Michael Robson takes us through the process for creating his fearsome orc, with a focus on skin shaders, using ZBrush, Mari, Maya, 3ds Max, Substance Painter, V-Ray, and Ornatrix...

Hello, my name is Michael Robson and I'm a 3D character artist. In this tutorial, I'm going to take you through the process that I used to create this fantasy character. The main goal of this project for me was to learn a bit more about skin shaders, and since I'm a big fan of the fantasy characters and creatures, the orc was my first choice. The concept is inspired by Dave Rapoza "Orc Portrait" and a lot by ILM orcs from the “Warcraft” movie.

Choosing a concept and gathering references

This step is one of the most important parts of the entire project; good references will provide a better direction when it comes to modeling, texturing and shading your model. This is one of the steps that I spend most of my time on. The method that I use is to break the concept into a few parts (anatomy, fur, metals, skin, bones, and eyes) and since the concept has armor that's a bit blurred, I researched another concept where the artist had a similar design for his armors. 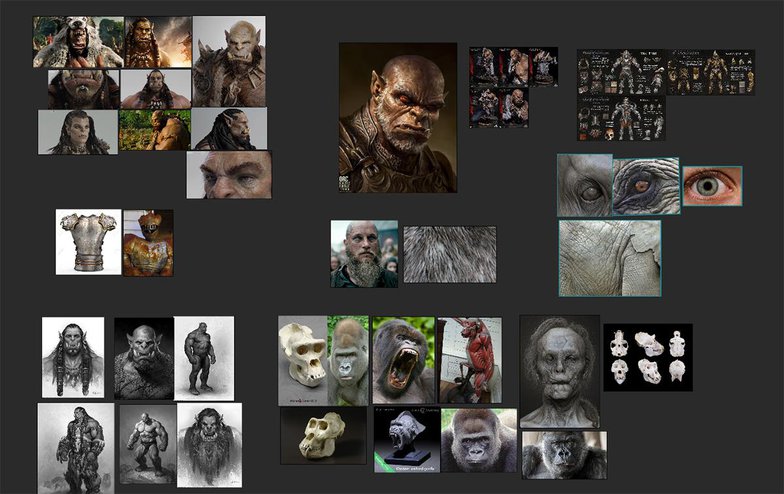 Starting with a basic sphere, the first step is to turn on Dynamesh so we have more freedom to move things around without being concerned about the topology. I slowly start to shape the head and add the main features of the face, like the eyes, ears, mouth, and after that, I move to the torso. When I'm happy with the primary forms and sure that there will be no big changes, I use zremesher to get a better topology and work with the refinement. 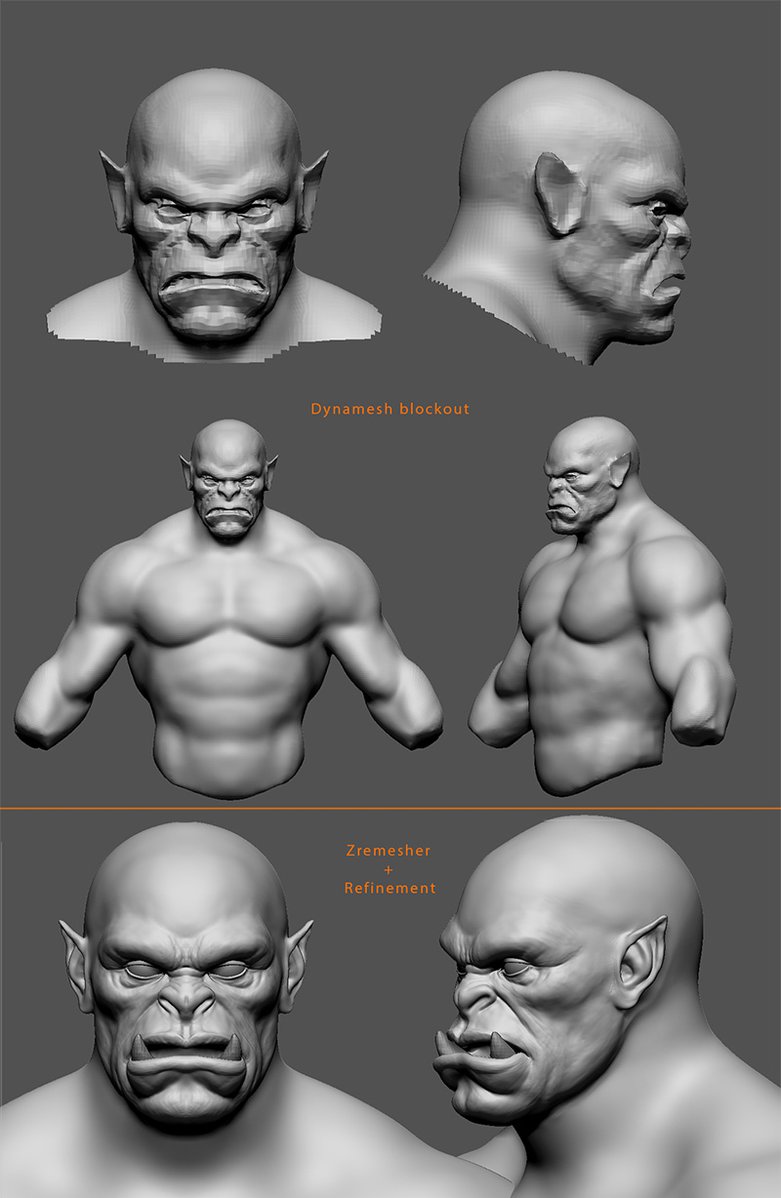 When I'm happy with the overall shape of the character, I start to mask, extract and block the shape of the armor in ZBrush to use as a base for retopology in Maya. Some other pieces were just poly modeled from primitives. In this step it is very important to keep the concept close to you, especially for the little pieces. 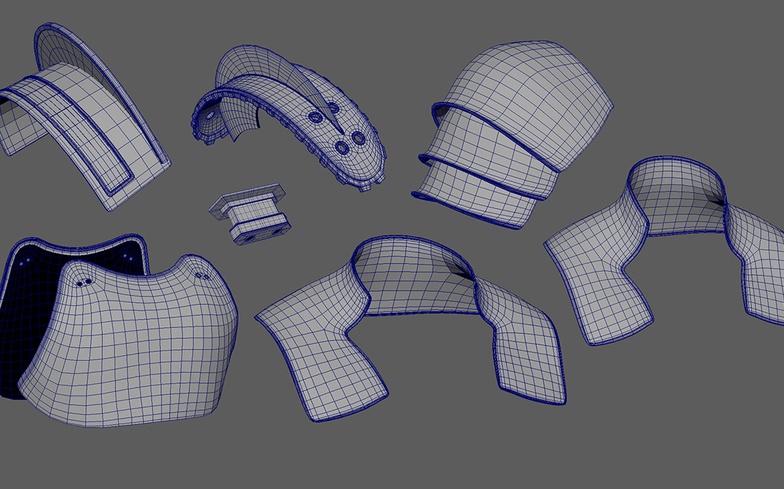 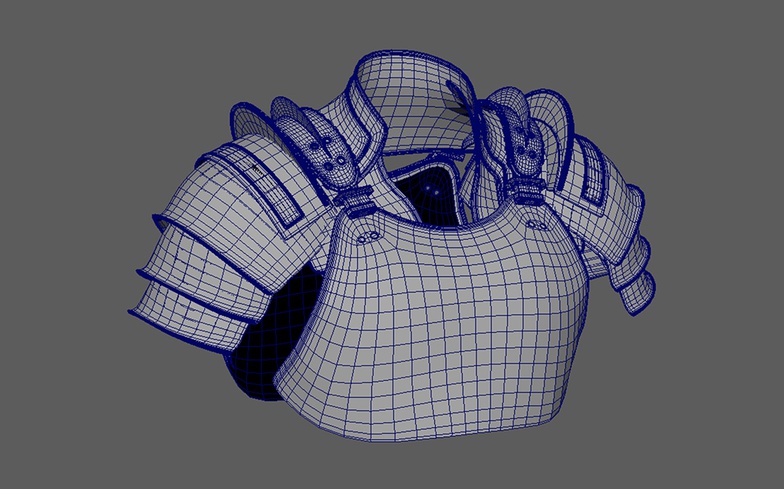 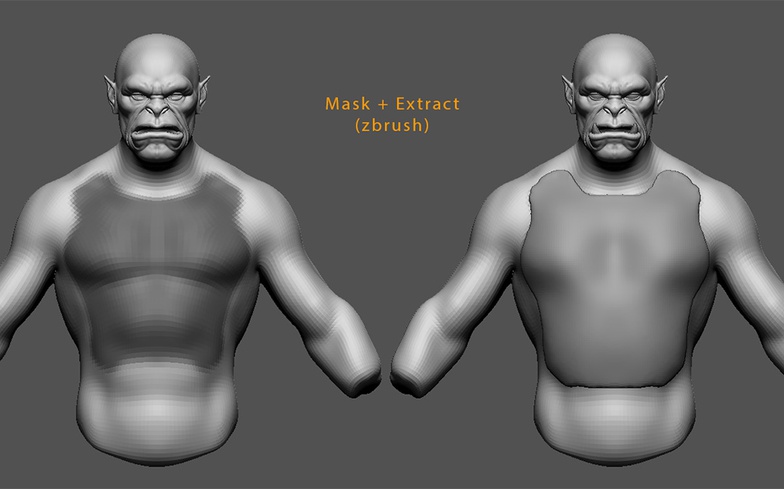 For the retopology, I export a decimated version of the base mesh sculpted in ZBrush and with quad draw, I start to rebuild the geometry on top of the sculpt. Usually, the areas such as the eyes, mouth, and nose have a bit more geometry; they mimic a bit the flow of the facial anatomy.

TIP: If you are doing a retopology in symmetrical mesh, you can mirror one side to another, this way you can save a lot of time. 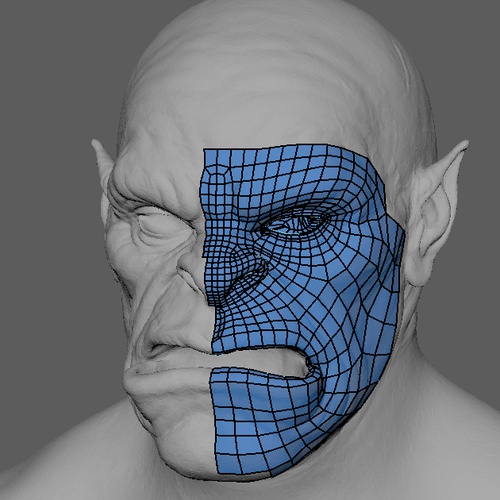 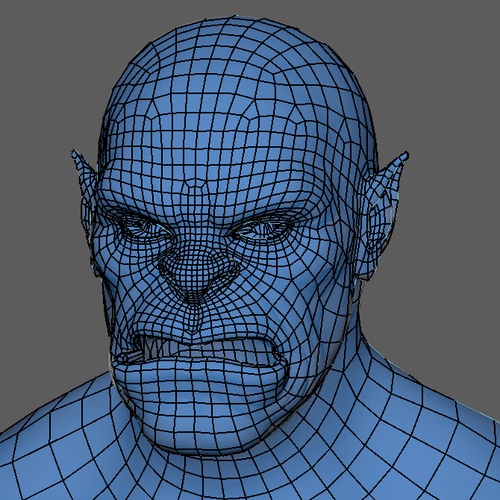 After I finish all the retopology, it's time to unfold the UVs. My personal preference when it comes to this task is to use Maya – the UV toolkit handles the job very well and it is very easy to use. In this particular model, I combine the pieces that repeat, such as the shoulder armor, the little golden piece holding the hopes in the shoulder, and so on, and later I created a different texture variation for each one. 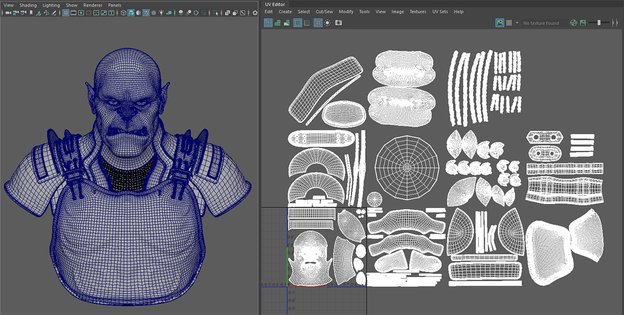 My favorite workflow to this part of the process is to always work with layers. The reason is that they are non-destructive, so I can experiment with different techniques on a separated layer, and if I don't like it, I simply delete that layer without losing the detail from the previous one.

I like to separate my layers into different kinds of detail, such as a break from the symmetry (it’s always good to break the symmetry into organic models, especially faces as this makes them look more interesting), a layer for an initial noise on the skin, another layer for a skin displacement projection, and finally another layer for scars and other imperfections. I do the same process for the armor.

Once I'm satisfied with the details, it's time to extract some maps from ZBrush. Those maps will help us achieve a higher level of detail into the low poly model. I usually extract the displacement and the normal map, and sometimes I also extract the cavity for a better skin detail.