Sculpt & pose a confident turtle with ZBrush, Maya, and Substance

Momen Elwan created a turtle in ZBrush for his students at ITI, and decided to push it to the next level and create a stylized character. Check out his making of for “Zohlof,” incorporating Maya and Substance Painter…

In this tutorial I will walk you throw all the steps that I made to create ZOHLOF. No need to use special outsource things, just years of practice will be enough. First of all I wanted to choose a simple concept to start with so my students can follow and achieve their goals of creating their first character. After a lot of searching on pinterest, I found this concept by the amazing artist bmaras.

At this stage I created a simple sculpt started from a sphere, tried to translate to 2d image into a 3d sculpt to see if it is going to be as good as the concept.

No custom brushes at this stage, just a combination of “move, clay buildup, standard, dam standard, trim dynamic” brushes. Then moved to his body, using Zspehere, I created a basic shape of the body. I always use this method to teach people how to build their own models the easy way.

Making an adaptive skin out of Zsphere to start sculpting and shaping it to match the concept.

After I finished to previous step and took a brake to refresh my eyes, I noticed that there are a lot of mistakes in the sculpt and its not like the concept, it felt weird, his leg is tall and thin, arms are long and thin too, long neck, and his standing position is not right.

After working on these elements to make the model more appealing, this was the result. Not finished yet, but you feel better after every step.

At this stage I moved to his shell and made a simple shape as you see.

Started from a sphere, trim its half and create the border by using curve tube brush and trim dynamic to make it look like this shape.

Next step was to refine the back shell’s border, I did that by using Paint brush to paint two lines along the border as shown and use “PolygroupIt from Paint”

The result form this stage is.

Then used Zremesher to get a clean version of it and using Zmodeler and Polygroups, I made polygroups as shown.

And by using Panel loops with no bevel on the edges, we will get this result.

Used dam standard to split to back section into pieces and then Clay build up and move brushes, and this is the result

Decided to cover his belly and created a shell for it.

At this stage, I used his body as a base, duplicate it, then by using the selection tool, select these two polygroups, then delete hidden, after that use your move brush to adjust the shape of it to fit perfectly in front of him as shown.

Then I used Zremesher to make a better veriosn of it In terms of Polygons. After that I used Zmodeler to polygourp it as shown.

Then used Panel Loops to make it look like plates connected to each other.

Finally finished all the necessary modeling and sculpting to be able to push things to its limits, at this stage I added a lot of tiny things, like his nails, sculpted tiny long textures on his front shell, made his fingers look sharp.

then started to add textures to him using the concept colors.

I did all the previous stages just to demonstrate and break down things to my students and show them how to use Zbrush to create simple cartoon character.

The project at this stage was done , I did a turntable of it and posted it on social media. The amount of positive feedback I get from it was way too much. After that the idea of taking it to the next level and made a good quality render out of it popped in my head. So, I decided to start cleaning the model, retopo, and make Uvs.

Using Transpose master and Zbrush Gizmo to make the pose.

All the thoughts in my head right now was to make a simple studio lighting and render it, but there was also a voice in my head told me to not waste all this effort and push it more and more. After searching for ideas, I decided to put him on a dropped tree in the middle of jungle.

I heard a lot about Quixel and MegaScans, but didn’t get the chance to try it because am only make characters. Using Quixel Bridge, I walked through the library and picked my items and sent them directly to maya, the process is so simple, you just have to pick your object, send to maya, and render it. I used these elements. 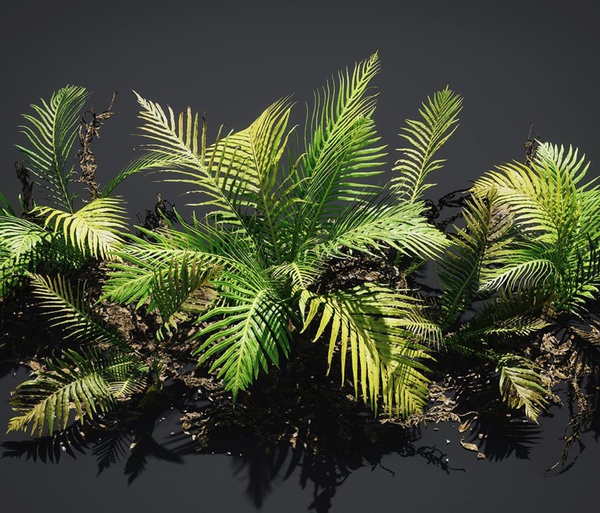 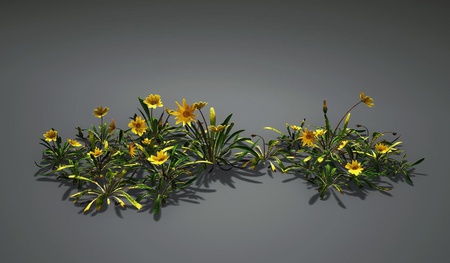 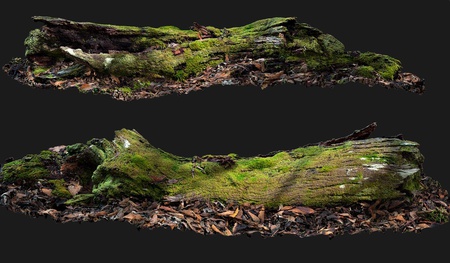 My first thing to do at this stage is to check uvs, export low and high objs for substance baking process. This is the result of baking process inside of substance painter.

For the body I used Frog leather back material and paint over it to match the concept colors.

Same material to the back shell, but I used the texture I did inside of Zbrush as a paint over layer.

For the border shell I used wood beach mid brown and the texture I did from Zbrush as a paint over layer too.

And Wood Acajou material for the front shell, and also the hand painted texture from zbrush as a paint over layer.

At this stage, texturing was done. Time for some magic inside of maya and Arnold.

Before applying any textures from substance painter, I always like to build my scene one by one from scratch in terms of lighting and camera position. So, the main idea was to put him on a dropped tree in the middle of jungle. From Quixel bridge, searched for the tree, sent it to maya and made everything in position for the first render.

After a lot of trying and testing, here is my setup for this scene. A skyDome light just to made reflections look natural. Back strong light to burn the edges. Top light for strong shadows. And front fill light.

the result of this render straight from Arnold is this.

My hyperShade setup is too simple as I did all the job inside of Substance painter, here an example.

At this stage everything looks faded and no depth or any compositing.So, I did some compositing, increased the character’s exposure and contrast, blurred the background and the objects that are too close to the camera. And here is the Final Render.

Hope you like it and find it useful for you.