Hello everyone, my name is Jesús, from Spain, and I would like to tell you about the process involved in the creation of this 3D portrait. When I thought about creating a portrait of a real character like this guy, and started studying his features, Fernando Botero's creations were soon brought to my mind. The real character evoked the traits of "boterism", a style created by Fernando Botero, a Colombian painter and sculptor. The oversized and exaggerated physical features of his creations can suggest tenderness, or political or sarcastic social criticism. My goal was to express real features and at the same time evoke a fictional character.

To gain as much information as possible about the shape of the model, I did a lot of research on the Internet to collect different pictures of the character. Be cautious as when you use images from sources such as the Internet, you might not get the details as accurate as you would like to, due to camera distortion and angles.

In general I look for long lens shots because they give a flat perspective of a face, a more ortographic image with less distortion. Profile photographs are very important as they provide us with much more dimensional info. But, most of all, pictures taken with different lighting conditions and from different angles can give a lot of information of the volume of the head.

The starting point was a cylinder which gave me those massive and exaggerated forms. Then, I sculpted the shape to adapt it to more human volumes. I used Dynamesh at a low resolution first, and I kept increasing the resolution little by little. For this model, I relied on Zremesher. This model doesn't have a good topology for animation works. But it was enough for my needs. I didn't want to invest much time on retopology because my final goal was to create static renders.

After finishing the primary and secondary forms, I moved on to working on the asymmetry of the model to achieve a more natural look. For the body, I used a base mesh created with Maya and then I did the detailing in ZBrush. Pretty simple here, just DamStandard brush for some wrinkles and then I used a seamless fabric texture. 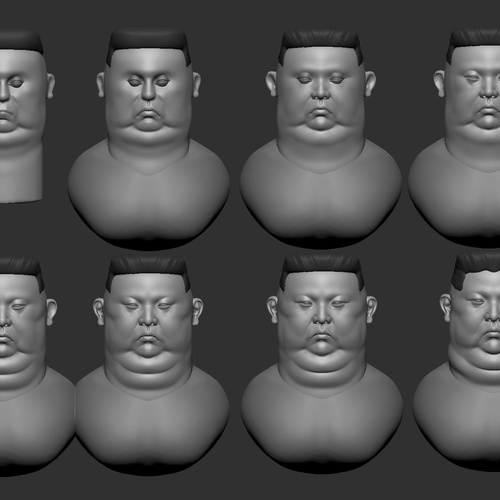 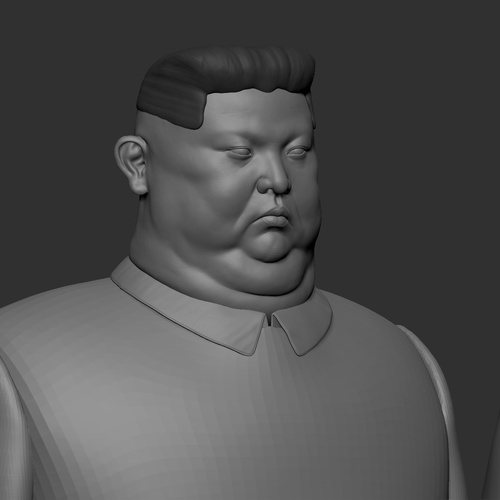 Before starting with the skin detailing, I used surface noise at two different scales on the whole surface to get a more realistic feel. As for the skin detailing, it was almost hand-made. I used the skin brushes by Pablo Muñoz (@Pablander) and some displacement textures from Texturing XYZ. I found these brushes really useful, and an appropriate use of layers allow you to have a lot of control over the kind of skin texture you really want to create.

For the hair I used Xgen in Maya. I first extracted the different parts of the mesh to create the scalps. Before starting to put the guides, don't forget to get their corresponding UVs and then create the necessary maps. If you are going to create the maps inside Maya, be patient, as sometimes this can be a little buggy.

Once you finish placing the hair guides, I advise you to export these guides as curves to make a backup of them. If your Xgen file breaks down for any reason, you can always re-import these curves and convert them into guides. To finish with the hair, I applied different modifiers like clump, noise, and cut. 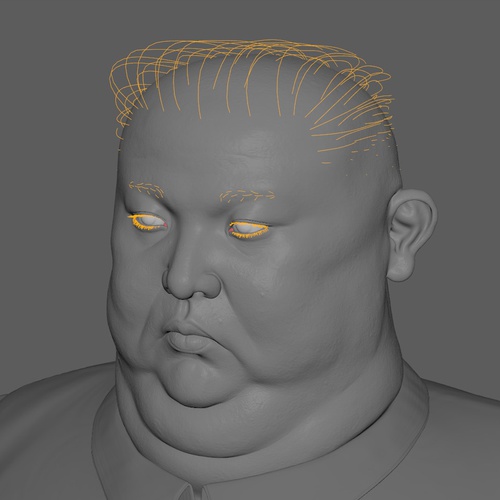 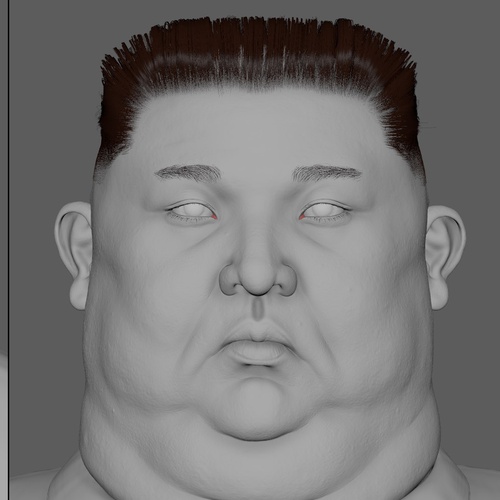 For the eyes, I created three meshes, the first mesh was for the sclera and cornea, another mesh for the iris, and the last one for the pupil. The detail for the first mesh was created in ZBrush. You'd better make sure the noise scale and veins are correct for realistic reflections. For the iris, I projected displacement maps from Texturing XYZ.

The shaders for the sclera and cornea were combined using a ramp texture node. Be cautious in the mix of both shaders because it is important for a natural look. 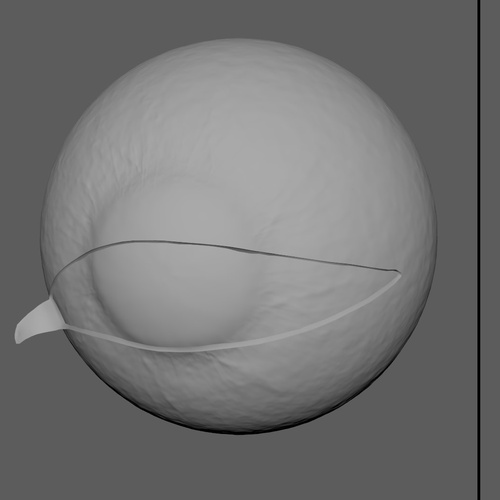 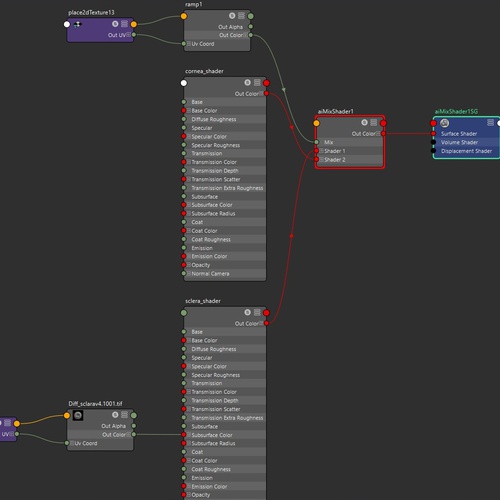 First of all, I worked with Maya to cut the UVs, getting 6 UDIMS for the head. For texturing, I used Mari to project the diffuse textures and I added some spots by hand, using the default brushes, more contrast, and some color correction. For the specular map, I created a cavity map in ZBrush, using the masking tools and then exporting it and retouching it in order to increase the specular effect on the oily skin zones. The roughness map is very simple. I used a homogeneous grey color for the whole face, except for those areas which could be wetter or oilier such as lips and nose.

To get a realistic look I used ai Standard Surface shader. I just added some nodes for small adjustments of the textures during the render to be able to iterate faster. To get a realistic scattering subsurface, it's important to control the scale parameter taking into account the scale of your model.

For the hair, I used ai Standard Hair, quite easy to use. I just touched the IOR and roughness parameter to get a wet effect.

The rendering was done in Maya with Arnold. I was playing with several lighting setups, my main reference for lighting is the cinema. In the end I decided on two different lighting setups, but in both of them the lighting from above is predominant, as I was looking for a more impressive image of the character. I also used some area lighting that only affected the eyes in order to improve the reflections. You can play with different light temperatures and exposures until you get the desired effect.

During your work, don't lose sight of the references to keep focus on your goal. Be tidy and organized with your project files. Finally, keep on practicing mindfully, this is the way.