Sculpt a Shaman in ZBrush

Hi, my name is Davide Sasselli and I am a 3D artist. At the moment I'm studying to become a character artist. This artwork was born from the desire to replicate the style and design adopted by the Santa Monica Studio in the new chapter of GOF, and to push myself into a new project.

The research and the choice of reference was one of the crucial parts of the project, because by not having a precise concept to follow, I had to recreate a functional design, which was at the same time interesting in its forms. I had to look for references that would give me more clarity for what I wanted to recreate. So I divided the choice of reference into different parts: modelling style, and subject. 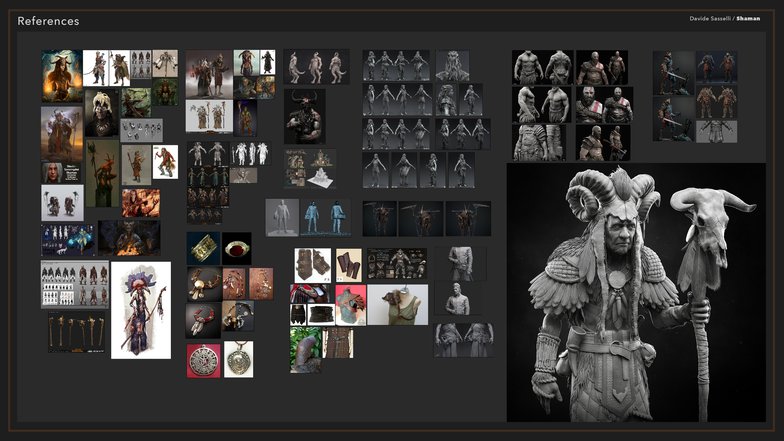 I started from a rough initial block in Dynamesh with ZBrush making the basic shapes to find the silhouette, not initially affecting the appearance of the model. Initially, I recreated the main volumes of the model and then I perfected them while I was creating the character. 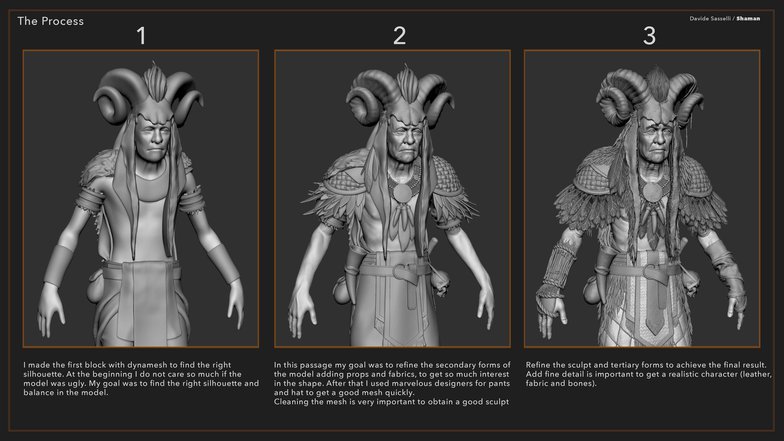 Once I achieved a correct topology for sculpting (quad) I started adding detail. In the initial phase I concentrated on the realization of the primary forms and then subsequently the secondary ones, only to add sculpt detail, with native alphas of ZBrush (brush, stencil, and so on) and adding noise where needed. 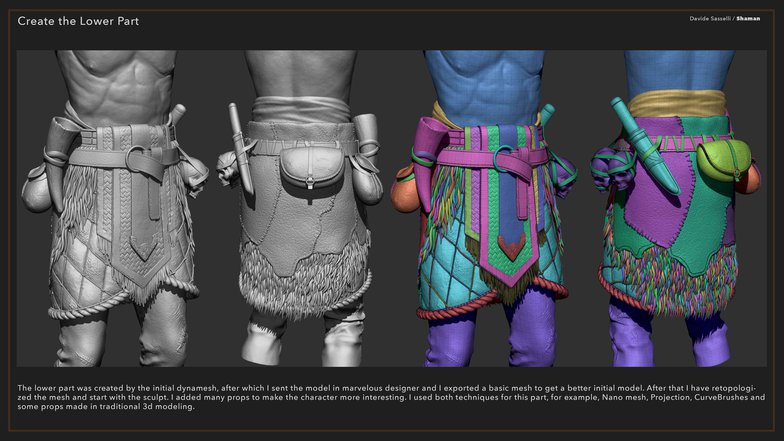 In the project, I experimented with different techniques of sculpting, mixing sculpting and traditional 3D modeling (poly modeling). The biggest challenge was to recreate a piece of the shaman's armor that had realistic feathers (shoulder pads). Usually, to make feathers in other software, it is done by creating filaments or cards (Fibermesh, XGen, and so on) but wanting to experiment in ZBrush, I tried to recreate them in a mesh by modeling them one by one, thus obtaining a more impacting effect on the sculpture. 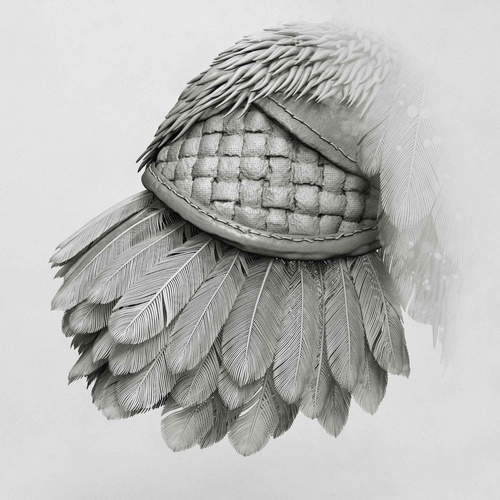 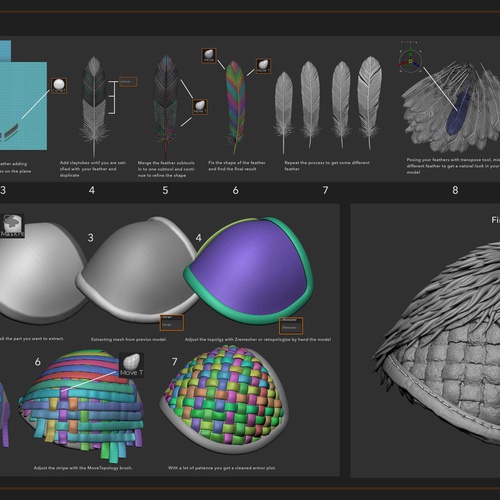 The cleanliness of the project and the topology itself play a crucial role in making it easy to manage a project with such a high polygon count. So maintaining the order and cleaning the SubTools in ZBrush is essential. 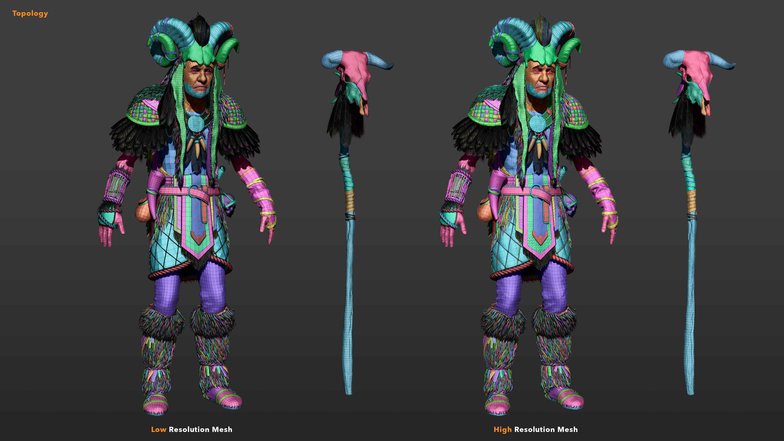 After finishing the model, I posed the character through ZBrush’s Transpose Master. Posing the character is important to get more pathos in the scene. 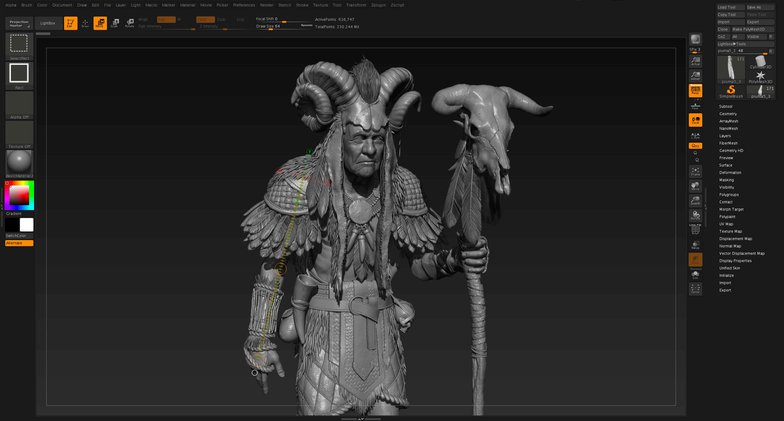 After getting a high-poly model pose, I switched to rendering in KeyShot. My approach was traditional or trying to recreate studio lighting, using techniques I knew about other render engines (Arnold, Redshift, and so on). I used a HDR recreated in doc for the final Images. 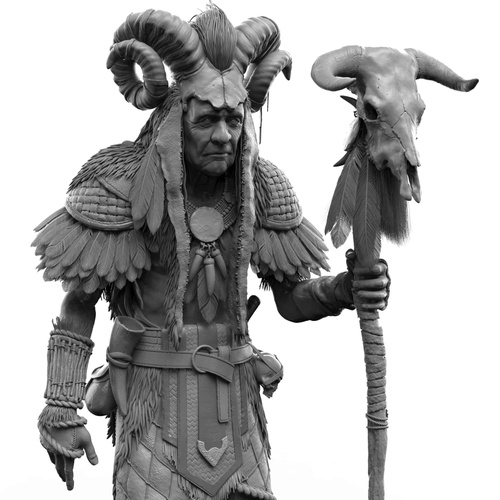 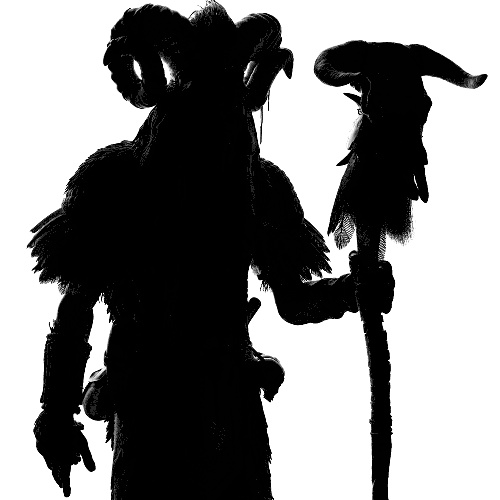 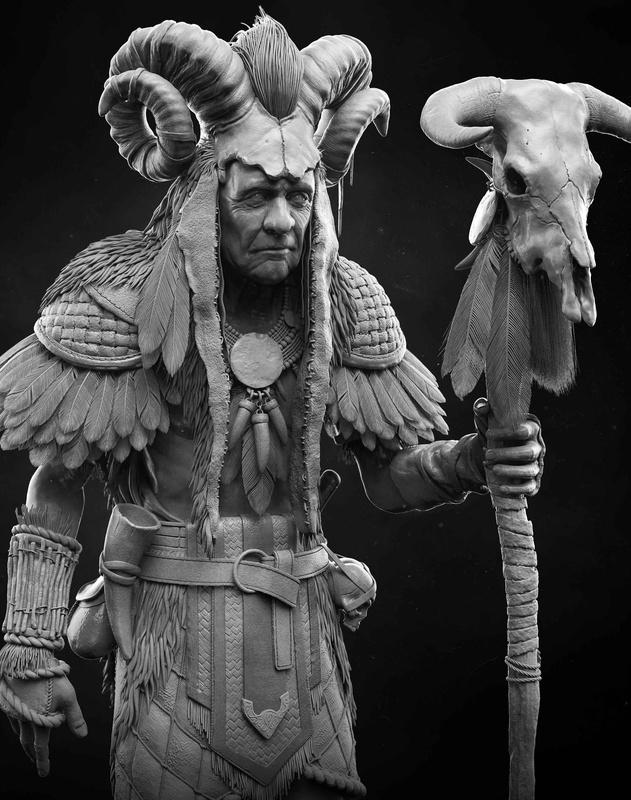 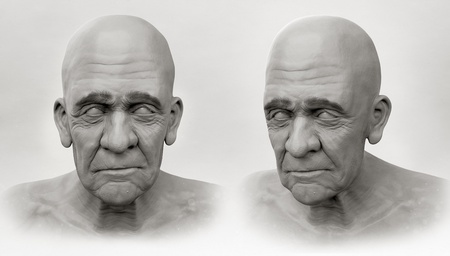 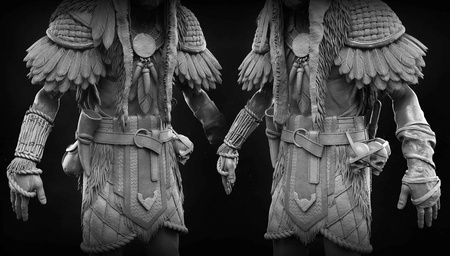 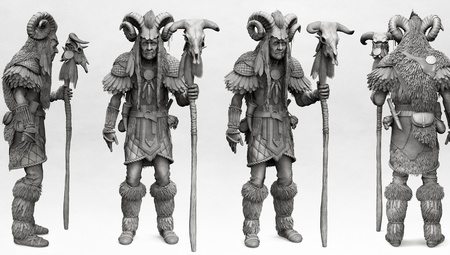 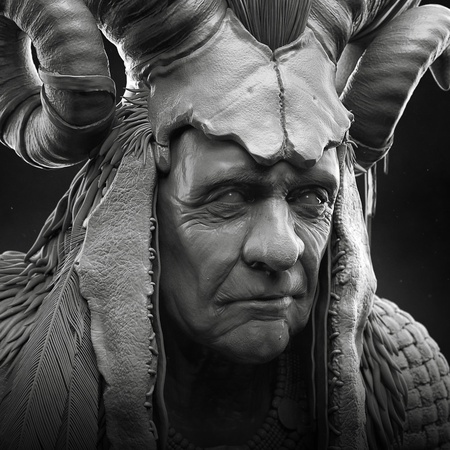 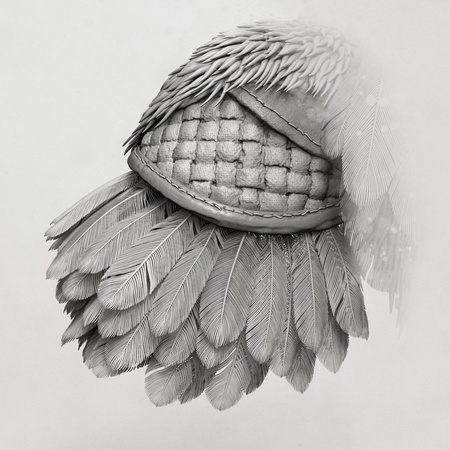 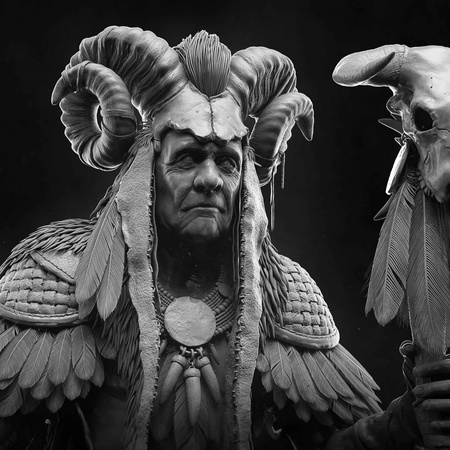