The purpose of this simple tutorial is to show how I used the 3DTotal texture cd's to rework an old picture. I made only few changes in the composition, but I had to modify the lighting of the scene a little bit.

I'm working in Vue D'esprit 4.1 but it will work just as well in any other software. 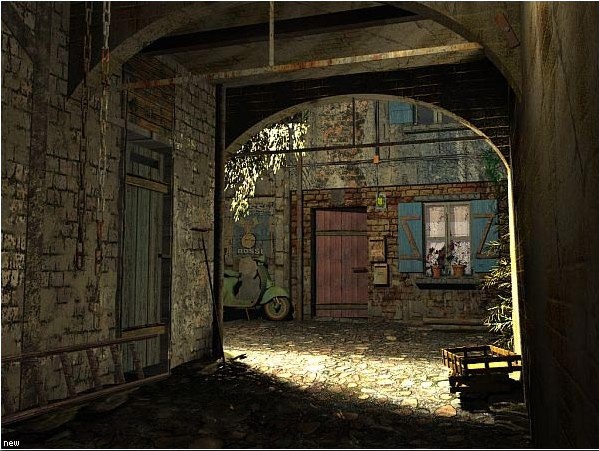 Here's how the image looked before I used the TotalTextures CD's: 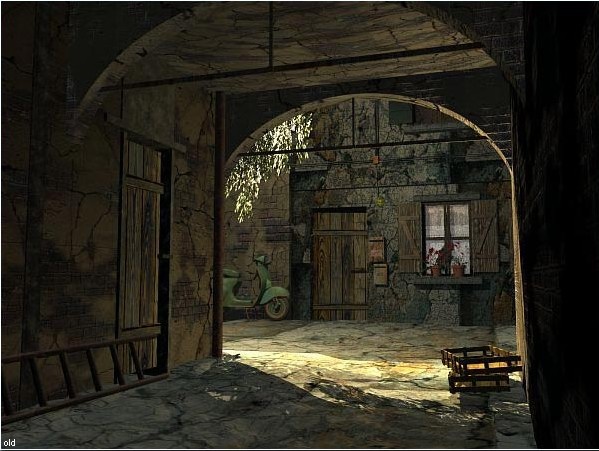 When I created the scene for the first time, the first step was modeling and texturing the walls and all other objects. All objects were made of spheres, cylinders and cubes, using boolean operations, directly in Vue d'Esprit 4. 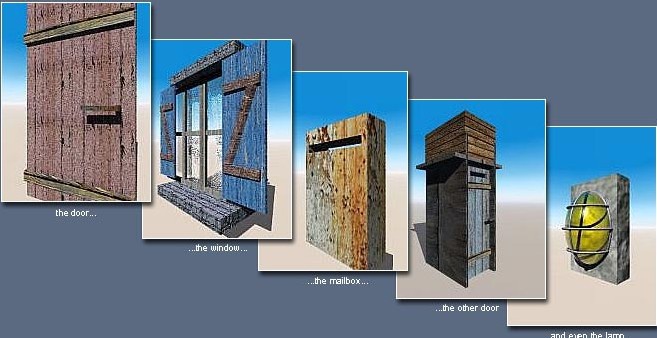 For the ground I used a hi-ressolution cobblestone-map found on TotalTextures Volume 1 and for the walls I have mixed a brick and concrete map from Volumes 1 and 2. 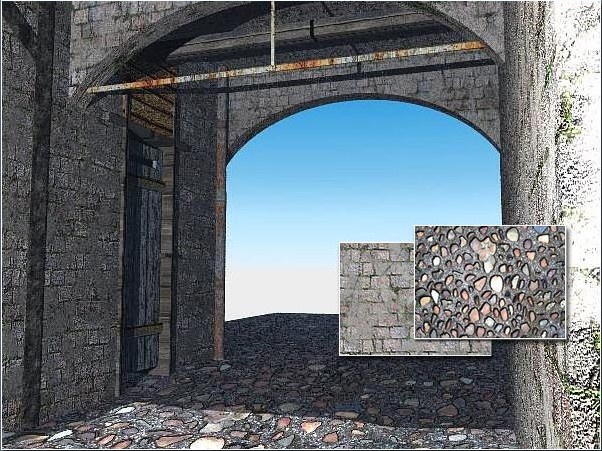 In Vue I created a material using the algrithmic mixing function. In other Packages you will find similar Materials.

For the walls in the background I picked 3 more texture maps from the CD's - two of them were mixed for the lower part of the wall, the third one served as the upper part. 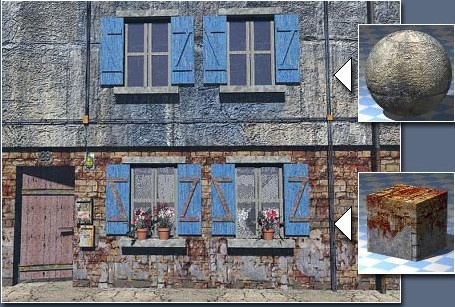 The texturing is here not finished. Never forget that you cannot choose the final texture until you have set the lighting. Textures may have a very different aspect under different lighting conditions.So consider this is the basic texturing...

Combining the previous elements, I have tried to find an interesting lighting 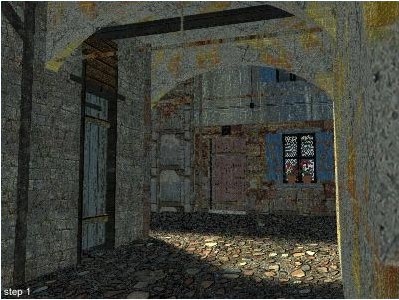 Step 1 - Finding the position of the sun 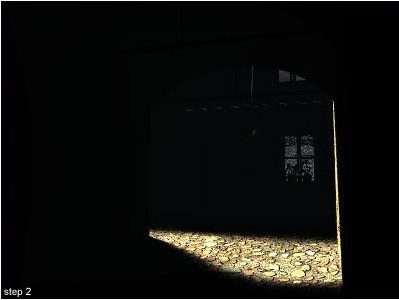 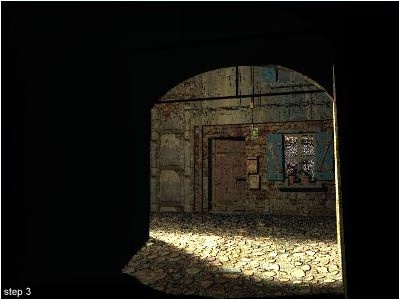 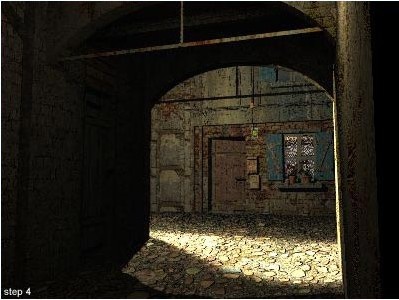 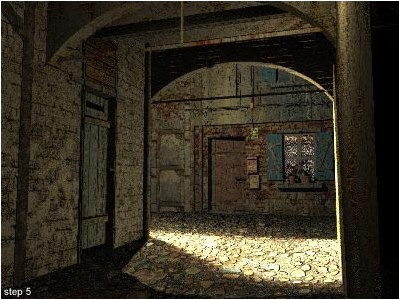 All these lights are of low intensity, but with very high softness.

This technique is good to to obtain a faked radiosity. 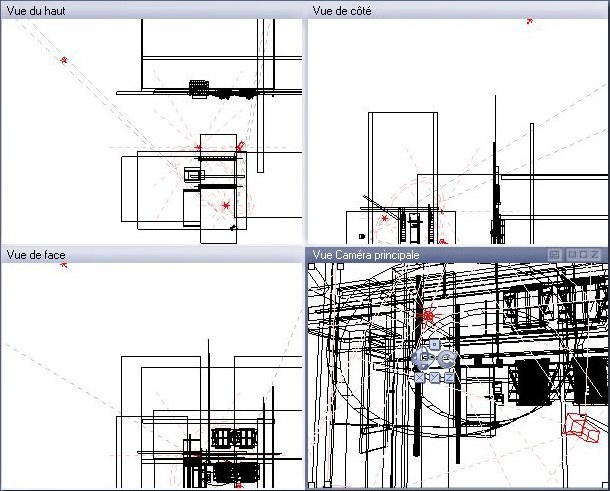 Now, with the lights set up I added some objects to the scene:

Here I have added the very nice Vespa model by David Lam that can be found at 3D Total, too. 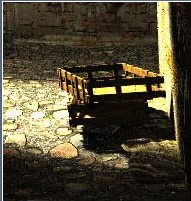 Then I put in some vegetation to catch some light.

This has a very intersting sideeffect too:
it corrects the shadows on the ground which are now quite realistic.

The two crates on the left catch the viewers eye by creting a small lit area.

Finally I began adjusting the textures:

1. I have increased the bump level of the texture for the left wall and add some reflecivity to the concrete texture. This add some contrast by catching more light on one of the two textures. Remember, I mixed two texture maps for this wall.

2. To modify the texture of the walls, I used this technique too: At first I generated a Terrain and assigned a texture to it, then I cut this terrain out of parts of the walls using bolean difference (Substraction). The walls will then look as if they are partially falling apart.

This highly increases the level of detail in the scene.

The last two operations performed on the Image were "edge enhancement" and "gamma correction".

I did that using a simple little software: XnView. You can as well do it with most other 2D Packages, though.

That's all folks - I hope you enjoyed this.