Here are a few tips to quickly making a stream of flowing lava. I hope somebody out there can use it.

Start by making a box like this. You will need to make it large enough to contain all the lava for the entire animation. 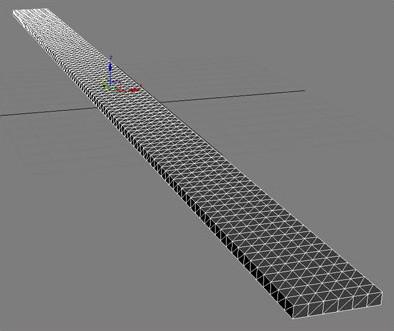 Add a turbosmooth and some noise, for geometrical variation: 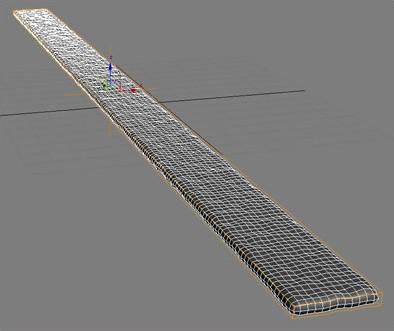 Create an FFD box (as a separate object, NOT as a modifier!) around part of the lava, like this, and bind the lava to the FFD with a space-warp bind

Bend the lava into shape by moving the FFD box control points: 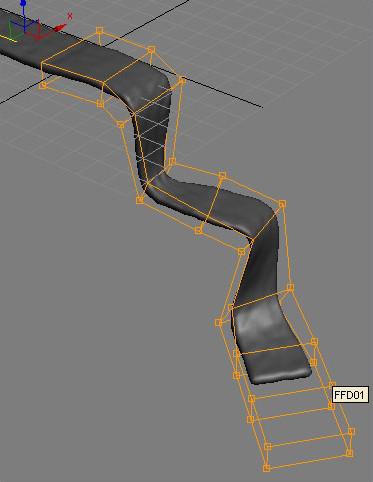 Go to the final frame in the timeline, turn on ANIMATE, and move the lava through the FFD box 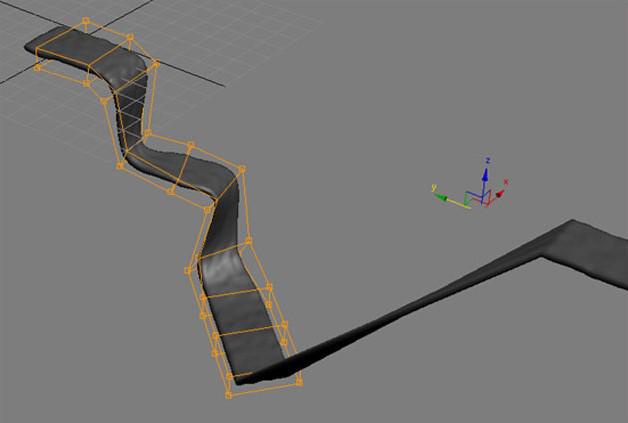 Voila, you're done! Play back the animation, and the lava is flowing.

Here is an animation of the lava.
http://www.duck.dk/cgi/jussing_lava_animation_web.mov

Note that you will need to change the key-frame types to linear, if you want the lava's speed to be constant.

Also, as it appears in the picture above, as soon as the lava exits the FFD box, it will pop back to its unmodified position. You will need to take this into account.