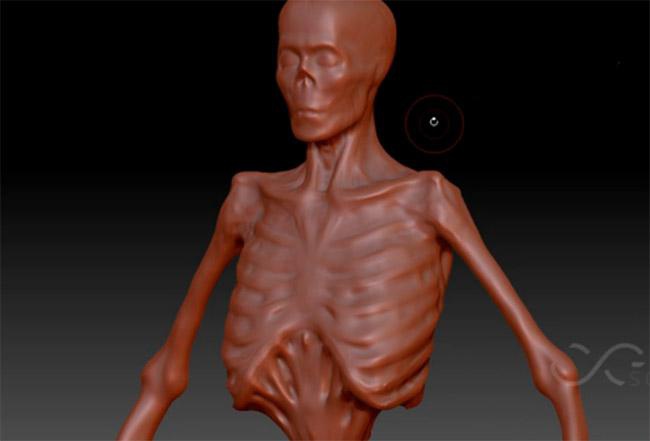 This tutorial is about the modeling of the Wraith, a character from the short film Our Lady of Lourdes by Peter Szewzyk. Peter is an independent director and also a personal friend who I'd worked with before on other projects like his short film Colour Bleed for the BBC Film Network.

As with previous projects, this one needed to be done really quickly, so making a proper plan and giving proper thought to the development of the characters was crucial.

A Good Start is Half the Work

So the first step was to know what the character was meant to do in the animation, and how to achieve the most complex areas of the design. For the Wraith, all the wires were going through the skin and shaping the model.

So the character was made into two different bodies:

1. An outer body, with the shape of the concept where the wires were drawn using paint effects
2. An inner body that held the visible Wraith skin and the rig

This tutorial is about the modeling of this inner skin.

A model can normally be achieved in many ways, but mostly there are two main roads:

A. From topology to sculpting. Start by building polygons and moving vertexes, while designing the topology at the same time. Then do some sculpting to add the detail or DSP maps.
B. From sculpting to topology. Work directly on the sculpting, focusing more on the shape at first and later building a mesh on the top with the proper topology.

In most cases I work with base meshes that already have good topology, for faces, hands, etc. For the Wraith, topology wasn't that important since the model didn't have either a face or hands. They were not going to be animated either; only the arms and head were. Topology was going to be something easy and quick, so it made more sense to use method B.

Also, another important detail was trying to achieve a mummy, dry skin effect, where the skeleton would be visible and the skin would look like it had melted over it.

I could have sculpted this by looking at anatomical references, but that would have taken me longer, so, instead I chose to use any possible free skeleton I could find online as volume reference. Yes, it was basically cheating, but it saved me a lot of time.

Later I built a mesh matching this skeleton and, with the help of DynaMesh, melted both together. With this I had the sculpting process and the details done and therefore only the topology was left. QRemesher did a very fast job on this.

So after all this planning, it was clear that ZBrush was the way to go and here's how it was done: