Hello everyone, I am going to show the process of creating my recent artwork called Craving. As I am always passionate to share my knowledge with others, I want to say a big thank you for giving me this opportunity to offer this tutorial. First of all my inspiration came from a stunning photograph of Dima Hegma, which I had happened to see on the web. This image was the inspiration to make Craving and it’s beautiful as the warm light from the fridge falls on the lady. I exaggerated a bit by extending the set further backward. The assets used in the scene are downloaded from various resources. I was eager to do CG scenes the moment I stepped into CGI. The advantage of doing personal work is you will be improving your skills and vision, art direction, and so on. So let’s go... 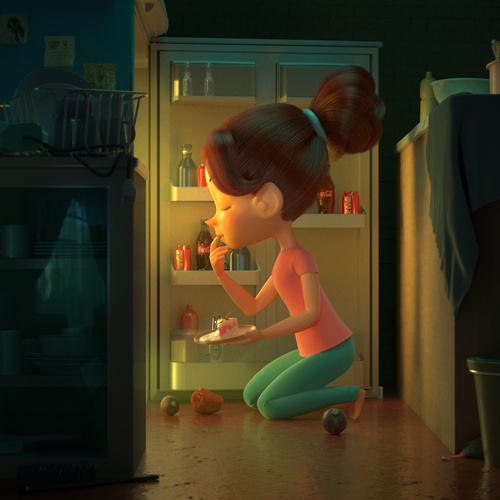 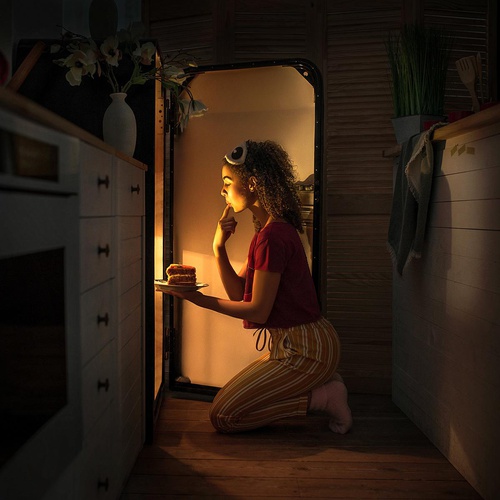 The first step was deploying my assets and setting a camera to show what I intended in my scene. It was easy since I had the reference photograph. I wanted to set a resolution which was not vertical as the reference image. I wanted to bring in the feel that the kitchen is extensive, towards both sides of the screen. So I placed the shelf on the left. On the right you can see a rat is also ready for his turn, which I think adds a little bit of curiosity or interest to the scene. My scene is showing my character craving so much for her cake in the fridge. In a hurry, she pulled and scattered the vegetables in the fridge and eventually enjoyed her yummy cake. The floor and the vegetables are downloaded from the Quixel Megascan library. 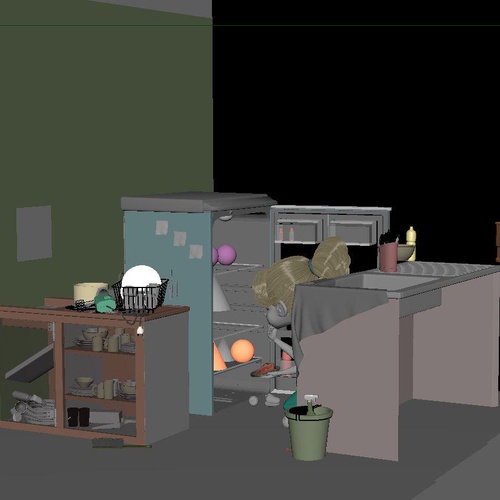 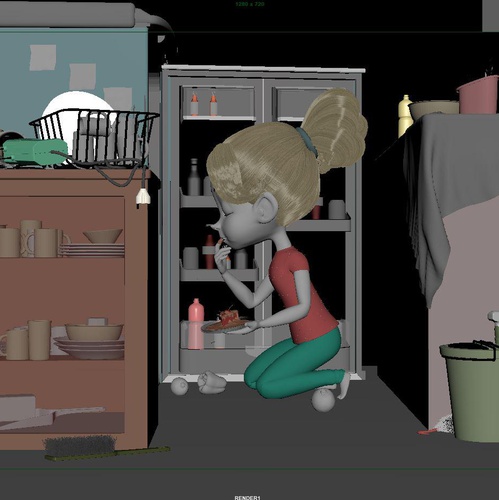 After the layout, I started with some texturing and shading as the next step. Most of it was simple aiStandard shaders with different parameters adjusted for various objects and its materials. Some models like the cola can had textures provided with it while downloading the model. The character look is achieved without a texture. 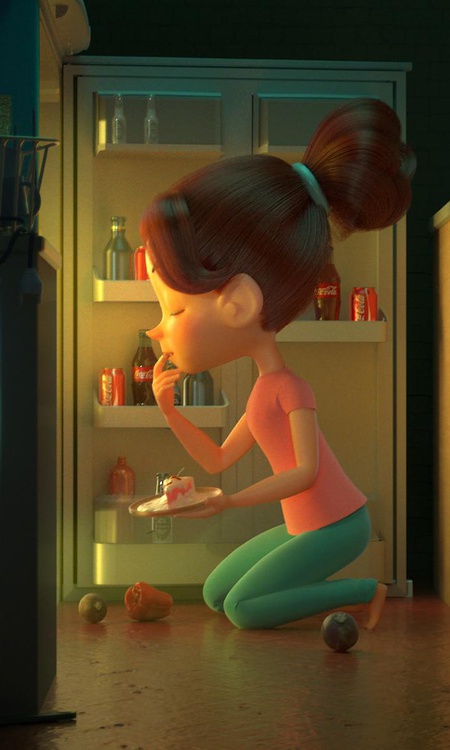 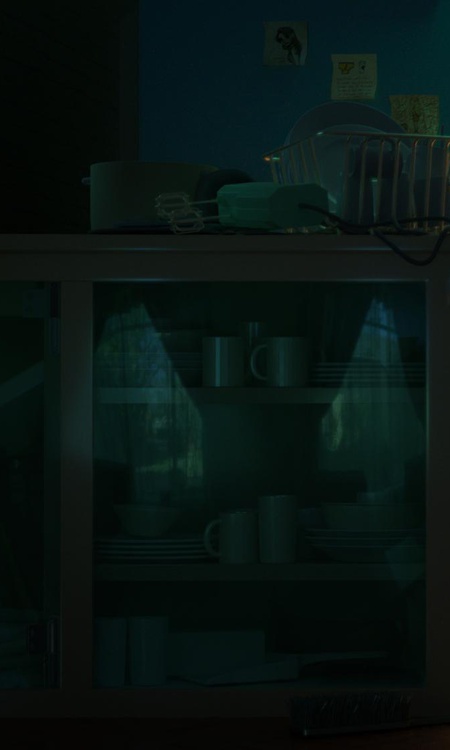 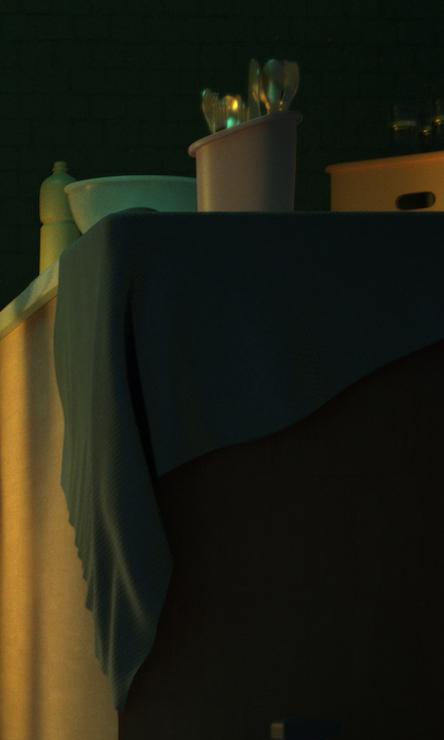 Fur and hair was the next step. It was very important to add hair to my character under this lighting since it would look shiny and add extra beautiful. I used xGen for fur and nhair for hair groom. It is an easy way to generate hair I feel, as it uses curves extracted from the hair mesh. I made it in 3 simple steps shown below.

Done! Tweak your parameters according to your needs. For the fur I used Xgen.Groomable spline on the rat and Spline option for the shirt fur. 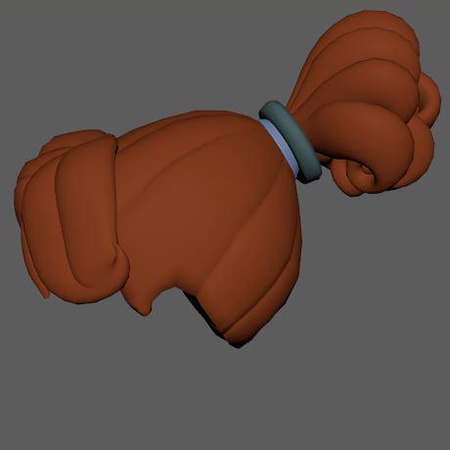 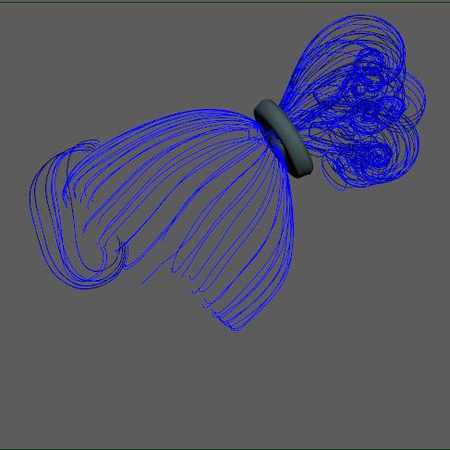 Curves extracted from the mesh 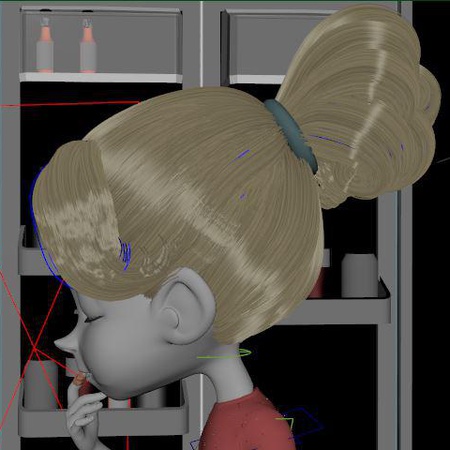 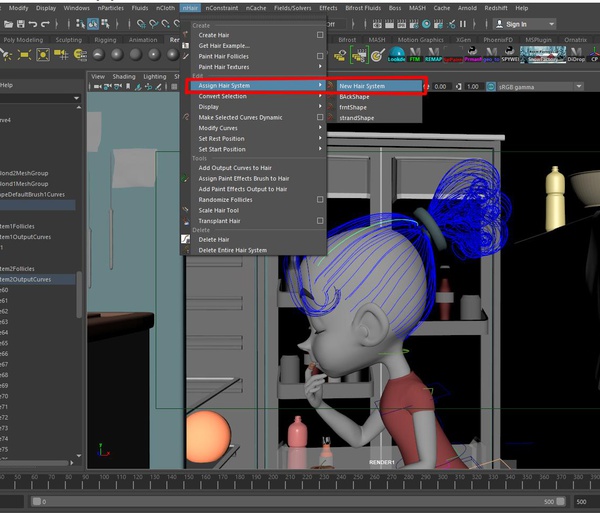 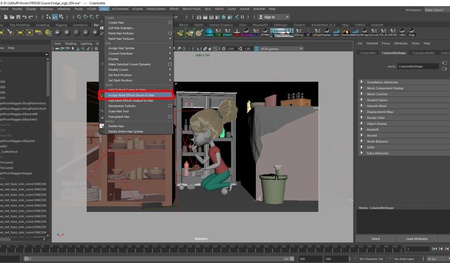 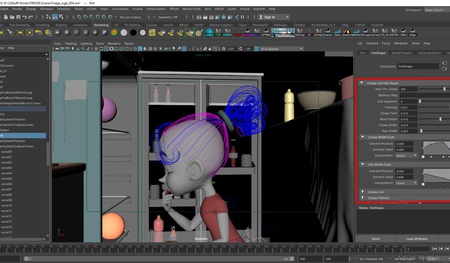 I believe the lighting is the major importance in this image. My thought about lighting was to create a mood in the kitchen which resembled twilight or evening, and most importantly make my character stand out with a nice subsurface effect. Let me explain one by one.

I used multiple rectangle lights inside the fridge with different intensities and arranged them in a way to hit the key light more on the face, so that the skin subsurface would look better. I added basic primitives inside the fridge cabin with colors in order to block the lights and bleed some colors. It would replicate a feel that the fridge is full of groceries. 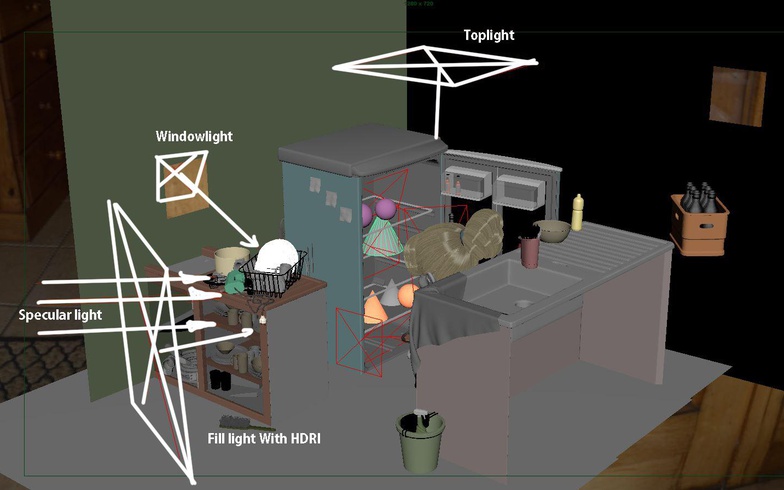 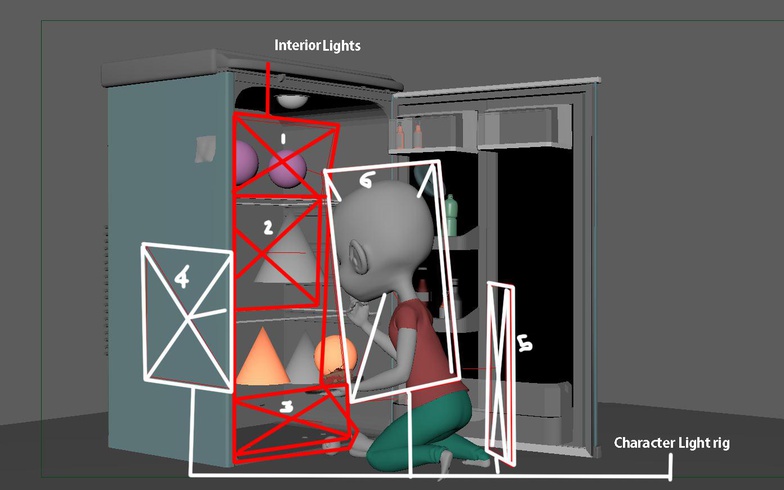 Fridge and character light set up 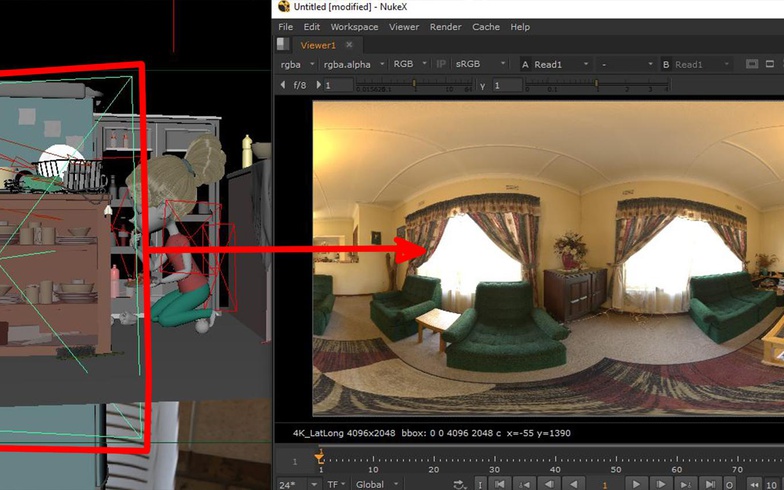 FillLight with HDRI in for reflection on the glass 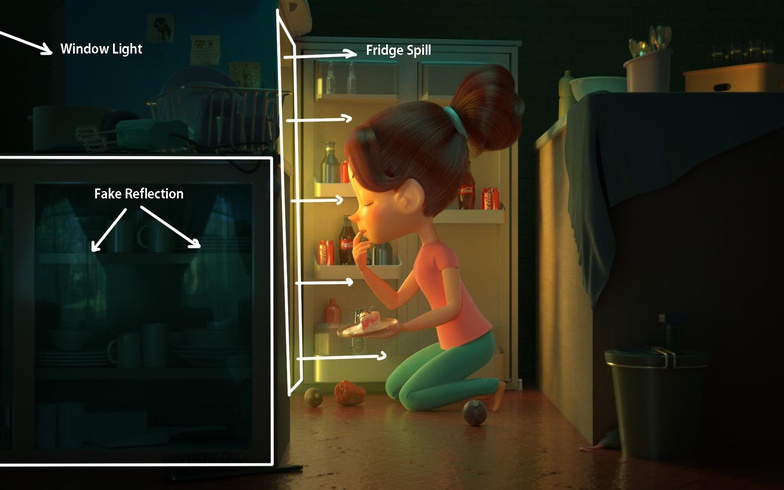 The next step was rendering. I decided to render it on 2000X1126 at the following sampling and ray depth settings. Rendered standard aovs with cryptomatte which makes life easier. Another thing is to turn on the atmosphere effect which I love to have in my scenes. Here it gave me a nice effect from the refrigerator. 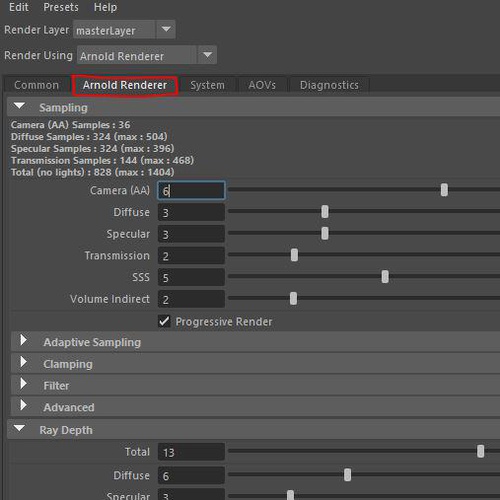 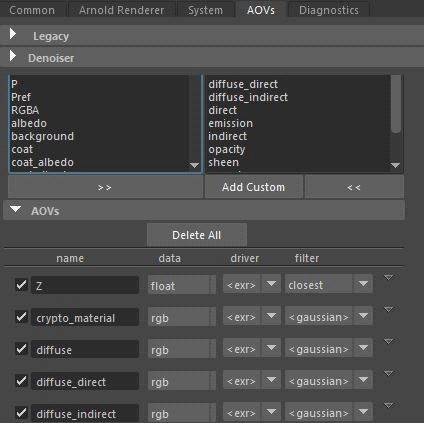 Compositing was the last stage and it was hard to decide which color and mood I should end up with. This is where we are likely to spoil the image. I am always obsessed with the right amount of black in my scenes since it’s really hard to decide what amount of black is right for the image. I have seen many great scenes harmed in its appeal due to bad compositing. Especially the amount of black – this is a very sensitive every image, especially with the highlights, and the burn need to be controlled. Here are my settings for grading in nuke.