In this article I will show how I made my Scorbunny image. I will talk about the beginning of the modeling process, texturing, grooming, rendering, and compositing the image to make it look better. I did this character based on one of the starter Pokemons of the new game that’s coming out soon.

Scorbunny is a simple character; he is some type of a cartoony rabbit and he has no clothes or accessories so you have to be more careful about his proportions in order to make it look good. There are still not many official images of it so I Googled some in-game images of it and started to make some proportions in ZBrush with simple spheres – nothing too complex, just to adjust proportions before the details.

After I liked the proportions of the character, I started sculpting with the mouth, ears, and feet of Scorbunny. I like to start first with the face since I think this is the most difficult thing to do in a character. Scorbunny has some hair in his cheeks that helps recognize his silhouette more easily. I wanted this cheek hair to be made exclusively with hair so I just made a reference of this with geometry so I could make some guide curves for the yeti hair system later on.

Finishing touches on the model

For the patch on his face and the orange collar thing I just masked the model on those parts and extracted them from the model, then tweaked them a little and use the zremesher to have a better geometry. After I am happy with the model I start the retopology on the body. I do this by decimating the model on ZBrush, then I use the model on Maya and make it live so I can use the Quad tool and make a model with optimized topology. 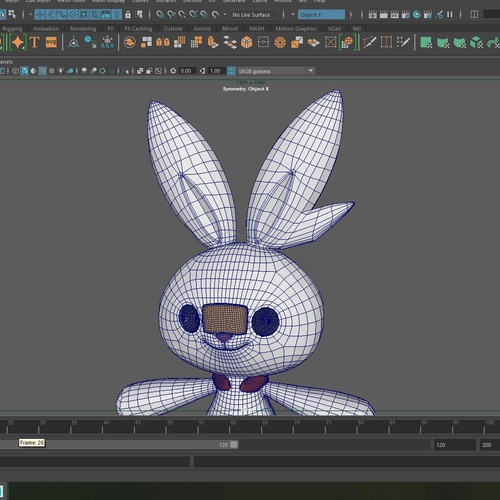 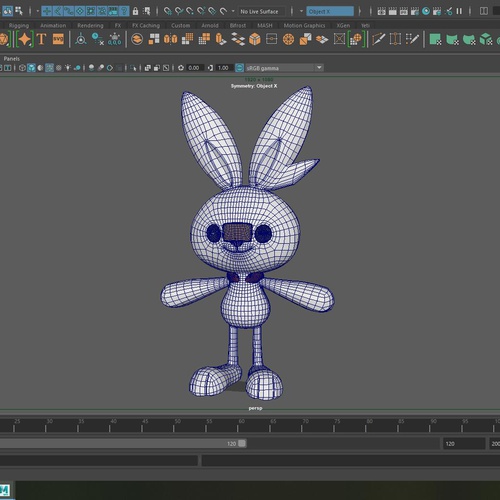 After I have a model with nice topology, I proceed to unfold its UVs. The UVs serve two objectives – to help draw the fur pattern and also you need them to make the Yeti hair system otherwise the Yeti hair won´t work properly. After I have made the UVs I Import the model into ZBrush and paint the fur texture in there. After this I proceed to make a simple rig on the character, just that I can pose it as I want for the final image. 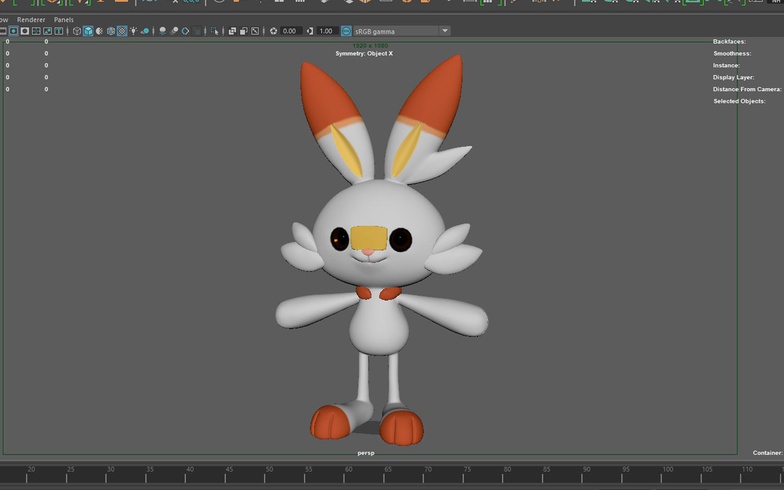 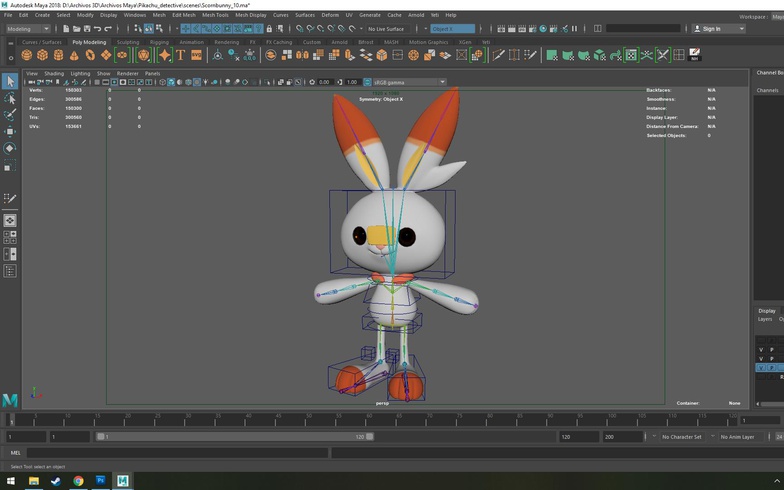 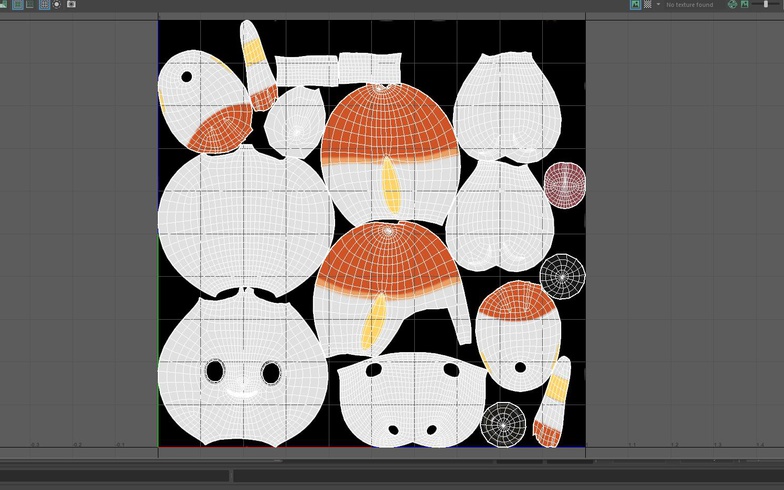 For grooming this character I used the Yeti plug-in for Maya. I like how you can handle the groom with the graph editor and tweak the values there; first I made groom guides for the body and groomed those, then I used that to make the fur by layers on the graph editor. First I make a base layer, then I make 2 groups of clumps to add variation to the hair and make it look more natural, then I make another layer of flyaways to add some extra detail. At last I make the guide curves for the cheek hair, and use those as guides for the hair. After I like how the fur looks I just connect the texture map to the fur and tweak some values of specular to make it look good, when rendering fur be sure to use a good amount of specular samples because arnold hair relies on specular values to make the hair look good. 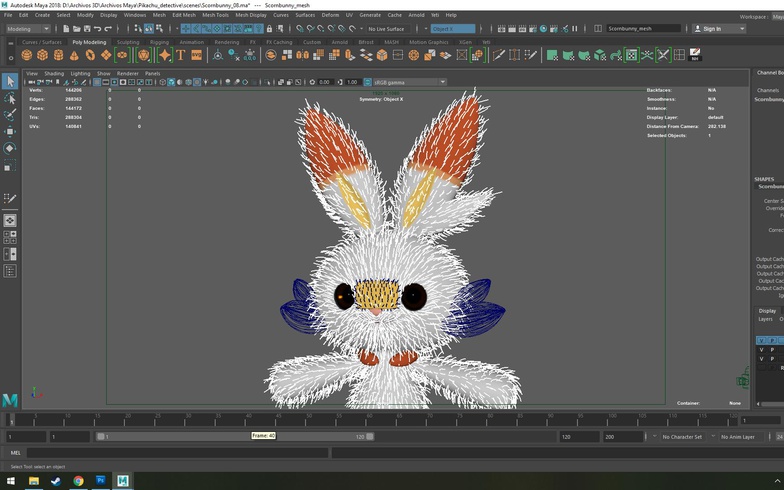 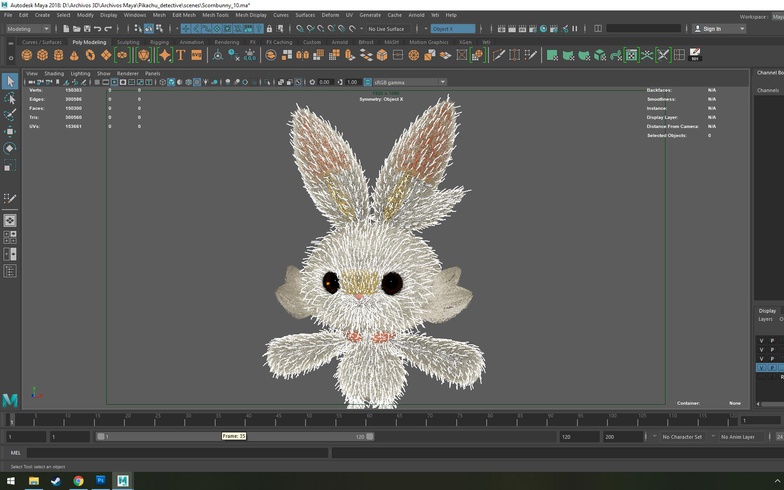 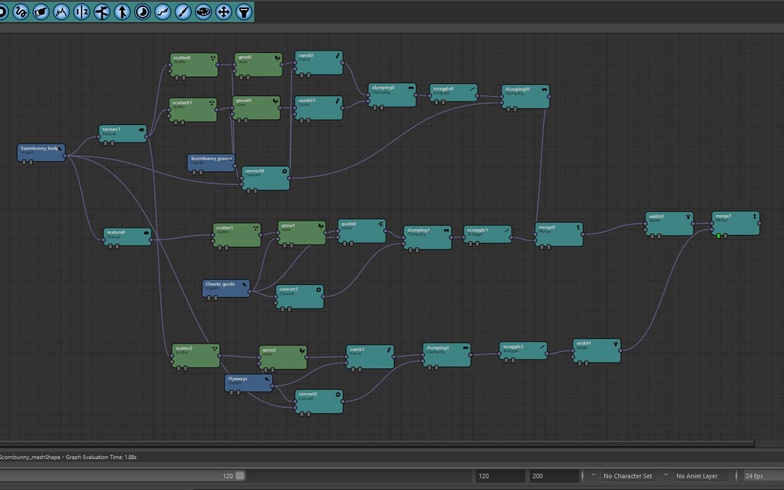 For the final render I just made some 3D planes for the ground and made a basic groom system for the grass. I used a three-point-light method for the lighting and started rendering. I also rendered a depth of field pass so I could adjust it later on in Photoshop. I used a photo of some clouds for the background and adjusted some level values to make the image look a little better. 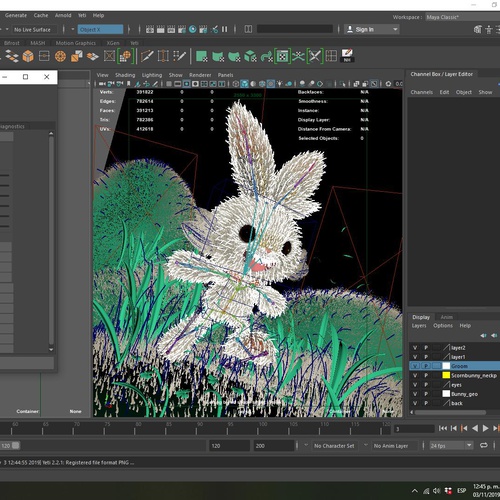 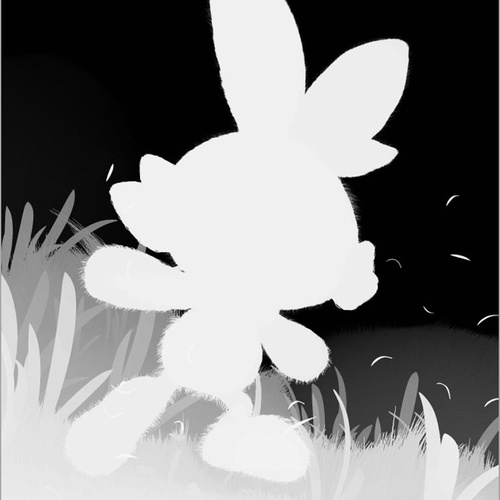