Model a World War 2 soldier in Maya and ZBrush

In this tutorial I will explain the process I used to create my reel character during my mentorship at Think Tank Training Centre Online. For this project I was mentored by Abrãao Segundo, who supervised me during the project and gave me useful lessons and tips. I will present my modeling, texturing, lookdev, lighting, and post-production techniques.

When choosing the concept I value many options. My search was to find a stylized character, which included both organic modeling and hard surface. I chose a concept by Sergio Pablos, who has always been a reference for me and I love the charisma he brings to his characters.

Once I was clear about what my concept was going to be, I began to investigate its background. I discovered it was a recreation of an American soldier from World War II. The search for references was easy as there are hundreds of articles from the Second World War on sale and reproductions that served me to see the objects without the damage caused by the passing of the years. 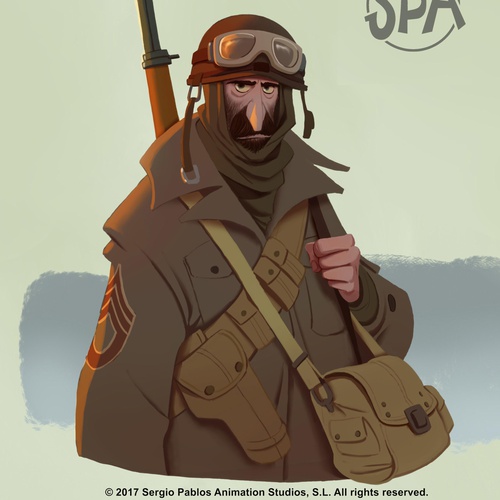 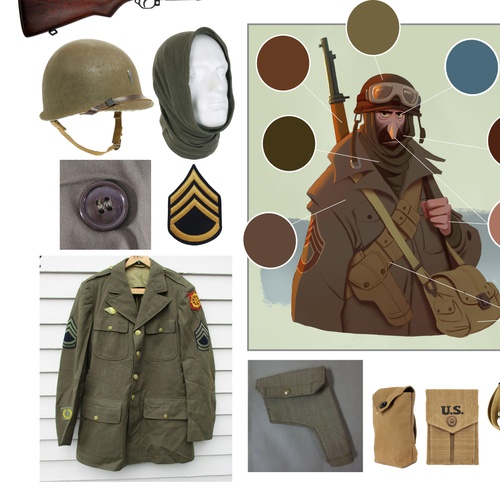 The most complicated part of this character was to interpret the anatomy of the character in the sketch, since the only visible body parts were the face and one of his hands. I started by making a blocking of the body from basic figures such as the sphere or the cylinder. Once all the body parts were placed I used dynamesh to put them together and work all the volumes together. Although the body was not going to be seen under all the clothes, I worked hard on all the muscles to have a solid base. 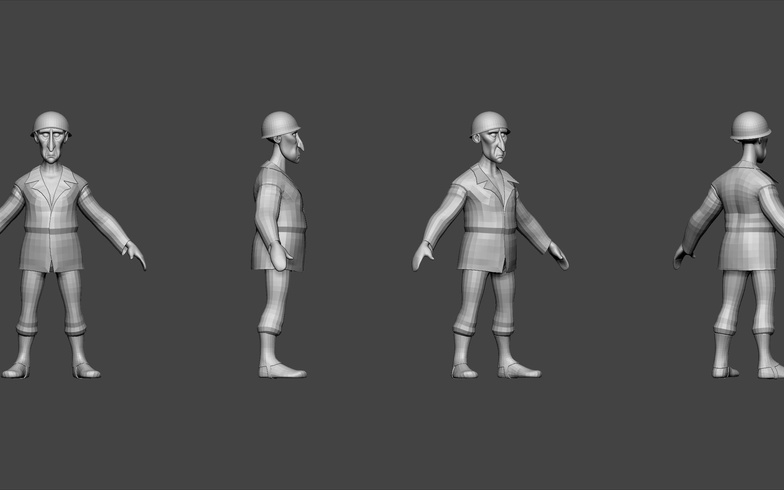 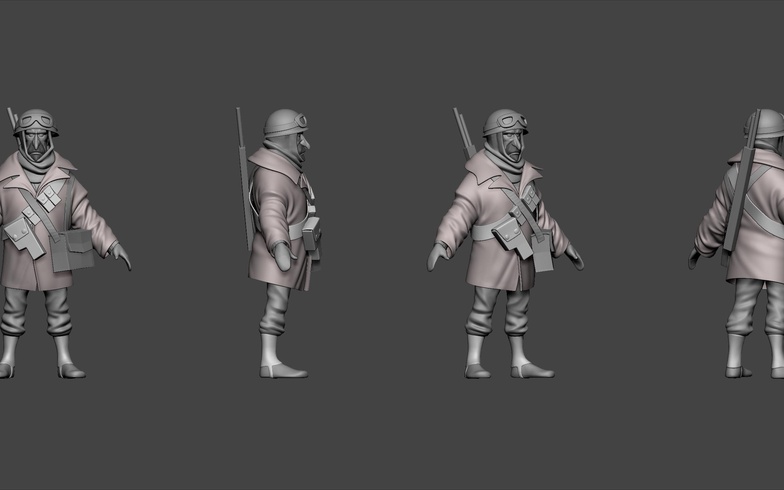 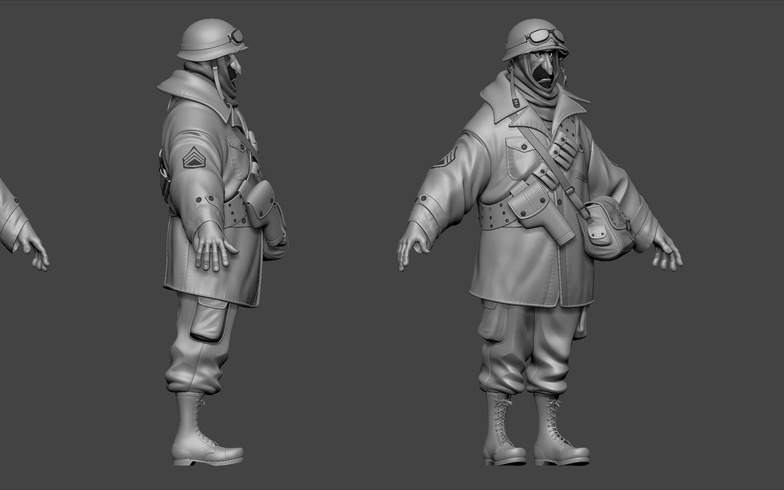 Once I had the entire sculpted body, I did a decimation master of this and exported it to Maya. My process in Maya is very simple, I place the sculpted body in a layer (with the live selection of the object) and create another new layer in which I will create the new mesh with the Quad Draw tool. I always start with the face, creating the mouth and eye loops. From these I create the rest of the main loops: cheekbones, nose, jaw, ears, and neck. Once I have done these loops I just have to join them together and make small adjustments. 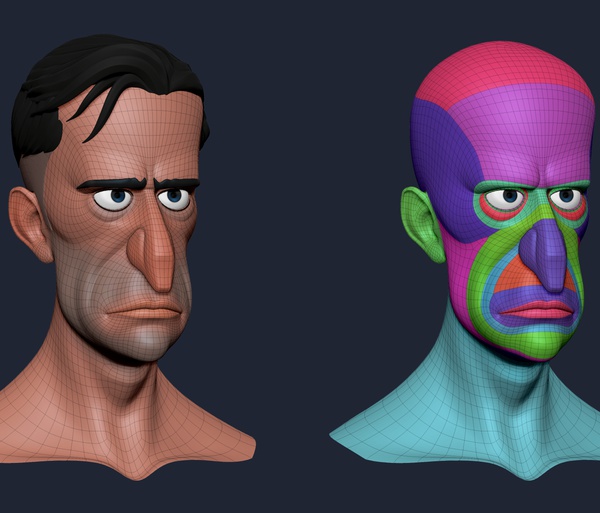 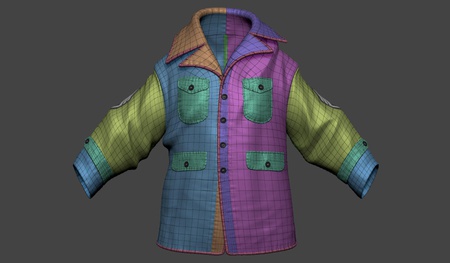 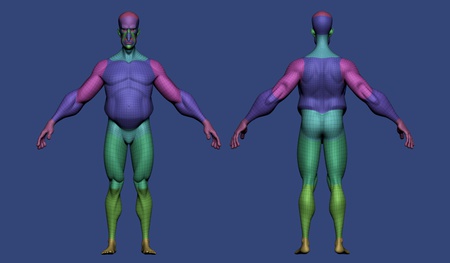 Except for body and clothing, all other assets were modeled in Maya. My modeling procedure is very similar to sculpting, I start with the larger forms, then the secondary forms and try not to add details until I have a solid structure. During the initial phase I use the Maya Crease Tool to create hard edges without having to make use of edgeloops. This way I have more freedom in changing forms until I find the right one. 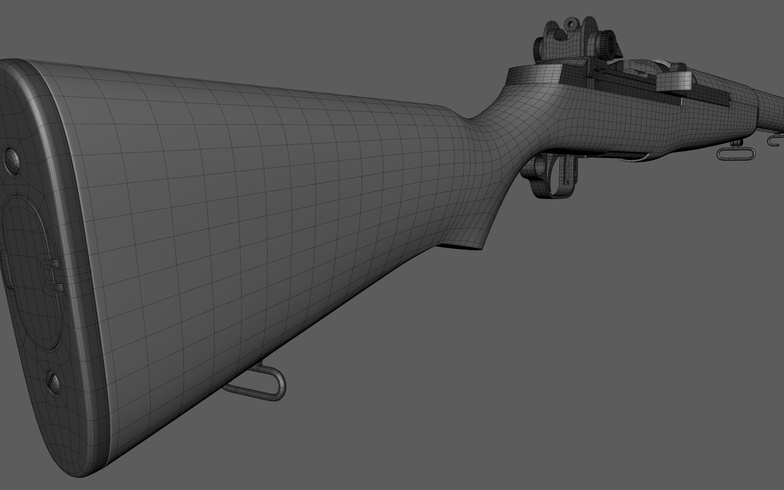 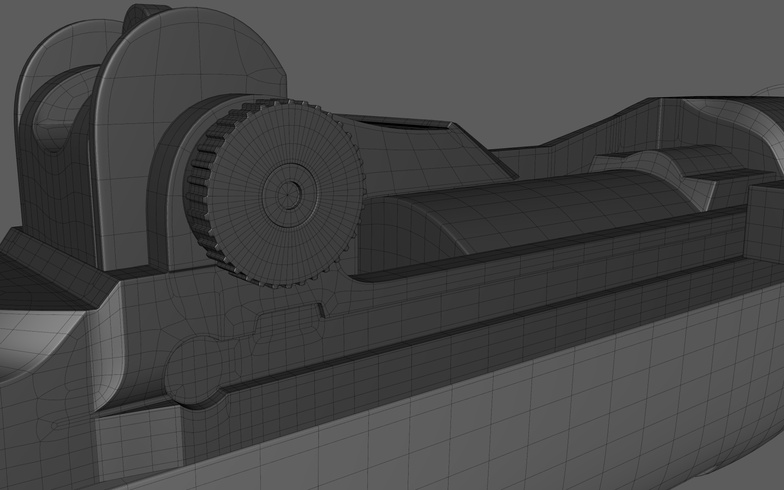 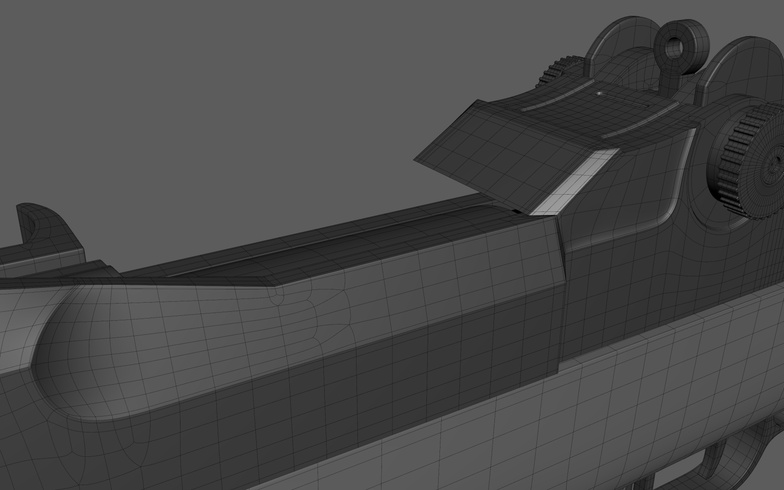 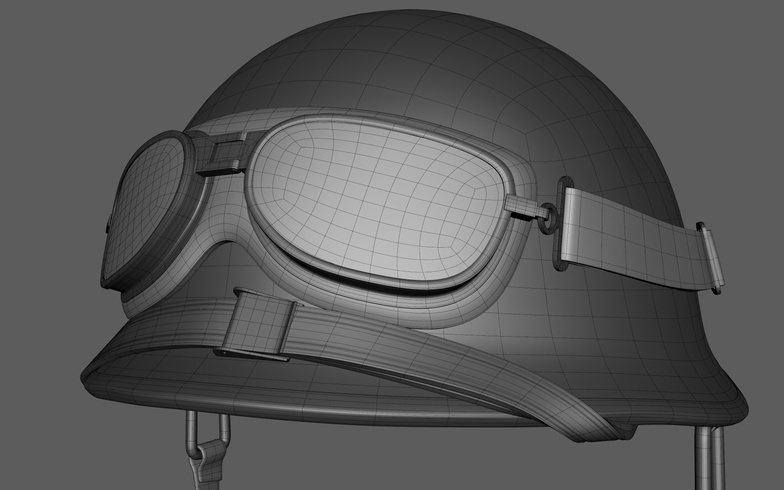 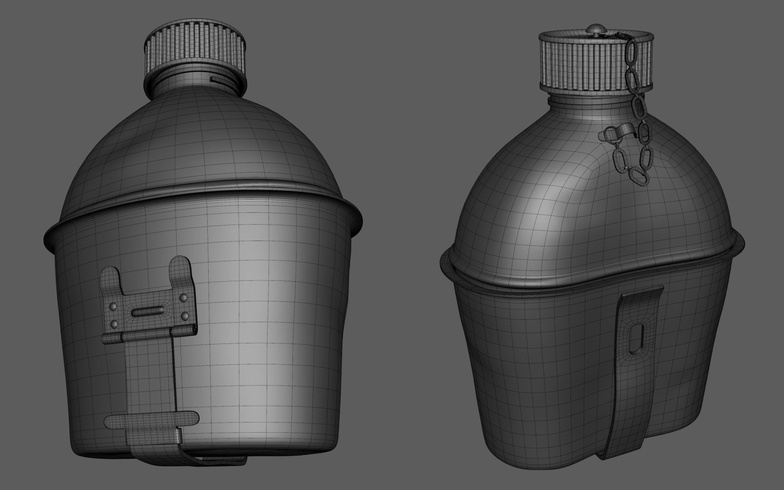 After unwrapping the UVs in Maya, I exported the assets to ZBrush that I wanted to sculpt. For the face and hands I started with the major forms such as wrinkles and imperfections, then surface noise, and finally I added the micro detail with different brushes and alphas for each area.

All clothing folds and boots were sculpted using the DamStandard, Move, and Standard brushes. To the metal parts I added small bumps, dents, and cuts to give a more organic and worn touch. 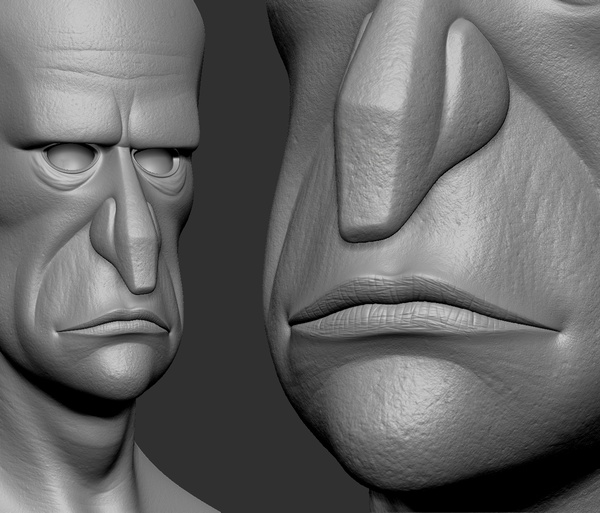 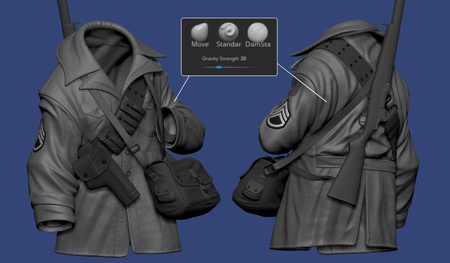 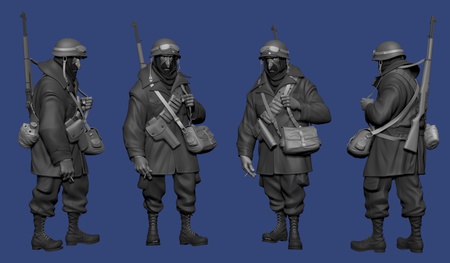 I textured the visible parts of the body in Mari. I started with a full body base to which I added several layers of noise to create variation. I painted the different color parts of the skin: red, blue, yellow, and so on. These layers were added with Multiply mode and at a very low opacity.

All other assets were textured in Substance Painter. I like to imagine what the object was like at first and how it has suffered the passage of time. This is how I structure my layers and folders. I usually create materials from scratch by creating a base and adding different layers of variety for diffuse, glossiness, specular, and bump. 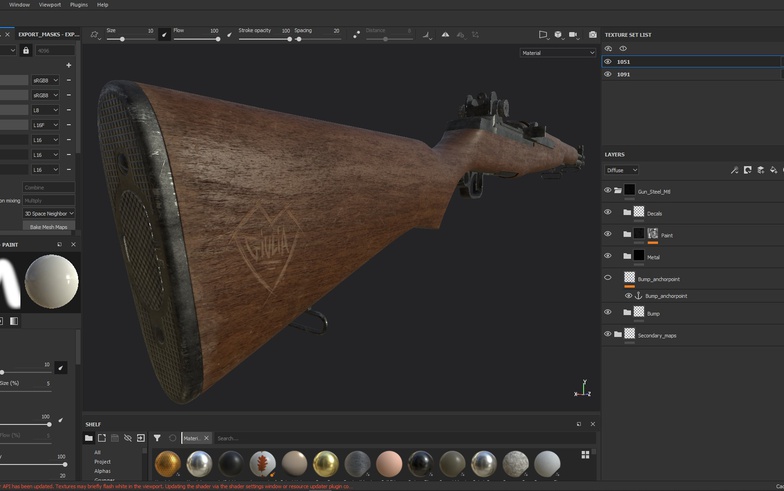 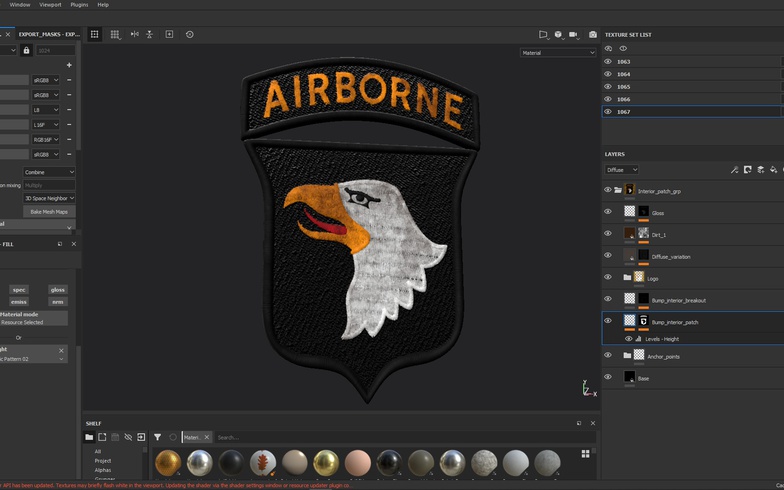 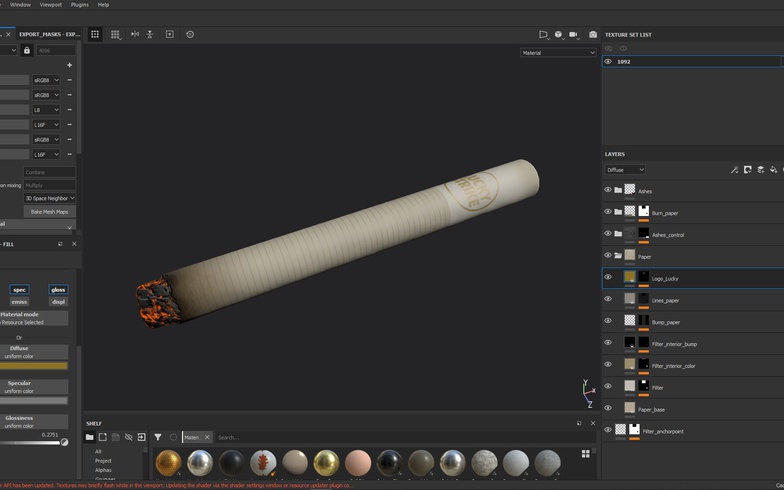 My intention in this process is to create a credible aspect in a universe of my own rather than a realistic aspect with strict values. I usually use real references for each material.

To perform a correct lookdev I use only one light source which is an HDRI with neutral lighting to avoid any variables. Besides this, I use other HDRIs with different light conditions to check that it looks correct in all of them. 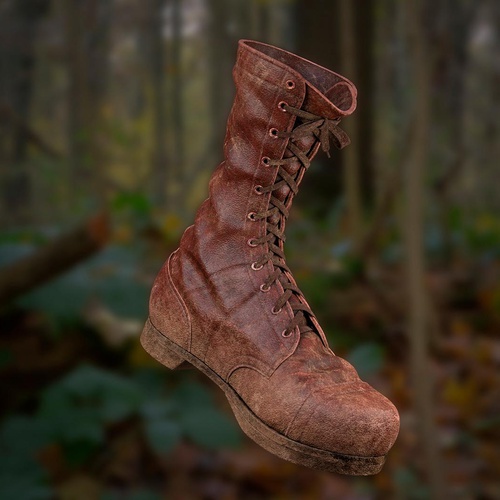 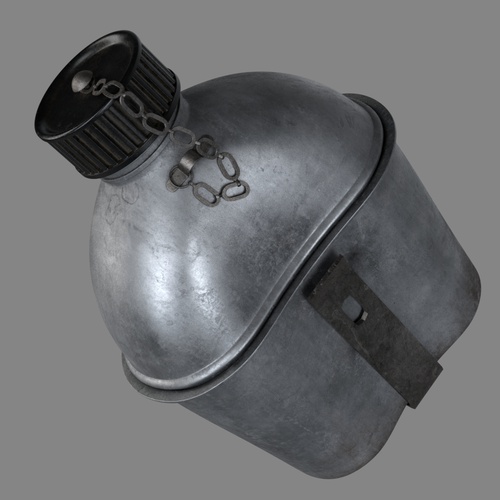 To do the grooming I created a description for each part: eyebrows, eyelashes, beard, mustache, goatee, peach fuzz, coat, and scarf. My trick was to use the minimum of guides for each description, just to create the desired shape.

At this point the result is rather unattractive, but the magic of the modifiers gives it a radical change. The modifiers I usually use are: noise, crumpling, cut, and coil. These applied with expressions of variation for their different attributes provides the hair a more realistic and interesting look. 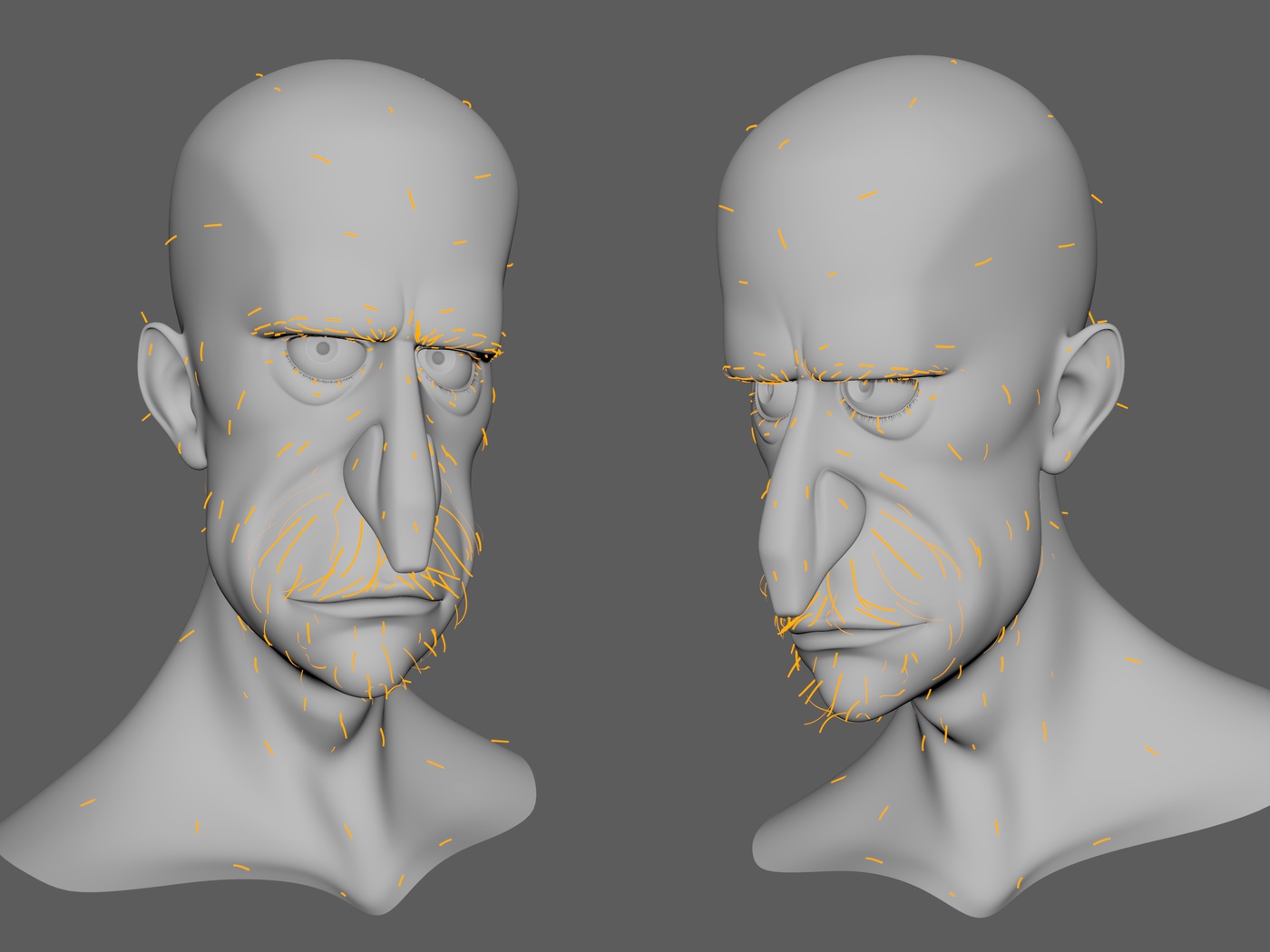 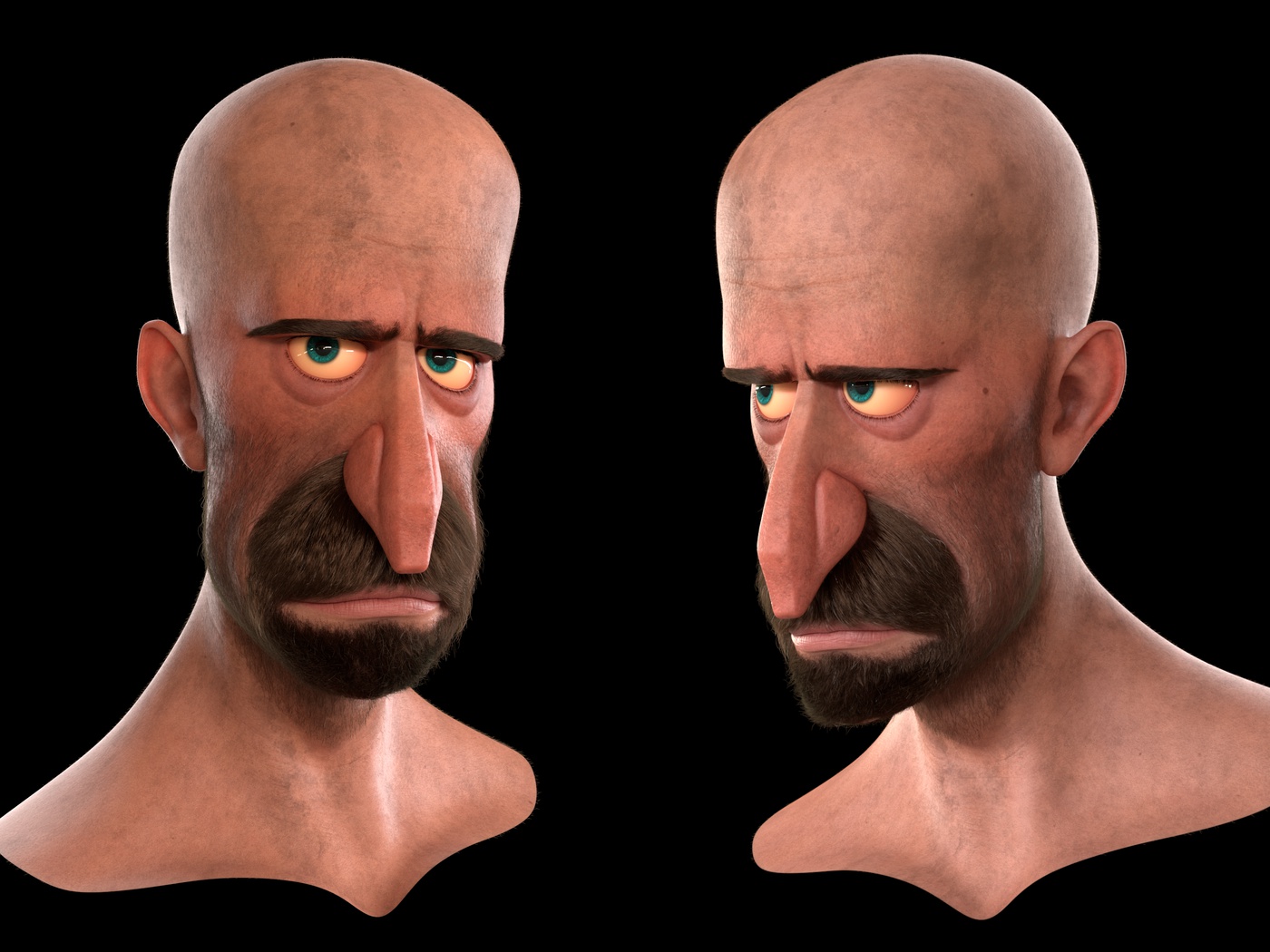 For the lighting of this character I was clear that I wanted a cinematographic finish. When researching about cinematography I found Chris Brejon’s amazing online book CG Cinematography, which helped me immensely in this task.

With all this theory learned, it was time to apply it in my scenes. For this I made three shots of exterior, each of them with a lighting and a different frame. I wanted to narrate a story in each of them and use examples from the book. In the sunrise shot I tried to capture the mood of the concept, using a camera angle and a similar palette.

My render settings were quite simple and fast thanks to Akin Bilgic’s V-Ray render optimization notes. 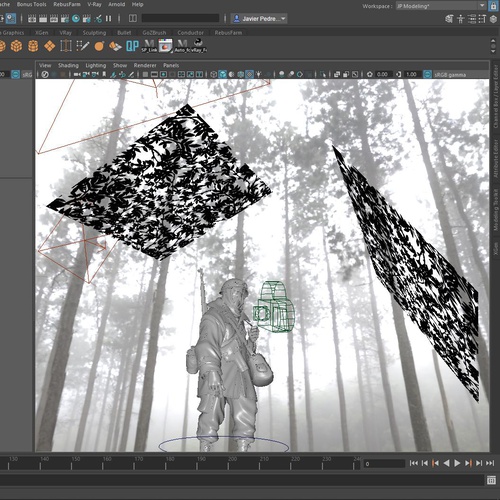 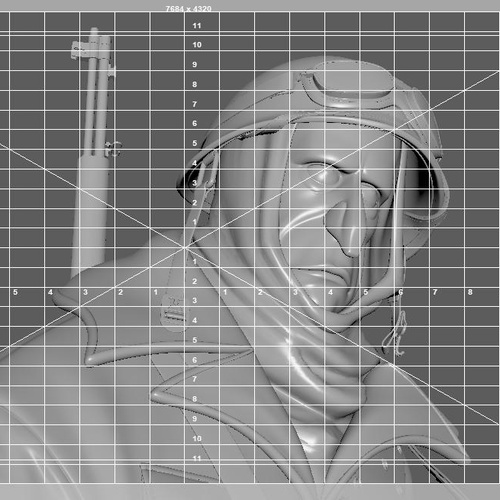 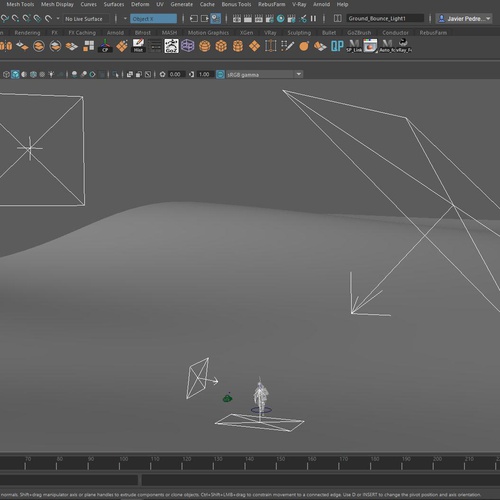 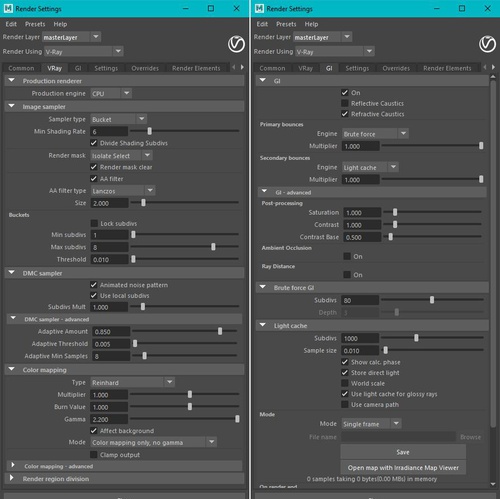 For the post-production of the shots I worked in Photoshop at 32-bits and a sRGB color space to maintain a linear workflow. The EXR format has a high dynamic range that allowed me greater control of lighting using levels. I usually compose the image with the separate light passes in add mode and adjust the levels to each pass separately. Once I’m happy with the lighting, I add the background and make the corresponding color adjustments and levels to integrate the character into it. Finally, I make a grading color considering a specific color palette to achieve the desired mood.

Apart from the interior and exterior still renders, I created several camera animations and turntable shots to create my demo reel. To do this, I used three-point lighting and various camera angles focused on the most important assets. The different render passes were composed in Nuke, where I also made a color and grading correction. The final editing was done in After Effects along with different titles, credits, and music.

For the war belt, I modeled the initial, central (which is repeated) and final part of it in Maya. Then I exported it to ZBrush where I separated them by polygroups to create an InsertMesh brush (Brush > Create InsertMesh). In this way I was able to make a belt around the coat in a very simple way and try different sizes until I found the right one. 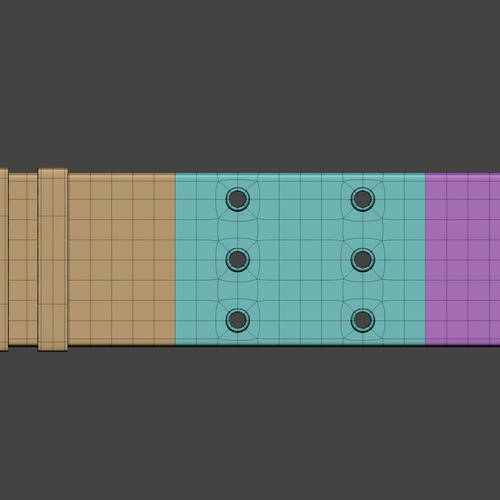 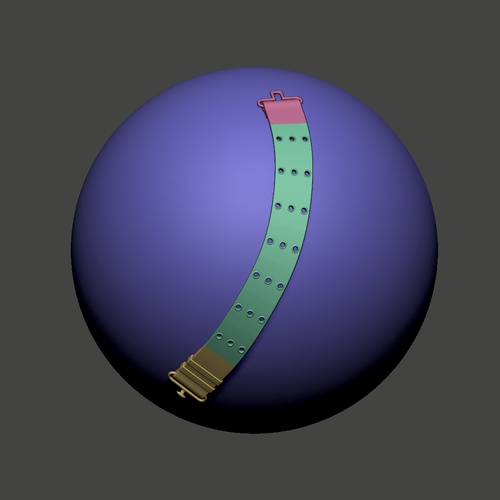 To be able to texture my assets in full detail I used the ZBrush Decimation Master to optimize the amount of polygons as much as possible without losing quality. I activated the UVs option so that the decimated modeling had exactly the same UVs as the original model.

Apart from the beauty pass, I created a render pass for each light source and also some more render elements like: reflection, specular, glossiness, refraction, and zdepth. I used these passes to compose the image in Photoshop.