Nabil Chequeiq takes us through the ZBrush, Maya, Arnold, and Photoshop workflow for creating a fashionable female character…

Hello, my name is Nabil Chequeiq and I’m originally from Morocco and I love 3D character art. For someone like me coming from Africa it was hard to specialize in character art, especially as there's no one to learn directly from, so I spent the last couple of years developing myself before getting the chance to move to the USA, because I wanted to learn more. I will share with you the process for my latest character.

The first stage of the work was the idea, and my idea was to create a crazy sporty girl with a little bit of a fashionable edge to her. After that I looked for as many references as I could find from other artists, photographs, and real models, to develop a base of what I needed to model and look for.

Next was the part where you start blocking all the elements and general forms with the basics shapes like spheres and cubes. I always work with the insert low-poly sphere, and from one SubTool I duplicated most of my forms, from the head to the legs and the hands. I found it was good to block them with cubes at first, and the moment I felt happy with the general shapes I dynameshed my model. 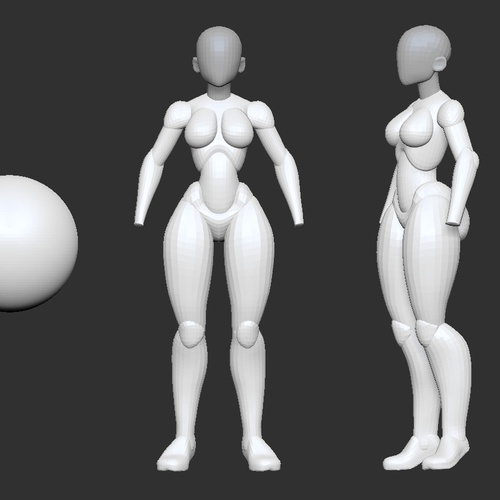 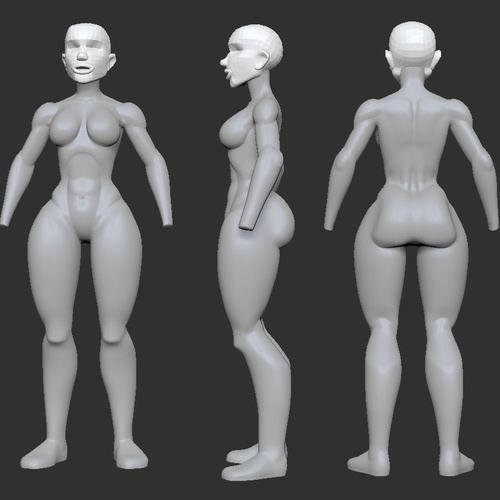 After dynameshing any model I like to keep the polygroups in case I want to pose the model or make a quick mask, or hide something easily. Here, I then began the refining of the shapes along with blocking the head.

In this stage I added the hands and did a quick topology for the body using zremesher to control the mesh easily, along with the hair and some clothes. For the hair I used a sphere with the Snakehook brush, and for the clothes I extracted them from the body. The sunglasses were done with the Zmodeler brush, and the shoes were done in Maya. 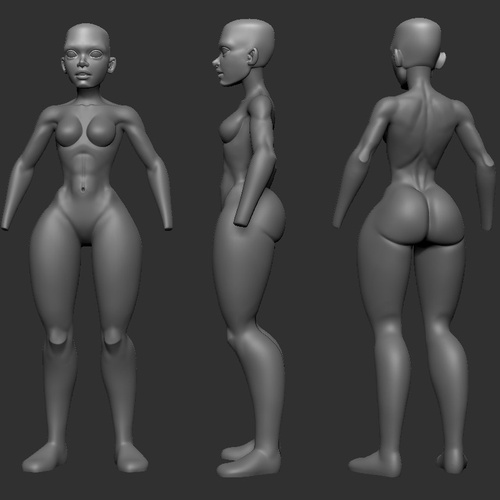 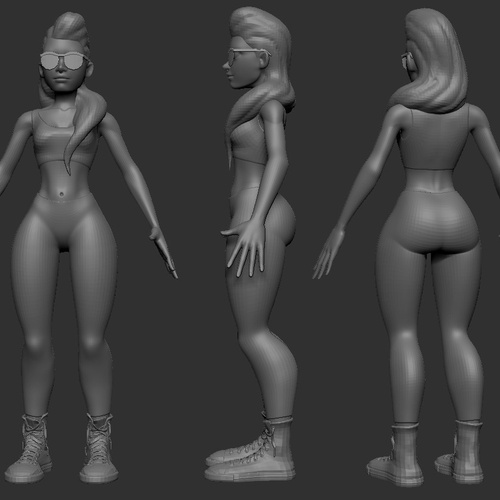 Here I added some details to the shirt and pants, with some adjustments to shapes here and there, along with polypaint to see how it would look with colors. I like to have a preview of things sometimes with painted models to give me new ideas about the model or the story I want to tell. 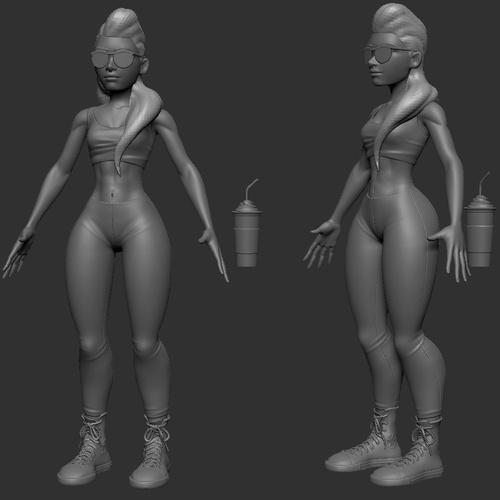 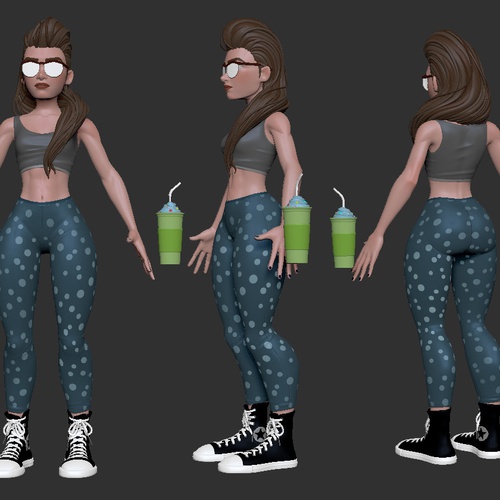 Now I felt like I needed to pose the character to see if the shapes and proportions were good to work with, because I'm not the type of person who draws, so if I wanted to test something I’d do it directly in ZBrush. In order to pose my model freely and to do multiple poses, I had to work with Transpose Master (Zsphere Rig) and create a new layer per SubTool. After the first pose, I exported everything to Maya then I did a quick render test to get a general idea about everything. 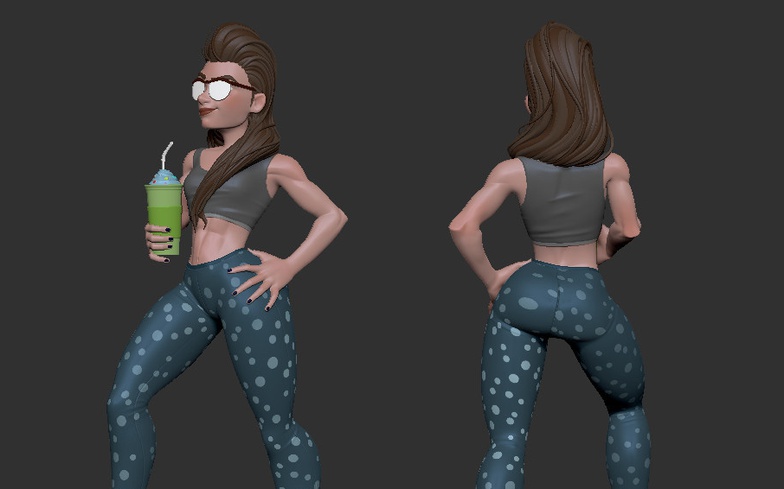 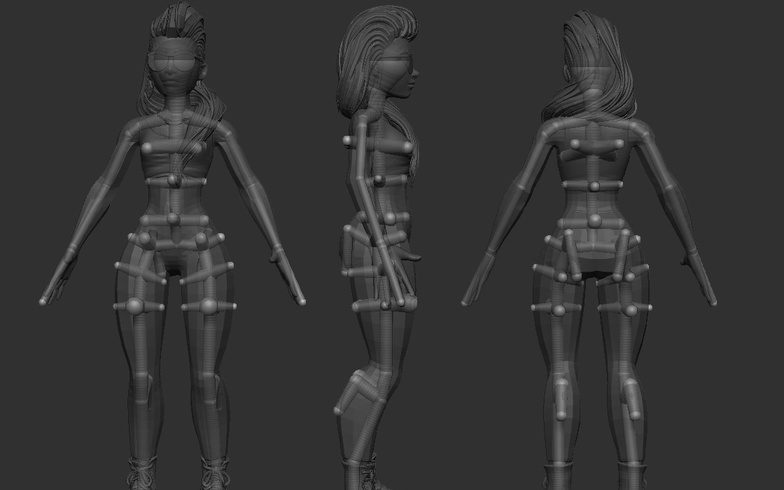 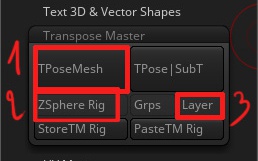 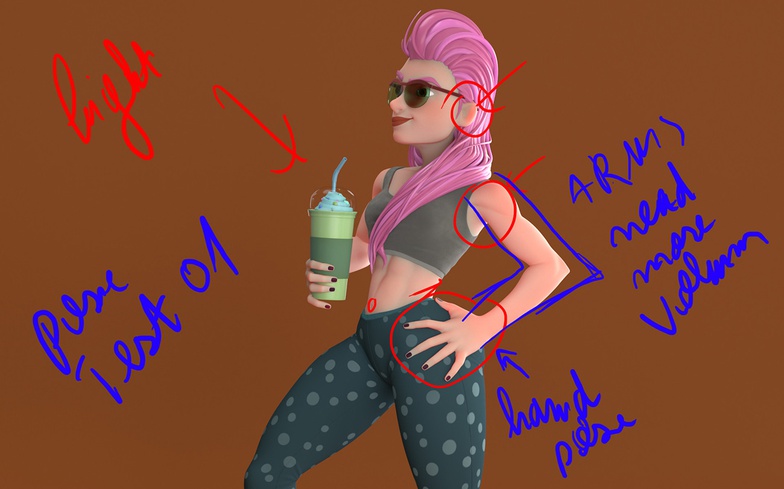 I noticed that with the first pose I had to change the arms and the hands along with the foot size. It’s good to give yourself feedback, and ask your friends too. After the modifications I did another pose while I was still looking for the right pose, because with every pose I found that I had to change something in the shapes. 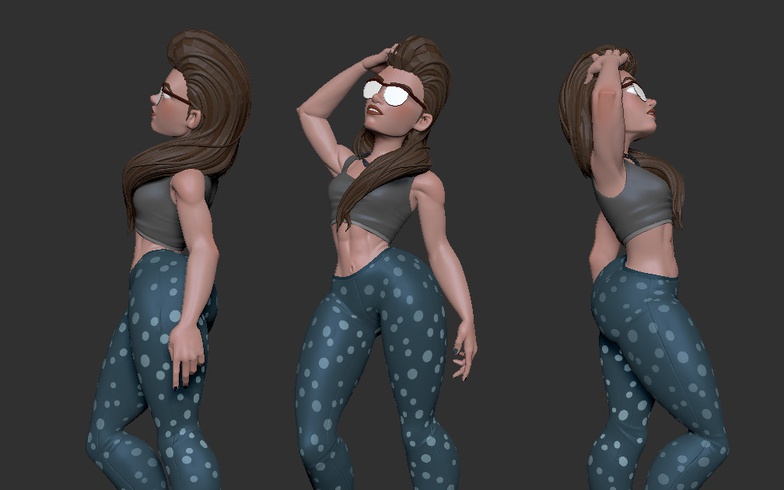 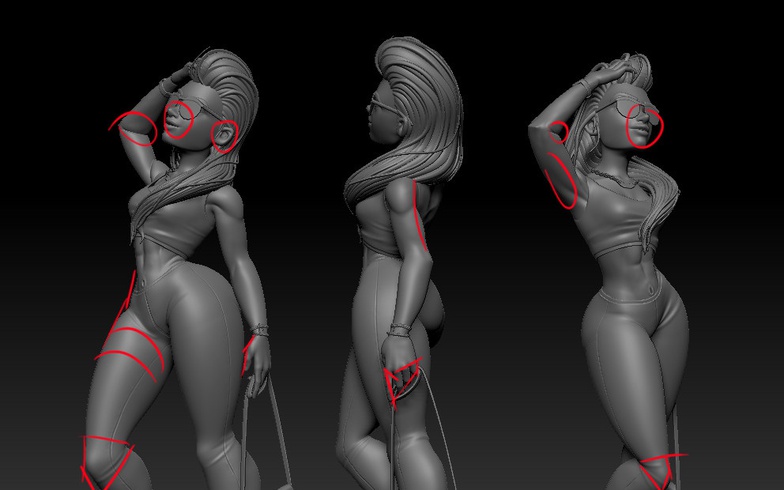 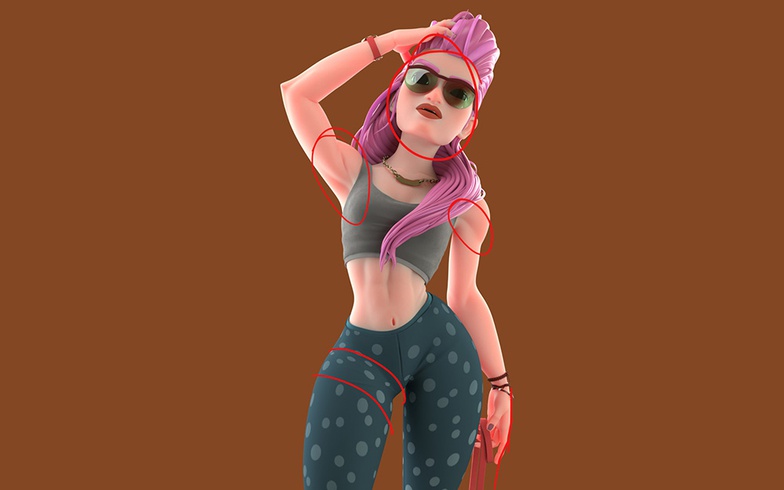 After multiple tests I finally ended up with the one that I liked. If I hadn't have worked with the Zsphere Rig I would not have had the freedom to play with my character. After I was happy with my pose I exported all the elements to Maya using GOZ, and start replacing the geometric hair with the XGen version. I used the Splines and I placed each one manually. 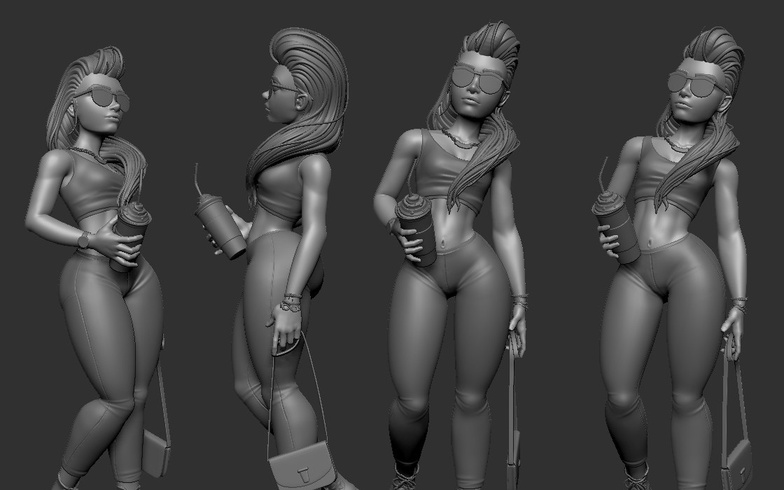 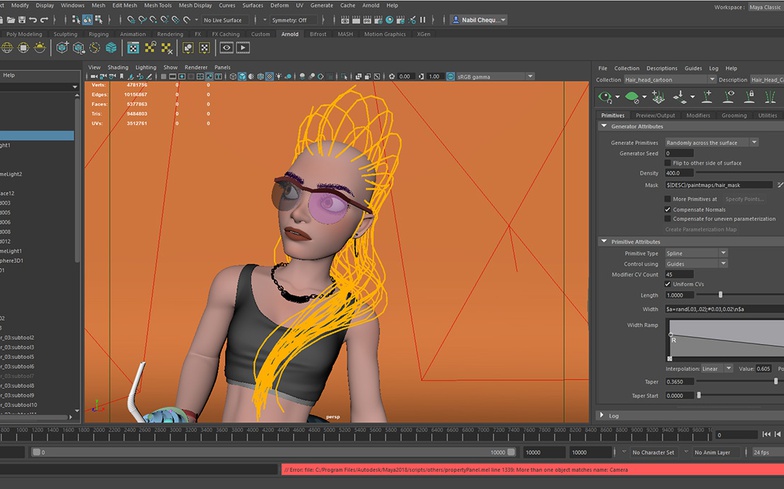 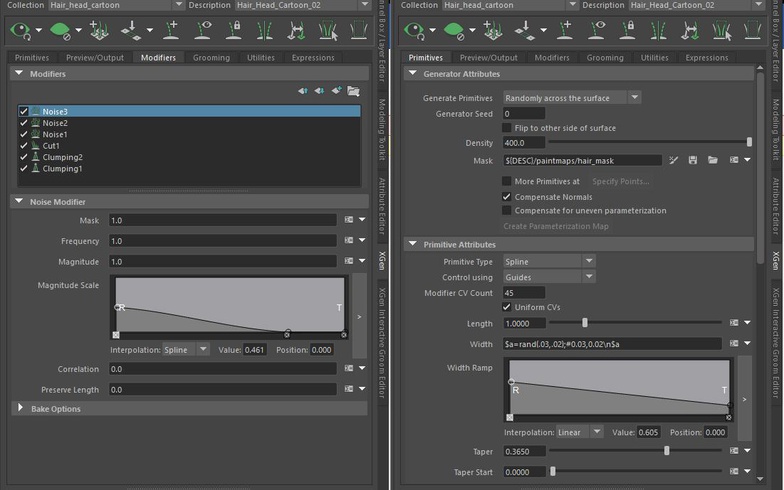 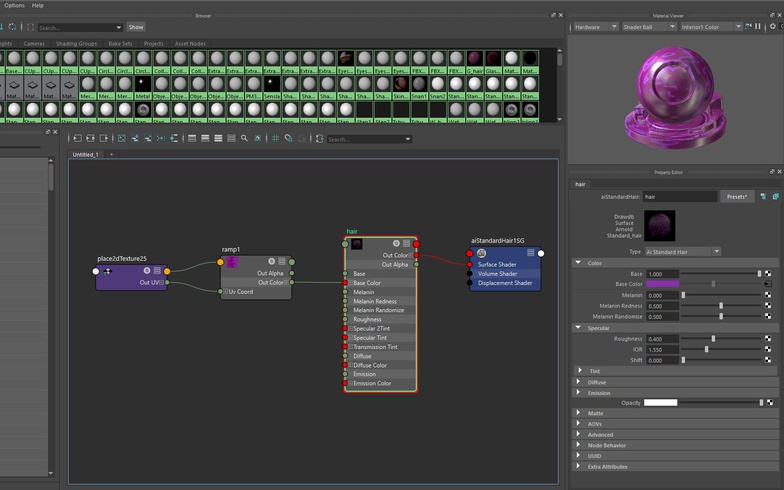 Recently I’ve used Arnold for most of my renders: I found it faster and you can do whatever you want with it quickly. So in order to benefit from it, I worked only with The Standard Surface shader in materials and textures, and Arnold lighting. For the render settings I didn't go crazy with them because I was planning to use the AOVs in Arnold, used for the compositing in Photoshop. 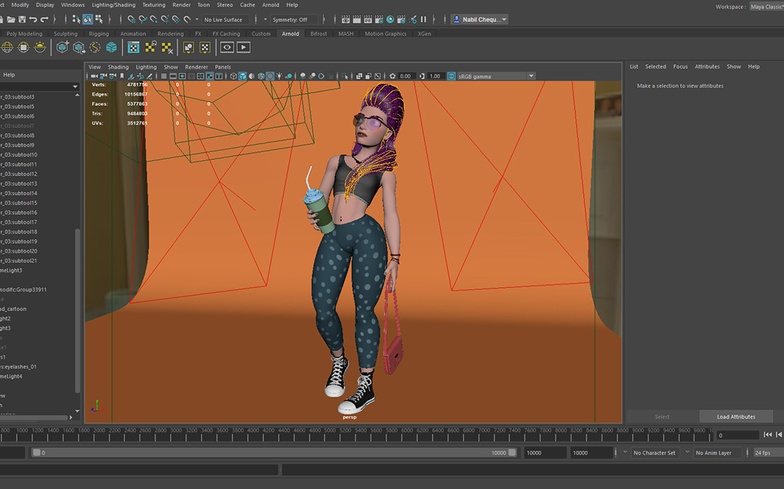 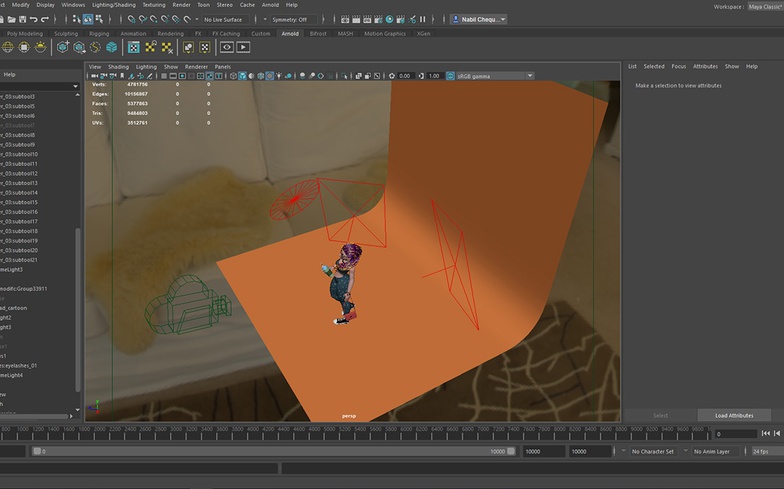 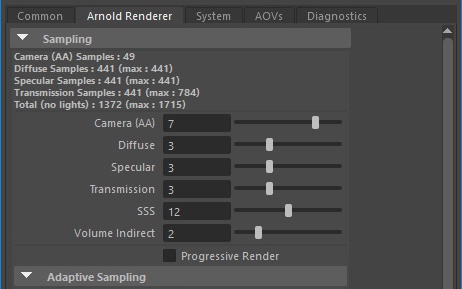 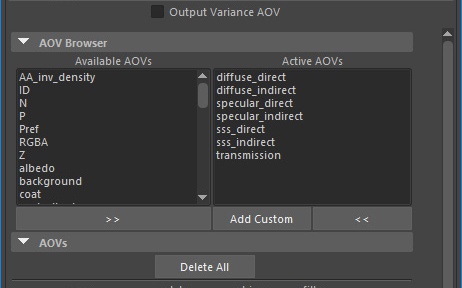 After rendering all the passes it was time for Photoshop to enter the game for compositing all the AOVs I recently rendered from Maya. 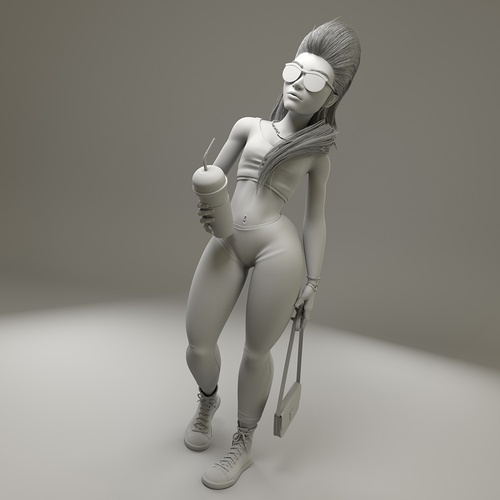 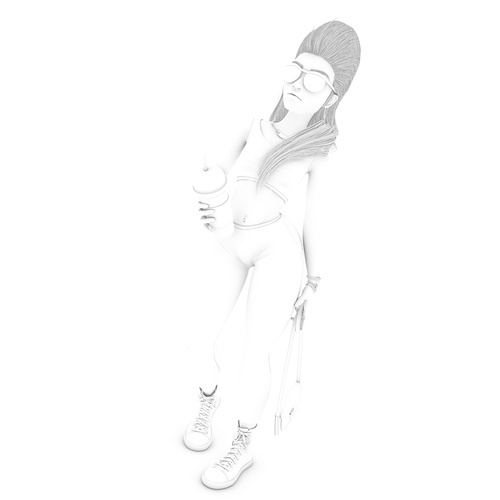 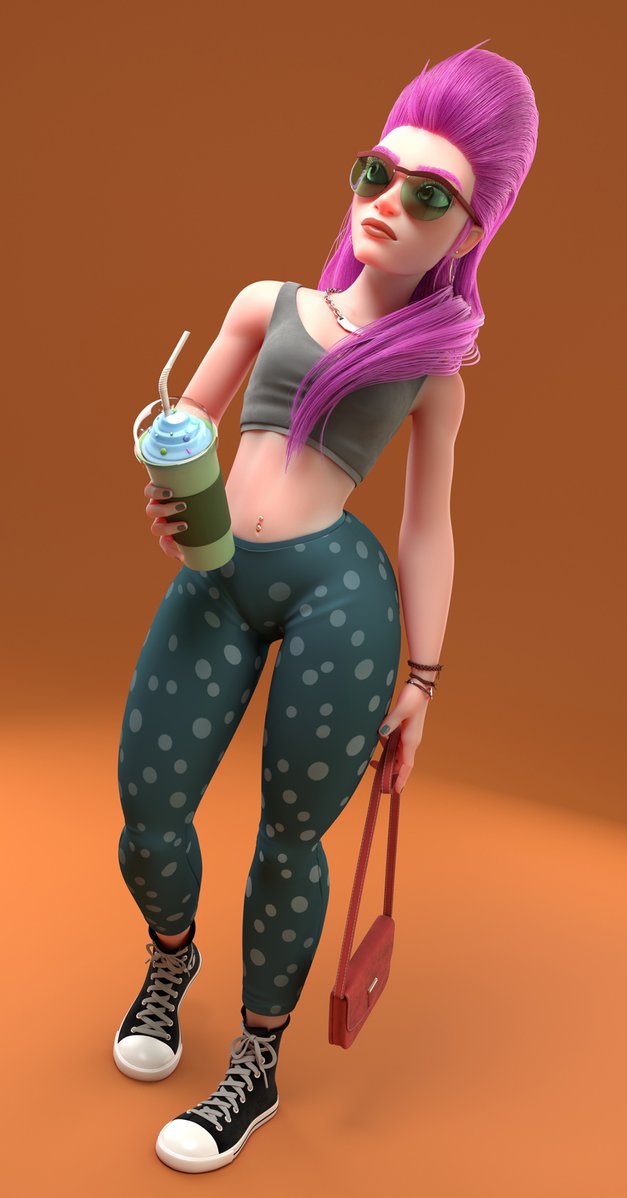