Illustrator Tiberius Viris takes us through the matte painting process for transforming a day scene to a night scene in Photoshop...

We will begin the series with a very common transformation: day-to-night. As a Junior Matte Painter, you would be asked to do this task quite often! It’s a method that seems easy at the first glance, but in truth is a little more complicated. When darkening an image this much, you must be wary of losing depth. You must still have enough levels to offer us decent details, and even depth. This means compressing all of the daytime rules into a 4-times-smaller-brightness interval. However, there’s also upside to this, which is the fact that you can hide imperfections 4-times easier!

Above you can see the before photo and the after result of what we’re going to be tackling in this tutorial (Fig.01 and Fig.02). Note: in the final image (Fig.02), there’s no pure black level in the image – not even close! If you want to get technical, there are 13 grey levels in difference between the lowest grey in the image and pure black (out of a 256 levels reference).

What are we after?

I’m going to try to show you a good working habit that can be applied anywhere – not just in matte painting – which will save you a lot of time and nervousness. The key is to think and plan your image! Sure, as artists we often tend to rush ahead under the heat of passion, but as professionals we should first learn how to tame that fire, and to make it last as long as we need it to, especially when we work on big and long term projects.

So, the first step is to think about what you are after. See what you have and, more importantly, what you don’t have. See what you need to get for the project (maybe you have to ask your team mates for a 3D render or a cloud formation). When you feel like you have everything you need, plan your creation steps so that you don’t work chaotically and lose precious time.

In this case, we are after a day-to-night transition. We have a raw photo (Fig.01) which shouldn’t be altered too much in terms of elements, so this is pretty straight-forward as far as material is concerned.
So let’s plan out the creation steps. We will have to:

In any matte painting, the key is to work with many layers and use adjustment layers for transformation in order to achieve a lot of flexibility. By painting the layer’s mask, you can select which areas to affect and you can discard/modify any layer at any time. 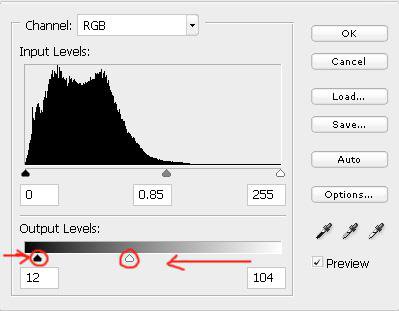 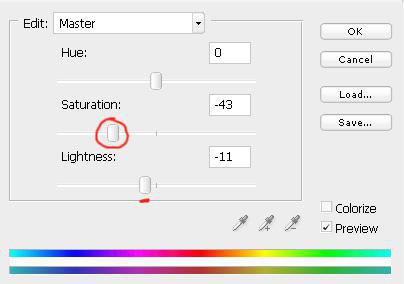 To start with, we will have to darken the image and give it a nighttime mood. Note: since we lose a lot of information by doing this, we must be careful not to darken it too much so we still retain enough detail! To do this, we must alter the brightness, the colour values and the saturation. This translates into 3 adjustment layers: 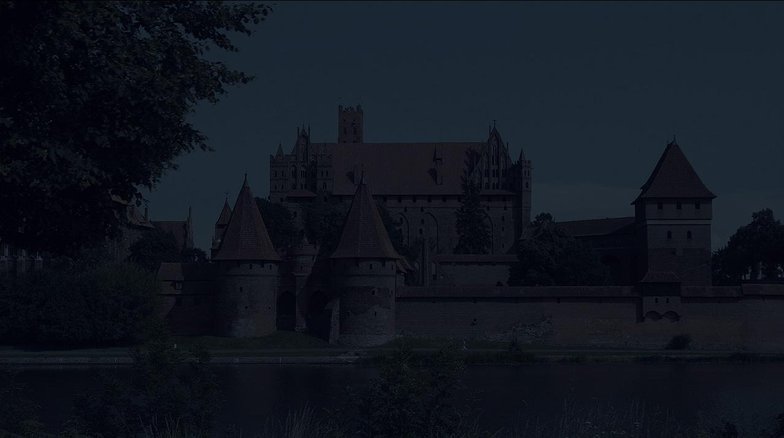 Let’s choose a moon to be somewhere to the right of the sky, and out of the scene, like in the original photo.

Before I go any further, I want to do some refining and define the light direction, because the photo is too uniformly lit for my taste right now. For this: 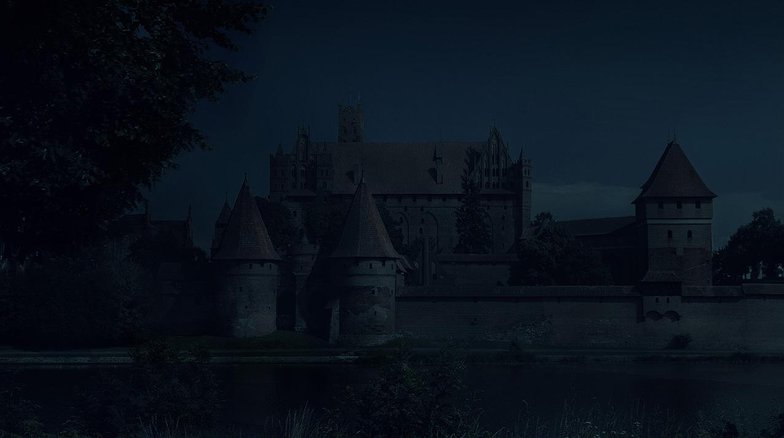 When this was done I replaced the sky with a more interesting and suitable one. For this photo it was very easy to replace the sky with the help of the Magic Wand, because the sky from the original photo was clear blue and the rest of the picture had no blue values. So all I had to do was to make a selection of the sky, invert it, and then fill it with a black value into the new sky’s mask. 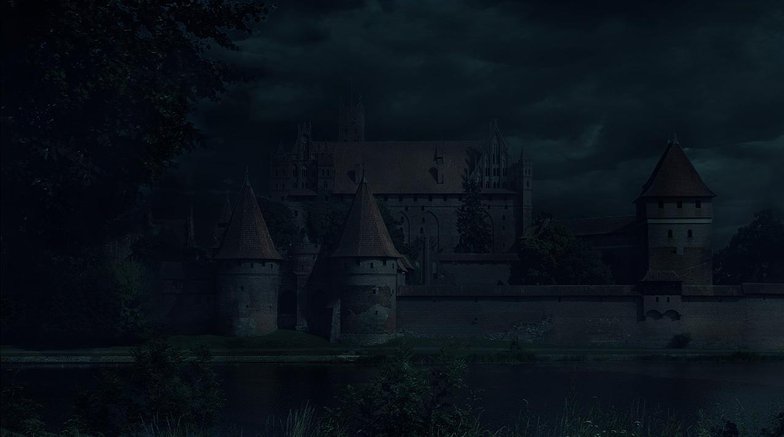 Sometimes, you may get a more stubborn sky and then you’ll have to put in more effort to select it. From case to case, the most common methods are channel extraction or lasso selection (note: the final part of this series will present some extraction methods) (Fig.07).

I also adjusted the depth as the image was too dark in the distance.

All in all, this covers the basic steps which define the overall mood and colour palette. From now on, the work focuses on details that will bring life and realism to the image!

It might be just an old castle, but at night residents and visitors must be able to see inside it, right? Except in those cases when the Director specifically wants no light from within, the next step in a day-to-night process is to add artificial light. This is a somewhat tricky step because you have to plan those lights. Firstly, you have to place them in places where one would expect to see them, such as on wall sections, in halls, door entrances, windows and so on. Secondly, you have to be careful not to ruin the composition! Sure, a torch on a wall is realistic enough, but what if that wall is also hit by moonlight? So we need a compromise between artistic and real. 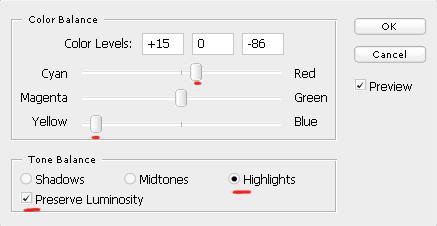 The light we use for this task is usually yellow-orange, and is the complementary colour of the overall blue-cyan mood, which pleases the eye.

There are several techniques to create this type of light, but I’ll present the fastest and simplest. Duplicate the original layer (the raw photo), then move in on top of everything. Apply a fiery colour balance transformation to it (Fig.08) then apply a negative mask so that it’s invisible. With a soft round brush, start to paint in the part you want to be seen (the pool of lights). 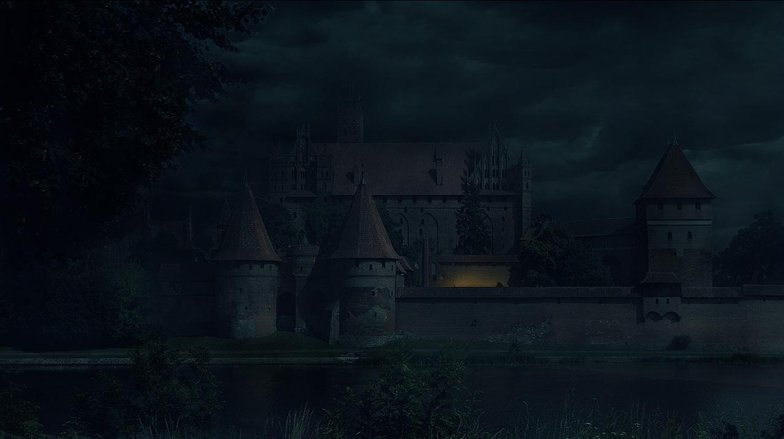 This is what I’ve started to do and here’s the result after adding a light to a behind wall section (Fig.09). 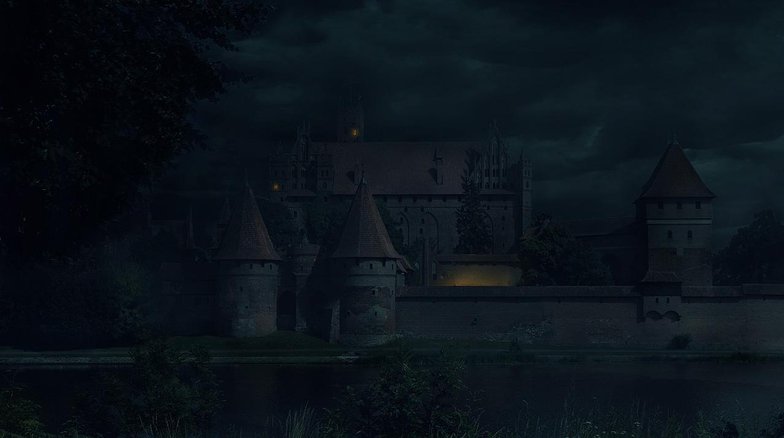 Now, this massive and old castle has a lot of windows, but, if lit, most of them would just ruin that old, ancient feel. The towers are already being lit by moonlight, so they are not an option, and the wall section already defines the centre. It’s a tough choice! So let’s light a window in the left top tower which will contrast with the dark sky and show the thick, foggy atmosphere, and we’ll also add another smaller one to the lower left in order to lead the eye. Story-wise, the top-lit window can imply that maybe there’s a leader or a wizard reading old books at night! (Fig.10)

Good, well I think this does it for now with artificial light. You can go further and try to bring more light in, but I’ll stop here and let you experiment for yourselves. Be careful though, since we have such a bright moon you should not overdo it or you’ll ruin the whole mood!

Do you feel creative?

At this moment, some may call the image done and go for final adjustments, but how about a little creativity? This is the step where you bring that little extra spice – the details that complete the image!

For this piece, I’m simply going to paint some low mist over that moat/river which is being lit slightly by the moon light. It also adds to the general mood and explains why the atmosphere is so thick. 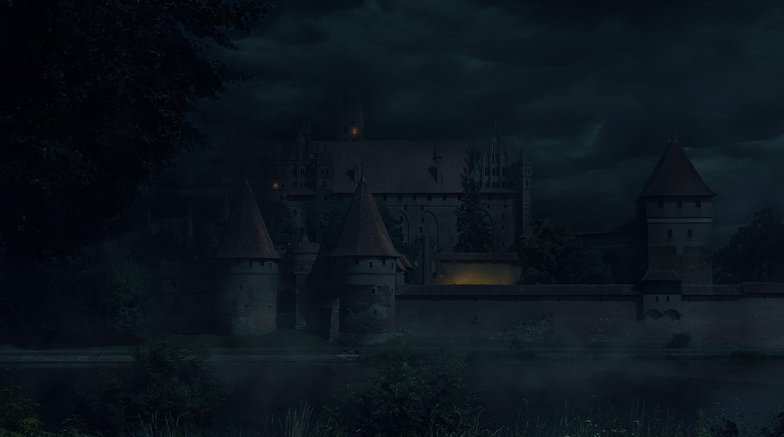 Then, to finish it off, I’m going to paint in some haze, especially over distant parts of the castle (to do this we just make a new layer, colour pick the value and lightly paint over those areas. This adds to the mood and helps to sell the image. The final result can be seen here (Fig.11).

I hope this has been of some help to you!

Check out the rest of the chapters in the Matte Painting ebook available in the shop.