Making Of 'Window to the Courtyard'

Modelling: How did I carry it out?

I'd like demonstrate to you the potential use of the 3D Total Textures. To accomplish this I created two versions of the particular scene - one "clean", utilizing only some of the original textures to be found on the CD's; one "dirty", complementing the flawless textures by adding grime and graffiti. For this I used Cinema 4D and Photoshop.

Modelling: How did I carry it out? 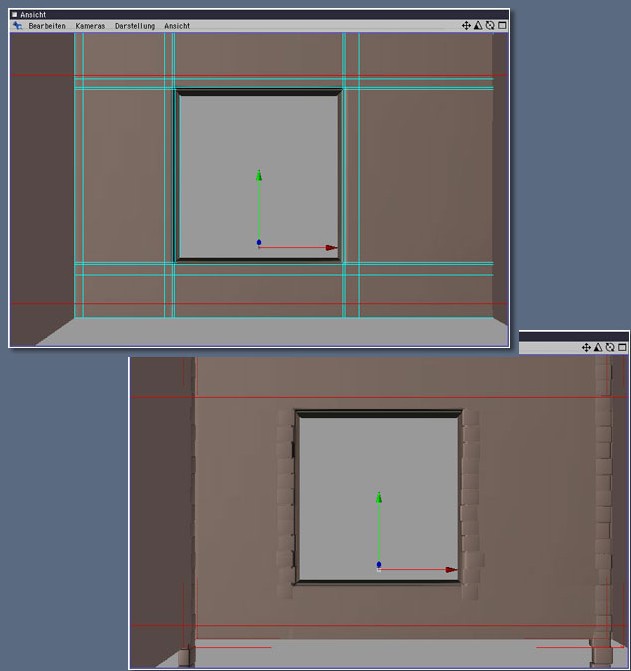 The geometry of the scene is actually really simple. The wall consist of three cubes, I segmented the cube in the centre to be able to cut out the window. To add a slight bevel to the edges, I also segmented the faces surrounding the outside border of the window. This way it was possible to reduce the size of the inner faces and pull them to the middle of the hole. 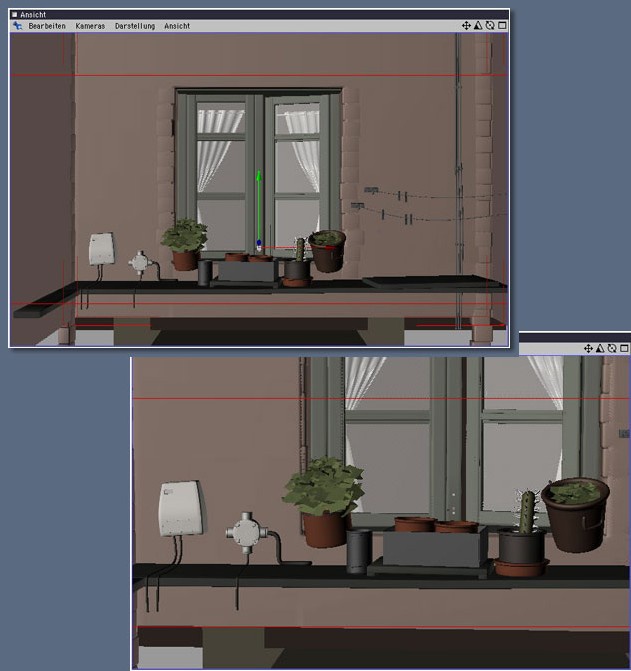 To improve the appearance of the brick texture some more and to create a somewhat more irregular edged, I fitted boxes to the size of the textured bricks. These were then placed around the window opening, and using the "Random"-function their position was randomized a bit. Furthermore I positioned some bricks (box primitives) in the corners where the walls meet. The window itself (frame and pane) and the other props in the scene are primitive tubes, planes and other simple polygon objects. To simulate a room behind the Window, I placed a cube there, deleted the front face and textured a picture of a room on the back side. 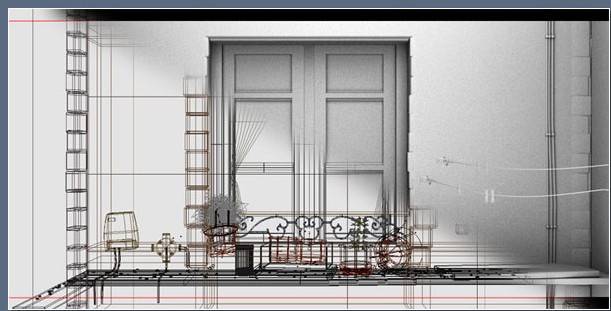 At first I just put the brick texture on the wall and scaled it until I was satisfied. For the clean version that was absolutely enough. But because I also wanted to make a grimed, untidy variation I needed more refined controls over the texturing, better said over the texture placement. To achieve this I had to create a texture map that was identical to the visible area of the tiled brick texture instead.

For the messed up version I took a screen capture of the scene's front view and went from there, using it as a base to work from. Doing so allows to pay attention to individual objects of the scenery, e.g. to add weathering and stains left by rain (or other liquids) running down a wall.

Now this way the brick texture was enhanced with assorted layers of dirt, grime and graffiti. Fortunately the graffiti maps already come cut out of the background - no need to go through that hardship yourself.

For the lighting Radiosity and HDRI came into play. The only lightsource in the scene was necessary to light up the room behind the window. Finally I wish to thank 3dtotal.com for the Total Texture CD's - they are high quality and come in a large quantity too, they can improve a simple scene enormously, as you can see. On top of that all textures tile perfectly, the textures are well prepared for to work with them, which saves a lot of time and effort.