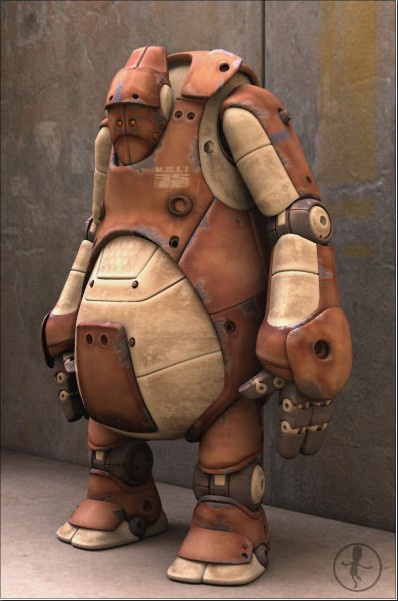 In this tutorial I'm going to describe the three steps in the making of that big fat Robot. The two first step can be apply to any 3D application. The third is more specific to Softimage XSI, as they are the basic settings I've used for the rendering. 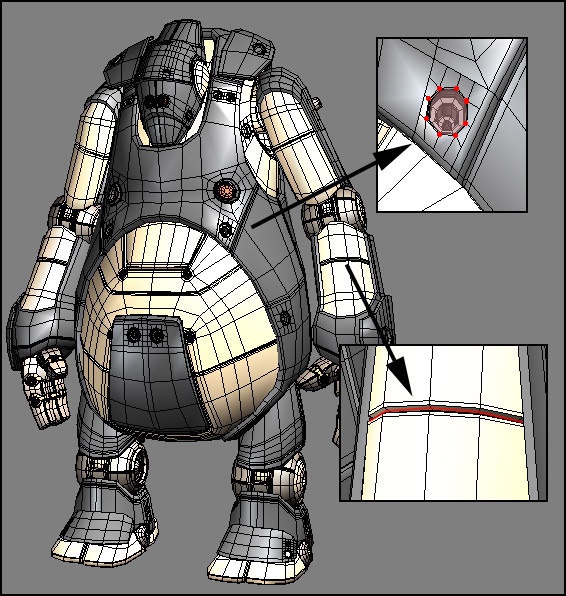 As you can see on the wire view the overall modelling is quiet simple.

I start with polygon primitives and push/pull the vertex. So I'm going to focus on the little details.

- For the holes, I apply on the chosen polygon a "local subdivision refinement". Then I push the inner vertex to draw a circle shape with them, and I've extruded inside....

- For what can be called the lines of structure, I've selected the wanted edge loop, self duplicate by five, and push inside the middle line. 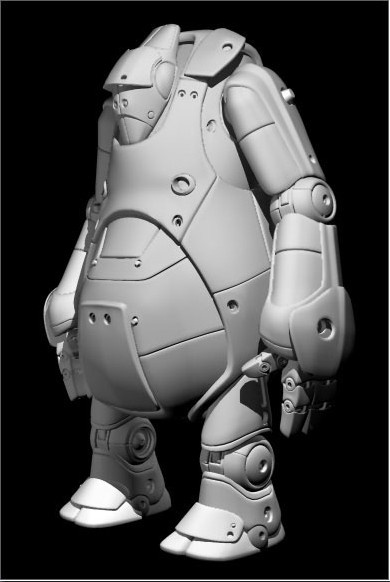 On this pic (left) you can see the finished model, with one level of subdivision.
Â

On this robot I've decomposed the mapping work in two main steps....The Orange parts and the white ones. 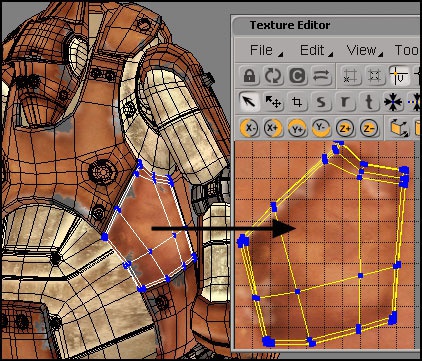 As I didn't want a neither too shiny nor metallic look, I've used a lambert shader.

The 3DTOTAL TEXTURES CD provides a large choice of mapping textures. I've chosen a brown texture and made the color variate in Photoshop to have the orange I wanted. I extract the texture edition in another layer of the texture in Photoshop so that I can paint the shades where I want. On the alpha layer I've simulate the paint shards. 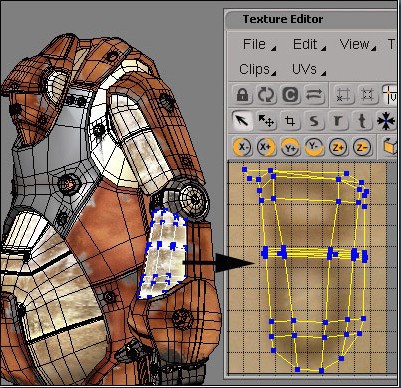 For the white parts, I've pick the alpha in the dirt map collection of the 3DTOTAL TEXTURES CD.the trick was to draw the transparancy on the alpha layer to simulate the "erosion" around the lines of strucure.

The mapping of the wall is a mix of several textures and mask picked on the 3DTOTAL TEXTURES CD.

For the rendering I've used the Final Gathering of XSI. The scene is placed in a Half sphere. There's only one light , sets to zero.It's only there to emit the photons that will bounce in the scene.

You can give some color in your scene with coloring a little bit your light.

I hope you'll find this tutorial useful. I've tried to make it simple and clear for any 3D software.