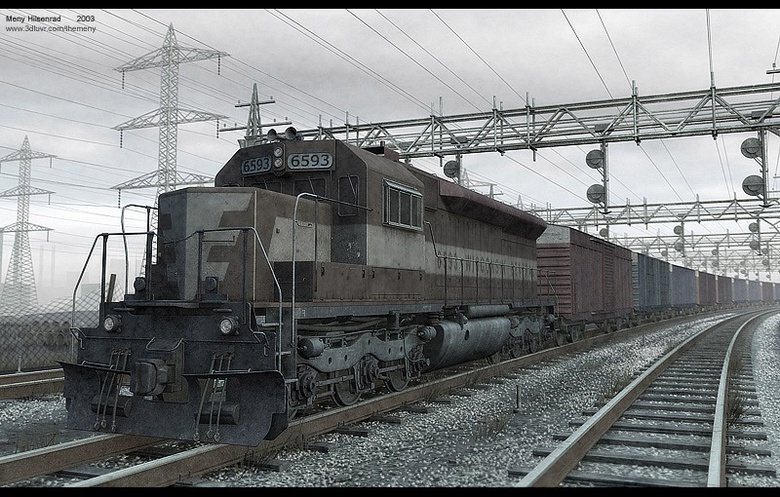 In this tutorial I'll be going over the general steps taken to create the train
image you see here.

The first and most important stage is research.

Before ever opening any 3d application I started researching images of actual trains and their environments. 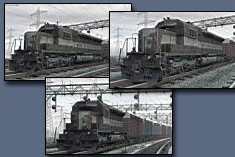 I collected as many reference images as I could get my hands on. I used these images as guidelines throughout the project. Obviously as reference for the modeling stage but also for inspiration in the design and look of the environment and background.

I always go back to these images to get ideas and for things I might have missed.
Â 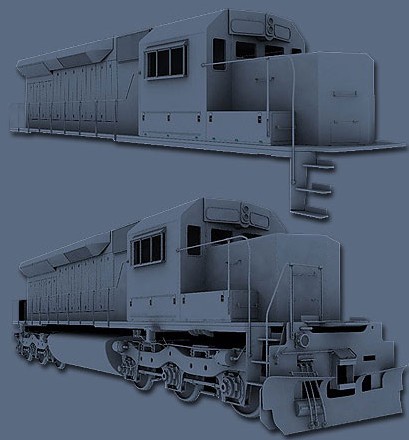 When modeling I always try to get in as many details as I can.I also make a point of staying as true to the original reference as I can. It's the little details that make the difference between a good model and a believable one.

A good model also makes the texturing stage much easier.
Once you know how your model is built you get a better idea of how to texture the different elements. 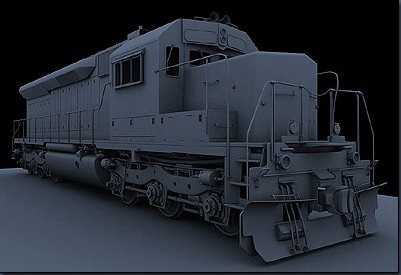 I like to personalize my textures for the specific needs of my scene so almost all my textures undergo some form of manipulation in Photoshop.

3DTotal's exhaustive library of textures was a great source of raw materials for this project.
The thumbnails on the right show the basic manipulation the textures underwent before making it to the front of the locomotive 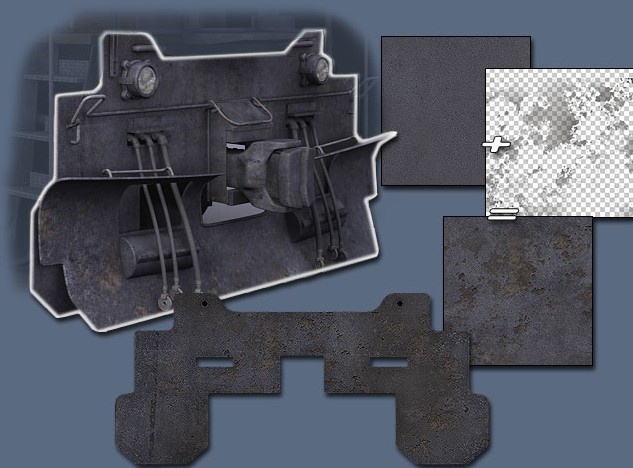 I used a similar process for creating the textures for the rest of the train.
The thumbnails on the right show the steps from the initial texture to the final one. 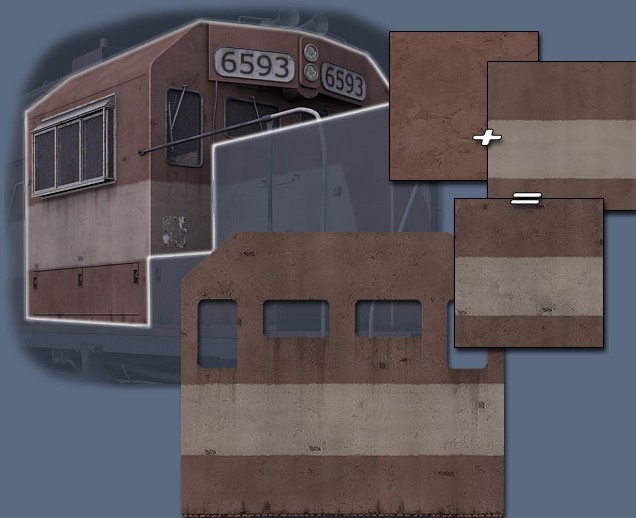 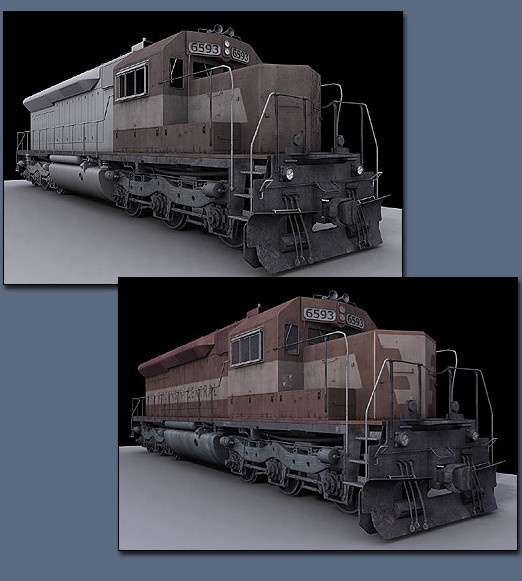 The environment posed a real challenge for me.
While it's not heavy in details achieving the specific feel of desolation and a cold gray day were the real challenge.

Although this tutorial is centered around texturing I'd like to get a little into my workflow.
The first step was to block in my models and basic camera angles and create the general composition.
I also started blocking in the colors and initial textures to get the look and feel I was going for.
It's only when the final picture started to emerge that I went into the little details - finalizing the textures and
tweaking the lights.
Finally the image underwent further color correction in Photoshop. 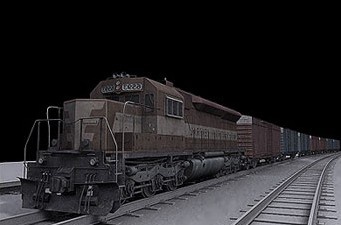 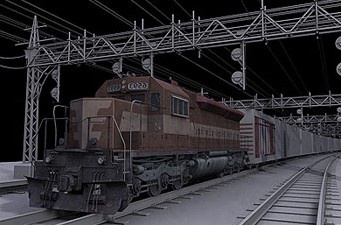 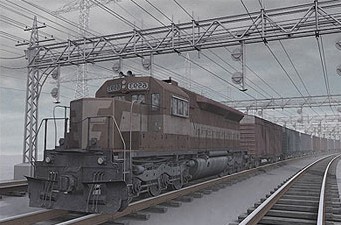 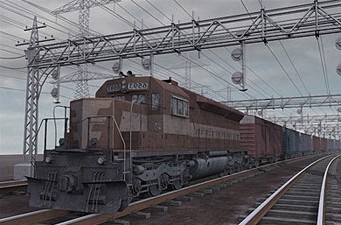 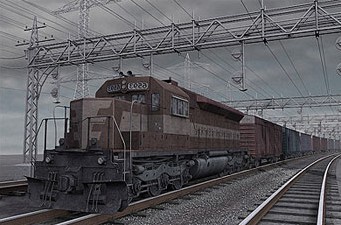 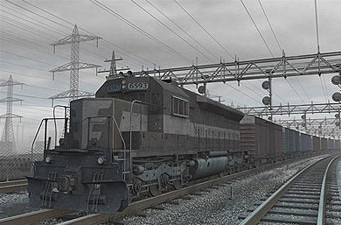