Making Of 'The Spider'

Translation from German by Chris-3DT

Welcome to this little tutorial. For 99% of this scene I used 3D Total's Scifi Texture. 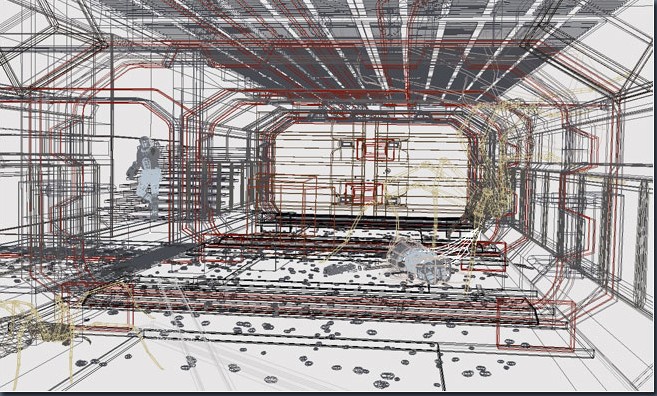 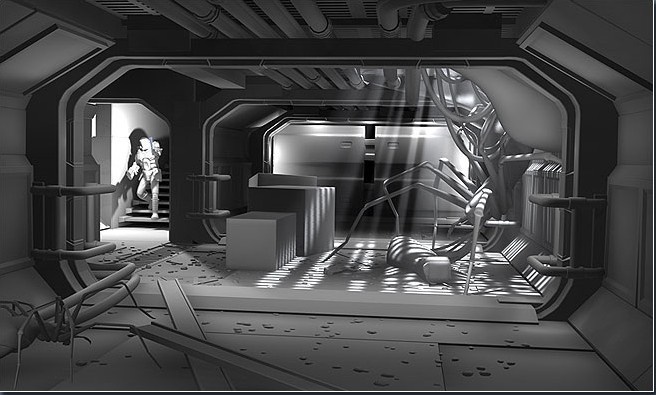 Frame and Bulkhead
First of all I defined the general shape of the hallway and put up pillars/frames, that divide the hallway, accordingly.

The frames consist of three extruded splines. The third Extrude Nurbe has mountings for the lamps that are integrated into the frames. The two outer frame elements enclose the third from both sides.

The bulkhead at the end of the hallway was made in the same way. The doors are simple polygonal objects. The frames were equally spread over the hallway and boxes were placed inbetween for a floor.

Floor
The whole scene was then textured in Photoshop working from the top view. The original yellow/black stripes on the CD were not wide enough, so they were extended to the left and right. I defined the the floor corrugation as a pattern and filled the whole texture with it. The thicker outlines were simply drawn with the line tool and slightly edited so that they appear to be more irregular. Finally a dirt mapwas blended over the texture.

Walls
The walls are simple, partially modified, boxes. Through adequate texturing you can save a lot of work here while maintaining a detailed look, especially in dim lighting. ;) 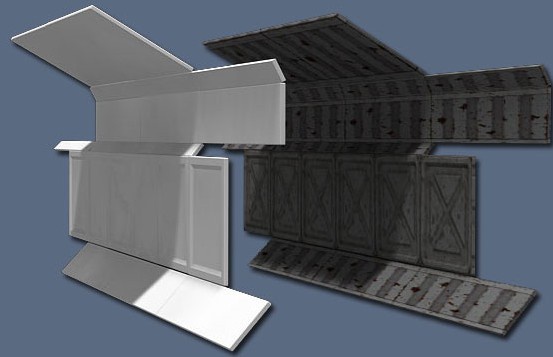 Crates
The crates are simple boxes with some beveled edges and different textures. Similarly simple made are the grilles in the floor, as well as the fans in the wall and the bar on the ground in the foreground.

Scene
I thought long about what was going to happen in the scene. After a couple of attempts I decided to go for the giant spider, alos because I had previously made it some time ago. ;) 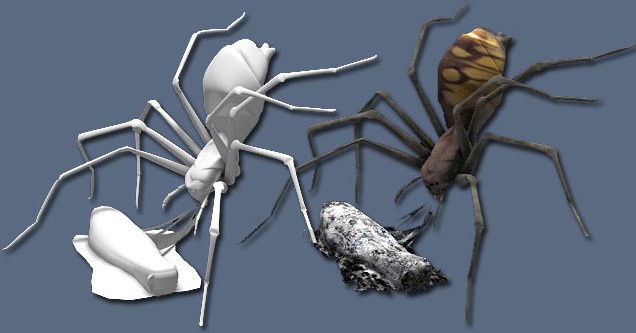 One of the spiders grabbed a marine and spun him in a cocoon. The cocoon was made of several layers of a slime-texture (see below) and a polygonal object that houses the marine. 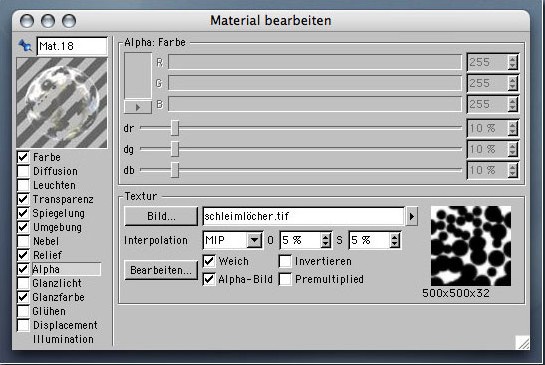 The scene is lit by the single flashlight of the marine and the light that breaks through the hole in the ceiling. The rest is done by radiosity. 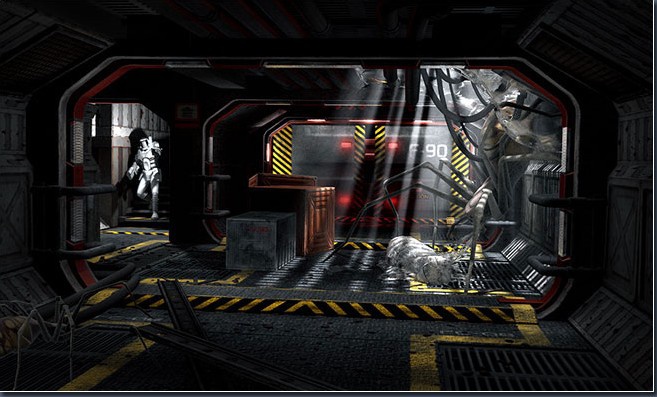 The development of the scene can be seen here: http://dermattin.com/wip/gang/