Making Of 'The Shop'

The scene represents a man and a sculpture, maybe a sculptor observing his work. All the textures used are from the Total Textures CD's see here www.3dtotal.com/textures. I have used the release 5 of 3D Studio MAX without any plugin or automatic system of global illumination. 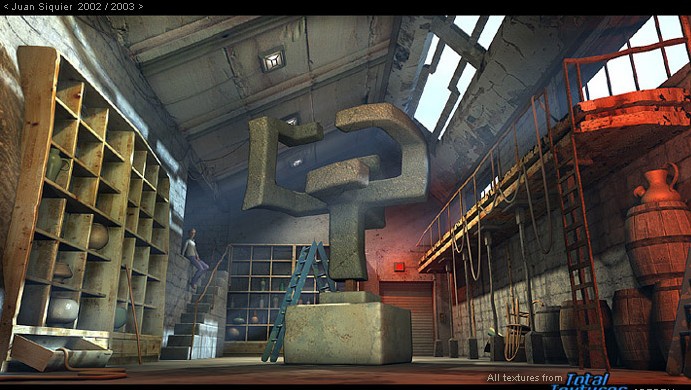 I have started the room from a spline extrusion on its cross section. I don't like to use the boolean operations in MAX, so the window's holes have been made by editing polygons by hand. 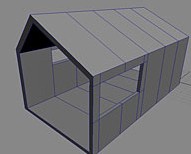 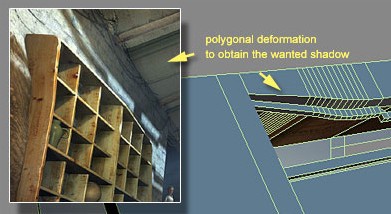 I sometimes deform the hidden geometry to obtain interesting illumination effects. Here I have edited the window frames to obtain that weird curved shadow on the left. 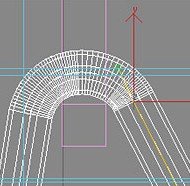 The cables and ropes which hang everywhere are renderable splines, it is important to activate the adaptive interpolation
and decrease the number of faces. 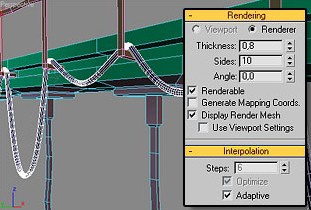 The bookcase is built with boxes, the bottles are splines with "Lathe", the stairway and the handrails I have made them extruding faces from a box, the watering-can on the right are a NURBS tutorial that I found in a book, the barrels are cylinders with a "Taper" modifier and the seated guy looking at the sculpture he is an articulated puppet in low-poly that I use when I need to include people in my scenes. 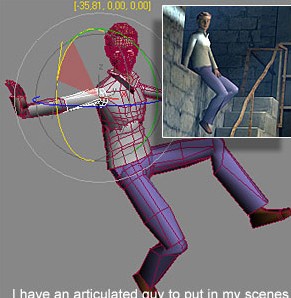 To deform the geometry, MAX5 has a really useful tool called "QuickSlice", it is a good idea to give to the rustic architecture a similar treatment to which we give to the organic modeling avoiding the perfect angles and parellel lines, I usually chamfer the edges of the more visible objects and in some cases I subdivide the bevel to them and add some noise. 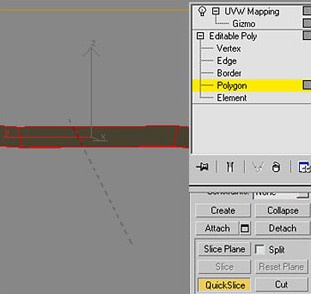 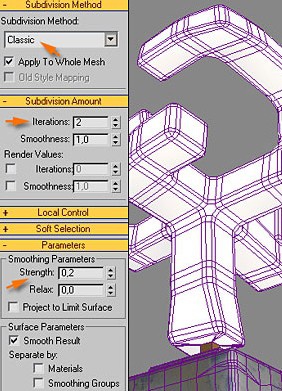 Â
To model the sculpture I have started from a "Box" with some extruded polygons, I have applied a "MeshSmooth" modifier with "Classic" style to which I have decrease the Strength level, by this way I obtain the bevel effect.
In the corner more visible of the pedestal I have moved vertexes to cause some erosion. 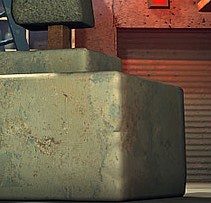 The objects location in the scene, as well as the camera angle attempts a composition, relaxed, symmetrical and balanced to give to the scene an gentle still look.

I almost always apply texture to the objects in modeling phase, I need to apply pretextures to seeing the working result, I also illuminate almost completely to have an exact idea of where to go. 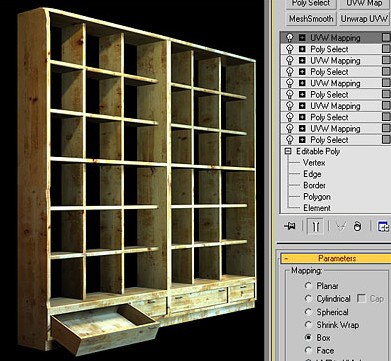 Most of the objects use the same mapping system, I apply an "Poly Select" modifier, I select polygons and I apply them a "UVWMapping", then I copy that "Mapping" clicking with the button 2 in the modifiers rollout, I apply another "Poly Select", I select other polygons, I paste the "mapping" and I move, I scale or I rotate the gizmo to avoid the "Tiling" efect. In the picture of the left there are very few repetitions in the vein of the wood.

Another thing that I make frequently it is to vary the output maps parameters , by this way I can obtain, for example, many wooden varieties with just one map. This also allows me to control with more precision of exact color that I need in each object. 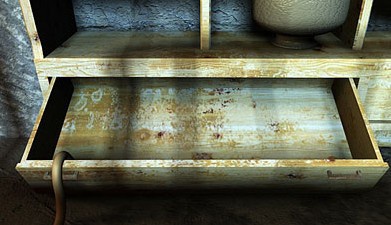 The rasped varnish effect I have obtained with a "Blend" material, two different wood maps and an dirt map from the "Total Textures" CDs.
The effect is very realistic.

The sculpture has a "Composite" material formed by two "Concrete" 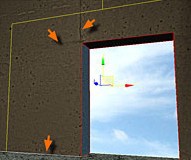 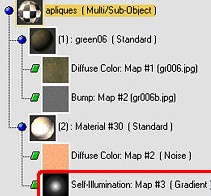 To hide the tiling effect in the walls I select all the polygons of that wall, then, I make a detach of those polygons with the purpose of isolating them, once isolated ("hide unselected") I make a render in "Front" viewport using the "box selected" mode disabling shadows and "Environment" effects.

I put the render into Photoshop and there I edit it to dirty corners, to put graffitis, to rotate blocks of bricks, etc. finally I mapping in MAX with an "UVWMapping" planar to the whole wall. 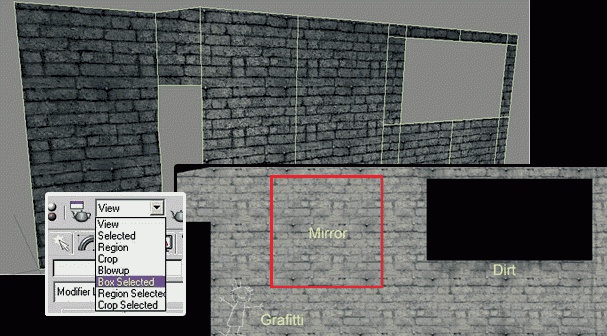 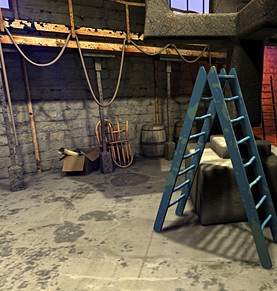 To make some materials of the scene I used a blend material, in a slot I put a material of "Total Textures", in the other slot I put the same material but varying the output parameters of the diffuse map to make it a lot more dark and a dirt map the "Mask" slot

The step ladders have a "Splat" map that simulates painting splashes.

The illumination of this scene is quite complex because im not using any system of global illumination I have had to emulate this with light-references distributed by the room. The main light comes from the Sun to which I have applied an Volume Light effect with density = 1,9. Then I have created an Omni with a brown color, activated attenuation and a multiplier value very low,I have made several references of that omni and there are them distributed for the scene.

I have created three spots to create to the roof lights, these give a yellowish light and they have the Inverse Square "Decay" activated, finally, I have created some more lights : One behind the photographer illuminating the whole scene frontly, another red one in the pilot over the door and another red one more behind the photographer to their right. 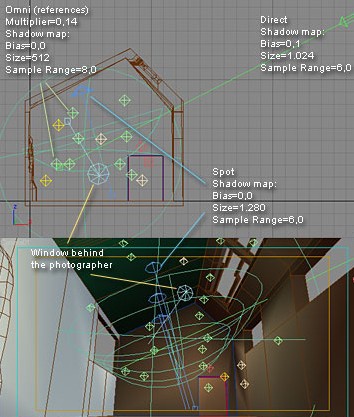 I give thanks to 3DTotal because they have made a great job with these CDs, there is enough variety of seamless maps for any CG work with unquestionable quality, the bump maps are not just a desaturation of the diffuse map, the dirt maps are vastly useful for rustic textures, there are panoramic skies of great beauty, bricks, metals, shadows, cloth, stones... even a max library of procedurals material. I think that the quality or my work will increase with the Total Textures and they will be of much help in the future.

If you want to know something more write me to info@juansiquier.com