Making Of 'The Old Cupboard Door'

How it all began

How it all began

Two years ago, when I got involved with 3D I just thought it would be a short phase. I was working for a web company (I still am) and we needed a 3d model of a shopping city and I guess I was the only one who wanted to try something new. Not to bore you to death, let me just say I got hooked instantly. Modeling wasn't a problem but I wanted to learn more about texturing so I ordered a book called »Digital Painting and Texturing«. It took me a whole day to read it. What can I say, I was hungry for knowledge. Inside I found a picture that caught my eye right away. It was called »The Old Cupboard Door« painted by William Michael Harnett. Two years later, I decided to try to replicate it in a three dimensional space. 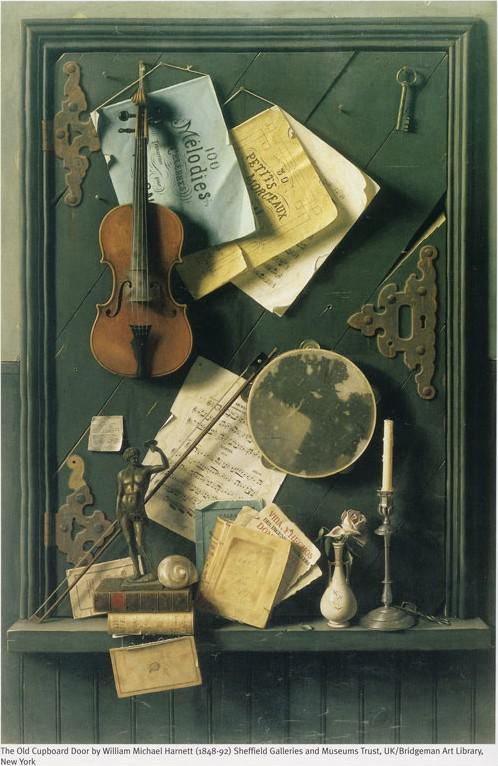 After scanning the page and cropping the picture for reference I had a close look at all the objects. Most of them were recognizable right away but then I saw a scissors like object in the bottom right corner. They weren't just any ordinary scissors, but had this odd shaped box on them. I searched Google Images like crazy with every possible word combo but came up with nothing. I was losing hope when a friend recognized them right away. It was a wick trimmer - you learn new things every day. With all objects identified, I fired up Google Images and gathered as many reference pictures as possible. I spent most of the time looking for nice violin and tambourine pictures. Having found everything I needed, it was just a matter of preparing the pictures so they could be used as reference inside the 3d program. 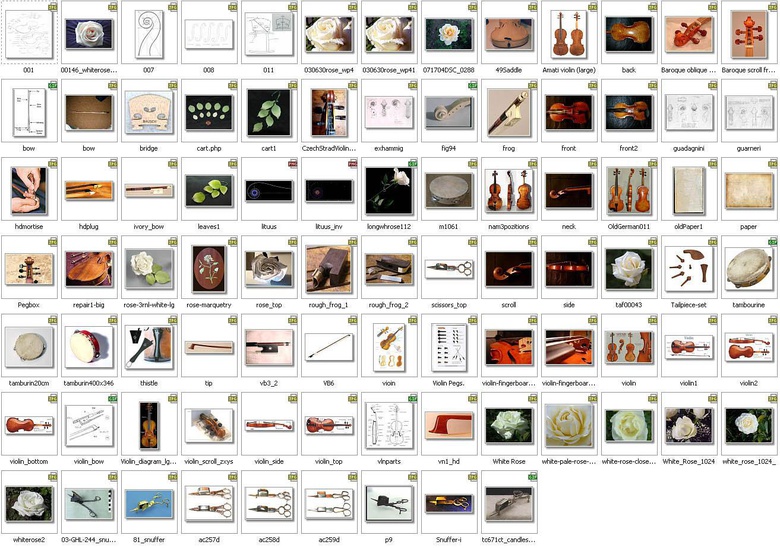 I am not a big fan of nurbs or splines. Poly-modelling is the technique I use most of the time. I had to start somewhere so I decided to do the things around the cupboard first. Wall and wall boards were easy. Then came the cupboard door. I decided to go for the low Poly version so I just sculpted the planes using the reference image and applied shell modifier to give them depth. With the basic shape done, I added a few more segments to each plank and started to move vertices's around to achieve the tear and wear look. Nail holes were made with cut tool and then extruded inwards. For the hinges and the lock I decided to try something new. I traced half of the hinge with a spline, added a »Symmetry« and on top »Face Extrude« modifier. After collapsing the stack I ended up with a single face and handful of vertices's. It was time for spring cleaning. Enabling snap to vertex made a job a lot easier when I started cutting edges from one vertex to another. While doing this I tried to stick to quads as much as possible. When done, all that was left to do was to apply the »Shell« modifier to give it thickness, beveling the outer edges and throwing Turbo Smooth on top. The bottom broken hinge was a breeze. I just copied the top one, deleted the broken part, created a new Poly and that was it. I used the same technique for the lock as I did for the hinges. Here is a little tip from me on how to get away from the perfect/new/clean look. I think it adds a lot to the realism and is really simple to do. When you are done modeling, put a »Noise« modifier on top of your stack using really small values. 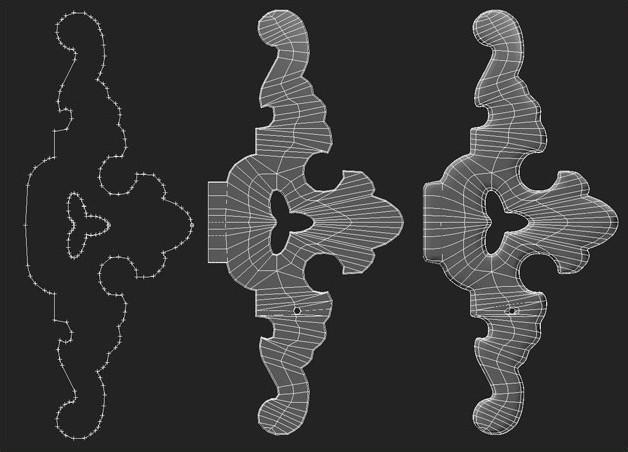 Modeling the notebooks, pieces of paper and books turned out to be much easier then I expected. I started with a four sided Poly and then just cut the edges where the folds and creases were. Looking at the wire it sure isn't pretty but if works in the end. As always I tried to stick to quads as smoothing modifiers aren't too keen on triangles. 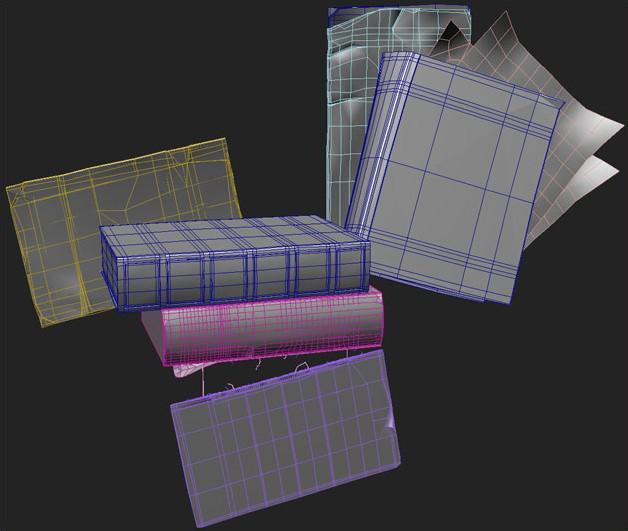 The biggest task modeling wise had to be the violin and the rose. Luckily I found some good blueprints for violin which helped me quite a lot. After the belly was done, I had to find a way to do the F-holes. Boolean did the trick, but as usual I had to clean up the mesh. For rib and lining I used the belly's outer edge, converted it to spline and enabled renderable spline (set to 4 sided). The rest was just chamfering the edges and doing some small modifications. Last but not least came the hardest part - the scroll. It took a lot of patience to make it look right. What started out as a cylinder quickly transformed into a scroll with some edge cutting and extruding. I think the wire tells the whole story. 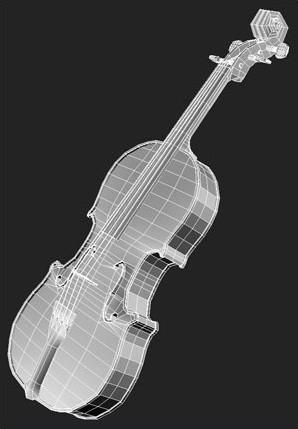 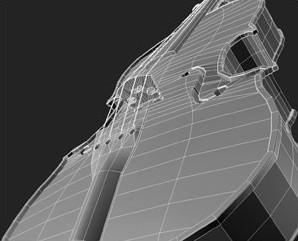 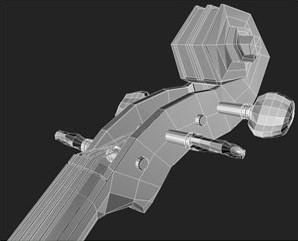 While blueprints made my job with the violin a lot easier, there is no such thing as a blueprint for flowers. All I had to go by were the reference photos from the net. After the first petal was done, I just copied it number of times. I reworked each of them so I ended up with 5 or 6 different ones in size and shape. All that was left to do was to copy them a few times and arrange them around a center point. Overlapping was quickly sorted with a bit of bending and edge moving. 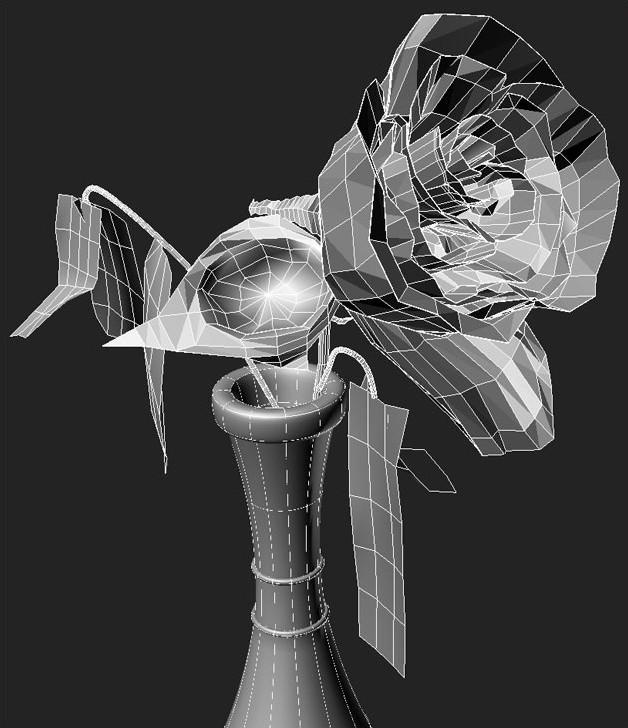 As I started this project, I thought that modeling would took me a couple of days, but as it turned out, I spent quite a while modeling all the details. Don't know if it's just me, but I rather model something then fake it with textures. Which brings me to the next chapter.... 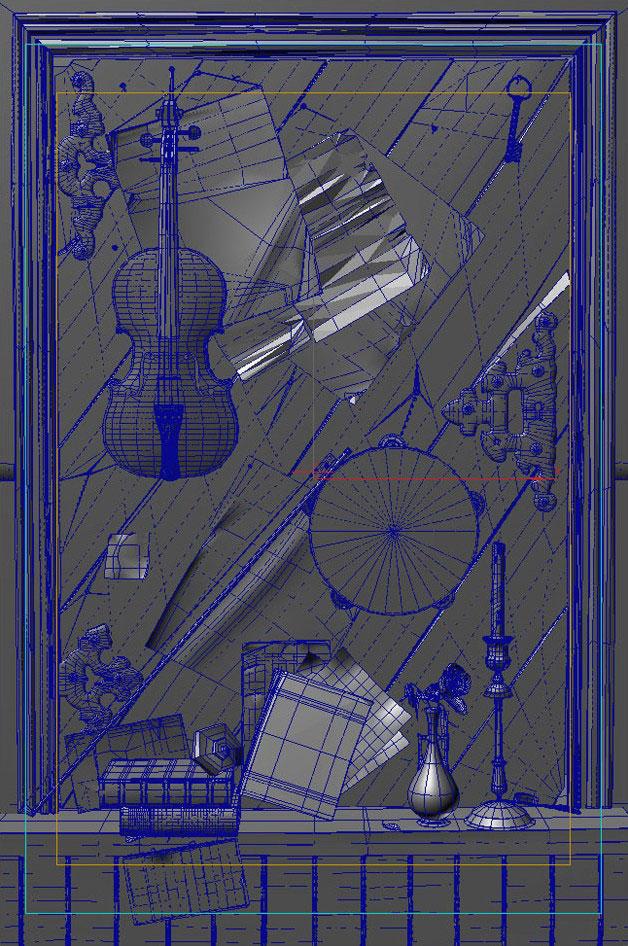 With modeling behind me, I had to make a decision. Do I try to copy the original or do I make my own textures. After staring at the painting for god knows how long, I decided to take the middle road. Do a little of both. Mapping is a big part of texturing so I try to map as many objects as I can before I get bored and start creating textures. Planar mapping was used on 90% of the objects. A few of them were unwrapped and few used cylindrical mapping. I use Texporter plugin to grab a screen shot of the wire model and bring it into Photoshop. With wire image on my bottom layer, I create a layer set and name it »Diffuse«. Then the fun begins. As a base I always try to use a clean picture of the material I am after. Google images is the place to look. If the image is too small, I crop it and clone it so it fills the canvas. A quick use of a clone tool can quickly erase the seams and then we are ready to party.

Adding grime and dirt is the best part... at least for me. You can use almost any picture, play around with opacity and blending mode and something is bound to look right. For little details I turn to my little trusty Wacom tablet. I am the first to admit that I suck at drawing, but the good thing about computers is the CTRL+Z a.k.a. the »Undo function«. I am also a big fan of adjustment layers where you can play around with hue, color, brightness, contrast, etc. These can especially come handy when you want to change the feel or the overall color of the texture quickly. When creating textures I tend to go a little overboard with the resolution, as one never knows how big of a render he will have to do. For big objects I normally go up to 2000x2000. Going big is good for close-up shots, but on the down side it slows down the work flow as PSD files tend to get quite big very quickly (there is no such thing as having too much RAM). If you suck at drawing like I do, best way to do textures is to take pictures with your camera or search the net. Then just take what you need and try to blend it into the texture. 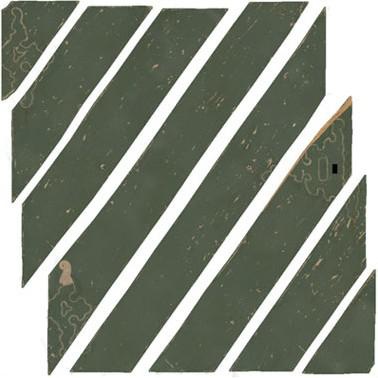 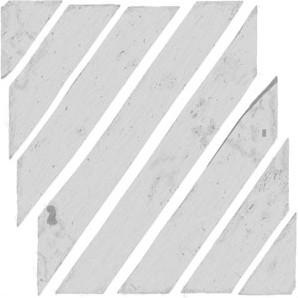 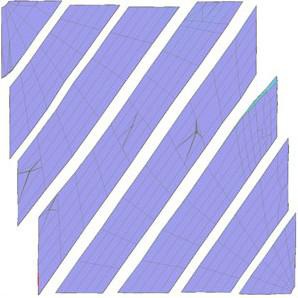 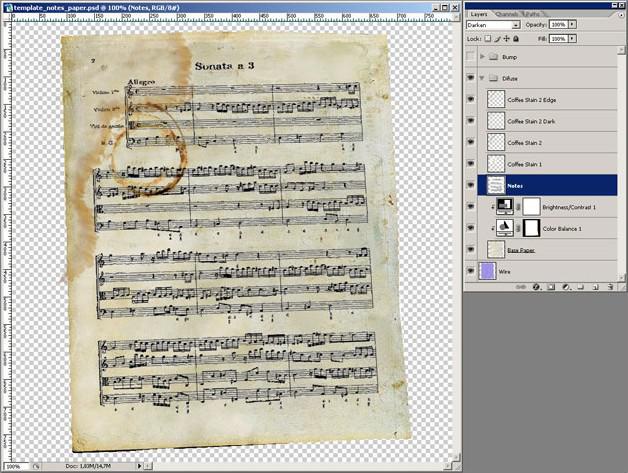 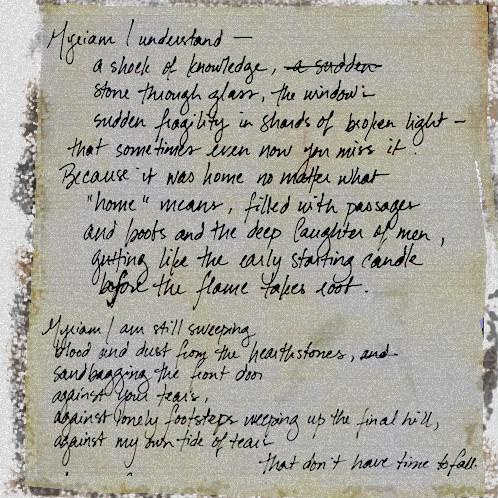 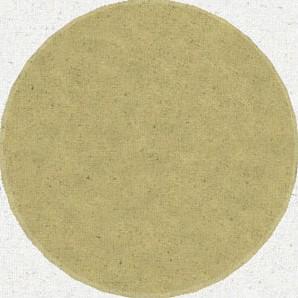 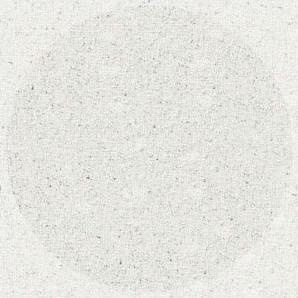 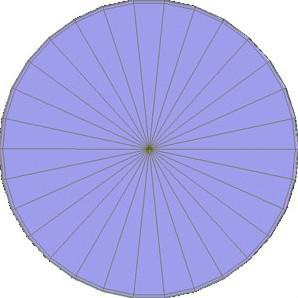 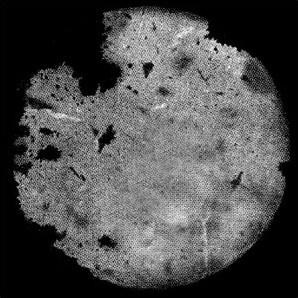 Here is a quick tutorial on how to do old peeling paint/chipped wood or metal in a few simple steps. As a base layer use a picture of the material you want to apply paint to (wood, metal...). Click on Paint Bucket and check the All Layers box. Set the tolerance to around 30 (depends on the contrast of the original picture) and start painting. All Layers option forces the paint to only fill certain areas. When you are happy with the result, create a new layer, use a noise filter and adjust the blending mode/opacity. To give it a final touch, add a dirt layer and you are done 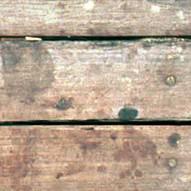 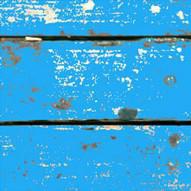 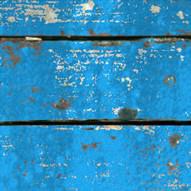 Lighting the scene was quite easy. Original painting had the light coming from the left so I just tried to match that with a direct light. I used two omni lights as specular only plus a spotlight to light up the area behind the tambourine.

Final render took around 25 minutes at 648x975 resolution. I am never too keen on post production so I only corrected the colors a bit and sharpened it up. My goal was never to go for photorealism. I just wanted to capture a feeling of something that was old and used. I hope someone finds this article useful as I really enjoyed working on this little project. If anyone has any questions feel free to email me. 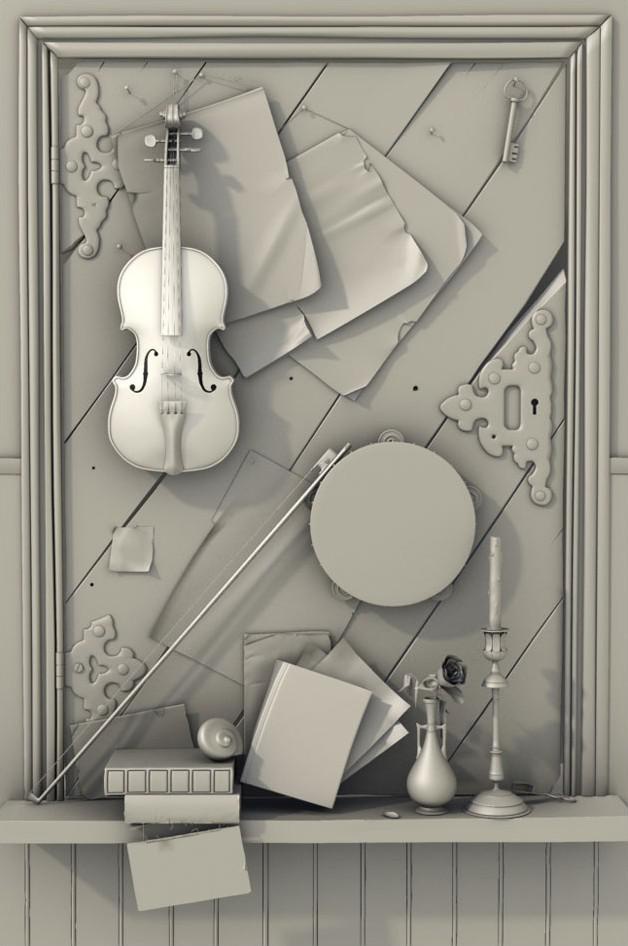 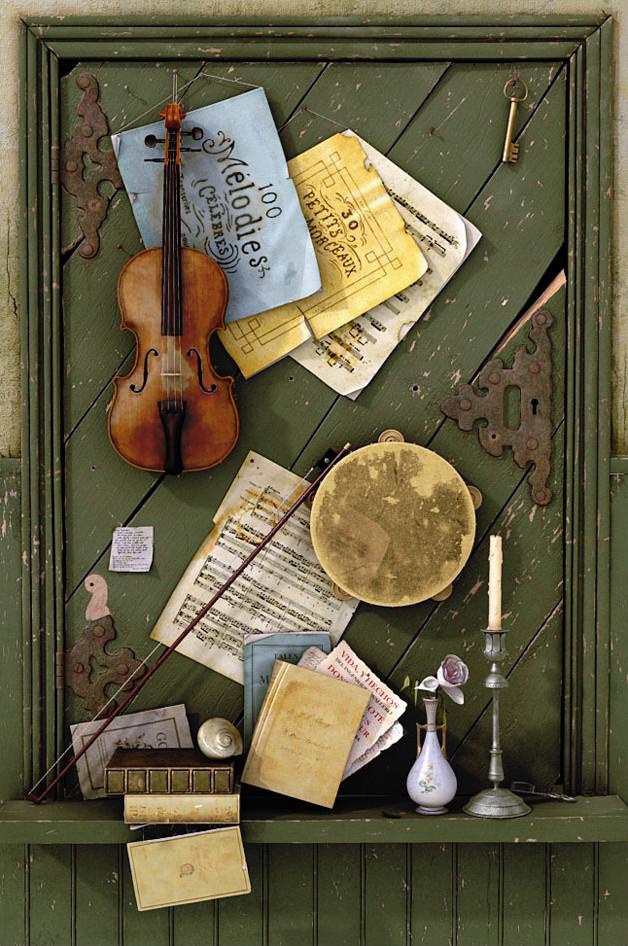 American painter, William Michael Harnett was born in Ireland but raised in Philadelphia. In 1869, he moved to New York and remained there for most of his later life except for a six-year stay in Europe from 1880 to 1886. His preferred still life subjects were firearms and musical instruments. Initially his work was popular with the general audience but dismissed by critics. However, in 1940, he was recognized for his strong compositions. Original Painting was painted in 1889 and is now held in City Art Gallery in Sheffield, England.