Making Of 'The Homer'

Hello there! My name is Carlos Bisquertt; I'm from Chile, and here's an overview of the first hi-poly CG-car that I have ever made.

Everything, except for the rendering, was done with Blender 2.45

Ever since I was first introduced into the world of 3d, I have intended to model the "mandatory" CG-car, but I never quite felt skilled enough for the task, and with so many beautiful renders showcased in almost every gallery I visit, my desire was always pushed aside.

Once I gathered the strength to finally do it, the first step was to choose the proper car, which had to have a relatively simple design which hopefully no one had already made (in your face, Ferrari Enzo!). Long story short: enter "The Homer".

The only references I relied on were a couple of pictures that I found on the Internet... 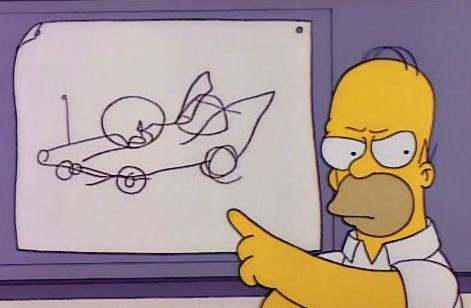 Here's a sequence showing the various stages of development, starting with a mirrored box with a few loop cuts, always keeping the mesh as simple as possible:

Sculpting and rounding the shape of the vehicle:

Simply select 4 polygons from beside the windows, make an inset extrusion and you get a door!

The headlamps were reshaped into a semi-sphere (instead of their original oval shape), and the wheels and final accessories were integrated.

It's always convenient to detach, from the main mesh, the parts that are supposed to be separated (doors, windows, etc.), as that way you won't have a gigantic mess of a mesh to work with later!

Car Paint Material: A not-so-fancy green shader with bumps to make the surface a little rougher (it also reminded me of my grandfather's old station wagon). 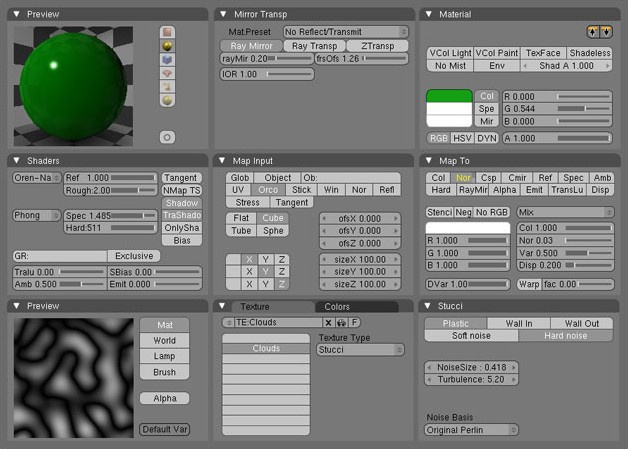 Chrome Material : I used a clean, mirror-like chrome material for most of the shiny accessories of the car, except on the rims where it is slightly less reflective.

Glass Material : The most important thing to remember when making windows of any kind is to give them thickness; otherwise you'll end up with something that looks like a solid wall of glass.

Headlamp Material & Texture : The headlamps (and rear lamps, which are not shown in the final image) were UV mapped to fake the protrusions on the glass.

Light Bulbs : Nothing special. They are only white ovals with the "Emit" parameter set to 0.318.

Tyre Material & Texture : The rubber material is dark and scarcely reflective (I wonder why?!). I wasn't originally going to use the "Goodyear" logotype, but I realised that it was one of the features that would make the model look real and believable, instead of just being an oversized toy. I used a very simple Color map (although "color" is a bit of a stretch, because it's only a b/w image), and a Bump map to elevate it and to simulate the threads.

The lighting is a single HDRI probe (created by Keith Bruns, keith@unparent.com). 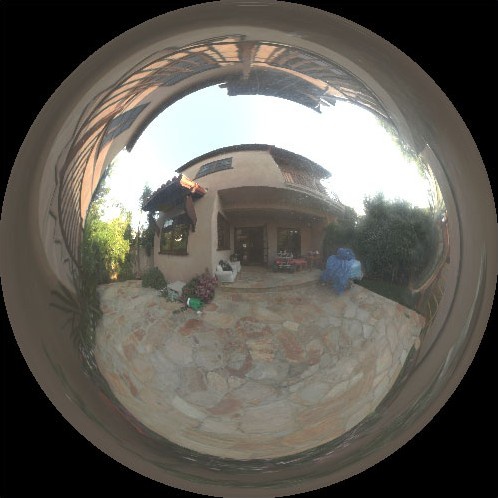 In order for this scene to look photorealistic, I chose to work with Yafray (version 0.0.9, www.yafray.org), which is a free open source raytracer which has been integrated into Blender. I set it up to render at "Full GI"; the rest were default settings. The render time was 1 hour and 23 minutes.

The rendered scene came out a little bit dark, so I used Paint Shop Pro (version XI) to correct that problem and to soften the shadows.

Now, I wanted the final render to look like a magazine advertisement, so I took the "General Motors" logo, changed one of the letters, and used the tasteless but hilarious "gorilla" reference as a tagline.

If you want to make your own version of this car, I will leave you my own blueprints (at least they're better than the Simpsons'!). 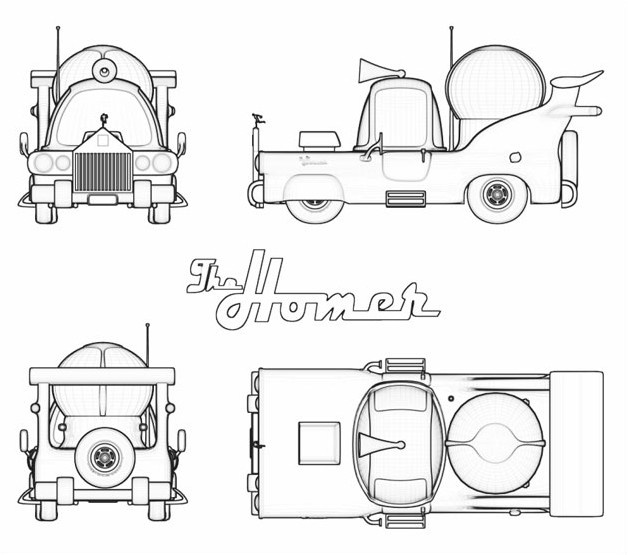 Thanks A LOT to the team at 3DTotal for giving me this opportunity.