Making Of 'The Drawing Room'

The Set Of Accessories 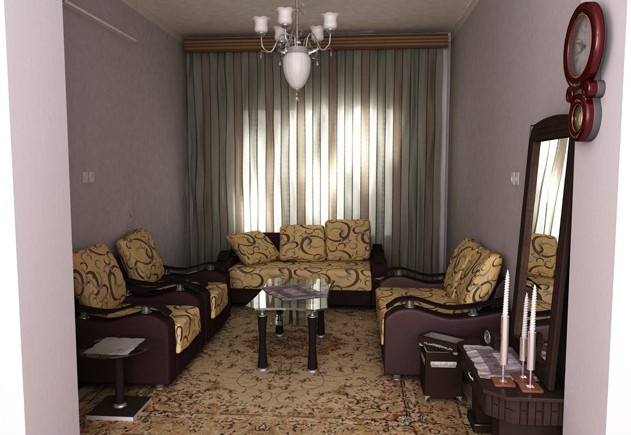 The Set Of Accessories

(Fig.01) Let`s review the scene: The room consists of the following pieces of furniture, a small table in the middle and a smaller table in the corner of the room. It also has a bin and a side table with a mirror that has a candlestick on it. There is a wall clock, curtains, and the sofa's and arm chairs.

I believe we should live and breathe 3D to give our work soul... we make the work and the work makes us. We should feel close to the project during designing. I believe we should try to imagine the project is in front of our eyes. If you can imagine the building in your mind, this is the thing that will make the scene more distinct. For example the shape of the furniture or pillows and the light that is behind curtains which gives the scene a larger sense of depth. Then I try to focus more on the subject of furniture and think about how I will make them.

To make the scene as real as possible, I had to consider the following. Firstly, I needed the correct scaling. Secondly I wanted a powerful texture for the cushions, carpet, chairs, curtains, and the face of the clock. Thirdly I wanted exact and real looking lighting, the house I chose for the making of the drawing room has six windows so I wanted to use all the light created by these in different parts of the image. Another thing I wanted to do was create a natural, clear and bright render of the set. 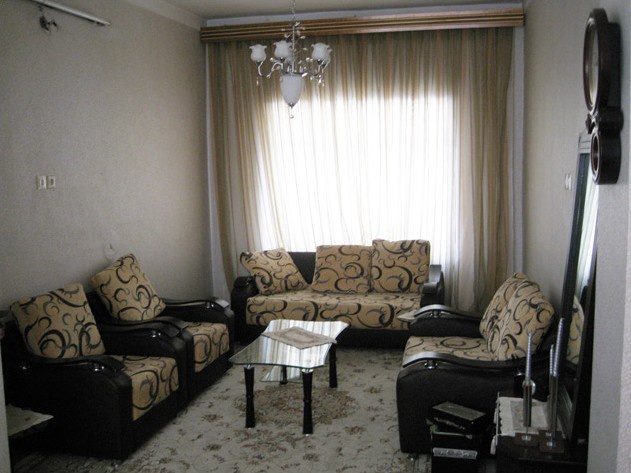 (Fig.02) Firstly, I measured the furniture with a sewing tape measure because of its flexibility; and then recorded the sizes. I feel that by doing this I can be more accurate. I even measured the distance between the light switch and the floor. If you look at the final picture you can see the benefit of having exact measurements. This work took me almost one hour. This was particularly hard for me as I have torn my anterior cruciate ligament! I paid special attention during this process, ensuring I had the correct details for the parts that I knew would be hard to build.

If you have the details of the scale to hand, then it makes it easier to alter different parts of the image. Of course when adjusting scale and size it is important to remember to apply the same changes to everything in the image. 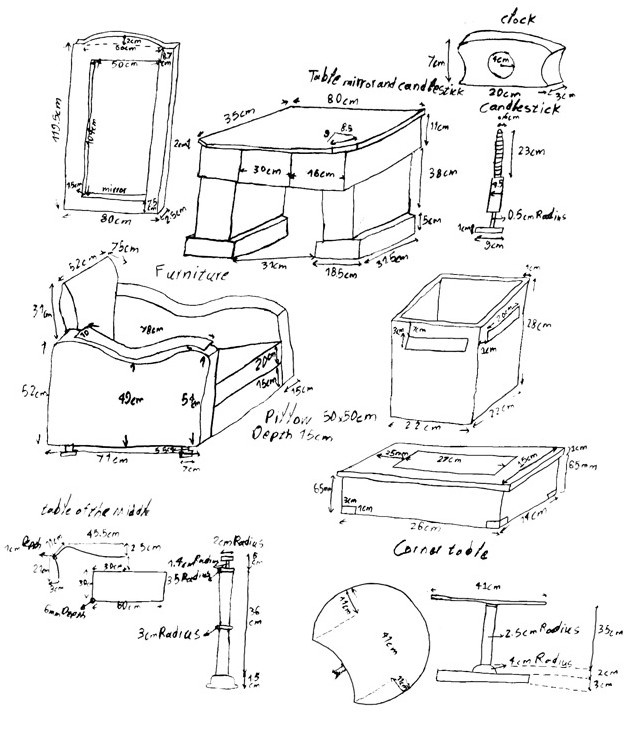 (Fig.03) I am used to building objects in white. Sometimes I encounter problems if everything is white, so I enable see - through in the Display Properties or change the color of parts for a short time. I also used orthographic view or wing Edged faces for editing objects. The Resolution of my computer can`t be more than 1024*768 which is problematic because I maximize the viewport sometimes.Â  I prefer to use the mouse roller to orbit, zoom and pan because I believe that by doing so makes it easier to change the viewpoint. I set the Orbit to Sub- Object because it is more precise. I choose to zoom about the mouse point (orthographic) using the viewport options in Customize>Preferences menu. Then, zoom in and zoom out on a selected point via mouse roll. The angle snap toggle is on most of the time. 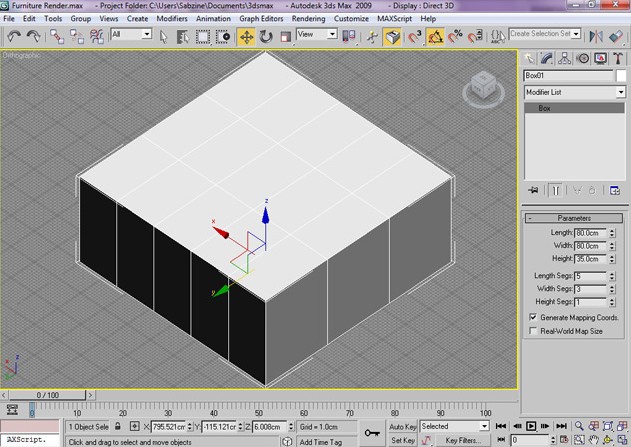 (Fig.04) To make the suite, I created a Box with specific Dimensions. I then added some segments to resemble the furniture in my original photograph. I then used the Chamfer and the Meshsmooth function to refine the edges of the furniture. The furniture feet and wooden parts were added too, and I used a new box for the arms. I then copied the chair and adjusted it to make the sofas; all I had to do was increase the length. I then added the seat of the sofa to show the softness of the cloth. 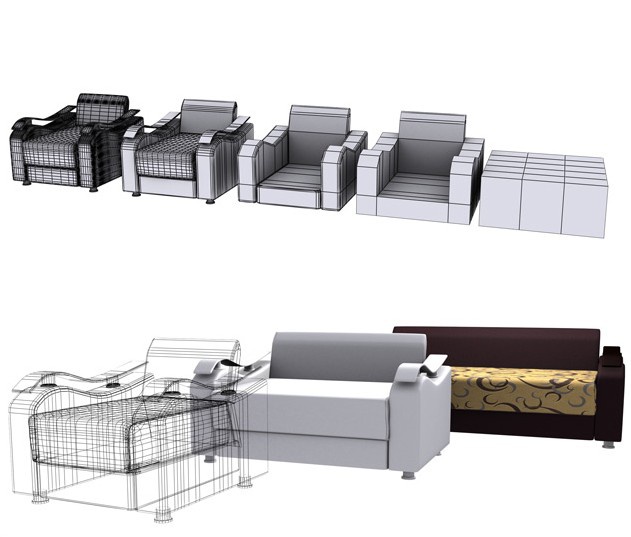 (Fig.05) I initially used three Polygons for the furniture pillows and then added extra ones to build in some of the fabric tension. I mirrored the four sides and attached them together, dragging each corner to the center of the pillow. I tried to make each of the seven pillows slightly different.Â  Overall, 8996 polygons and 9089 vertices were used for the final pillow.

It's time to make the small table and the table supporting the mirror and candlestick. I made some elaborate grooves for the large table which took several days. I then started to make the curtain, waste paper bin, handkerchief, window and all the other peripheral elements. 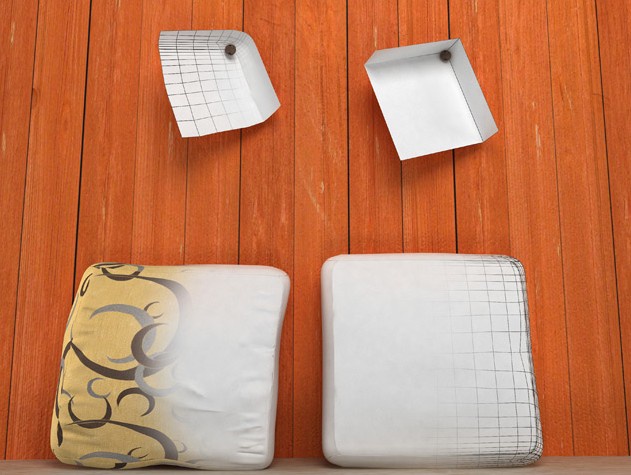 Now, it was time to make the side table in the corner. I used Spline Shapes for making the glass top which incorporated a Circle and an Arc. I used several methods to add the volume, but I think the best one is the Loft. I used a Box for the foot of the table and a Line and Lathe modifier for the stand. 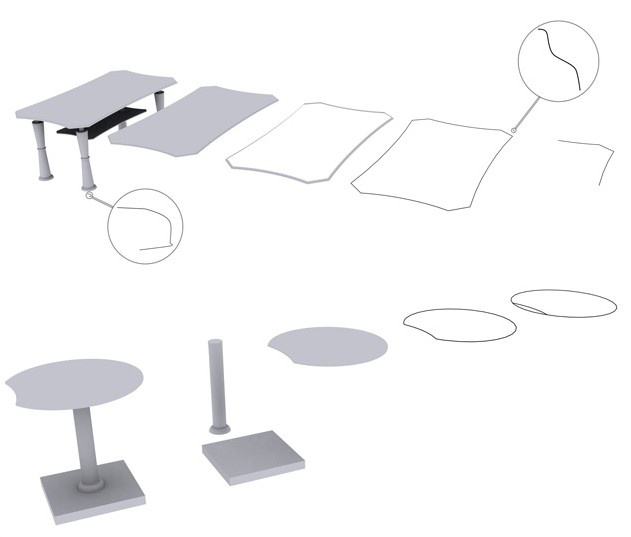 (Fig.07) After making the furniture and the small tables I had to make the other objects, namely the table supporting the mirror and candlestick, along with the lamp and lights. In order to make slots into the body of the table, after adding segments in the appropriate place slots, we can use Extrude and Chamfer to make the edges. Eventually the surface can be refined using the Meshsmooth function. The wastepaper bin and tissue box are made from chamfered boxes. In order to make the details we can use a Line and Lathe modifier. If you look closely at the clock, you will notice it is made of four cylinders. Using these in conjunction with arcs will yield a good result. 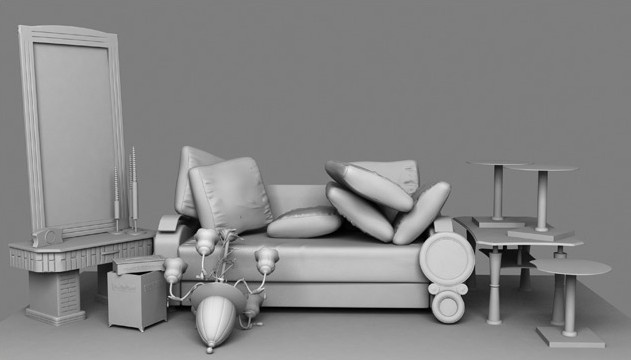 (Fig.08) First of all I took a picture of the seat cloth with a 12.1 MP Camera and imported the pictures into Photoshop. I made a texture (4001x5375) and using Unwrap UVW applied the material to the three furniture pieces and seven pillows which took about one day. By using Unwrap UVW on all of the items of furniture, I save UV space. I kept the Texture within the wireframe boundary and deleted any additional texture outside of this. I also did this for the other objects. 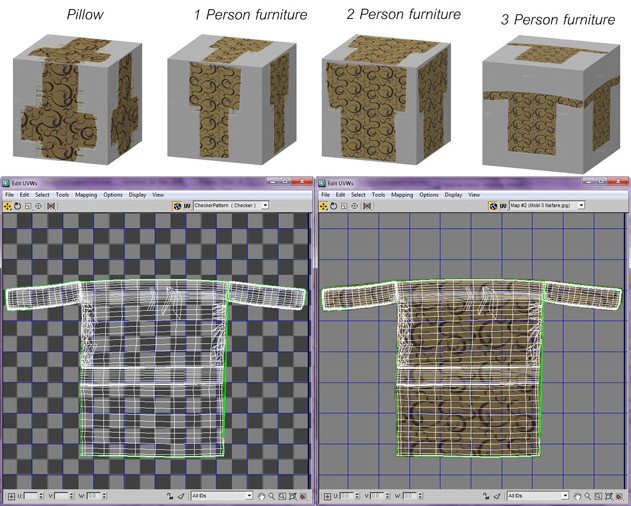 (Fig.09) I feel that when adding materials to a body of furniture, it is better to use procedural maps inside Max, so used a composite combining different colors. I combined two noise maps, mixing different colors to achieve a color similar to the furniture in the original photo. I used this image for the Bump map to convey the leather texture on the furniture. 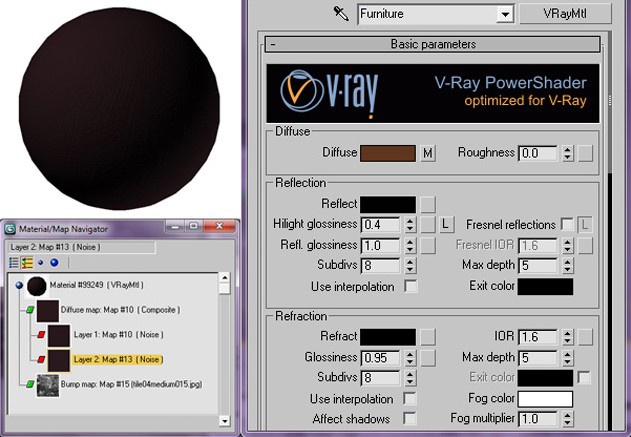 (Fig.10) I believe we must consider all objects with regards to reflections. Some things that do not produce light in the real world, do reflect light. However there are objects that have such little reflection that we can ignore them. I tried to consider this effect carefully except for the objects that show a negligible amount of reflection. If we look at the reflections on the surface of some objects that are not completely flat, we see that the reflection is not evenly shiny. For such reflections we can use Refl. glossiness. I tried to set the material parameters to make the objects look natural. I placed a wood texture in the Diffuse slot to make its color natural and changed the color to match. I then altered the texture effect from 30% to 70%. All in all I used 81 materials and 35 textures in this scene. 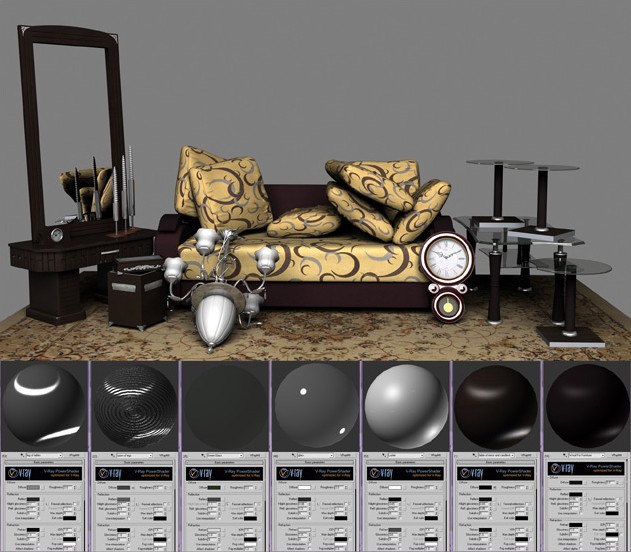 (Fig.11) In order to light the room I used seven different colors as well as Vraylight and Direct target. I tried to place the lights in their correct positions to make the scene look more natural. The key lights are placed behind the back of the curtains and in front of the drawing room, respectively. Then, I set the light intensity and changed the color to orange. 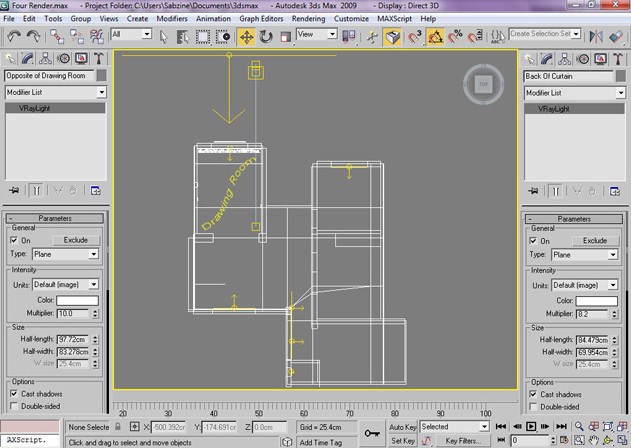 (Fig.12) After two days of trying to arrive at a favorable set up in my scene I rendered out the curtain without any glass and observed how the light affected the room. It certainly looked better and the scene was lighter but I wanted to lower the light and therefore added the glass. The result wasn`t bad but was not ideal. I wanted to show the rectangular frame behind the light and tried to render the under curtain and obtain a better result. I put both curtains in the scene and the result proved successful. 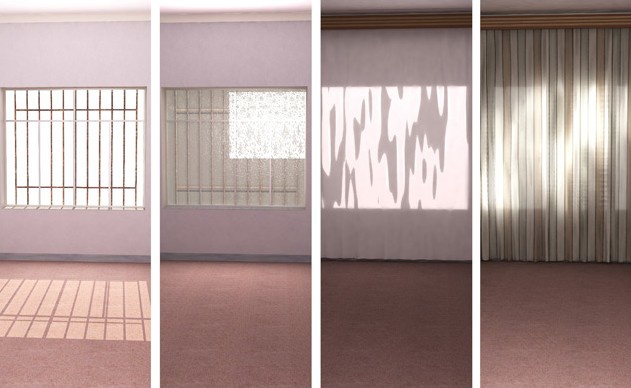 (Fig.13) I omitted all of the Vraylight and Direct targets and used seven photometric lights, six for the reflective light and one for the Fluorescent light. The average intensity was set to 275 cd. An orange was used for the bounce light and light blue for the Fluorescent. Also in the shape/area shadows tab and the group called Emit Light From, I set the six lights on Point and the other light on Line. 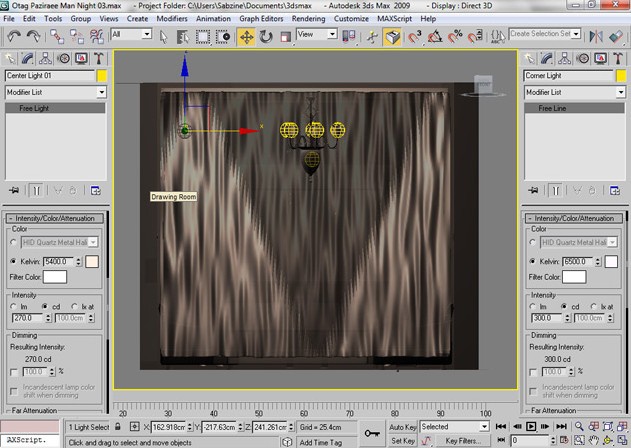 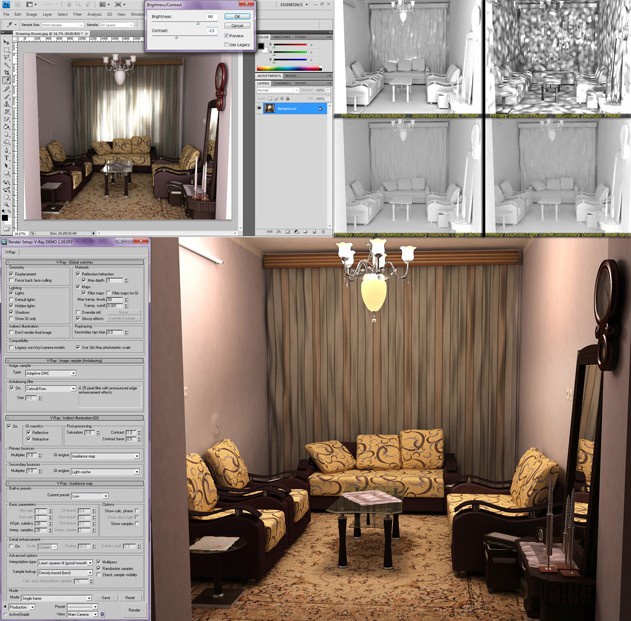 I hope this proves interesting!