Making of 'The Defender' 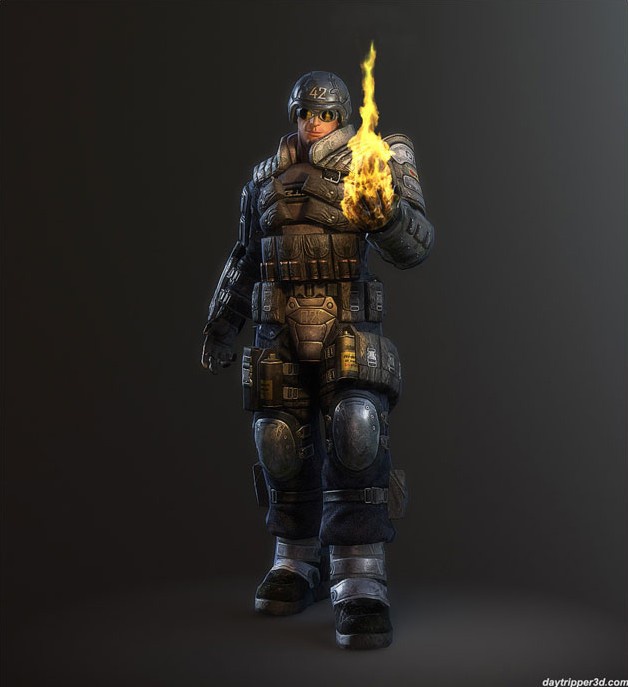 This is just my know-how, and I hope that it can be helpful to you.

First of all, this game character was to be made through the Unreal 3 Engine, and this character illustration was for commercial purposes. However, for several reasons, the project couldn't be completed.

The character is a fusion-style SWAT solider of the near future. He is able to conduct some magic, jump high, and his clothing is based on a contemporary design. I didn't know too much about SWAT clothing when I started this concept, so I gathered some images for reference (Fig.01). 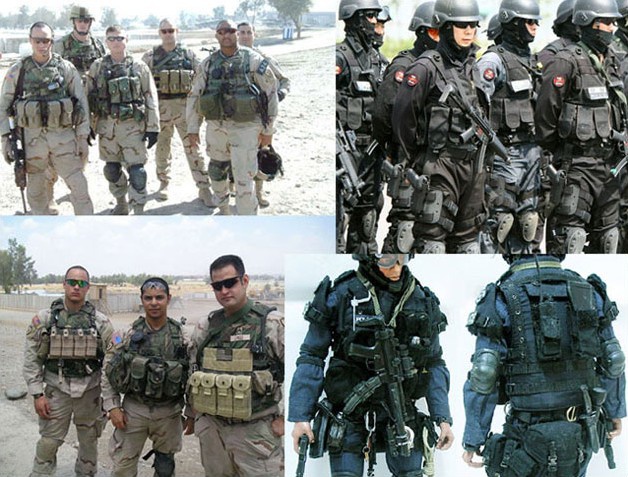 First of all, the low-poly model was created in 3ds Max. Since the game was to be produced with the Unreal 3 Engine, the body was exaggerated (Unreal Engine's field of view is very wide). The low-poly model that was produced in 3ds Max was then shaped roughly in ZBrush. Since it was going to have bullet-proof clothing with many accessories on the clothing, it didn't take too much time to produce.

The rough ZBrush data was then taken back to Max and the accessories and bullet-proof clothing were made using the basic body line as a guide (Fig.02). 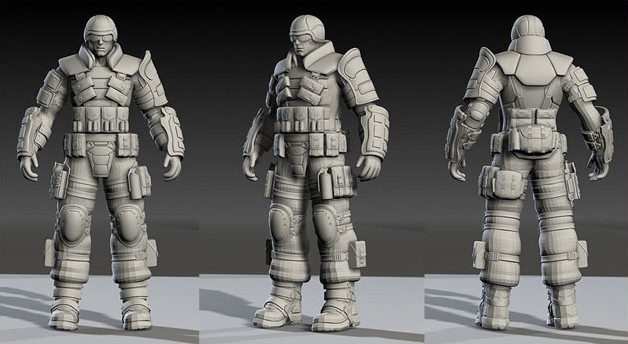 The items shown in Fig.03 were then designed and created in ZBrush.
Â
The normal and cavity maps that are required for high-poly mapping were taken from the ZBrush data for each part. 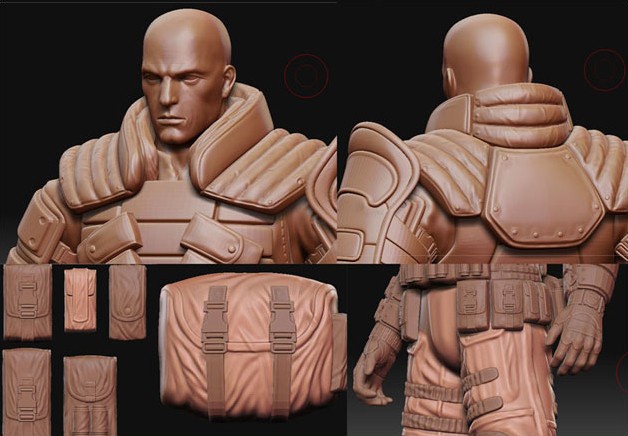 I imported the mesh of each ZBrush part and processed the mapping, after applying the basic materials in high-poly (Fig.04). 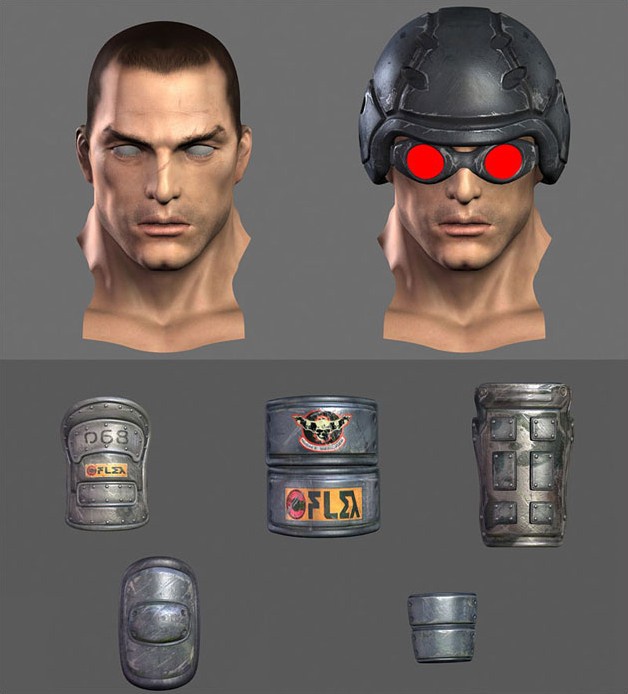 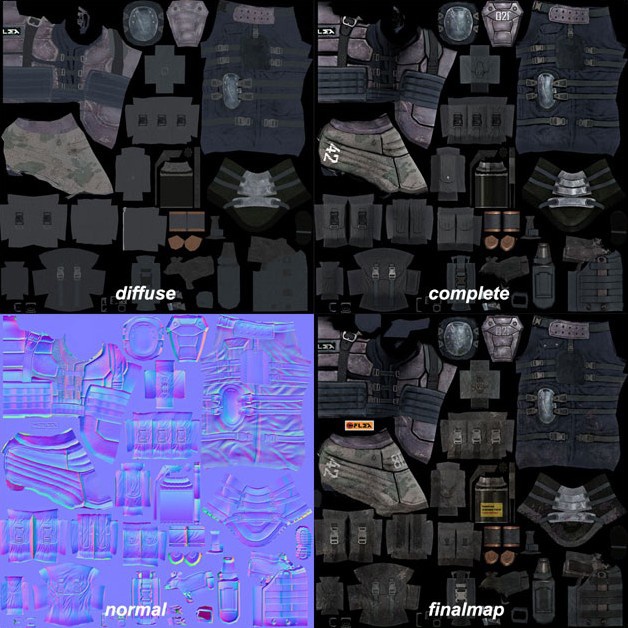 I then extracted the occlusion map and tested it in the 3ds Max and using the Unreal Engine. I used 1024 map sizes for each part (head, body, arms etc.), and made the diffuse specular normal map.

The low-poly model was made of approximately 10,000-12,000 polys (Fig.06). After combining all the maps, the details of each part were uploaded and the lighting test was performed (Fig.07). 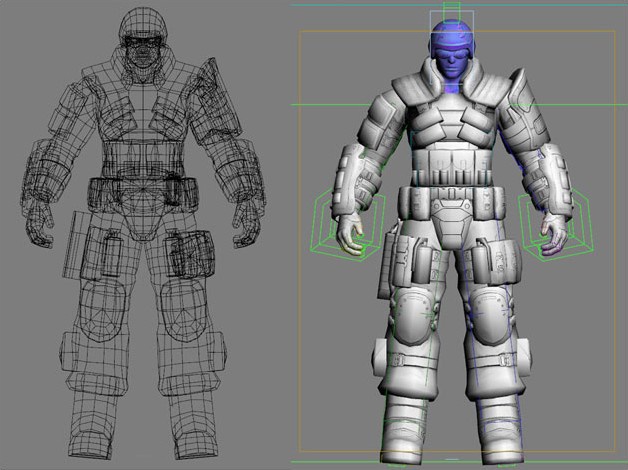 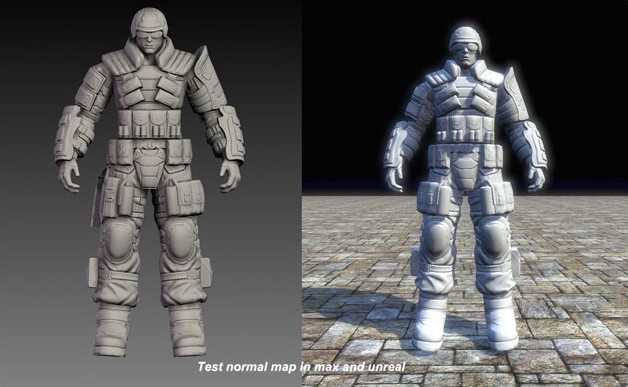 The test was done with the normal map. Here is my shader screenshot for the normal material; I often use the fall_off and blend shader for a good image (Fig.08). 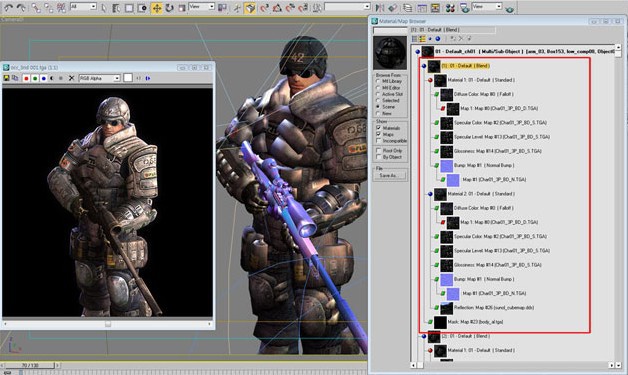 Lighting depends on the situation, and it needs many tries and lots of patience in order to achieve good image. Here is a screenshot of my lighting sertup (Fig.09). 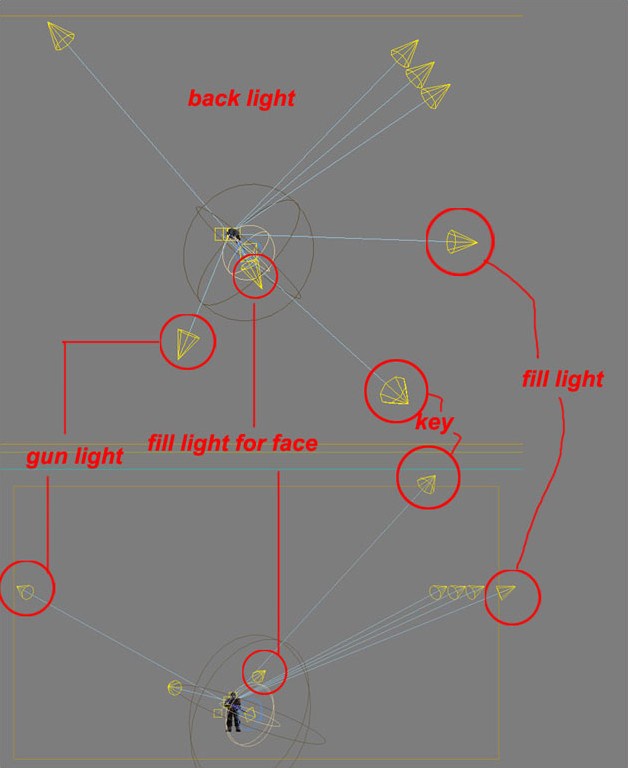 The fire effect was tested with Fume FX (Fig.10). 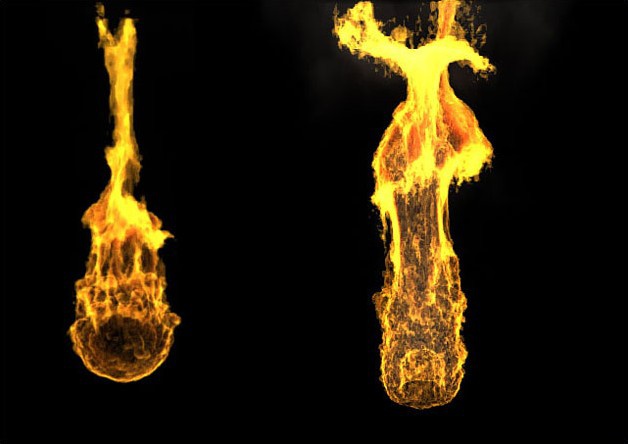 And finally, the finished result was achieved after the low-poly model's posture was completed (Fig.11).

The result had a fairly high output, as can be expected when using Fume FX. After considering whether to use either Mental Ray or V-Ray, I decided on V-Ray, as it can achieve the output in a short time.

Thank you for reading this, please do visit my website and if you have any questions at all feel free to send me an email.Â