Making Of 'The Cave'

This is the first sketch i did on the wacom. no other drawings necessary.major dark blocks. the background cavern is already quite there, but remains voluntarily brighter than the first closer area.the dark squarish areas on the buildings are just reminders of tones i'd like to obtain later on.
No opacity on the background. 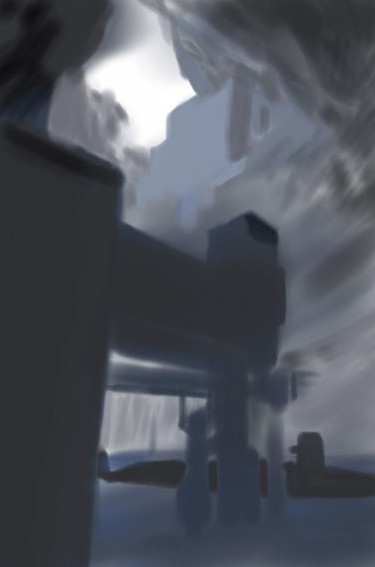 Defining the foreground: adding details, and orange lighting under the main building, hanging cables... docks added on the water. 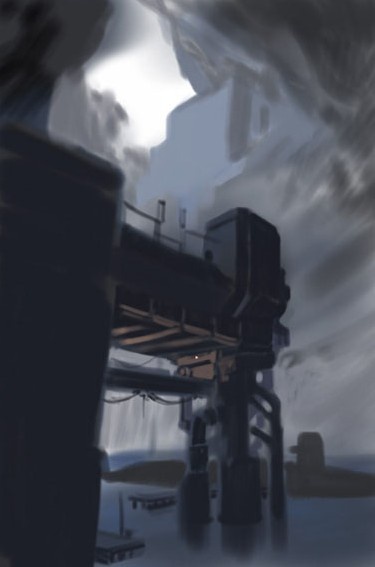 Defining the background. It is really too dark and too detailed for my taste, but i'll push it away later by adding brightness. I feel logical to paint the background with cold blue tones, not only because of the sky opening, but also in order to keep the action and interest of the picture on the foreground. 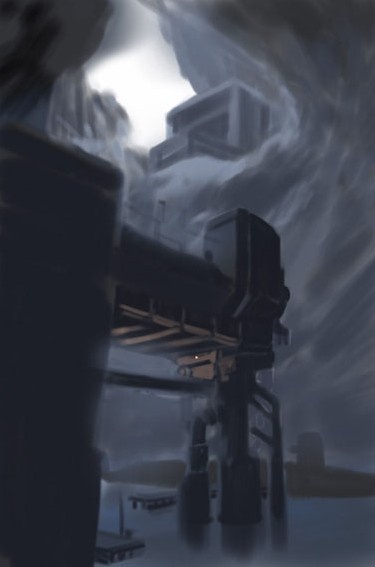 Decided to make the background building even more detailed than what i expected. Quite dangerous for the image balance, i will have to hide it later on. I'm beginning to paint the sky and the cavern with more opacity. 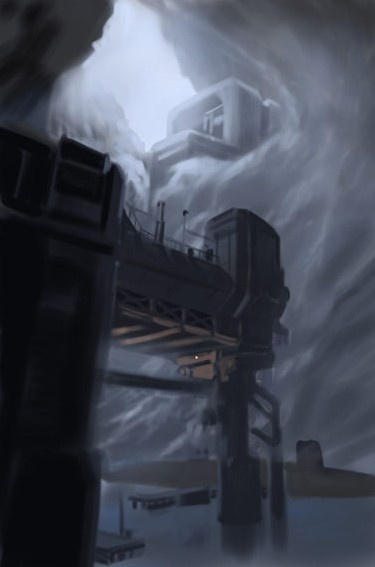 Minor step. i just need to reassure myself by adding temporary lights here and there. i'll keep the lights on a layer during all the process. 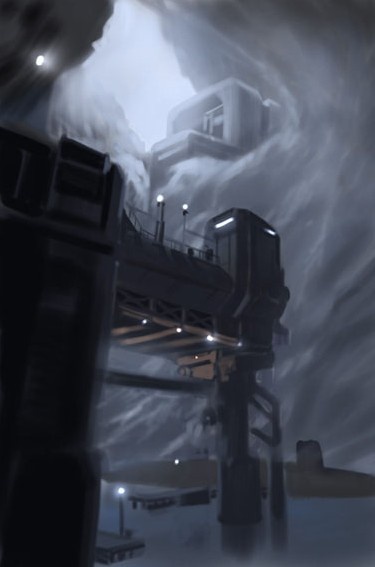 This is the "detail" process. concentrating on adding realistic touches here and there. probably the longest and most
rewarding step. I leave the background for now, working on the middle of the image, and leaving the rest for later on. 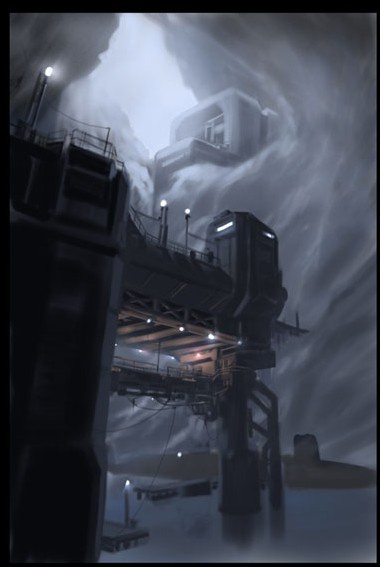 The "background" stage. important stage : with the help of color dodge, I try to make the cavern even wider and brighter than it is, in order to separate it from the foreground building. the main idea is to give a realistic distance to the background. Before doing so, I worked on the rocks in order to remove that airbrush feeling that we could perceive on ealier steps, upper right. 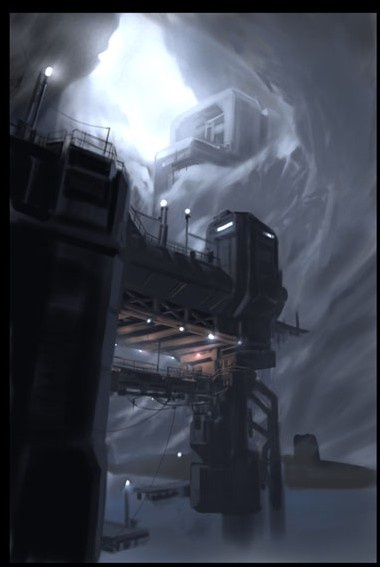 Finishing ground and liquids. warm tones, in order to make a link between the building and the lower water. this way, all the foreground becomes warm. 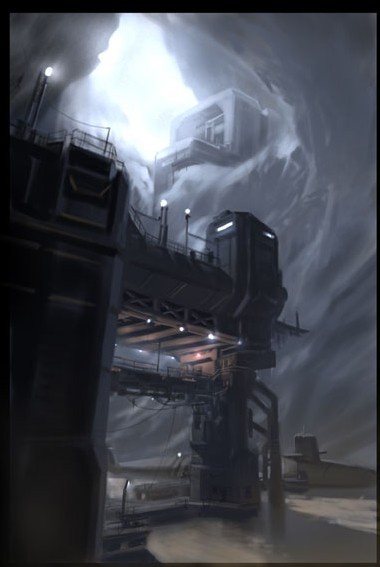 Painting process is over. the background has been flattened a bit with the use of the linear gradient tool : blue layers
that i erase on the foreground.i'm satisfied now with the difference between the two main areas. 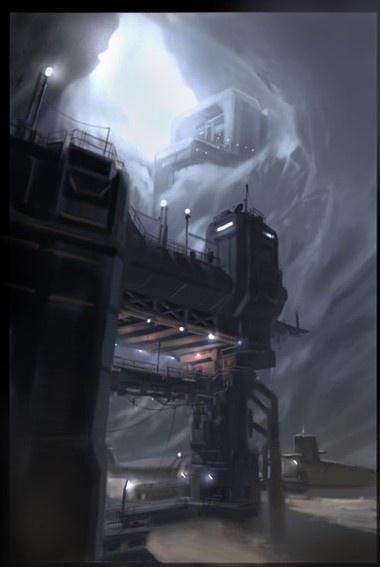 The very last touches. Duplicated the main layer in order to add the "watercolor" filter in some areas. especially in order to force some contrasts. Removed the filter effect on all the light halos.

I finished the picture in approximately 7 hours. during a period of two days. A fast drawing indeed, compared to my
other works. 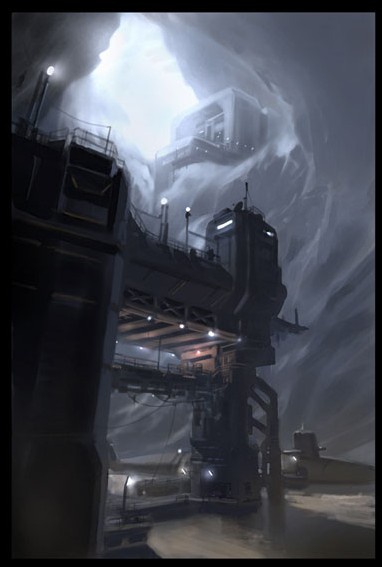