I have always been fascinated with flying cars, and it was a dream of mine that maybe one day I could pilot such a flying car. Since that is far off though, I thought I would make a piece of art related to the idea instead...
I wanted the piece to be inspired by the film, "The Fifth Element", whilst keeping my own style to it. I wanted the vehicles in the shot to be something that could be used for both Earth and for other planets, too.

First of all, I started off with a sketch of the vehicles.Â  I used paper and pen rather than the computer for this as this is what I'm used to, but you could ask create something with a tablet in digital format if you like.Â  Luckily, I had a clear mental picture of what I wanted, and only had to refine the environment. 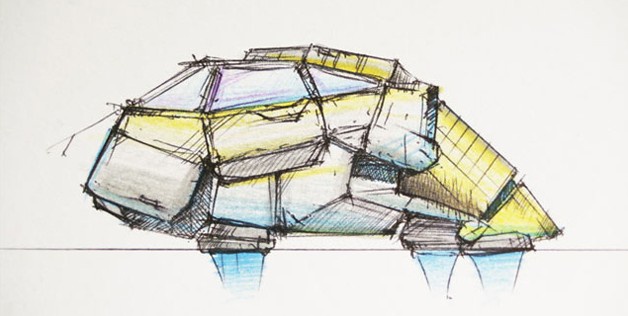 I created a camera with a background of my scanned sketch, and began placing box objects in line. After this, I went into independent cameras and used simple box modelling for the ships.Â  The ships are actually not that high in poly count, as I wanted detail in the texture and post effects (which also worked well with my not-so-fast computer).Â You can see a bit of this low detail in the main model. Usually when modelling I always start basic, and make details by cutting faces, extruding and chamfering.Â  A little rule I sometimes go by is: "Chamfer it!"Â  The detail grows and grows as you cut more details into the model, and get more extrusions and chamfered edges. 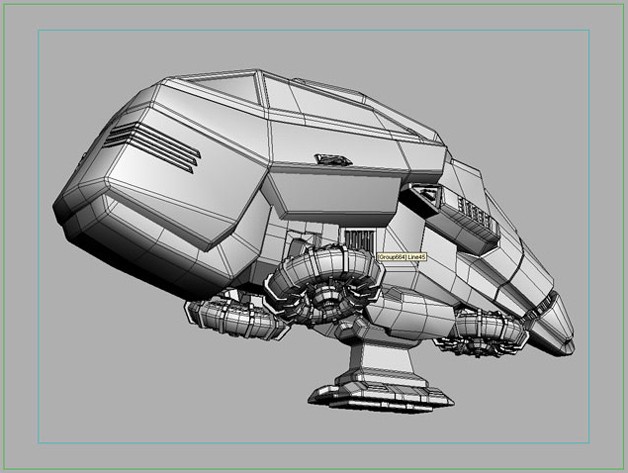 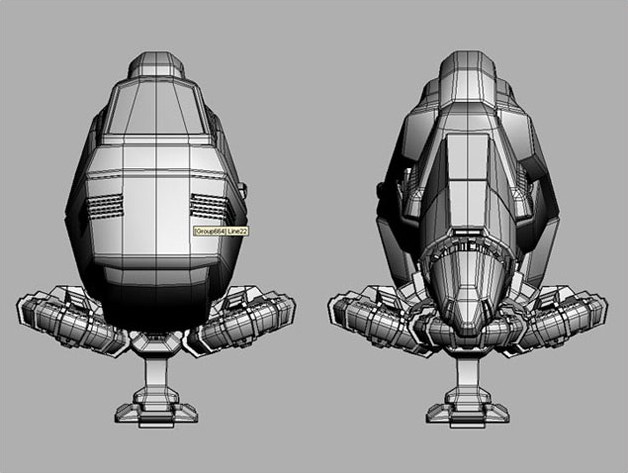 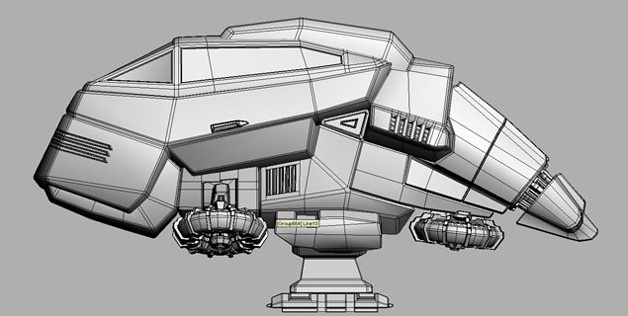 First came the research phase: I gathered many images from the film "Fifth Element", as well as other inspirational sci-fi/'steam punk' works.Â  I noticed that all of these works had one thing in common: dirt and grunge! There was so much opportunity for this piece because the 3DTtotal Textures gave me many different possibilities, and so I got myself organised, separating the textures into those that were clean and those that were dirty, because I wanted clean bases with "grungy" layers on top (the vehicles are used heavily, and so I wanted to show the life that these cars had lived through all of the dirt and grime through their textures).

A good starting point is to take a clean texture from the 3D Total Textures DVD into Photoshop as a base layer, and then place other grunge (dirt maps) on top.Â  Next, I experimented with blending modes set to either "Multiply" or "Overlay".Â  Use your best judgement; sometimes adjusting the opacity, or using the "Nomral" overlay mode can also work.Â  Remember that Multiply will exclude white, "Screen" will exclude black, and Overlay is somewhere in-between.

Because the scene was only going to be used for a still image, and not for an animation, I really only unwrapped the vehicles.Â  For everything else I used simple mapping methods like "planar" and "box" in 3D Max, especially on the environment. I also used Vray light material for electrical engines on the main model. This is one of the first tools I ever used, but if you used this material with an amount more than 20, you must give other materials, which may reflect your light material, more subdivision in reflection settings, like 16 or 32, so that you'll have a very good quality reflection. 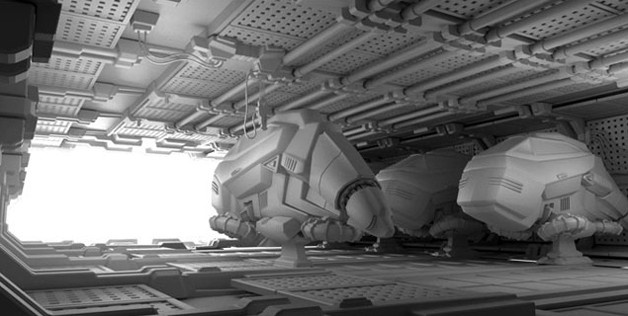 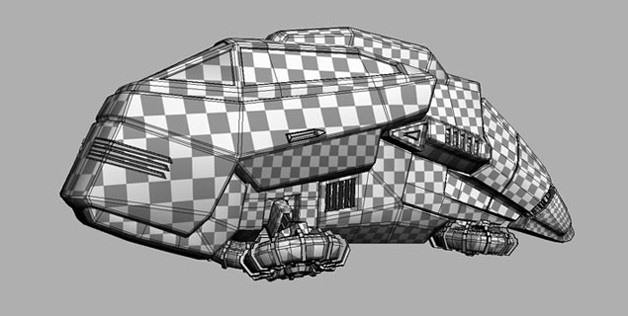 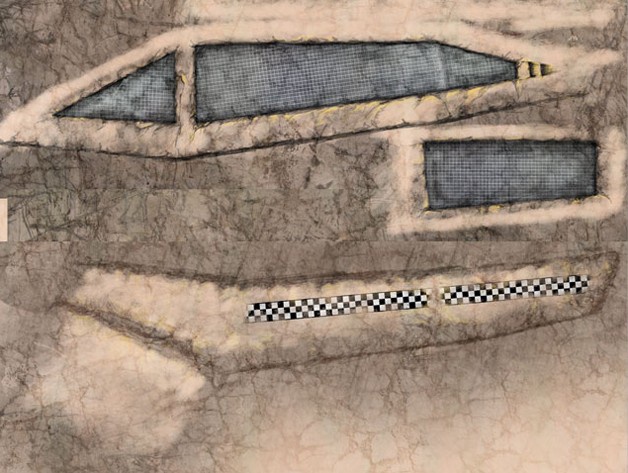 I placed one large Vraylight outside for daylight imitation with Intensity at 14.0.Then I placed 10 Omni lights to illuminate the vehicles - the intensities and colours ranged from white/gold to blue, with intensities of 1-2.Â  Finally, one blue light was added for contrast on the right side of the picture, with an intensity of 4.5.Â  All of the lights have a Subdivision level of 8 for testing, and 16 for the final image. 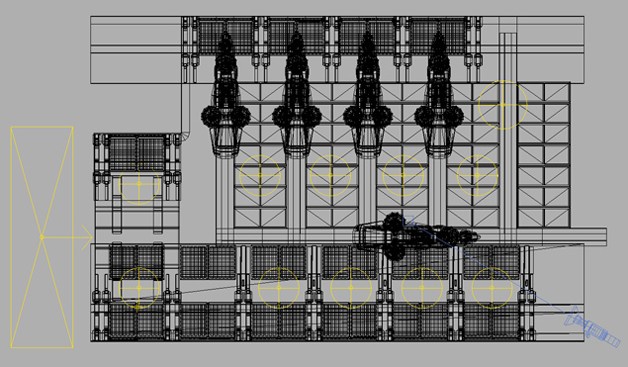 For rendering I used V-Ray.Â  I turned on indirect illumination and set Primary bounces to Irradiance map (with medium settings for test, and high for final image) and then Light Cache for secondary bounces (with subdivision of 200 for test and 500 for final image). With the final settings, it took about 5 hours to render the final resolution of 4000 x 2000pixels. 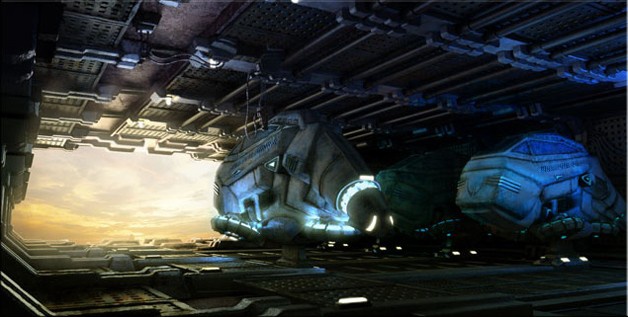 I always work on all of my pictures after rendering in Photoshop.Â  This is so I can paint out mistakes and play with contrast and colour correction.Â  I took a few hours painting in some small details with a 1-3 pixel crisp brush, and adding some blur and shadow adjustments.Â  With your picture, it depends on personal taste, but always have your pre-painted and current image loaded in so that you can compare them and see what is working best.

Oh, and don't forget the background for the image!Â  This can be done easily by saving your rendered image with an alpha (tif or targa file format), and then using that as a selection in Photoshop.Â  Now, place your desired (or painted) image in the lowest layer, and it will only appear through the "hole" in your image (like a window in a room, for example) 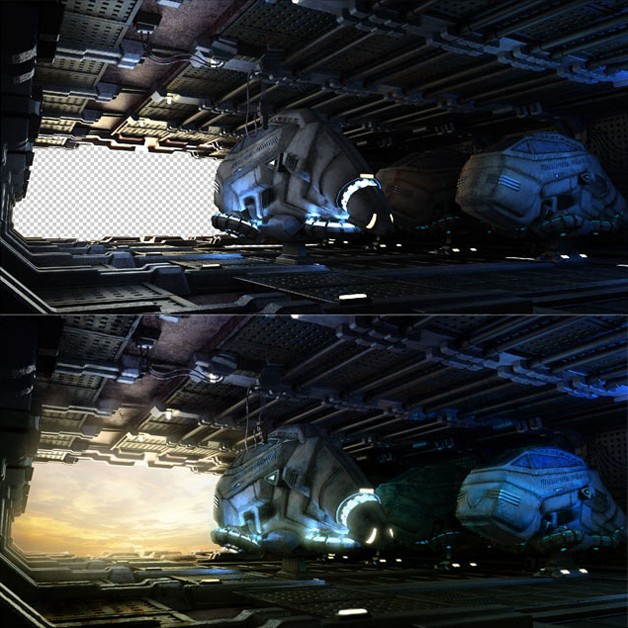 I hope this has helped you out: remember to research extensively, and don't be afraid to experiment and spend extra time in post-production.Â  Many great images do not come just from the 3d package; they are a combination of work from many different mediums, including your concept drawing. 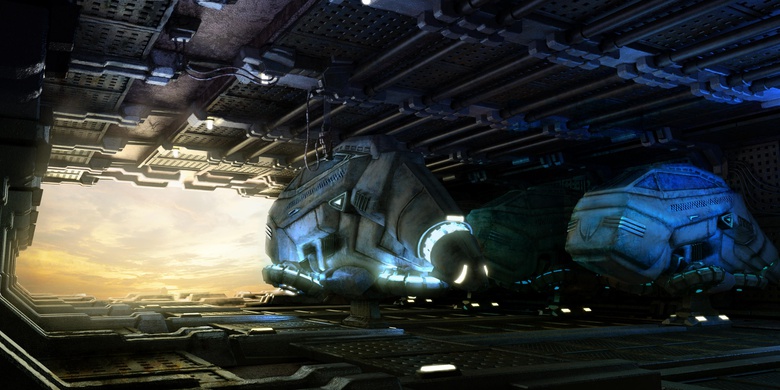