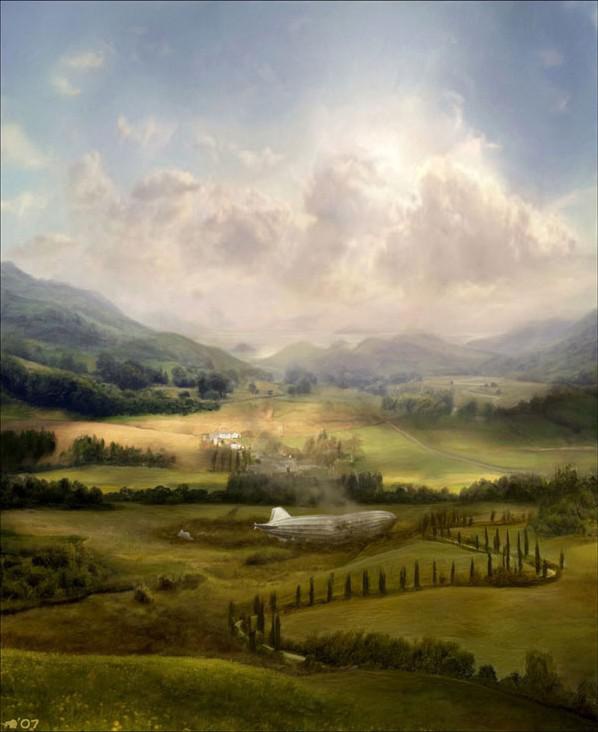 Some of you may remember that I wrote a tutorial about painting basic landscapes with Painter in Issue 24 of 2d Artist. Well I was also recently asked to write a "Making Of" for one of my more matte painting style image creations, "Stranded" (Fig01), which was also handled in Painter. Hopefully you've already found some joy in playing around with the first collection of tools which I introduced in the previous tutorial, and I hope that you will in turn find this "Making Of" inspirational.

Figuring out which were my favourite tools in Painter took me around three months, and I like to stick to the ones that I have found to be my favourites. But please don't hesitate to try out new tools in your own work; after all, each to their own!

In this little "Making Of" I'm going to discuss the importance of colour schemes and composition, as well as what happens to parts of environments that are in the distance. These are all elements that I dealt with in this piece and I would like to share my discoveries with you in the hope that it will help you to take a new look at your own work, as well as the world around you.

I'm going to start by focusing on types of landscapes. In general, there are two types of landscapes: the first is the kind that is seen as a standalone illustration, which means that the illustration has to be interesting enough to keep the viewer entertained on its own; the other is the "supporting" kind, which is used to give any kind of character a space to exist in.

"Stranded" (Fig01) was created for Ballistic Publishing's "Matte Painting 2" book and is actually one of the few paintings that I have immensely enjoyed working on!  I was listening to a song about a zeppelin while painting and was pretty much finished after just six hours.  Happily, I sat back and observed what I had just done and had problems actually believing just how much fun I had had with it. So I looked for a matte painting forum to share my joy with other matte painters ... and was immediately told that what I had done was "rubbish", because it was in the wrong format and there was too much hand-painting. Being blamed for painting too much by hand is something that has never happened to me before. My approach to matte painting may seem a little "old fashioned" to some, but maybe this way will suit you and your own style of working, so let's see...

"Stranded" is a matte painting that features photographic white houses in the centre of the piece. These photographic houses - the so-called base pattern - are surrounded by hand-painted fields, trees, and a stranded zeppelin. To keep this painting interesting, but without focusing on the zeppelin too much, I decided to place the viewing point high up in the air.  This made it possible to show lots of different landscape variations that can keep the painter interested while working, and hopefully will also keep the audience interested, too. 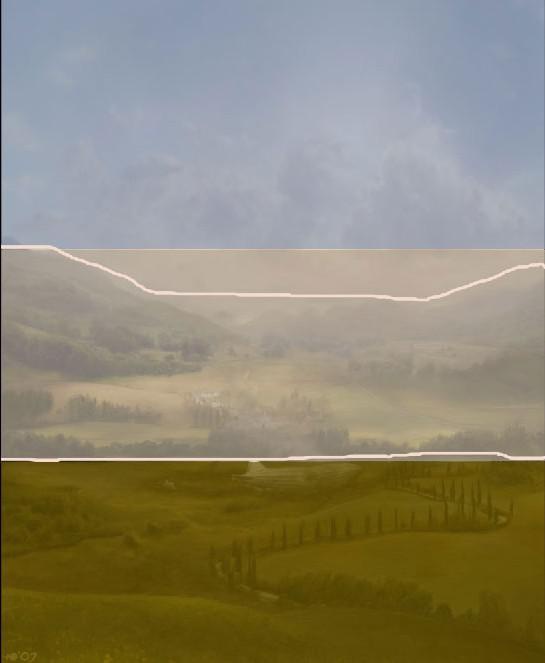 The palette of "Stranded" is pretty colourful. It features less saturated colours from almost the full range of the rainbow, which helps to keep it interesting. Colour variations allow you to create depth and they can also help to direct the viewers' eyes to certain things. While the clouds are held in a pinkish-white, the sky is bright blue and so this creates a colourful contrast. When clouds form up so massively, blocking the sun and absorbing some of the horizon's colour, it can create the feeling of an upcoming or descending danger, such as a thunderstorm.

The zeppelin and houses are also held in a whitish colour palette, which is enriched by greyish and brownish tones. This immediately makes them pretty interesting because they stick out from the much darker ground that surrounds them. To direct the viewers' eyes between the clouds, houses and zeppelin, it was necessary to light up the location around the houses, too. Hopefully this will draw the viewers' eyes back and forth between the zeppelin and the clouds and will prevent them from jumping somewhere else or leaving the picture entirely (Fig03). 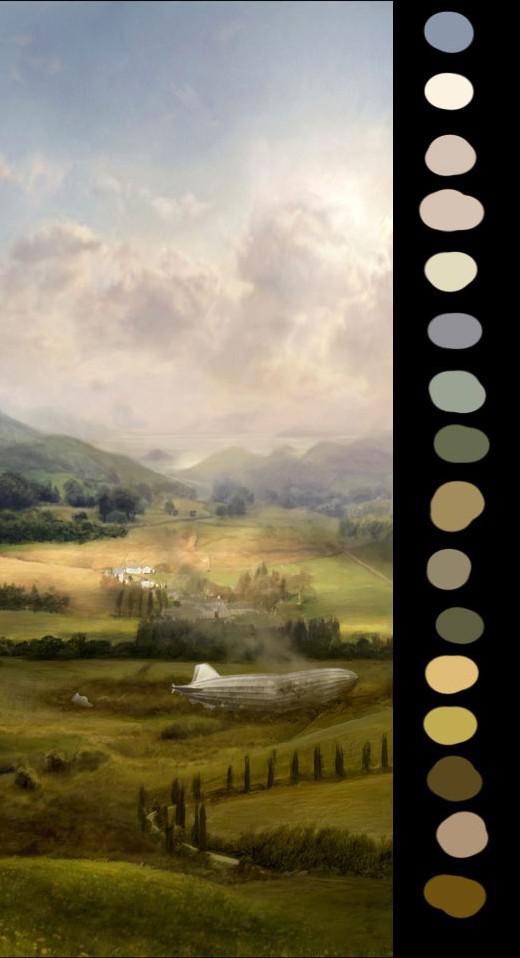 When I was younger and just starting to become seriously interested in being a painter, it was obvious that I would start to see the world that surrounds me with different eyes. One major aspect of this was trying to find out what exact colours an object consisted of, or why some things seemed to be very realistic in paintings while others weren't. I can remember sitting in a car and being able to observe a massive range of fields and trees, which made me realise - with astonishment - how the colour of the horizon was influencing the environment! I understood then that areas of the tress which were closest to me, which seemed to be so dark that they could be black, were actually a deep purple. And as I turned my head I was able to see that the trees in the distance became more and more bluish, and that this bluish tone was actually coming from the horizon. To be honest, this trick is quite simple, but since I had never been introduced to such facts before this was enough to amaze me and keep me busy!

On the large screenshot that I have provided (Fig04), you can observe this fact very clearly. Because all objects and subjects influence each other on their colour-related behaviour, I decided to make the colours of the environment and sky very similar at the point were they meet, and to enrich the blue of the sky once it is further away from the environment. Choosing the right colour for the horizon can also be very important when you're trying to make a painting convincing. To name an example, I have noticed that in a lot of new games recently, the horizon is now held in a pretty bright colour which makes it much more convincing than the simple blue skies that were seen in games of the past.

I must admit that I've never been that good with light because I've never really had to work with convincing light sources. On "Stranded", however, this matter is much simpler; since the world is seen from above, I didn't have to make up my mind too much about how the light would look on the three-dimensional objects. The only thing I had to worry about was the position of the sun and the clouds, which would possibly not be seen by the viewer.

There are also some lit areas within the painting though, which help to draw the viewers' attention to certain spots. Of course, these lit areas should find their explanation in a convincing light source, and since we see everything from above I simply had to imagine where there would be clouds, and the problem was pretty much solved there and then! By painting a massive number of clouds that partly cover the sun, I suggest to the viewer that there may be more clouds around that influence the lighting situation and so it is easy to say, "This could be possible and is still convincing" - and the topic is solved (Fig05). 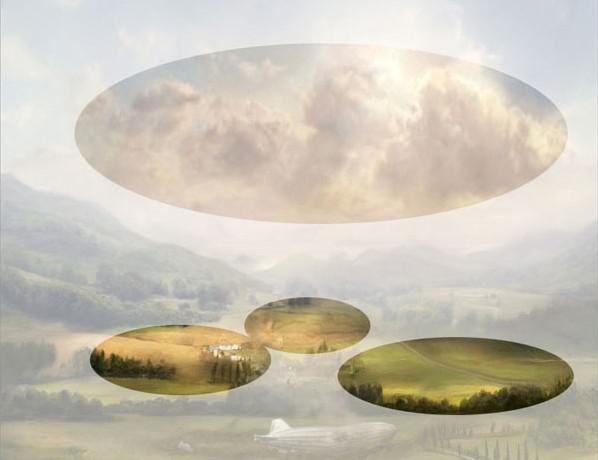 In "Stranded", there seems to be an amazing amount of detail, but it was basically just painted in with lots of little strokes after a base was set up - pretty much in the same way that we practiced in the Beginners Painter tutorial in Issue 24. To paint the strokes, I generally stuck to brushes from the Real Bristle Brushes collection combined with the Artists Oils. To give you a better understanding of what I mean, I have taken high-res screenshots of some parts the painting for you, here (Fig06). 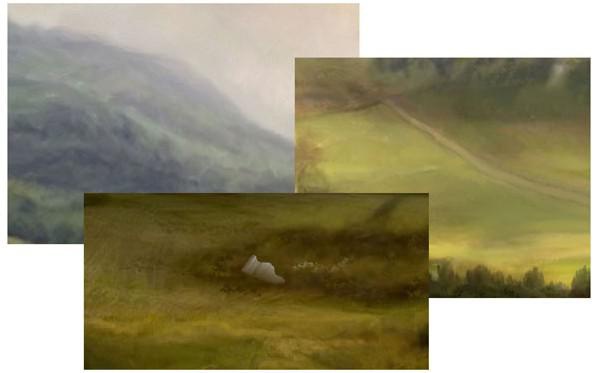 When you are seriously interested in learning something new, try not to let others take away your fun just because they might think that they know better than you. When it comes to subjects that are new to you, such as painting a portrait for the very first time or going in-depth with landscapes, then first of all get stuck into a book first, or check out a good Wikipedia article. This will help you to find out if the input that people are giving you really contains as much knowledge as they may think it does. So find out for yourself whether the advice that people give you is going to be helpful, or whether it will simply distract you from your original goal. 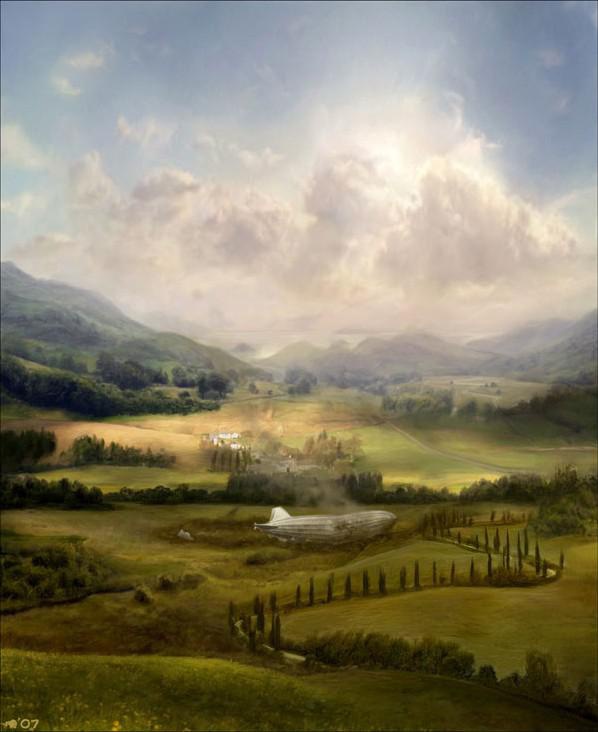