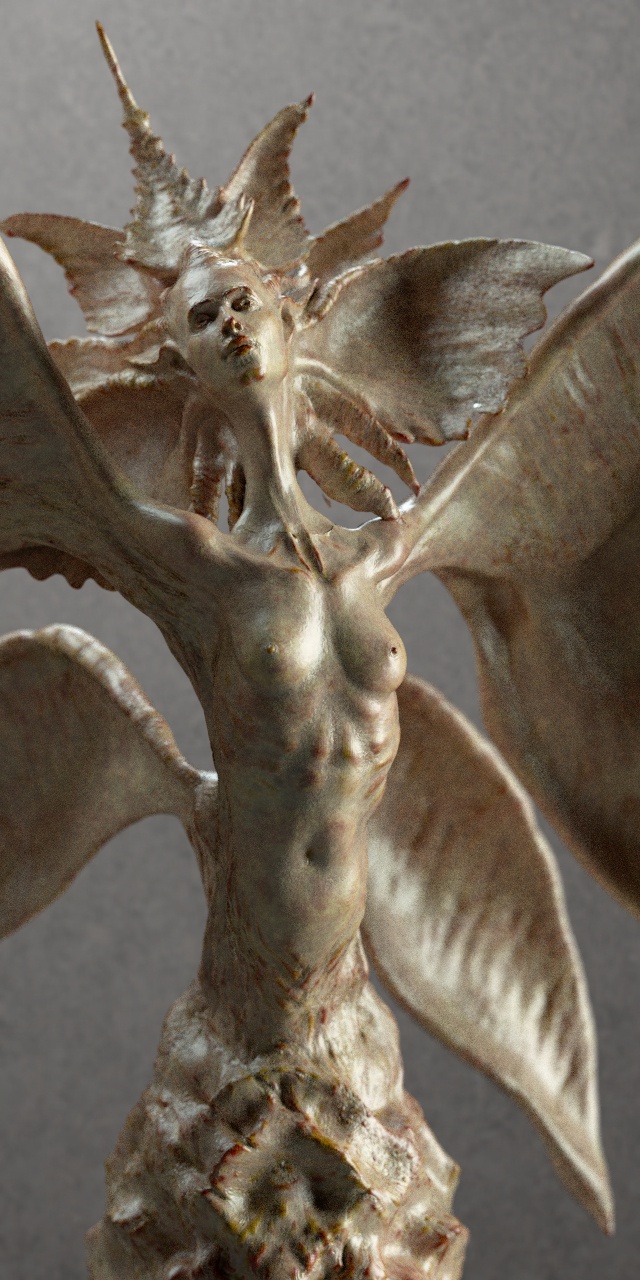 Stefano Ciarrocchi shares how he made the fanatical Sibilla using Sculptris...

Stefano Ciarrocchi takes you through his workflow for creating a beautiful character model.

This model started as an anatomy sculpting exercise, but I liked the final design so much that I decided to make a nice final render that could give more life to the model. In this first step I start the modeling process with Sculptris. I used this software years ago, so I was very curious about its development after the Pixologic acquisition.

I have to say that this software is a pleasure to use for 3D sketching and doodling - so small and easy, without hundreds of buttons, functions, and settings. So from the basic sphere, after several night sculpting sessions, after various versions and different ideas, I reach the nice-looking and pleasant final model in the image. Then the model is exported as an .OBJ for the next step. 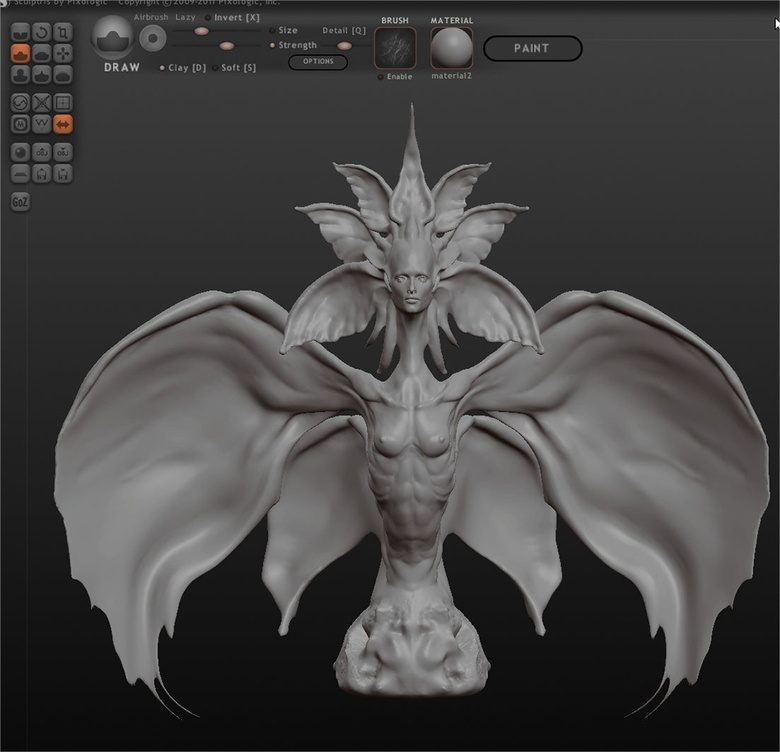 Modeling the creature in Sculptris

The model was imported in ZBrush in order to improve the details. The geometry was subdivided a couple of times, and then I added the details on the main wings and on the "head petals" using a masked Inflate brush with three different Alphas from the default Alpha set. 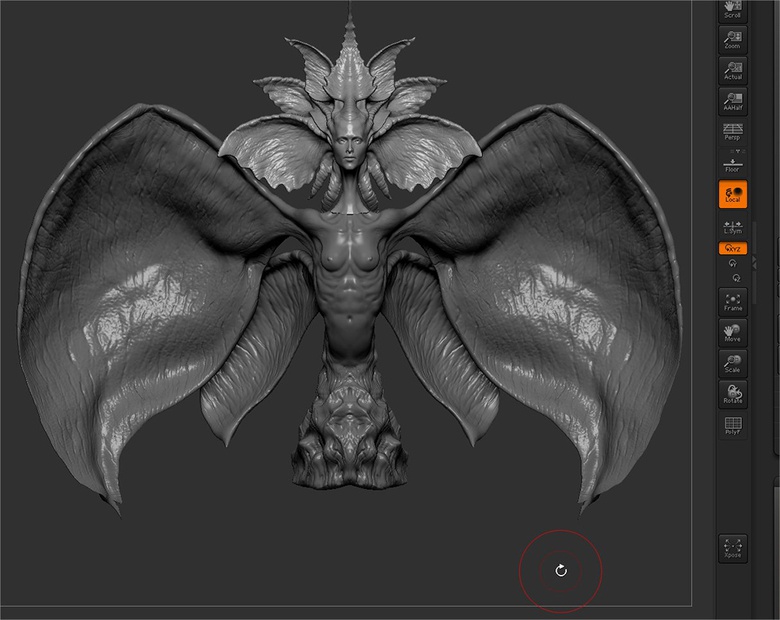 Refining the model in ZBrush

This model started as an anatomy study, so any technical phase like retopo and unwrapping was skipped, so I can remain focused on a fast but functional and creative method. Using layers in ZBrush, I try to find a more dynamic and interesting pose for the model, trying to hide the original boring symmetry that could kill the model.

Using the Transpose tool and masked selections, the character gained a more evocative and energetic pose. The model then was decimated to about one million polygons and exported again as an .OBJ. (A big .OBJ!) 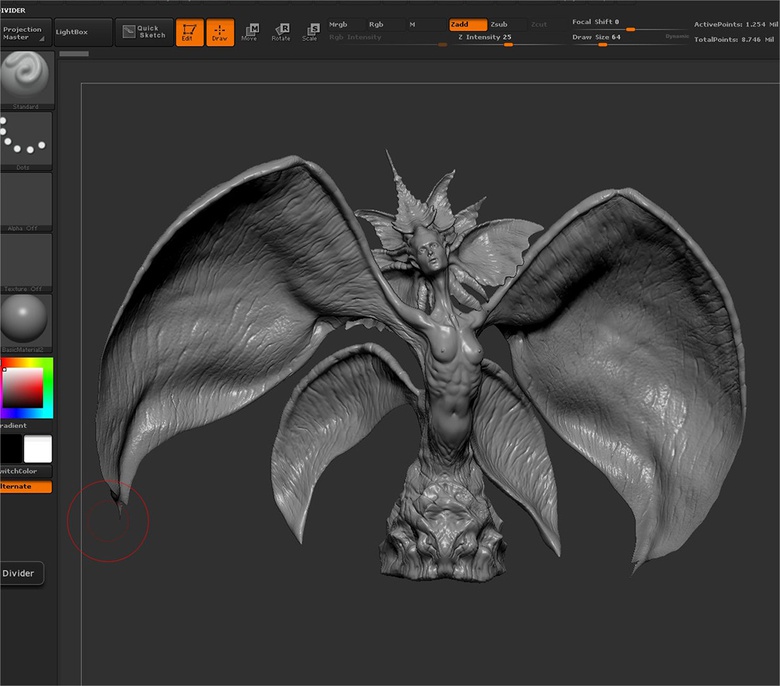 The final 3D part of this tutorial is in Blender, my favorite 3D software, where the giant .OBJ is imported and I create the shading network and rendering. The shading process starts by obtaining a dirty vertex map (or cavity map, in ZBrush language) to enhance the bumpiness of the model. The vertex map adds some nice details that could get lost in some light angles, and creates the feeling of a small and slightly aged statue. 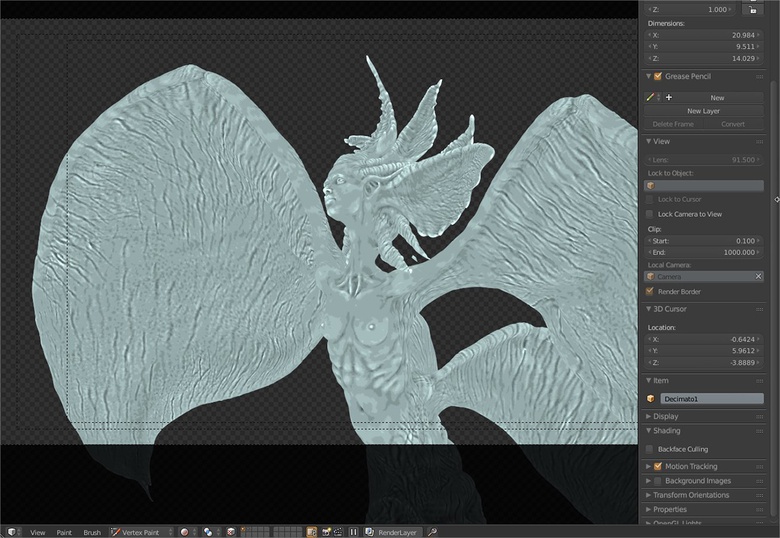 Moving the .OBJ into Blender

The shading process continues with setting up the material. The dirt map is processed with a color ramp node that acts as a filter, and is mixed with a marble texture to create a diffuse texture, rich with contrasts. The same technique is used to create a bump map in order to make lot of fine bumpiness and shiny details that enrich the model. 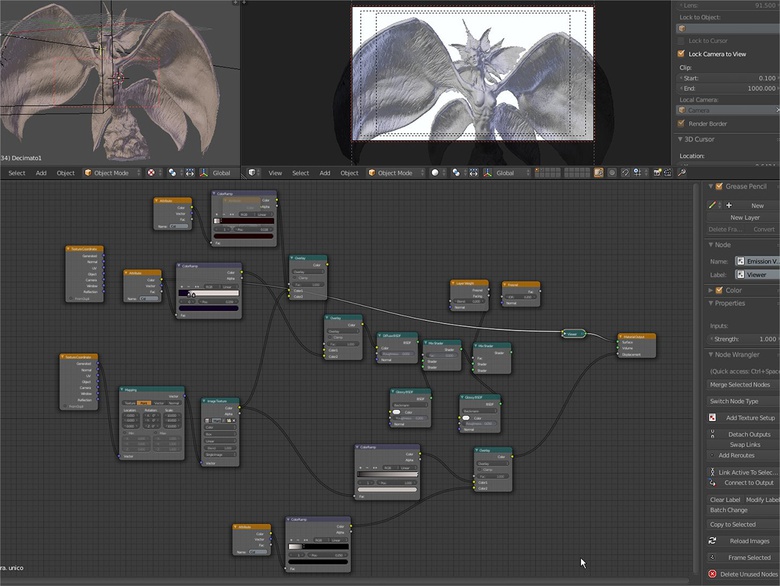 Shading the model in Blender

Now that the material is OK, I set up the classic three-point light rig using area lights with different sizes and intensities, so I can control the quality of the shadows on the model. Then I add a camera with a 90mm focal lens, and make the final tweaks on the shader with the correct light conditions and the final camera angle.

I use Cycles for the rendering, setting a medium quantity of GI bounces, and 1000 samples for the final render. On this occasion, I don't use passes for post-production; I only render the beauty pass because the image elements are quite simple and I can manage everything in post. 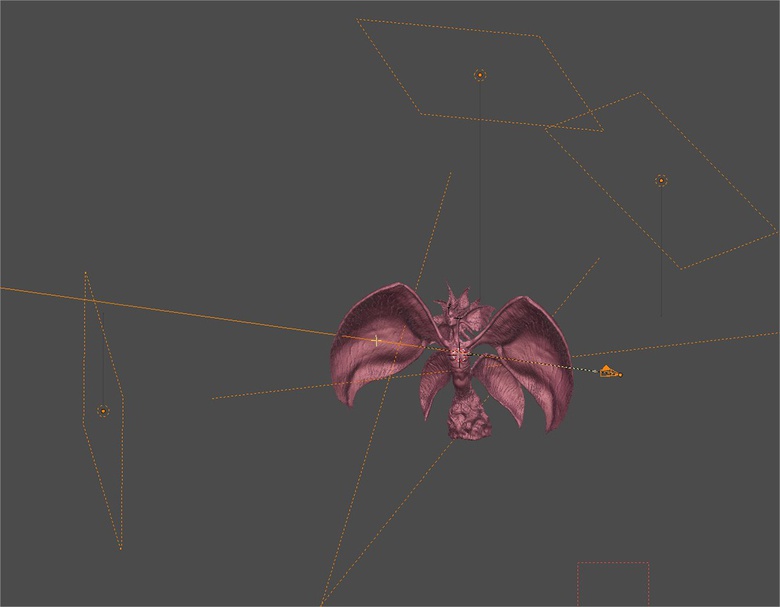 Setting up a three-point lighting rig

Some of the best renders are lightly post-produced with PhotoLine, a cheap alternative to Photoshop, but still full of tools and potential. I add slight contrast to the renders with Curves, some small chromatic aberrations, and some light noise to break up the precision of the 3D render.

I also add a fake depth of field to add intensity to the image. In the background, there is a linear gradient with a noisy blurred texture; in the foreground, a circular gradient to simulate a vignette effect. 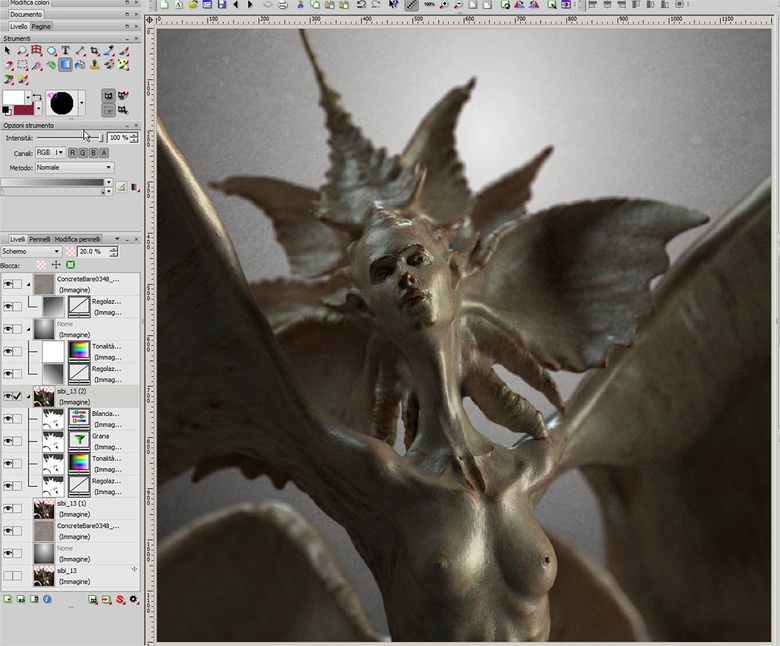 Tweaking the beauty renders in PhotoLine

At the end, after some tests and tweaks, this is the final version of the rendered image. I hope you like it! 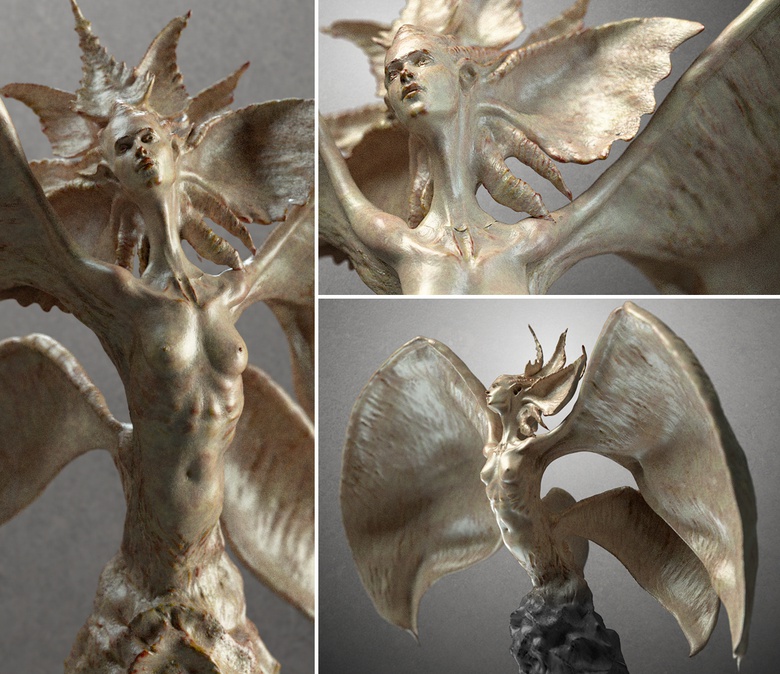 The final render images showing the model from different angles