Hi, my name is Alan Camara and this is the making of my work, "Salvatore". Salvatore is the one of characters from a movie called "The Name of the Rose", played by Ron Perlman (the same actor from the Hell Boy movie). Starring Sean Connery and Christian Slater, this movie was one of the greats from the 1980s.

The great challenge to modelling a character like this is to reproduce a famous "likeness". I did look on the Internet for photos and references of the movie, but because it is an old movie it wasn't easy to find good pictures of Salvatore. However, luckily, I had in my head some memories that helped me to create the character in 3d.

I usually model using with poly-by-poly technique, but for this piece I used a base mesh from one of my female models, and in ZBrush I adjusted the shape. One of best features of ZBrush, which I personally think is amazing, is "retopoly". With this tool it is possible to add and create new geometries inside ZBrush. I also used this feature to make the Salvatore's clothing.
The next step was to adjust the shape and the pose using another feature called "transpose". In the last step I added wrinkles, pores and veins ( Fig1 and 2). 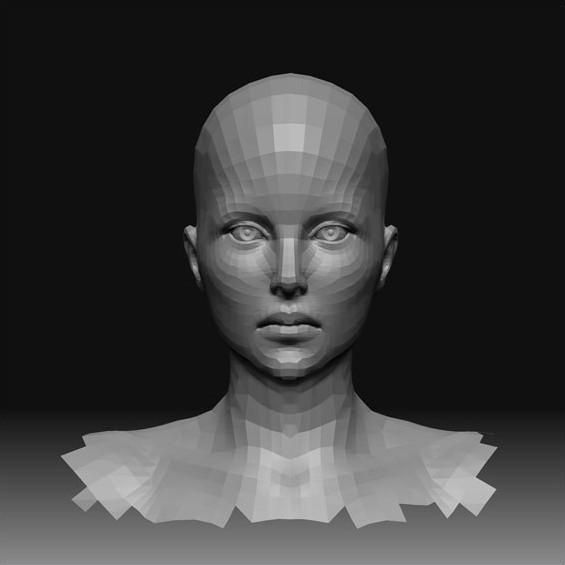 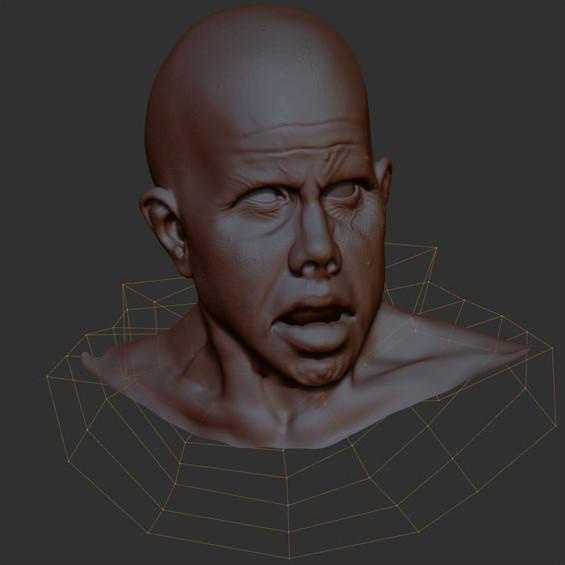 Colour Map: For the textures I decided to do them all in ZBrush using the "Colorize" tool. To paint the skin it is necessary to use several layers to create all the veins, pores, blood capillaries, and all those other things that can achieve more realism in the final render ( Fig3). 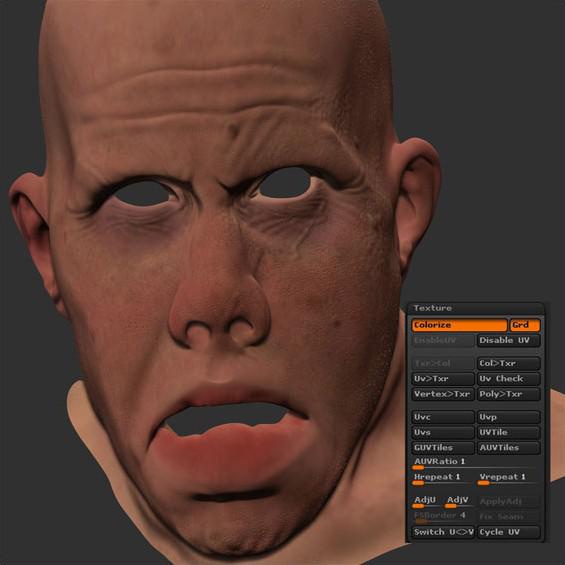 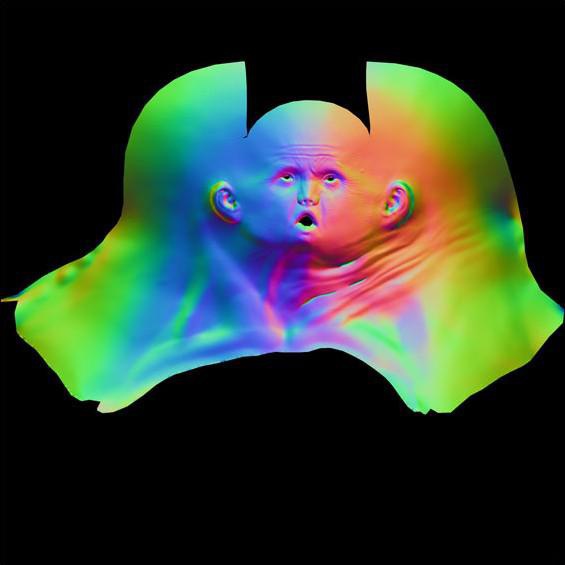 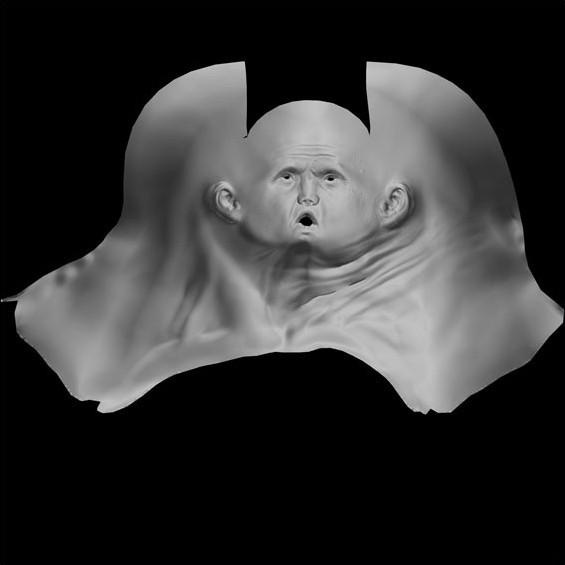 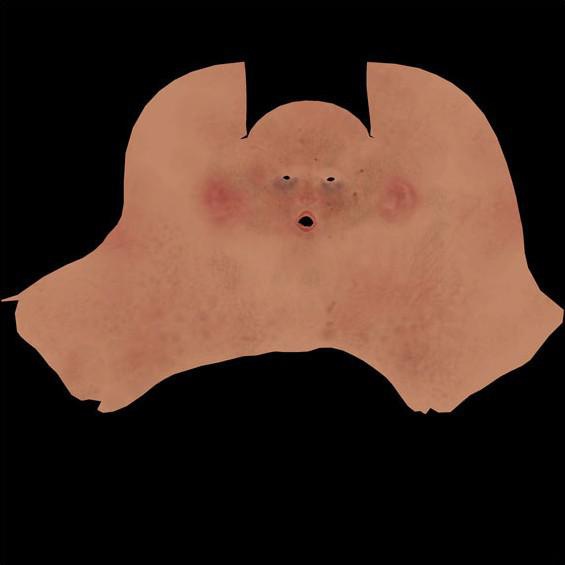 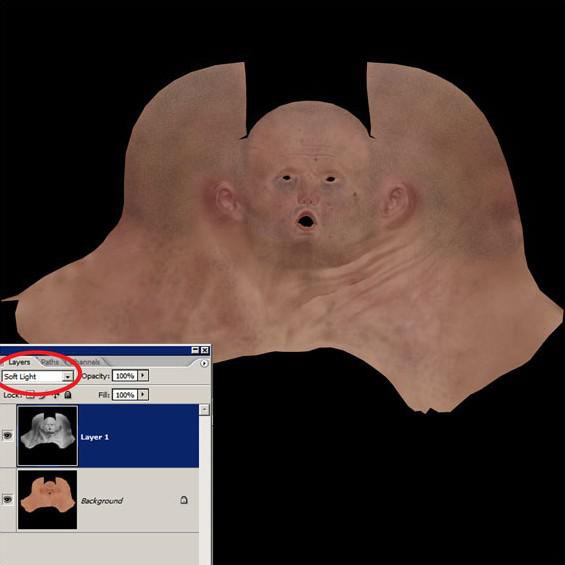 Bump Map: To create the bump map I generated a new normal map in ZBrush, selecting the "tangent space normal" and going back into Photoshop where I converted it to greyscale mode, adjusted the levels and used the "high pass" filter ( Fig8 and 9). 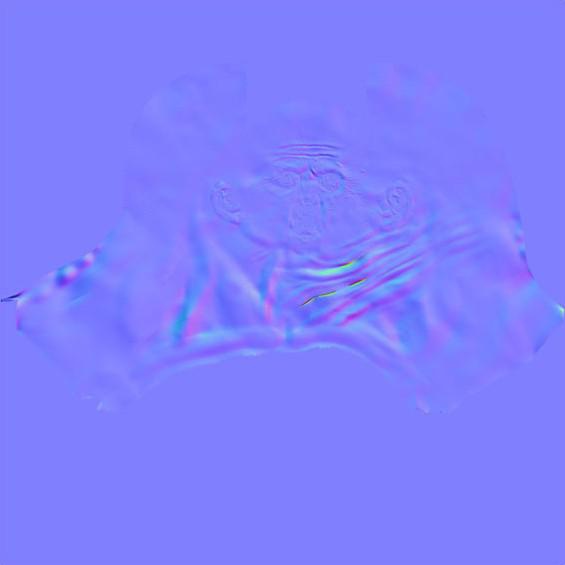 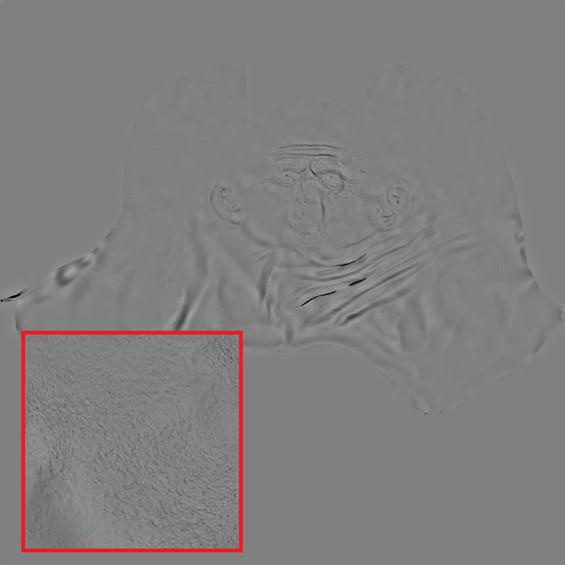 Specular Map: The normal map is interesting because is has volume and a little bit of both soft shadows and soft light, and this is ideal to create the specular map. The process is to change the colour mode to greyscale, like I did before, adjust the Levels and paint areas on the map where there is necessary brightness, for example on the mouth, nose and ear ( Fig10). 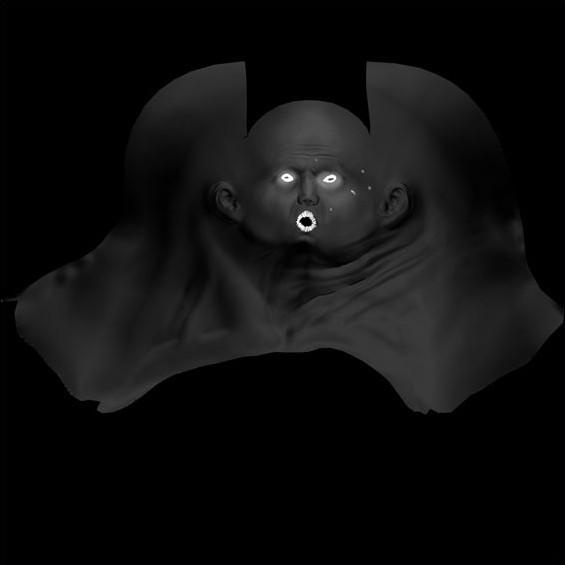 In this work I used the "fast skin shader" of Mental Ray that can achieve good results with human skin. This shader works with several layers, like overall, diffuse, epidermal, specular, etc... You can find lots of tutorials about this shader on the Internet! ( Fig11) 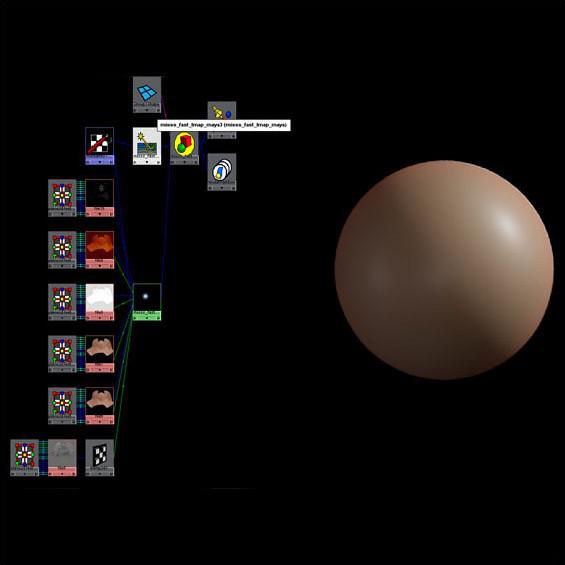 The lighting setup was very simple; I just used four directional lights in Maya in this scene. One was a key light, two were in front on the side as fill lights, and another was used as a backlight to light up the character's hair ( Fig12). 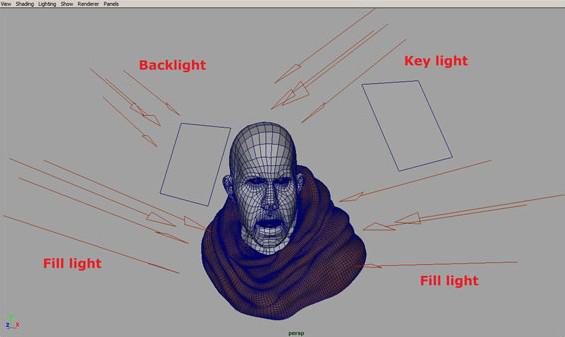 I worked with Mental Ray to render this scene and the process was first to adjust the shader with any map, and to get a better result of subsurface scattering. In the next step I added the bump map to see how it looked with the intensity and positioning of the light ( Fig13 and 14). 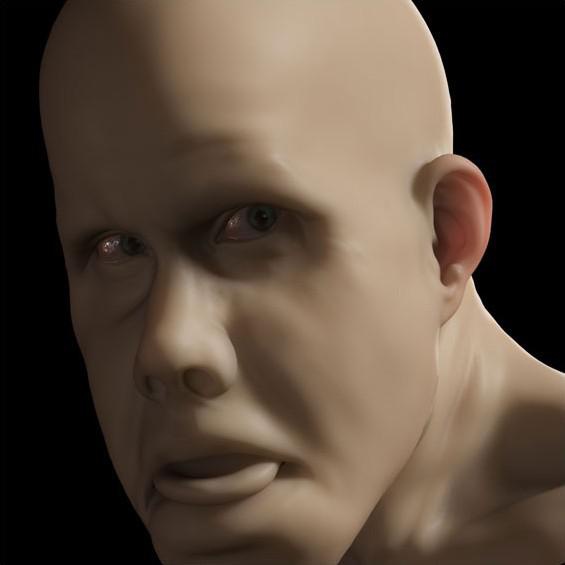 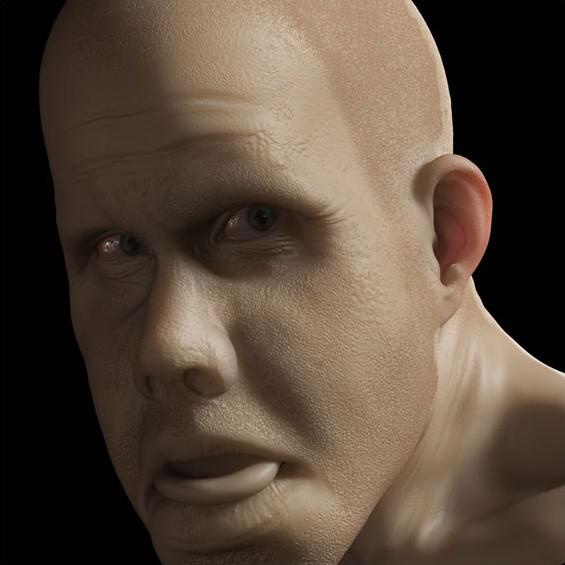 When the light and shader was okay, the next step was to go back to the model to work with the hair using painted maps to intensify it, and to add the character's baldness ( Fig15). 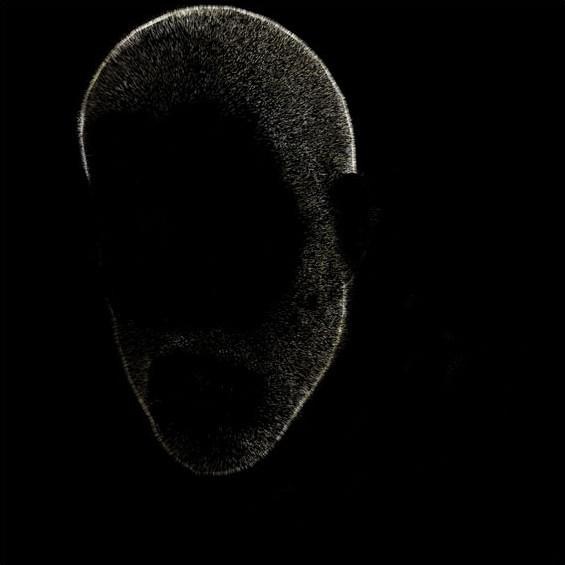 I was first inspired when I saw the movie trailers for "Beowulf", and thought about creating my very own well-known face, trying to make it as realistic as possible. I decided to create "Salvatore"; it was a major challenge to model a famous person and it was a very difficult job. The modelling could have been more refined and I could have improved even more things, but at the moment I believe I have captured the essence of the character in this piece.

I have learned a lot with this work and have improved my modelling techniques, as well as my knowledge and understanding of textures and rendering, and I hope I will achieve even greater results in the next work! 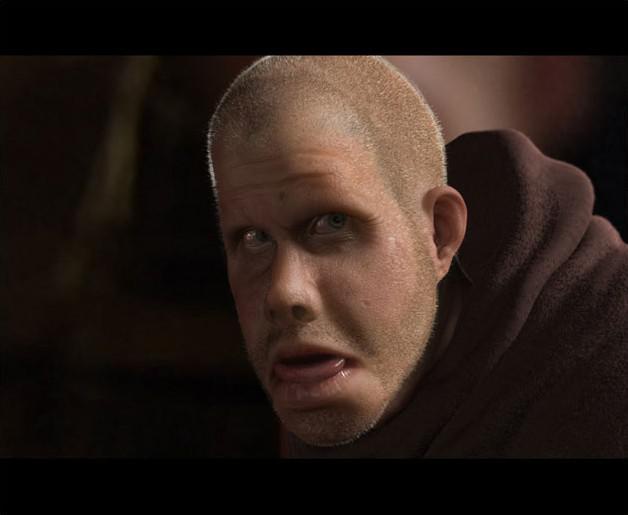