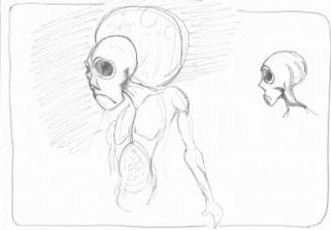 This is how all this began. I just draw that head of the creature I later called SadMike (on the left). It would be nice to model it in Max, so I draw a side look (at the right) to help mi with the modeling process. It would be lot more easier to model if I had a front and top look of the head.Â 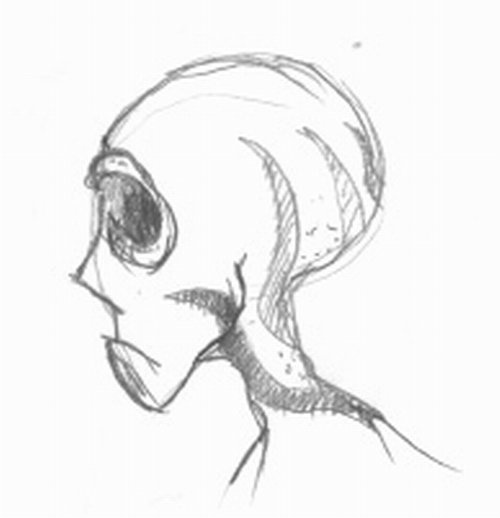 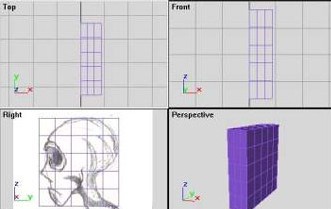 I start with importing a reference image to right view port as background image. Above background draw a box so it's not wider or higher than head. Box has 5x5 segments and 2 or 3 side segments. This box will be one half of the head.
problem: I did not have top or front look of the head so I did not know the third dimension of the head. So I draw that bow third dimension by feeling.Â 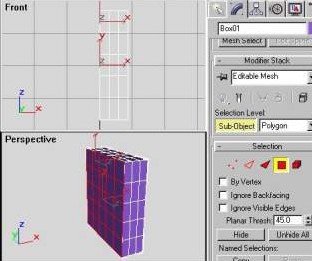 Like I said box is just one half of the head. This is good because we are going to mirror this box as instance, andÂ  work only on one half of the head (box). And every time a change is made on one half it can be seen on the other too. So the whole process is cut to half. I just call this object a box, because it's made from box, but just after I am satisfied with the dimension of the box I convert it in Editable Mesh.

Note: Head is not perfectly symmetrical, so after modeling of one half is done connect two half in one object and make some modification so the head is not symmetrical in every part. 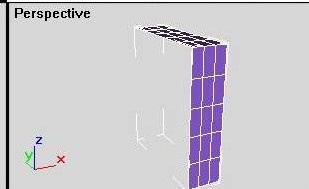 Above left image is showing selected faces of the box (Editable Mesh) on the side where the mirror box is going to be. Delete those faces. See that the mesh can be seen from just one side. Faces you are seeing from the inside can not be seen. 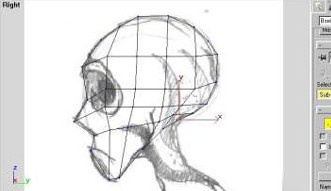 Now just jump to the right view. I start by moving vertexes of the box so the object fits the head edges.

Note:Â leave Ignore backfacing uncheck, so when you select vertex by rounding it you select all the vertexes below. 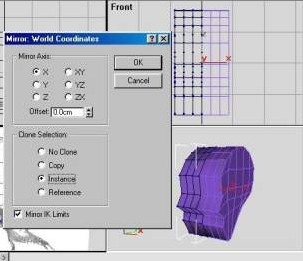 A step before, vertexes were moved so you can see something that is going to be a head. As I said earlier mirror the box as instance. When done now you can see how this model reminds of the head. How you have two half's representing the head, and from now on just work on one half, and I chouse the right one (original). 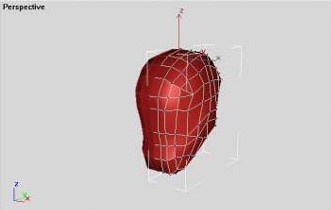 Most of the modeling was done in Perspective view port.Â

After some move here move there time thisÂ is how the model looks like. You can see some big difference from the image above. Most of work on this faze was moving those vertexes on the sharp edges of the box to make some smoothÂ  surfaces.

The whole thing about this box modeling is to work with much less vertexes as you can and afterwards you apply a meshsmooth modifier and get a nice smooth rounded model. 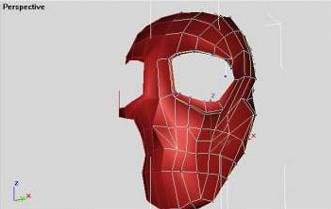 The first thing after the basic form of the head was done was to cut eyeholes. Select the face as sub-object and use cut tool to make some new edges on place where the eyeholes are going to be. Than select the faces inside the new edges area and delete them. Now there are some holes. 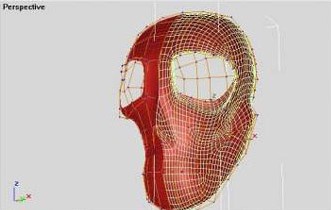 Do not wait to finish the model and than to apply the meshsmooth modifier. Apply it in process of making to see where are you going. And do not remove this modifier just go to Editable Mesh and turn off

show end result button. Now you can work with Editable Mesh and see and result just by clicking one button. It can be very useful. 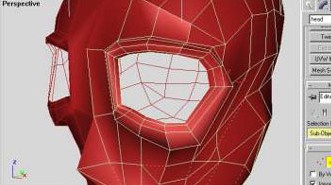 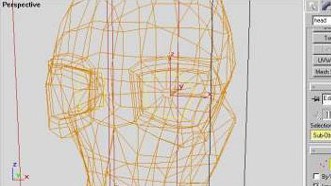 Using move, scale or combination of those two with Shift on edges around the hole I made an eyehole that looks like on human scull. The main process is to select an edge and to clone it moving it to the inside of the head. I never intended to model an eyes so the eyeholes will be deep ,dark and mysterious. 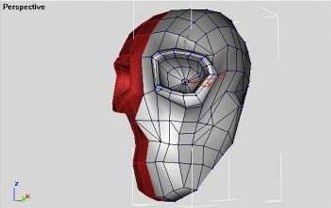 Here you can see finished eyehole. At the end edges are just one vertex. 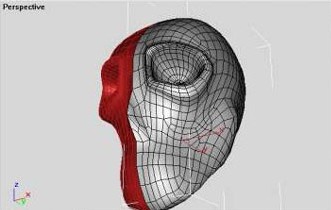 Just another look at smooth model 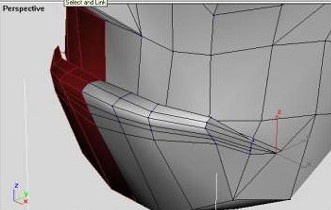 The next step is to model a nose. This was very easy done, just by inserting a few more faces, so I am going to skip it and go on to mouth modeling.

Mouth are literally just a bottom lip. The modeling was the same as the eyehole. One cut at the place where the mouth are going to be. Deleting faces to make a hole and work on bottom lip edge.Â 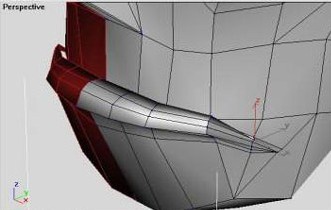 Moving vertexes, edges, adjusting to make a desired look and at the end another look at smooth model to see the result.

Step fourÂ  would be making the neck. Everything was the same as eyehole and mouth modeling. In next couple of images you can see neck progress. 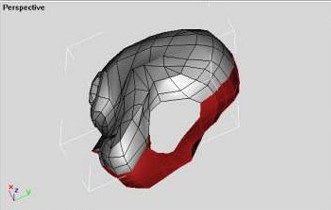 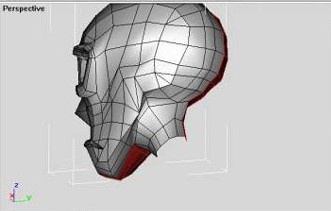 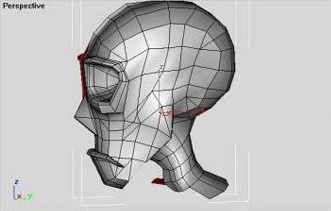 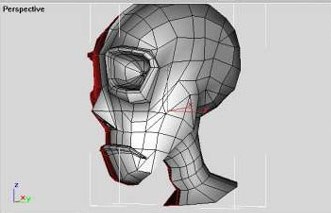 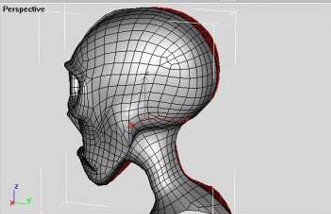 This look like an near end of modeling. Just some small adjustments here and there.. When done make every half unique, attach one to another and connect vertexes of two half's that lay one on another (vertexes in yz , x=0).

Now this is the model of SadMike. Below you can see four images from different angles. 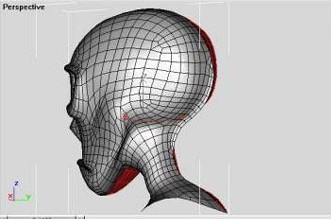 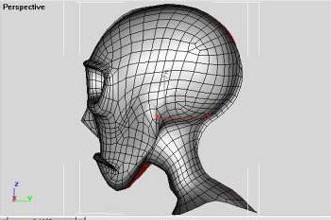 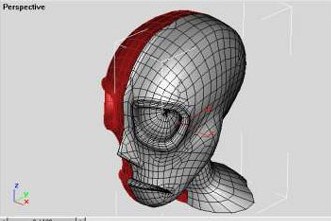 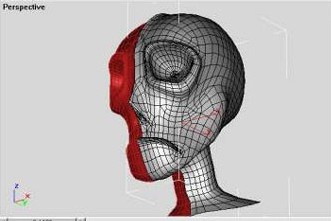 This tutorial shows just modeling. I would post a texturing and animation as soon as done.