Making Of 'Ready to Go'

Hi, my name is Jaime Otegui and I work in the videogame industry. In this tutorial I will try to explain how I created this render (Fig.01), and I hope it will be useful for you. Before I start though, I would like to give you some advice - especially for the beginners out there: be patient. I know this sounds obvious, but I think this is one of the most important things when you want to make good renders. Many people start one project enthusiastically, and then a few days later get tired of it. Find something you really want to do and simply go for it!

I really like old bikes, so I decided to model a vintage Vespa. I have a huge reference folder on my hard drive (models, vehicles, locations, artist galleries, tutorials), so every time I can I search the web for inspiration, and the folder just keeps on getting bigger and bigger!

In this part of the process you don't need to define every little detail of the scene, but you have to decide the main aspects of your render. In my case I wanted an old bike recently restored in an Old Italian repair shop ( Fig. 2). 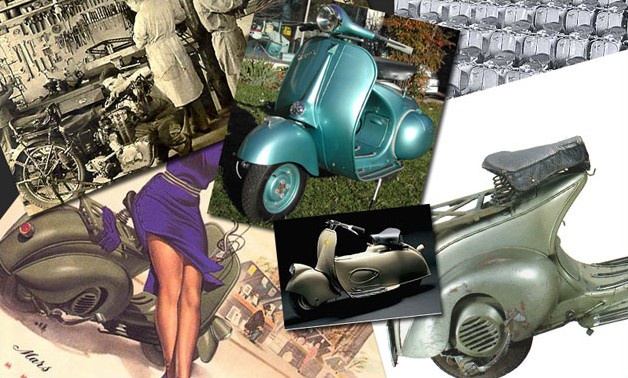 For the scene setup, I couldn't find a good blueprint of the bike, so I had to use this image of the Vespa instead ( Fig. 3). I created a standard plane the same size as the image, and then you projected the image with no distortion, so the model would be accurate in relation to the original reference. With this plane I could then do a uniform scale to a regular size (Fig. 3). 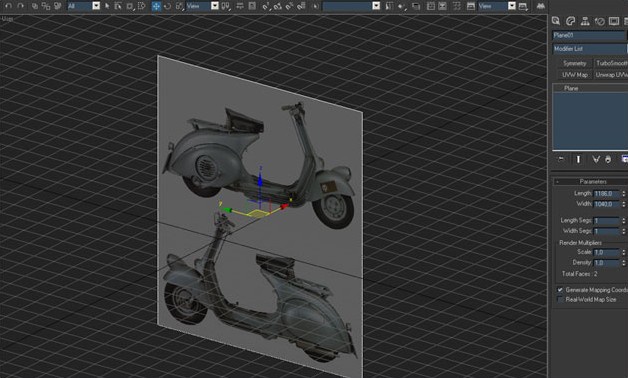 I used standard poly modelling for this piece. In almost every case, I started with a box (or a basic primitive like cylinders, spheres, etc.). You should move it to x 0, y 0, z 0; by doing this you can eliminate half of the box, knowing that you won't have welding issues when applying the symmetry and turbo smooth modifiers! Try to model with the fewest polygons possible (and keep them quads!); you can create a nice curved form with just two or three polygons and the turbo smooth modifier turns one polygon into four ( Fig. 4). 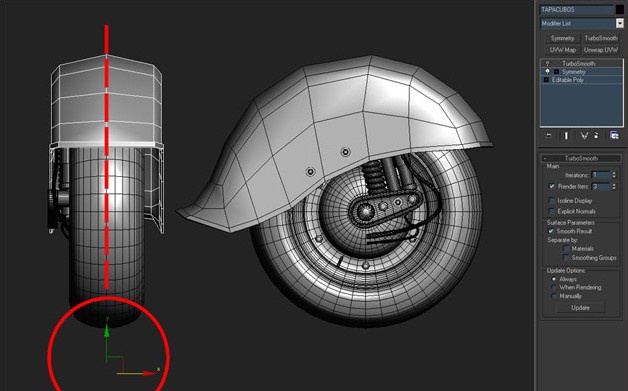 I also used other modelling techniques. All the wires were splines, the Vespa logo was a text primitive with an extrude modifier, and the engine cap was made with a ProBoolean compound object (this is a great tool for complex objects!) ( Fig. 5 - Fig. 6). 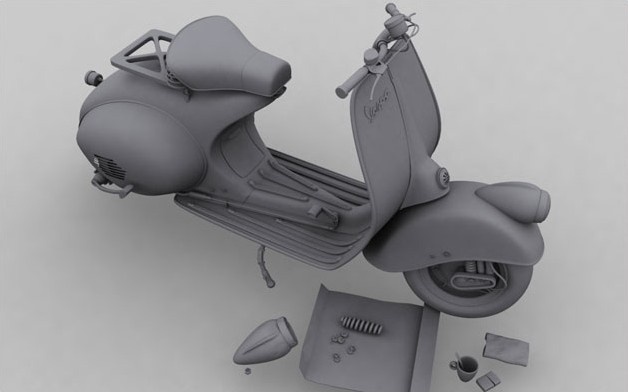 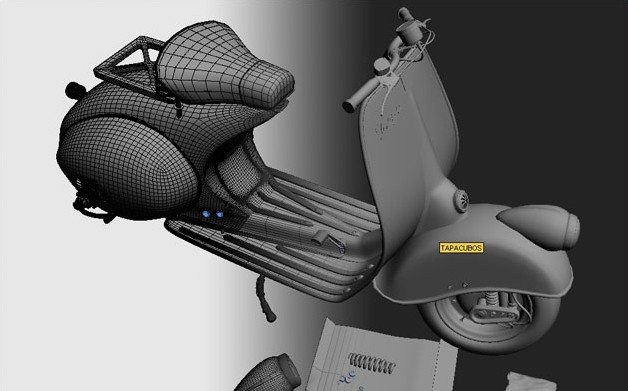 I wanted to use Mental Ray renderer for this image; I really like the Arch & Design materials, the presets are great. You don't need to change a lot of parameters in order to get a good result. Here you see a couple of examples of my material setup ( Fig. 7 - Fig.8). 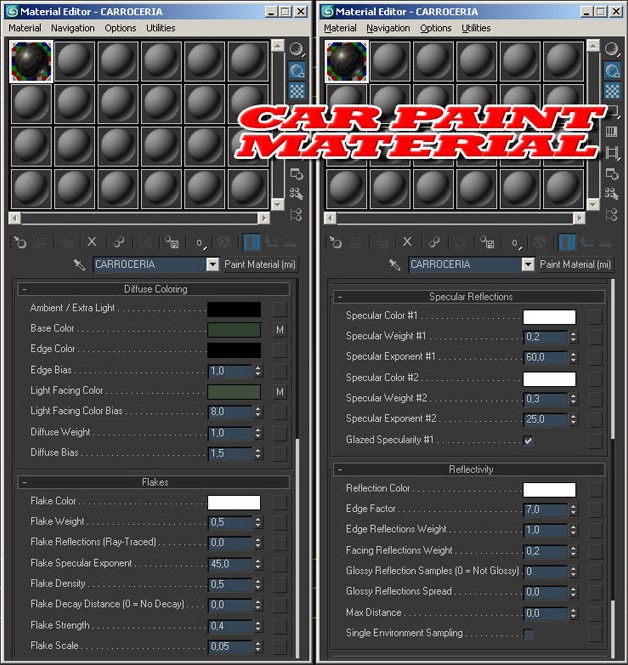 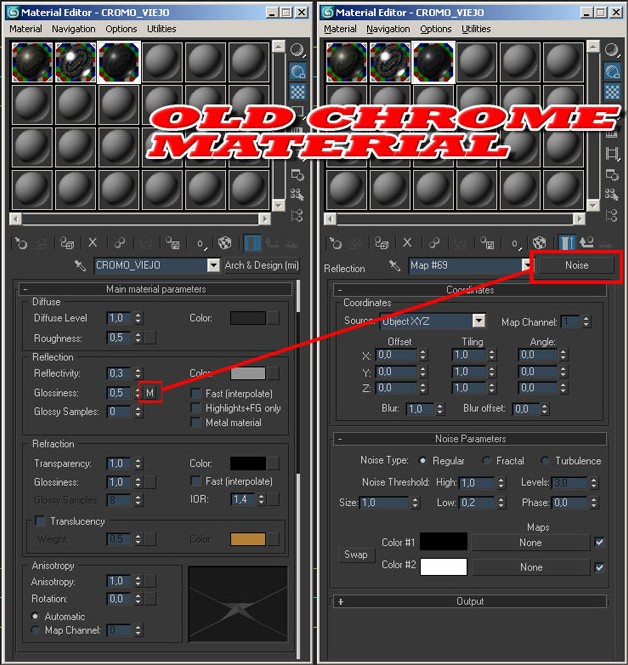 For the texture work I used Photoshop. As a part of my research I went to a repair shop near my house, the owner was very kind and let me take some photographs ( Fig. 9). 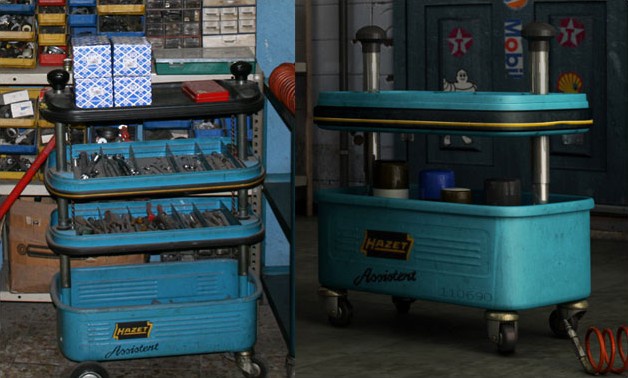 Here you can see some examples of the textures; the materials have diffuse, bump, and in some cases a specular map ( Fig. 10). 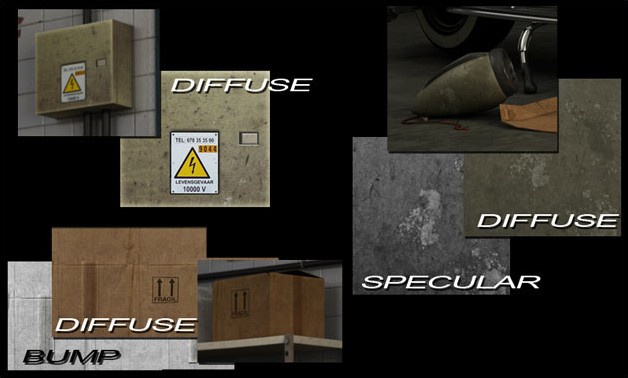 My first intention was to create a night shot, and the first tests for the final image were done with standard Omni lights ( Fig. 11). 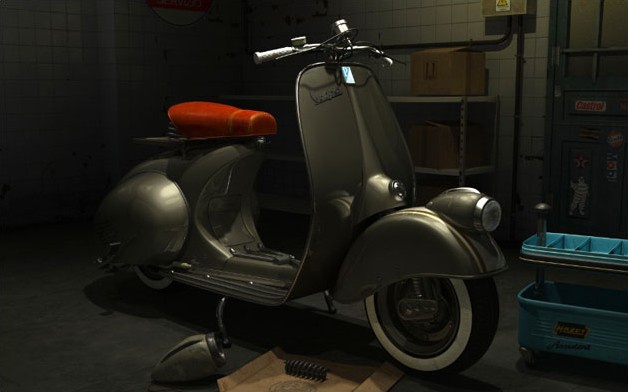 After lots of tests, I finally thought it would be better to do a daylight render. There are two Area lights in the scene: one is the main point of light and comes from the door of the repair shop; the other has less intensity and comes from the side of the bike ( Fig. 12). 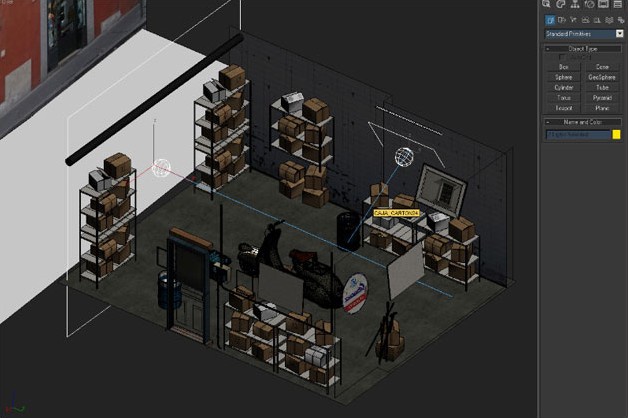 As I said before, the image was rendered with Mental Ray. I did some tests with Global Illumination, but in the end I did it with Final Gather. The presets usually work well, so I just made a couple of changes to the multiplier and diffuse bounces, because I needed some extra light in the scene ( Fig. 13). 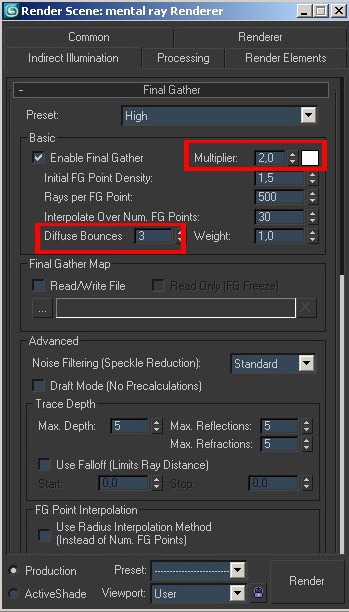 I wanted to create a high resolution render (2000*1250), so I had to divide the render into two parts because my PC couldn't manage the scene (I need a brand new machine!!). 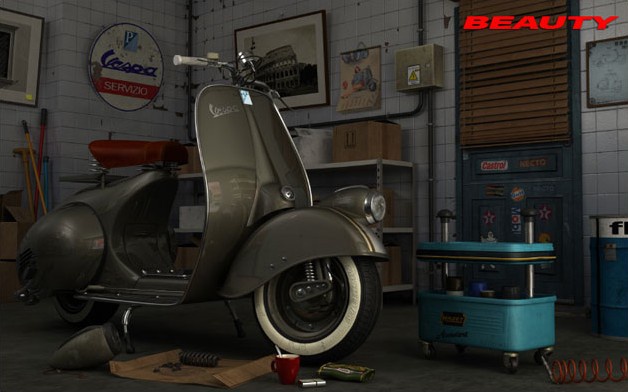 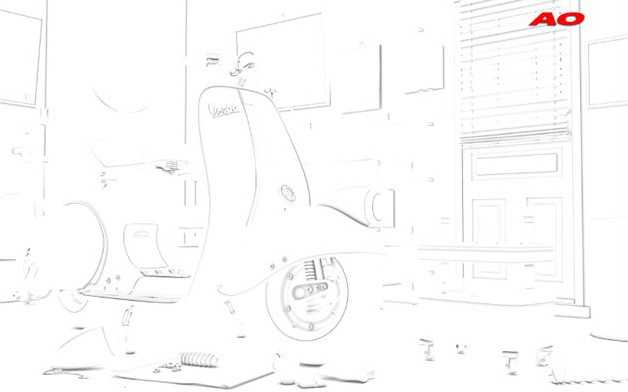 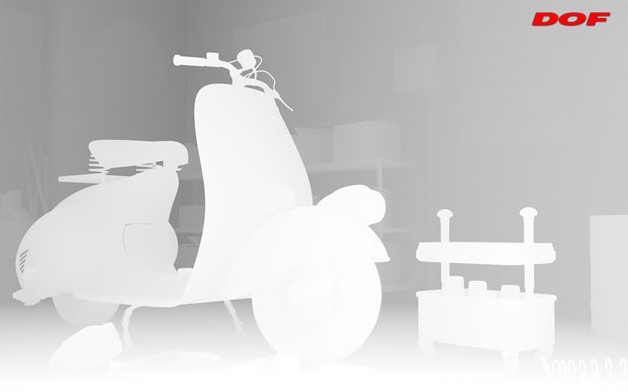 I mixed these passes in Photoshop; the Ambient Occlusion layer is above the Beauty one in Multiply mode. About depth of field (DOF), you can check out a great tutorial which explains the whole process, here: http://www.onnovanbraam.com/index.php?tutorials/depth_of_field/.

Finally, I added a brightness and contrast layer to reach the final version ( Fig. 17). 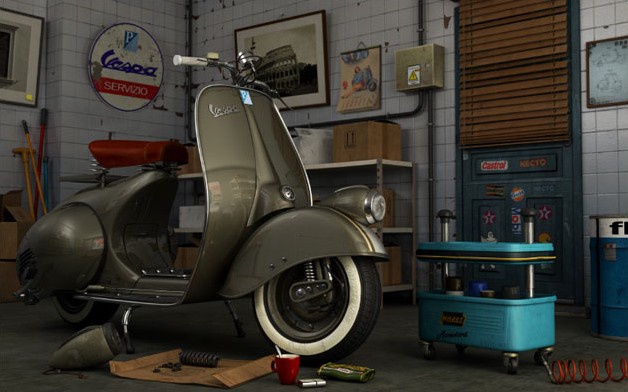 I hope this tutorial may be of some use to you. If you have any comments or questions please feel free to email me at jaime@amidadesign.com