This image is a personal project, when I saw the Gop Gap concept I thought it was magical, I really wanted to make that character in 3D. In this making of I will show the part of modeling, textures, light and post production to create this image.

Whenever I start modeling a character, I use some artist images that I admire to help me make artistic choices like proportions and design. 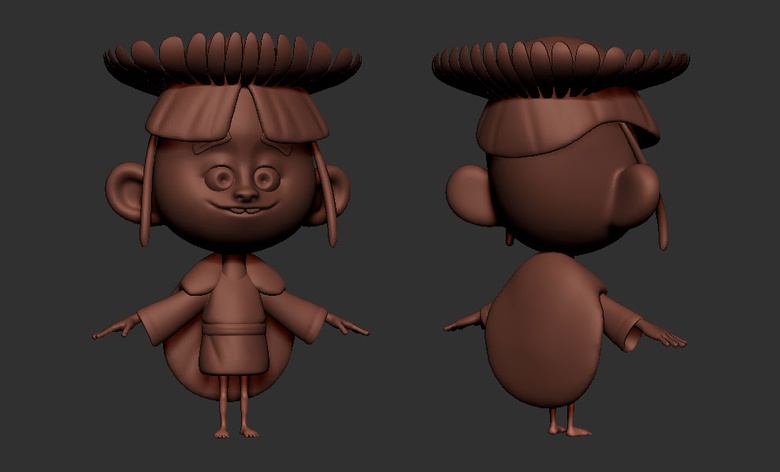 After I had finished the blocking-in I exported the OBJ file into 3ds Max and started the retopology process using the Graphite modeling tools.

I used this tool to model the body of the character. The modeling of accessories and scenery were made poly by poly in 3ds Max. 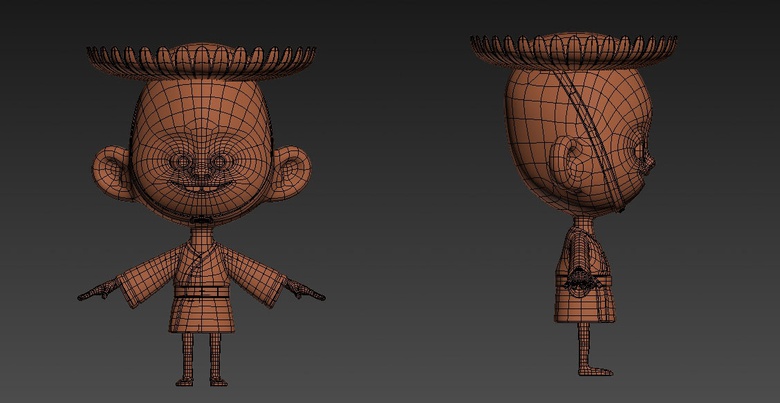 When I'm finished with the modeling, I export the character and other objects to make the UV.

To do this I use the UV Layout program, I really like using this program; it gives me good results quickly and is very efficient. 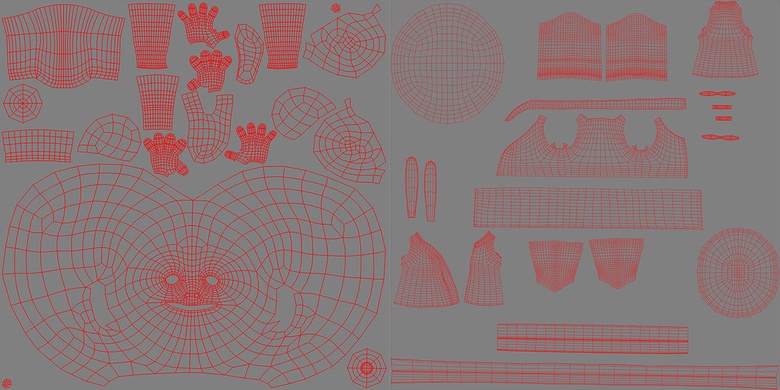 I began creating the textures in ZBrush using Polypaint because it's an easy way to define the basic color variation directly on the 3D model. After this I exported the maps into Photoshop and started detailing them. In Photoshop I mix the base color I made in ZBrush, some photos and digital painting. 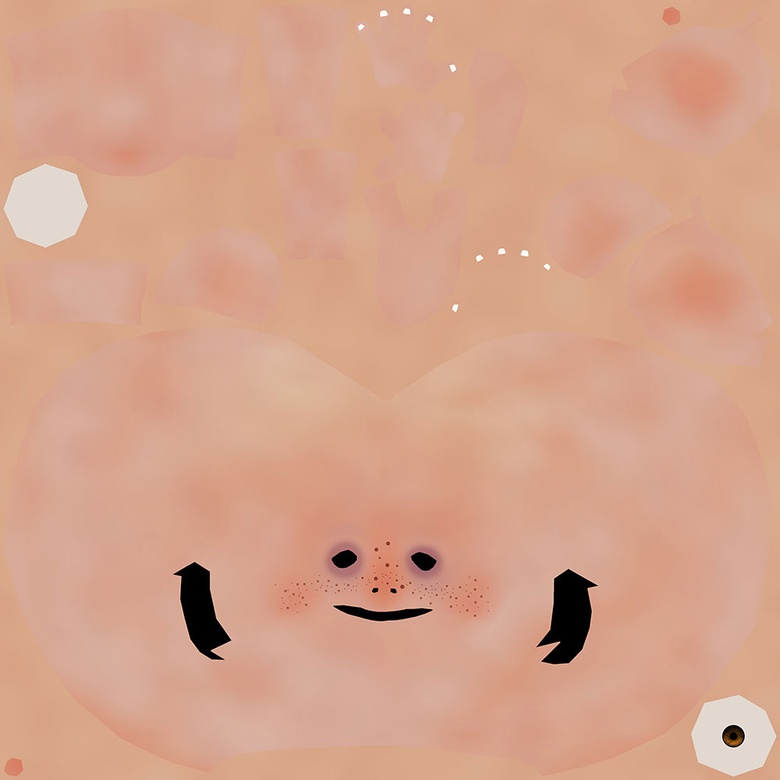 When I have the textures ready, I start to do character shading. I chose V-Ray to do this project, I really like it. To make the character skin I used V-RayFastSSS2. For the other objects I used the basic material of V-Ray. 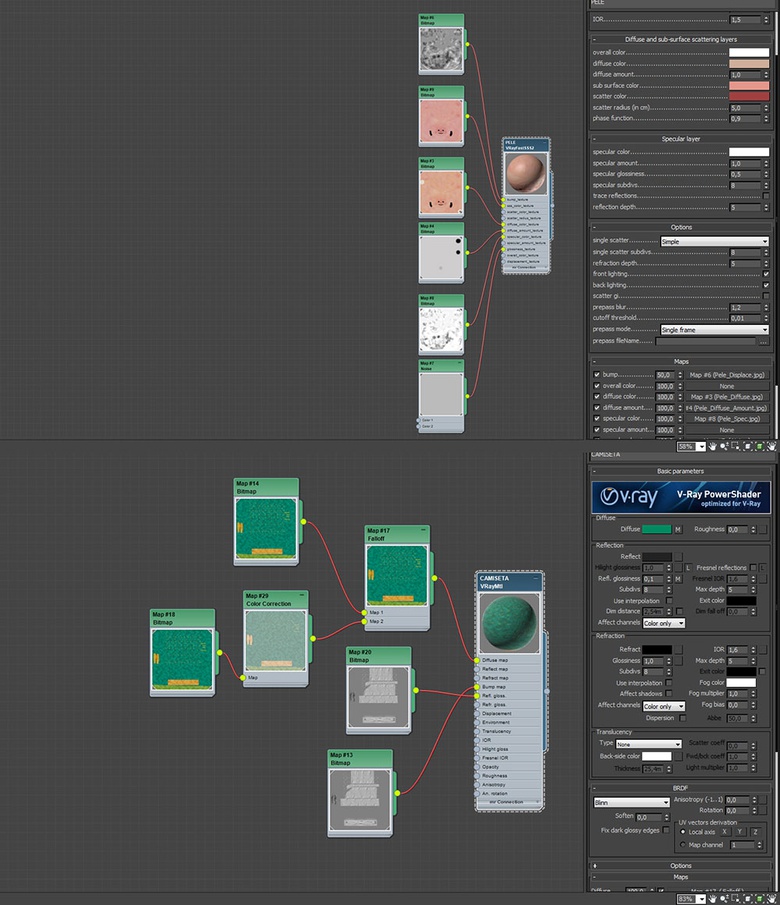 To do the hair and fur I used the Ornatrix Plugin. I duplicated the character and deleted the parts that would not have hair, so I apply the Ornatrix only where I want it to have hair. This was the first time I worked with Ornatrix, but I liked it a lot, there are many modifiers that speed up the process like the symmetry modifier. 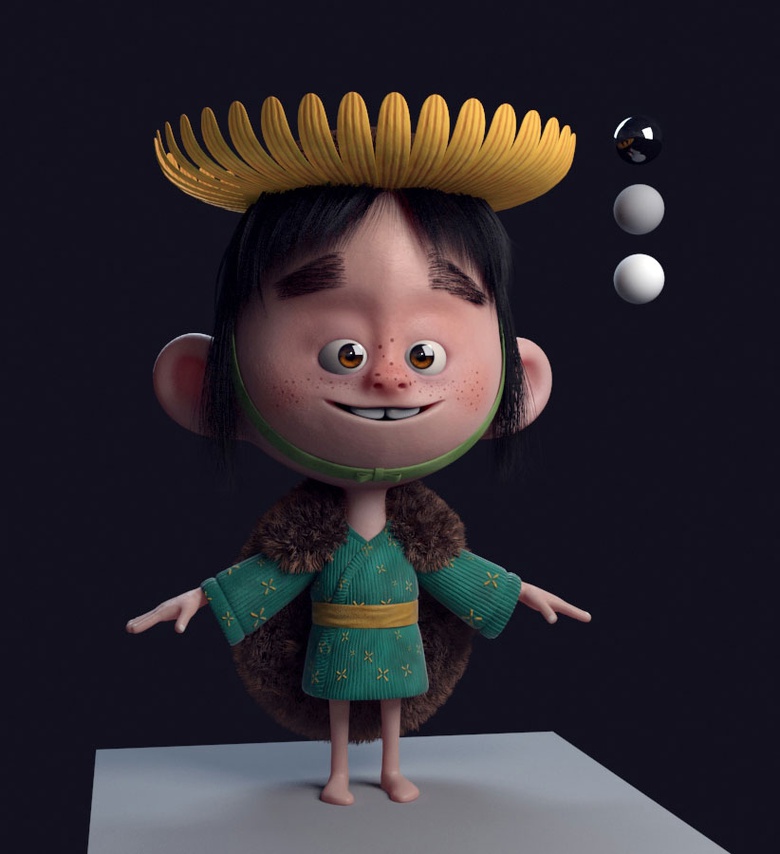 To make a lighting of this scene I used three rectangular V-Ray lights. The first is a main light simulating sunlight on top of the character, then one on the side of the character to help fill in and a finally a light for the background.

I render some passes like Reflection, Glossiness and SSS. Then I used Photoshop to work with these passes, make color adjustments and levels. To do the background I worked with some photos. 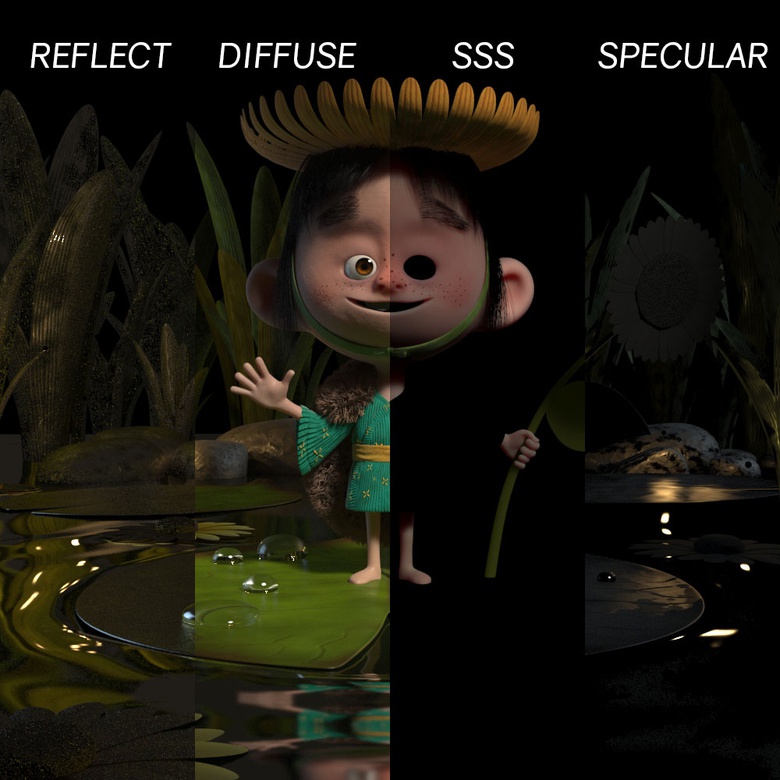 I am very grateful to 3dtotal for letting me share my process with you. Thanks for reading! 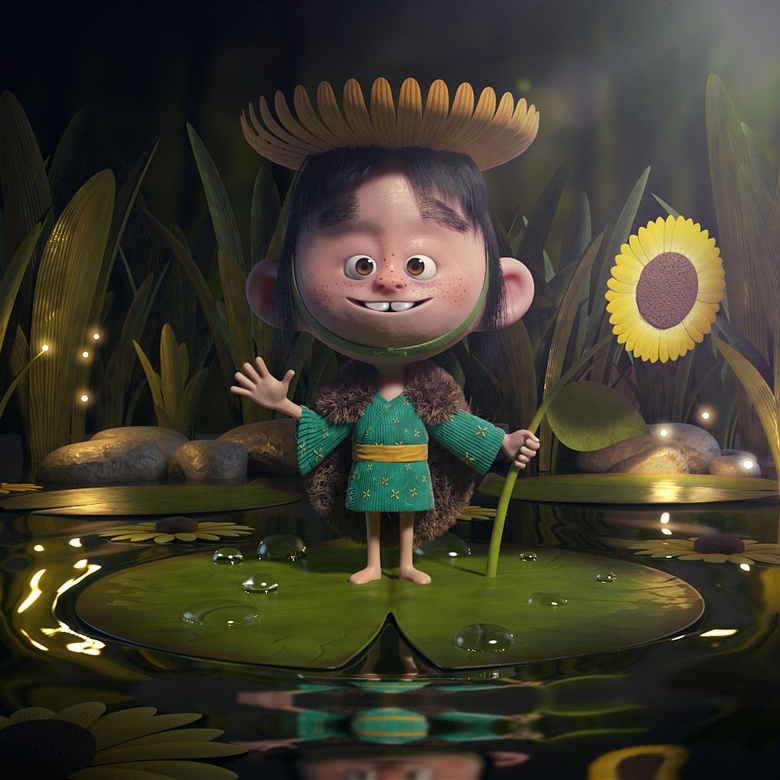 Visit Jonas Schlengman's portfolio for more of his work
Take a look at Jonas' other gallery entries
Pick up a copy of Sculpting from the Imagination: ZBrush and learn how to model like Jonas!