Johan Svensson and Kalle von Hausswolff take us through the process of creating their latest image: Porsche, Just cruising. With a special focus on gathering reference images and background shots, Johan and Kalle reveal the best techniques you can follow when creating your own project assets. 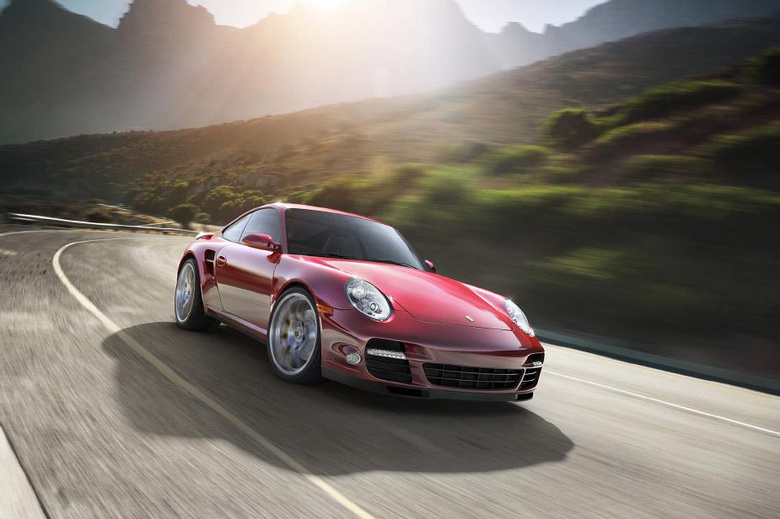 Johan Svensson and Kalle von Hausswolff take us through the process of creating their latest image: Porsche, Just cruising. With a special focus on gathering reference images and background shots, Johan and Kalle reveal the best techniques you can follow when creating your own project assets.

So to start, we collected a lot of references of cars that we liked (in total, over 50 images), to have a better understanding of what we wanted to achieve. We studied the lights, reflections and the technique behind these references and made some rough sketches. By looking at the sketches we decided to create a red Porsche 911 Turbo on a country road. We thought about Bsmart's studio at Cape Town as it would be a perfect solution for our needs this time.

It was rainy and cold in Sweden at this time of year and Kalle was to be leaving to South Africa for business purposes so we decided to do some shots at a location outside Cape Town, to give a sunny and shiny country road with the high South African mountains as the background. These are some of the shots of the surrounding. 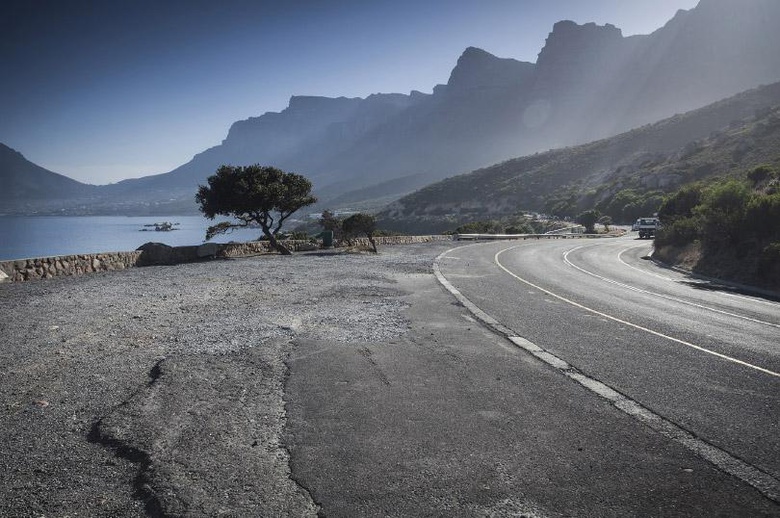 Shot of a potential background scene possible for the image 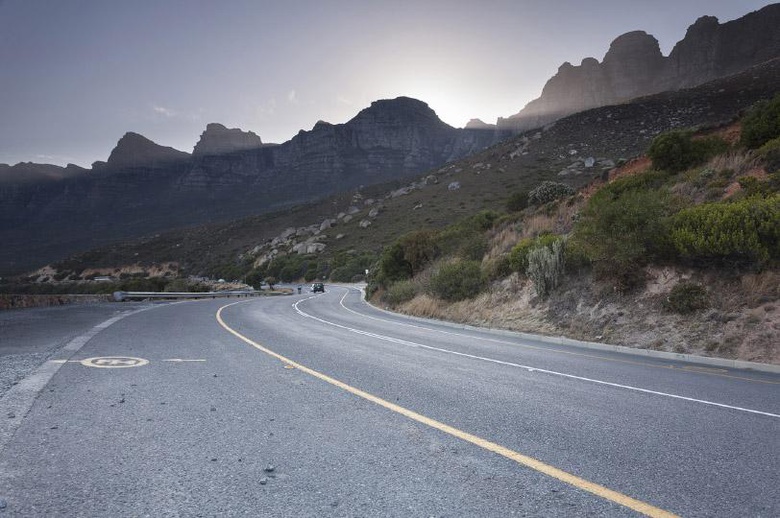 With an empty road and a camera setup, Kalle was ready to do the shot. To give realistic lighting and reflections of the surroundings of the car, a 32-bit HDRI was also shot at the position.

Johan, who was responsible for the 3D and retouch, then started to retouch the motion blur and color adjustments.

Getting shots of the scene 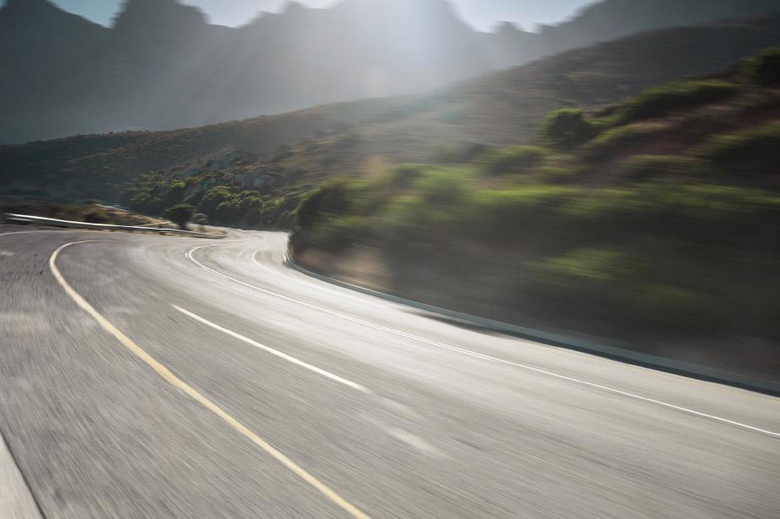 Johan started to set up the scene with a HDR environment, and rough road geometry that would later be used for ground shadows. To save us some time we bought a 3D model from www.squir.com, an online shop with a collection of 3D cars.

Johan started to add some lights, materials and did some draft renders in Maxwell for a first look. 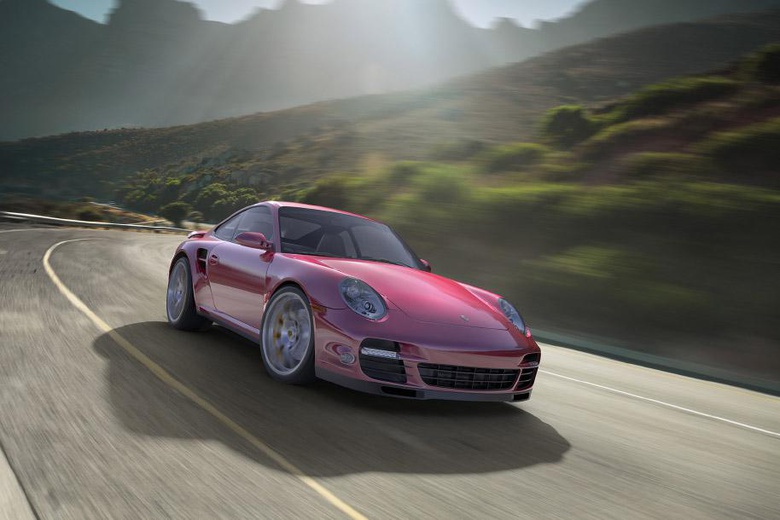 Adding the 3D car to the scene

The driver (who was actually Johan) was missing in 3D, so we made a fast shot of Johan inside a car, to give the correct shadows and position. The head was later cropped out and retouched into the car driver's seat. 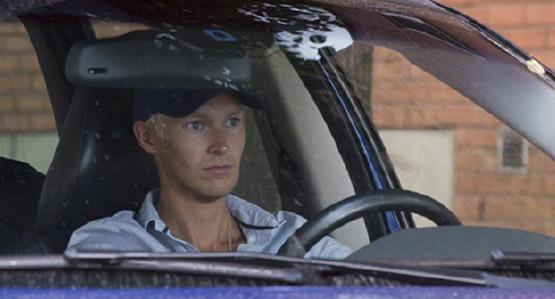 Getting a fast shot of a driver for the car

The HDR was imported into the viewport as a background, to have a better understanding of the position of the sun. 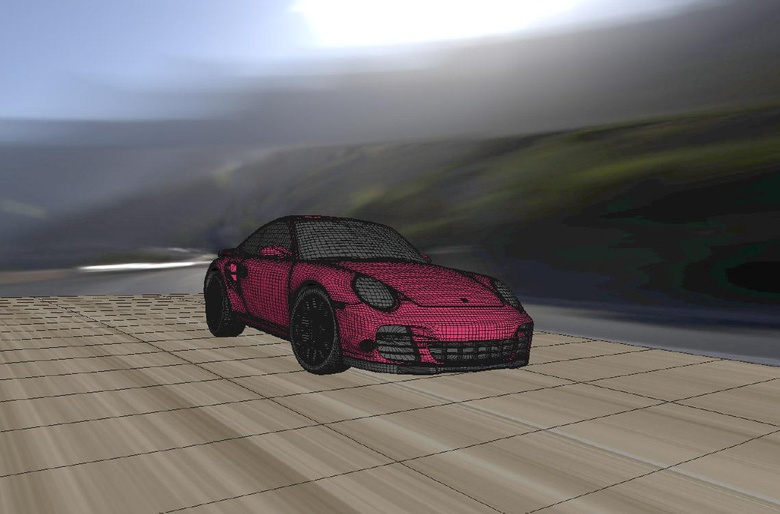 Importing the HDR image as a background

The car paint shader was created using the Car Paint Wizard in Maxwell Material Editor.
We tried out some different material values for each test render to find a material that matched as close as possible to our car reference materials.

A car paint shader was built up with different layers and this was important for the overall texture of the model. 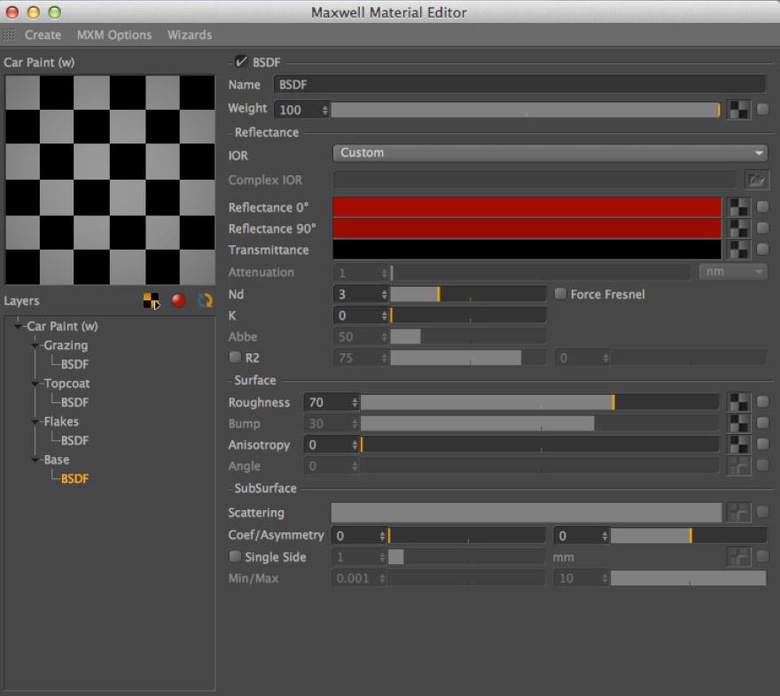 Getting the right shader for the car

We needed some shadow on the ground for the final image. This was rendered from a Direct Light Source and with some Ambient Occlusion shadows. We also conducted some studies on the references to achieve the correct hardness in the shadow, compared to the sun. 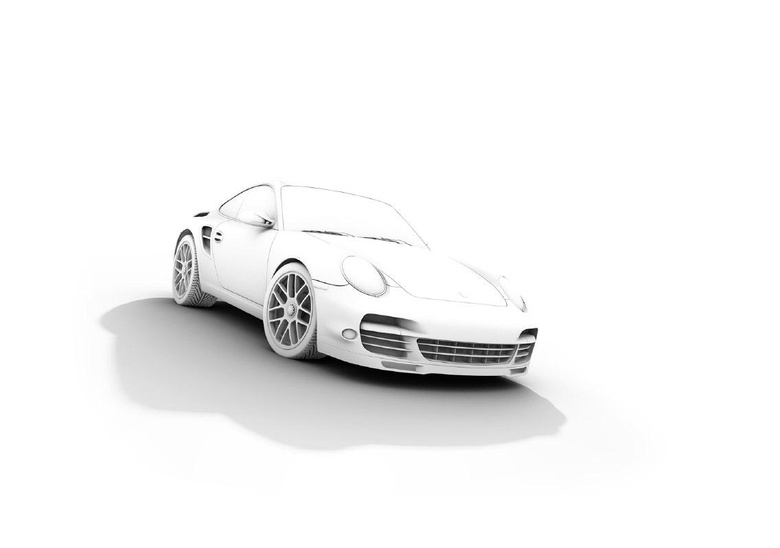 Adding a realistic shadow to the image

We raised the resolution of the render settings and assigned our Render Farm the right job. We found that a total render time of 5 hours was needed to reach a suitable sampling level. All the render passes were later assigned into Photoshop and the final touches were made. 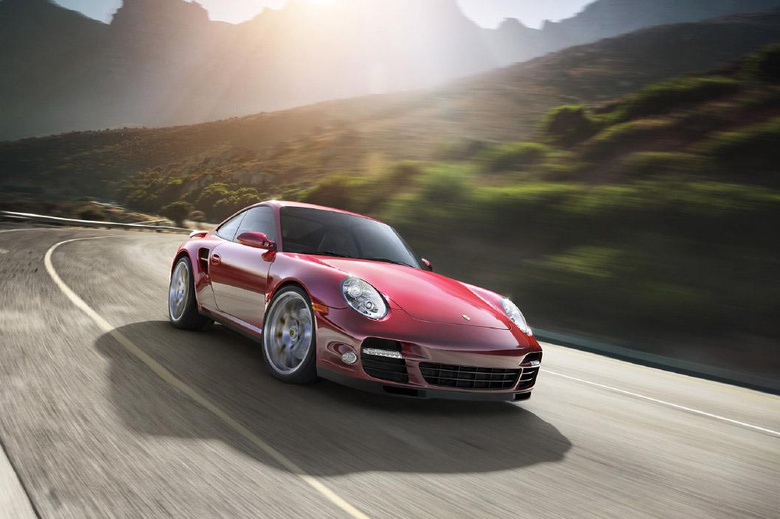 Finishing touches to the image