Here I'll guide you through my working process for the image "Once Upon a Time..." My inspiration for this work came when I first saw No Country for Old Men. I've always loved those Western American landscapes and although the film was recorded in Texas, I used photographs from it as a reference so I could create a police scene in a vast desert.

The process of searching for references was important because it helped to give me information that was essential for truthfully recreating the environment I was imagining.

As I planned my work place in the desert region of Arizona, in the 1970s, I searched for references of road signs of that time, police cars, vegetation and elements that would bring detail to the image, showing what really existed there (Fig.01). 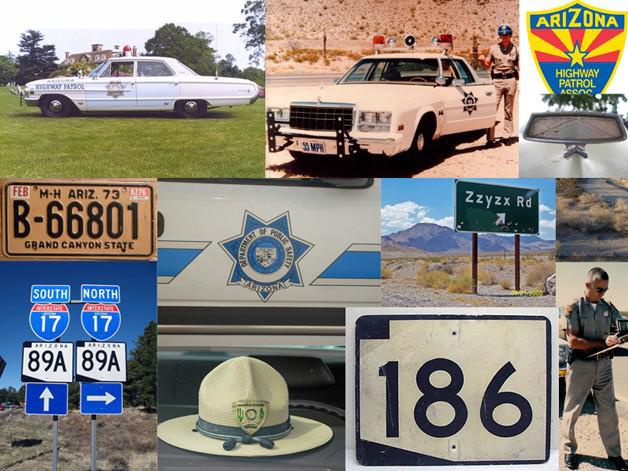 The modeling of the elements in the scene was extremely simple. The models are derived from primitive cylinders and planes, which I modified using the Edit Poly tools (Fig.02).

The car model was started by my friend Fernando Ometto for a job that would have small toy vehicles. So, for my work, I needed to renovate it to match a Ford Galaxie 500, year 66 or 67. The general shape of the car was kept, but I changed some items such as the wheel, siren, break bush, tires and other details pertinent to the actual model (Fig.03).

After gathering some references of Arizona desert vegetation, it was time to plan how to achieve a convincing result. I tested some plugins for modeling plants. Some of these were completed models that I later modified, which gave me a lot of control and the ability to edit the shapes of plants. I achieved the best visual results using the Hair & Fur system  in 3ds Max.

On average, each plant had 700 "wires", which required too much processing power and memory to render, so I decided to separate the plants into two areas: foreground and background. Plants that are closer to the camera are Hair & Fur and for the backgound, I pre-rendered a wide variety of models and applied them as textures on simple planes, with the opacity channel (Fig.04).

For the modeling of the stones, I used a plugin called Rock Generator, developed by Alessandro Ardolino. On it I was able to create a wide variety of rocks at different scales, and their forms were easily edited using the FreeForm Deformation tool. With the models of the stones ready, I used V-Ray Scatter to distribute them randomly on the landscape (Fig.05).

As in all jobs that I have already created, the shaders of this work are all VrayPowerShader.
My texturing method is to use blend materials. This gives me a lot of control, because for the same object I create shaders and materials that are placed in separate layers and separated by masks or colors. In this speed limit signal example, I created two materials: a base material that is the painting of the plate and a layer above, separated by a mask, a rust tileable texture (Fig.06a - b). 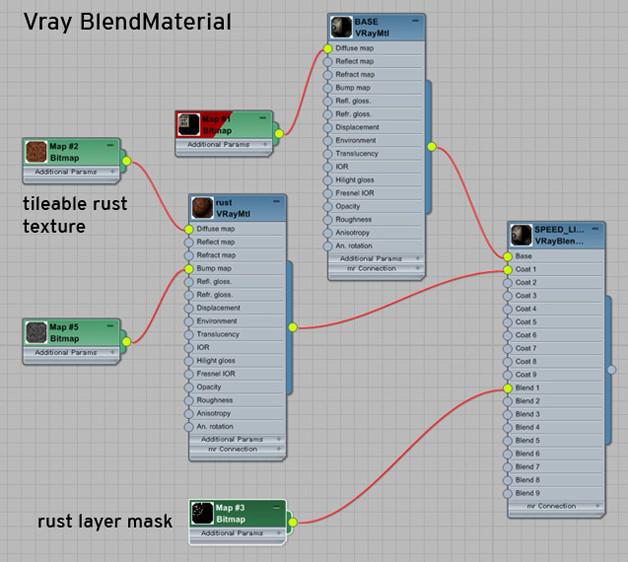 For texturing the road, I created a base map of asphalt and above this I added details such as patches, sand, scuffs and holes, which were separated by different channel mapping (Fig.07).

For a desert, there's nothing better than a sun at almost noon. Any other type of lighting would not characterize the look I envisioned for this work (Fig.08).

The image is illuminated with a V-Ray Sun working together with the V-Ray Physical Camera, which affords real control of exposure, shutter speed, ISO, and vignetting (Fig.09).

As mentioned earlier, the Sun lighting was essential to give the mood of the scene, but after the render finished, I missed a stain that referred to an old photo with the colors desaturated and more worn by time. See the raw render in Fig.10.

Also in post-production, I added the rest of the environment, like the mountains in the background, the sky, and a Z-Depth pass (Fig.11 - 12).

With all these elements together on my canvas, I used Photoshop tools like Levels, Curves, and selective color to balance them with each other.

Finally, I added some scratches and with Adobe Lightroom I added grain and chromatic aberration to get a better photo look (Fig.13).

I hope you enjoyed this brief explanation of my method of working. I'd like to thank the 3DTotal crew for giving me the opportunity to share my knowledge with other artists!