University student, Alin Bolcas, shares how he brought Moonster to life in ZBrush 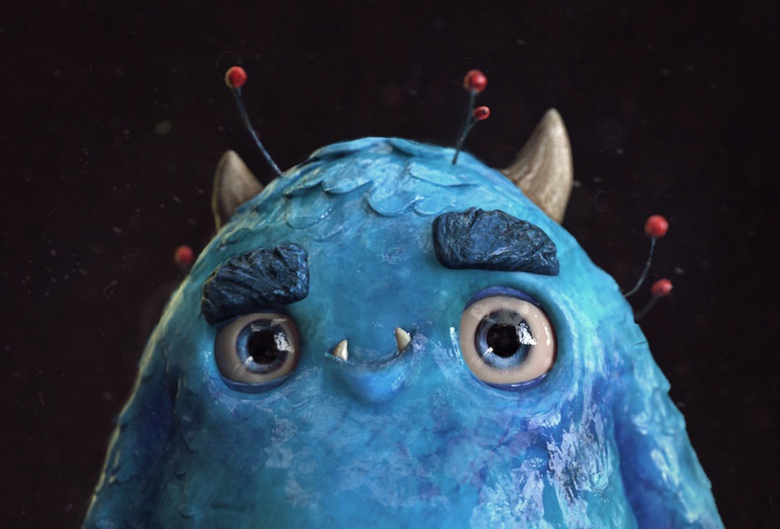 University student, Alin Bolcas, shares how he brought Moonster to life in ZBrush

I will go through my process of creating the character Moonster from 2D concept art to final render and compositing. I will explain some of the sculpting techniques I used and break down the layers of the final image.

Most of the time I start with a 2D concept - unless I'm designing the character myself, in which case I either do it on paper first or go directly to 3D. A really good piece of advice I was given a while back, is to look for concept art created by artists who work at the company you would want to work for - it sounds obvious and simple but I hadn't thought of it before. I used a concept by Alexandr Pushai. 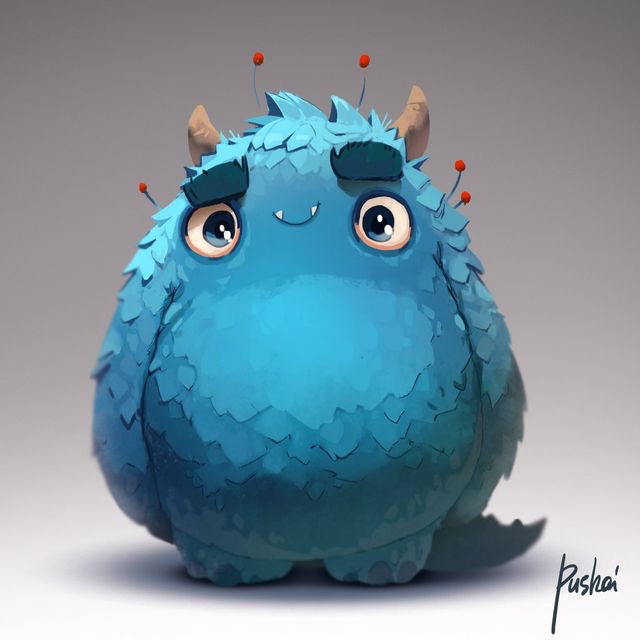 From there, I normally start playing around with in ZBrush beginning with a sphere and DynaMesh turned on. I try to create interesting shapes and curves while thinking of the overall shape - what is the character meant to convey. My take on the concept was a round, blue, cute little guy with horns. I like to interpret the concept especially if it's a personal project, I like changing things and adding my own twist to the sculpture while still maintaining the main features and items. I blocked out the main volumes and separated the SubTools. 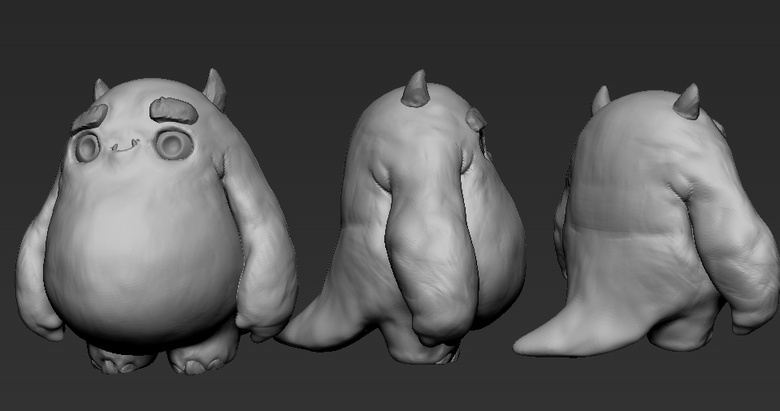 I always tend to disable symmetry too early - which is not always a good thing. On this guy I had to manually sculpt a lot of scale-like shapes, which took me forever to sculpt and doubled the surface area. It's good practice, if you have the time and patience.

From the concept, it was hard to tell what kind of scales he has and what type of materials his skin is made out of. So I improvised and thought about using a glossy precious jade-like stone with scales, which would act as a defence mechanism. I used the Standard brush, Pinch, Move, and Inflate tools (in that order) to create one scale. For the back I got bored so I created an alpha to have a base and tweaked each scale individually after that 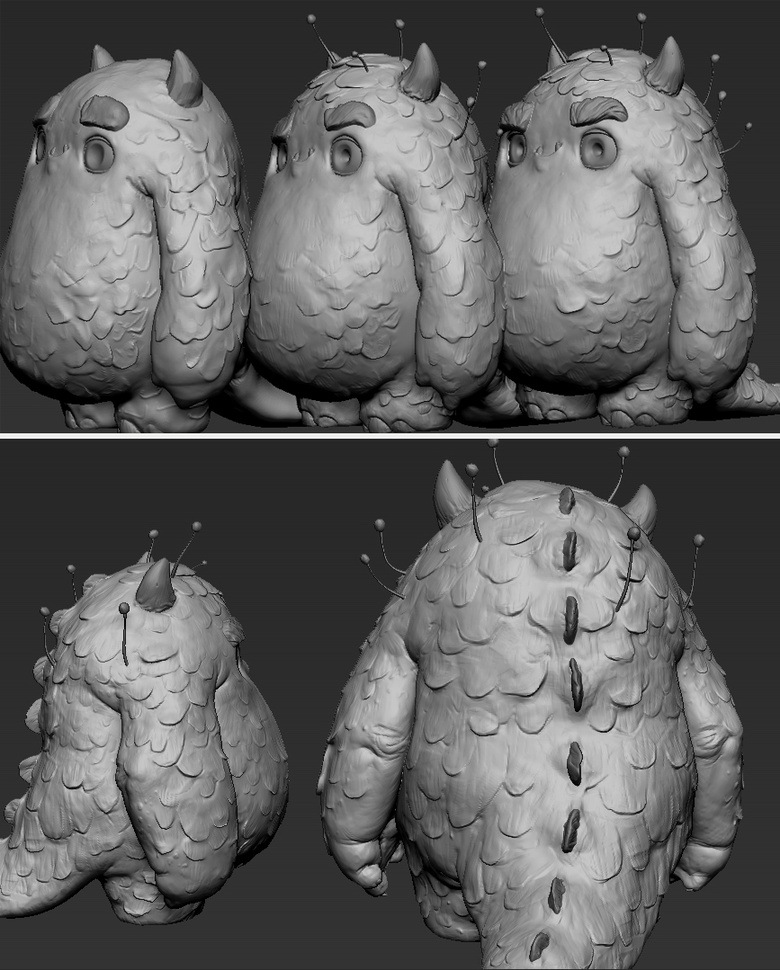 The last stage of the sculpt - aka tertiary forms - was just fixing the scales, adding little imperfections, and finally I used the Clay Polish feature (under the geometry tab) which gave me an instant crisp, crystal like surface which I liked. 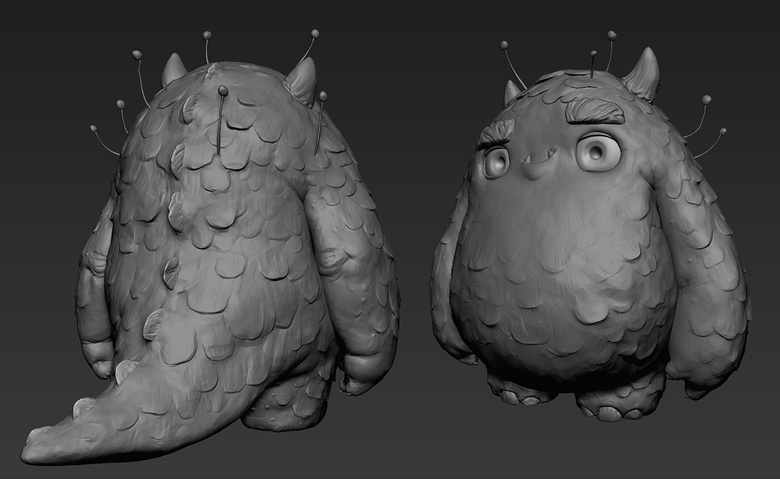 Checking the model in different lighting conditions is one step many people, me included, often skip. I quickly imported and rendered the model in KeyShot with almost no other adjustments. 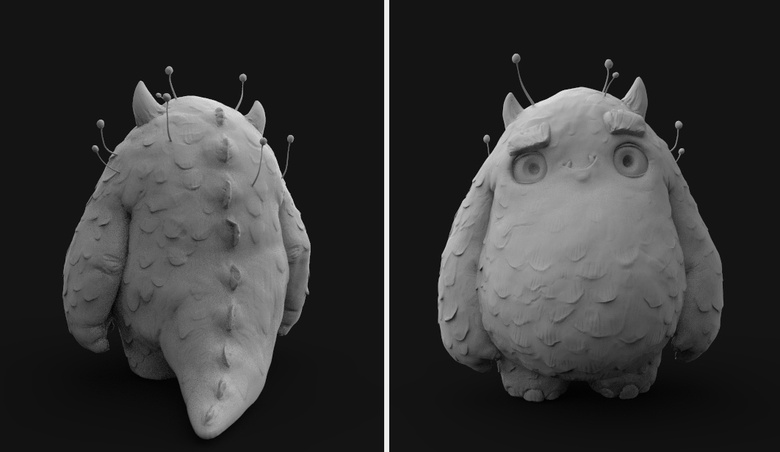 I used the quick ZRemesh and ZBrush UV tools to get me quickly through the boring and time consuming bits. It is not great for animation but it's perfect for stills and just showing off the model. 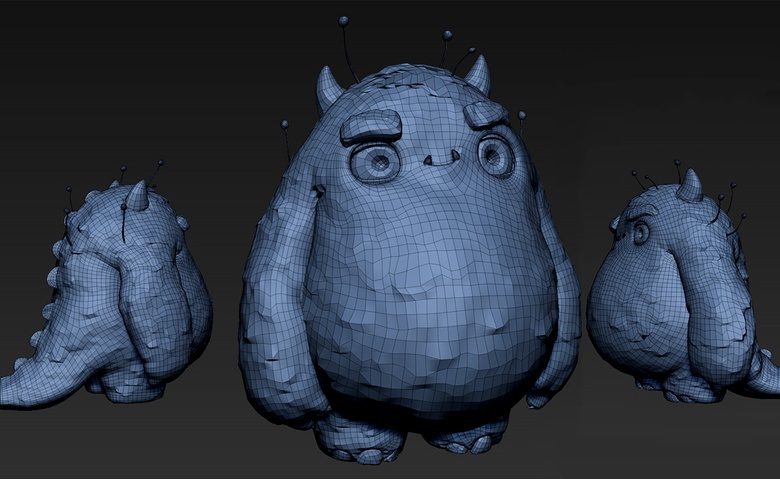 You should always start with the reference, this is what I always hear and it's completely true. I looked at glass, jade, rocks and other similar things like that. All the objects had standard diffuse, specular and displacement maps excepting the body which had one additional map I called "influence" which controls the specular roughness and the bump.

I basically wanted to add more interest to the material because it was covering a large surface. It's not really noticeable in the final image so I probably should have spent more time on it. The idea was that he should have smooth and shinny surfaces in areas that are better protected and not eroded and the belly, his sides and his back will be the opposite. 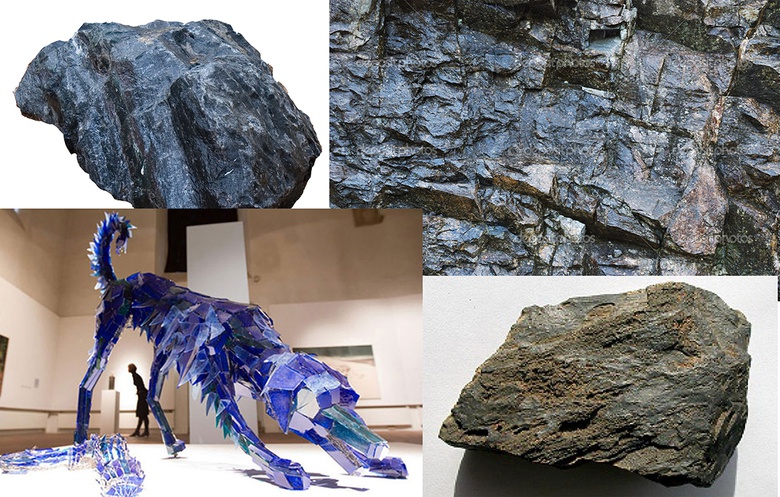 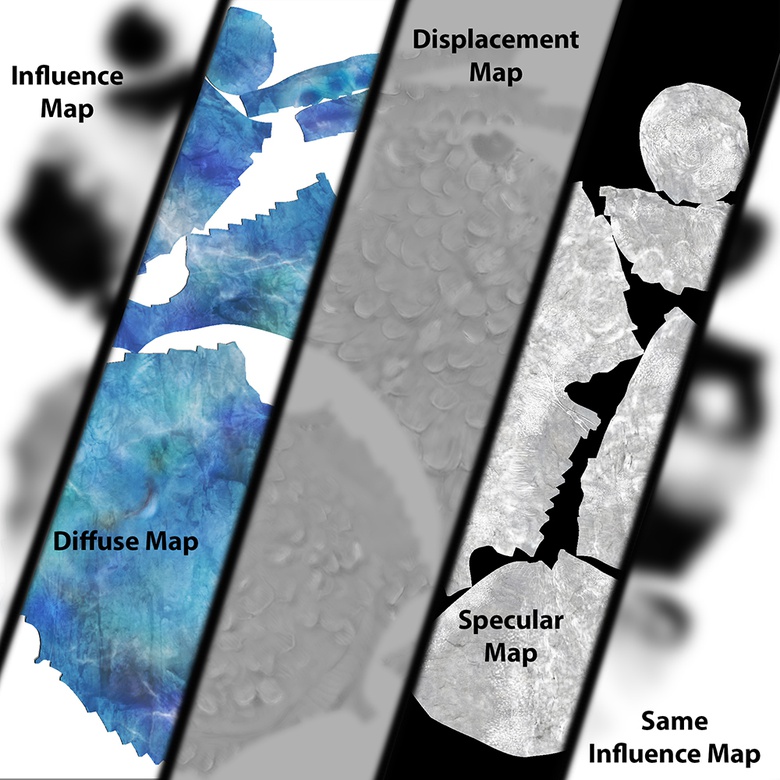 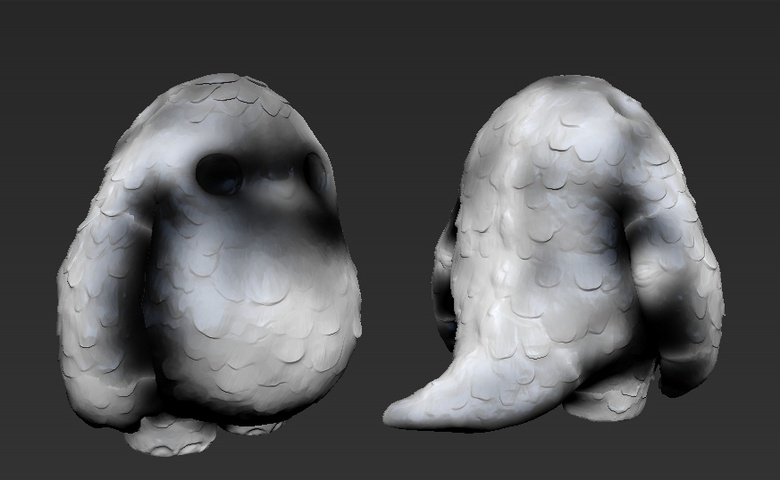 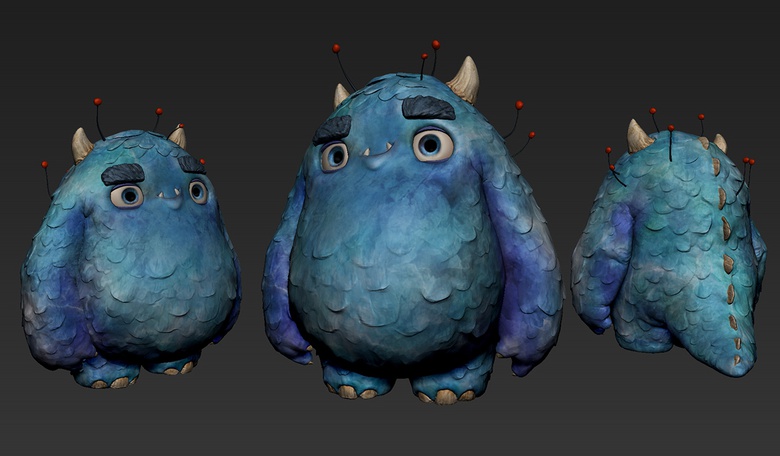 This is one of the tedious steps - you just import all the maps into your shader, tweak the values and wait for the renders. I started by importing premade materials from KeyShot library - e.g. for the body I used the jade material as a base. You can see the node setup is quite standard. You can see I have body_influence nodes, this way I can tweak the contrast and brightness without affecting the other one. 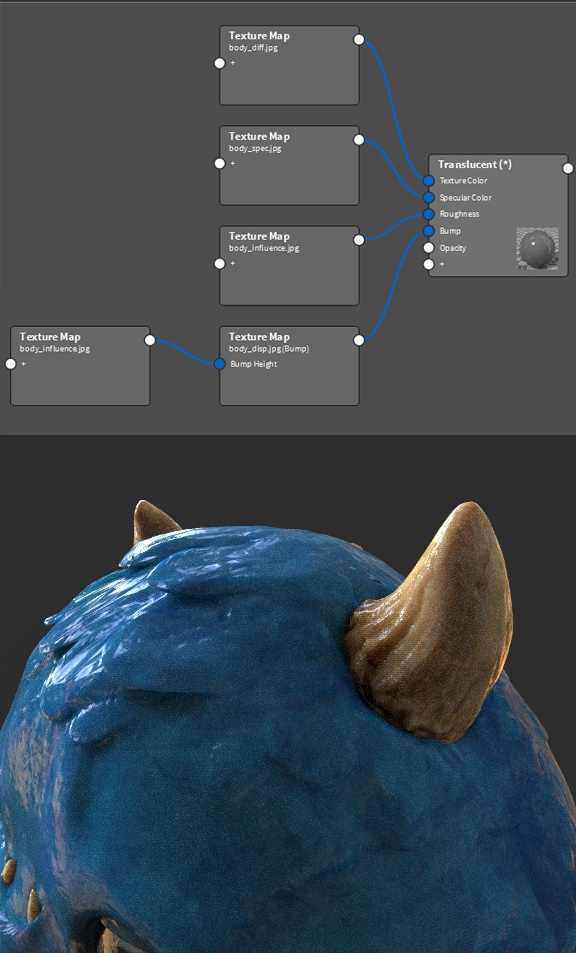 This is one of the WIP test renders

So the initial render came too saturated and I had to fix a lot of tiny things in post production in Photoshop.
N1 layer group - Many corrections, paint over, and Liquify.
N2 layer group - Painted some fake AO, added glow and overlaid a red texture in the background in contrast with blue.
N3 layer group - Used the bump filter and overlaid it on top of the original image (makes your image super crisp). I then added more camera dust to make everything look more cinematic and magical. To wrap up, I added a few hue saturation layers and curves to get the exact colour and values I wanted. That was it. Thanks for reading it through, I hope it was informative! Thanks. 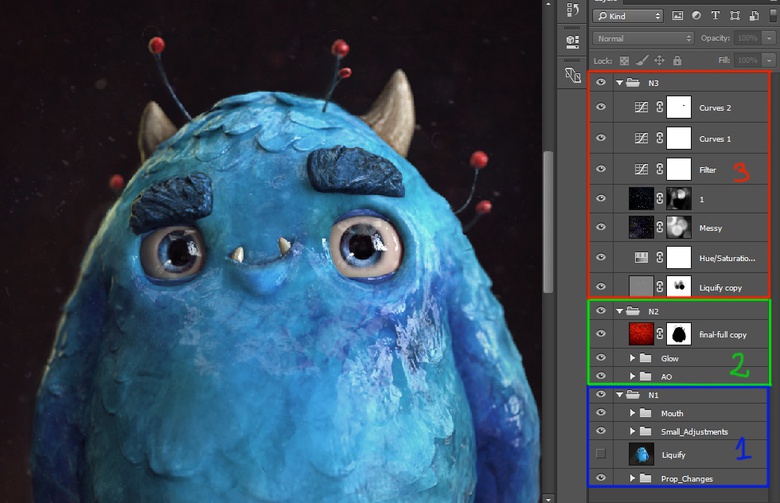 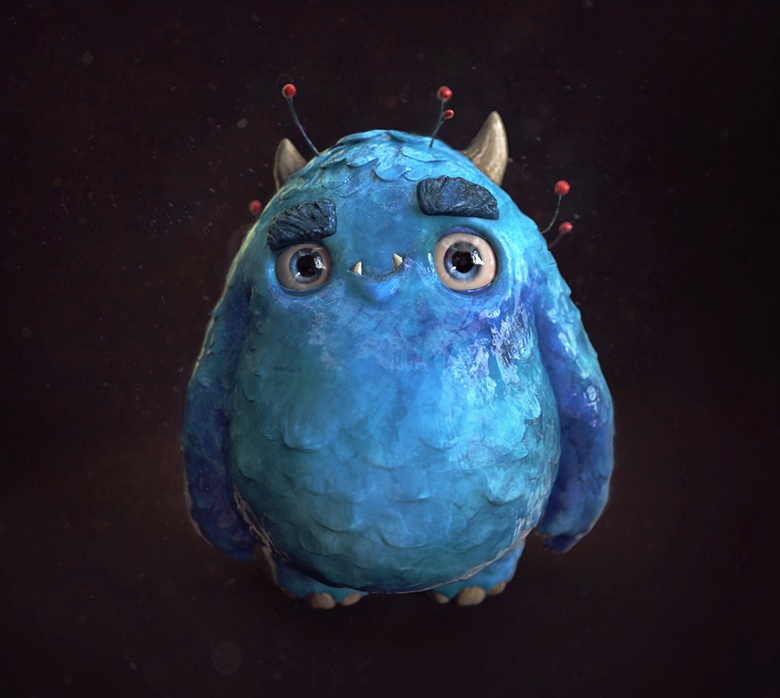 To see more of Alin's work check out his portfolio
Looking for inspiration? Check out the 2dartist magazine
Sign up to the 3dtotal newsletter