Hello, my name is Moises Gomes and I live in São Paulo city in Brazil. In this Making Of I will show you the production process behind the creation of the Military Truck image. This piece was developed for the portfolio of a games company here in Brazil, where I am responsible for every part of inorganic modeling and texturing.

I will cover the following areas in this Making Of:


The software I used included:

As a reference for modeling I used this truck photograph as a base model (Fig.01). The picture came from sxc.hu, which is a free photographs site. 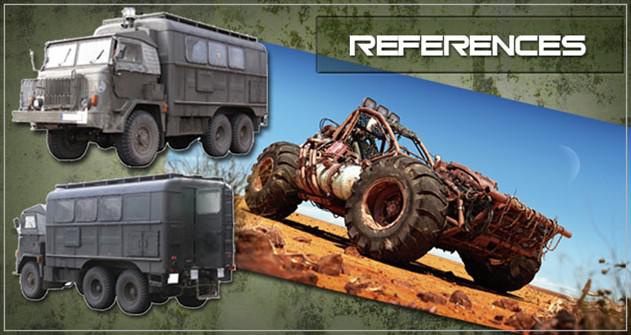 To model this truck I used 3ds Max 2009. As I used photographs to make the model, I did not use blueprints on this occasion and what helped me a lot was the technique of real "Good Sense".  The proposed design was changed a little based on the art director's wishes, but as you can see the majority of the truck is very similar to the photograph (Fig.02 - 03). 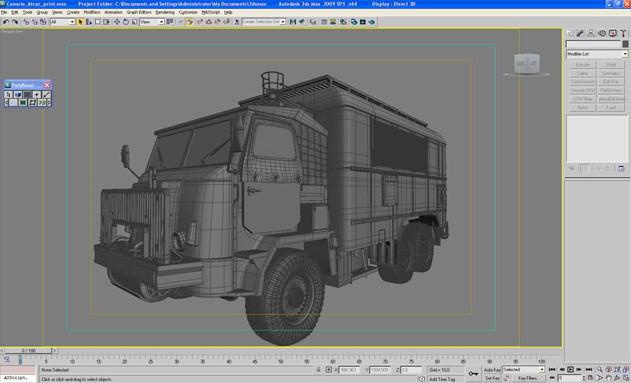 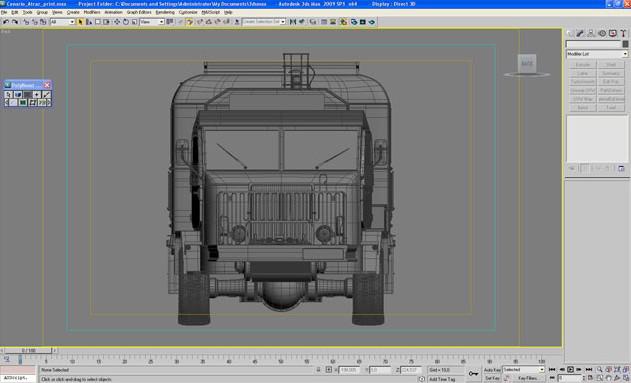 Including all the small parts like nuts and bolts, the body modeling came to 1082 pieces. A good tip for modeling this time of work is to model all parts separately. This really helps with not only the modeling, but also the texturing, and in general it leaves the model really light (Fig.04 - 05). 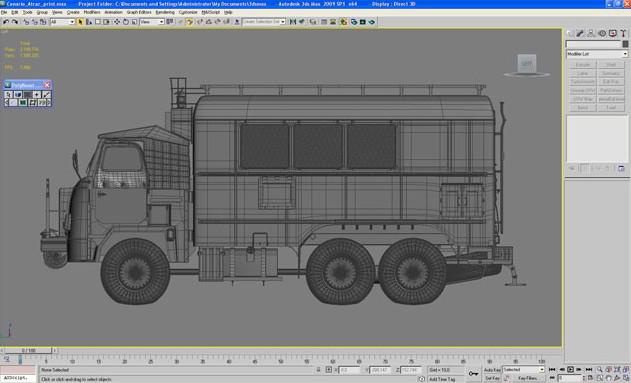 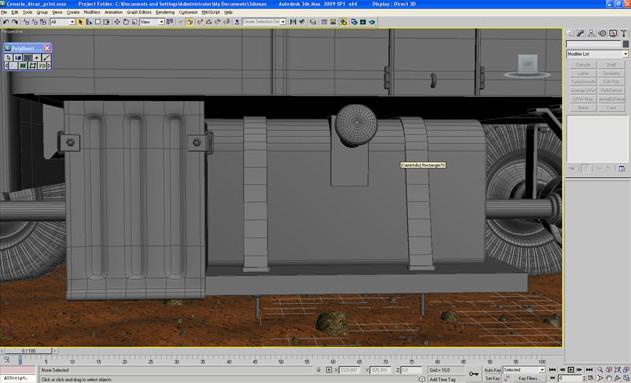 To model the scene I used a plane that was really segmented as a Noise to form the irregularity off the ground. For the stones I modeled a simple geometry with four different formats. To make the distribution I used the Hair and Fur modifier, which is perfect for this kind of work because it spreads the shapes randomly and also changes the scale and the rotation to generate an uneven distribution.

I also used Hair and Fur for modeling the dry scrublands. But in this case I distributed these models by hand
(Fig.06 - 09). 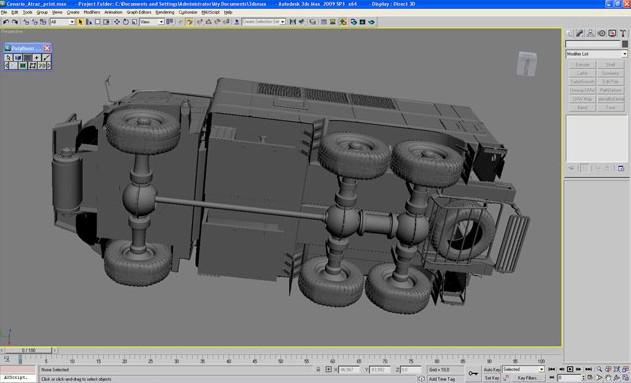 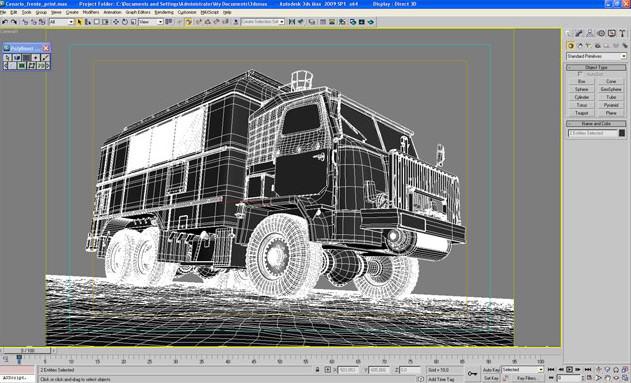 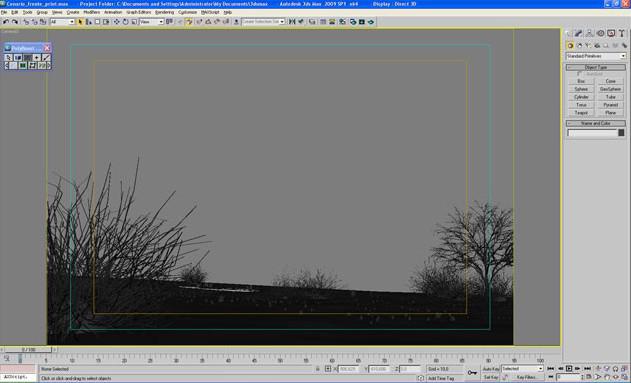 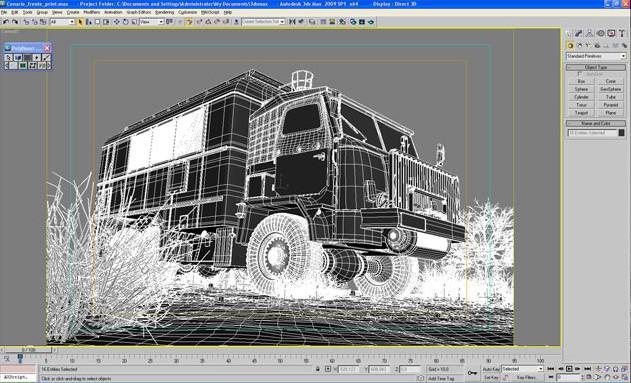 In this part of the process I started showing the truck mesh with a jade applied (Fig.10 - 11). 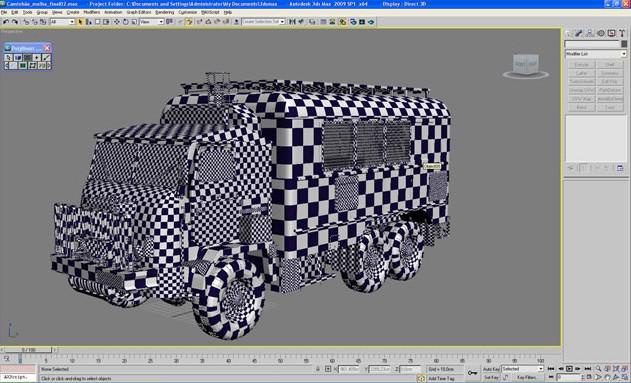 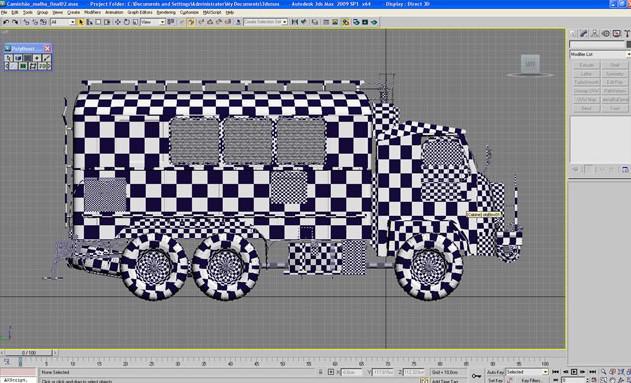 It is very hard to add damage and dirt in the right areas without having an open mesh, so in some parts I used the UVlayout.  In this model I had around 90% open mesh so that I was able to reach the painting outcome I wanted (Fig.12). 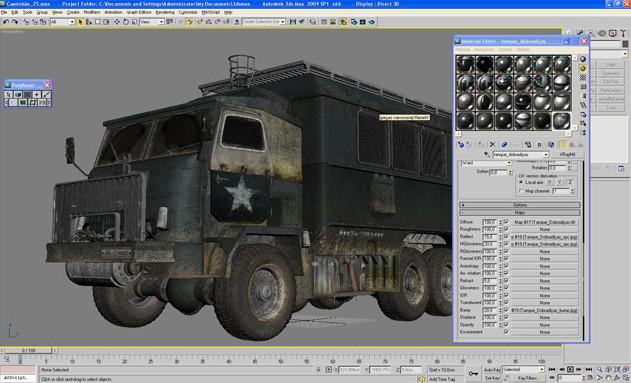 To texture the truck I used 4.4 GB and all of the textures were separated into sections as shown in Fig.13. 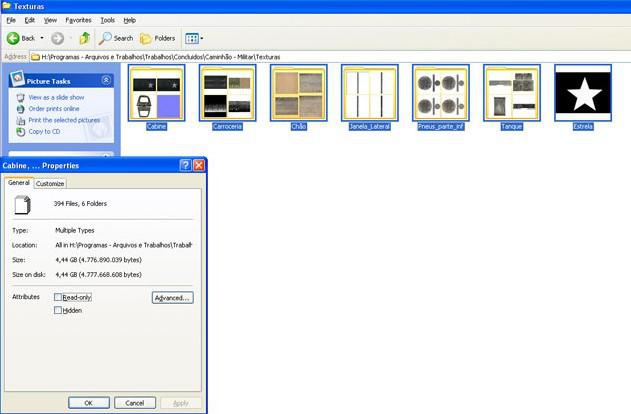 For the shader I used the Arch & Design's settings in Fig.14 - 15 and the maps that I used can also been seen in this image. I will use this specific image as an example because all the others did not differ much from those settings. 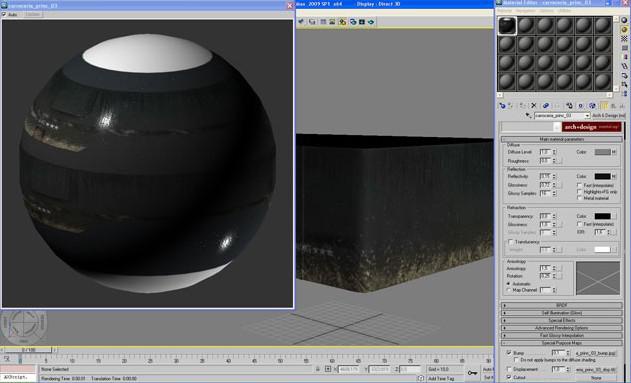 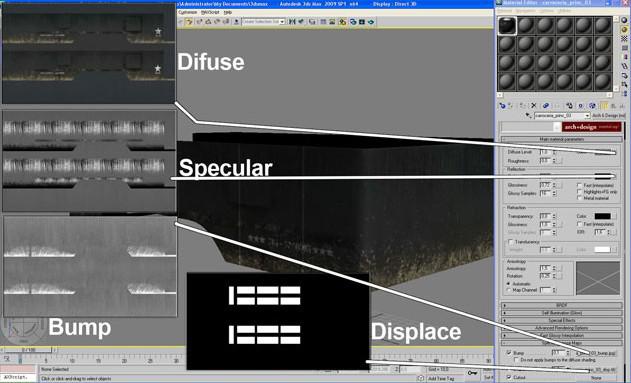 To render I used the Daylight mental ray system that is just amazing to me because it is a simple and also offers a great result without a lot of complex configurations. 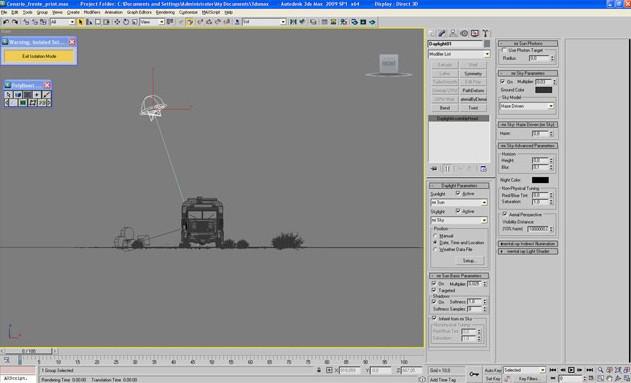 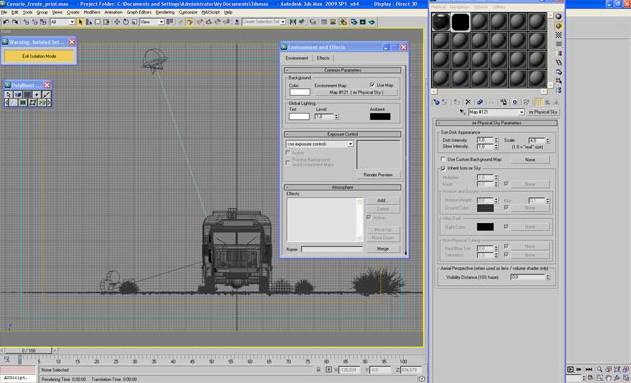 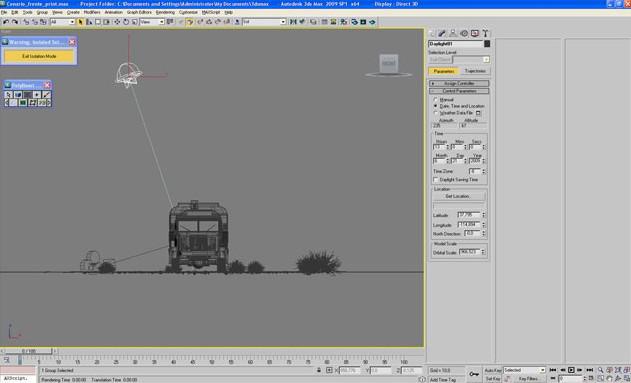 And this is the result of these settings (Fig.19). 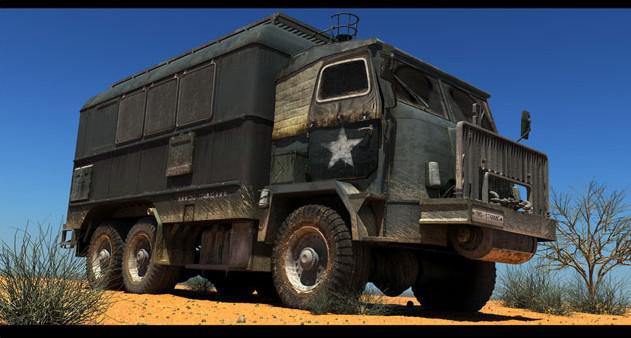 Fig.20 shows the various passes I used in this image. 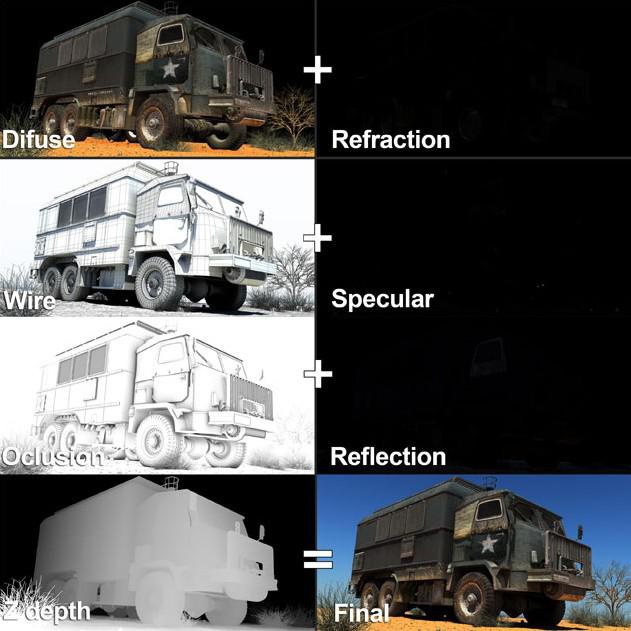 I combined these elements in Adobe Photoshop CS3 to get the following result (Fig.21).

To finalize the image I made some adjustments to color and the background elements in Adobe Photoshop so that the result was closer to the reference image (Fig.22 - 23). 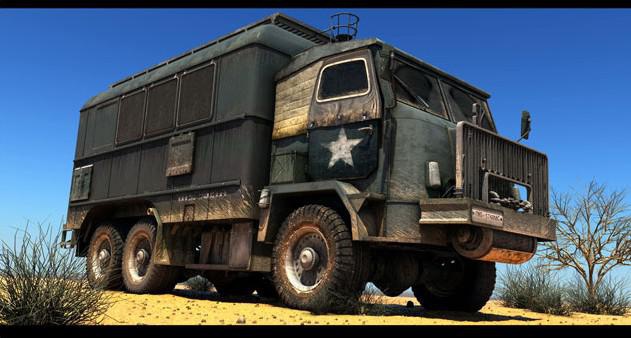 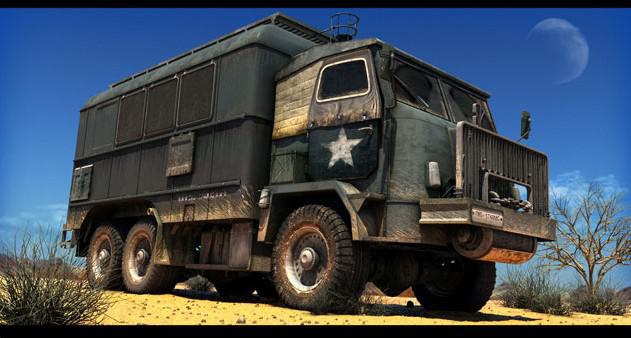 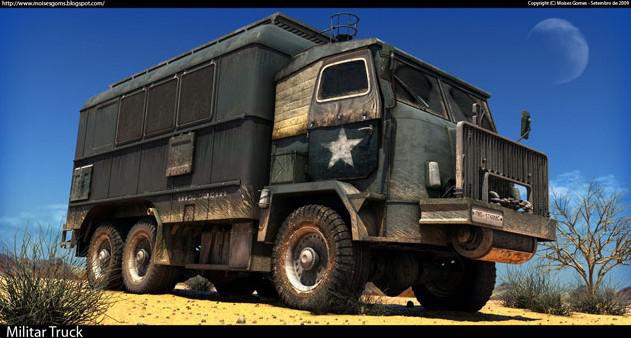 I hope I have helped you all in some way with this process.