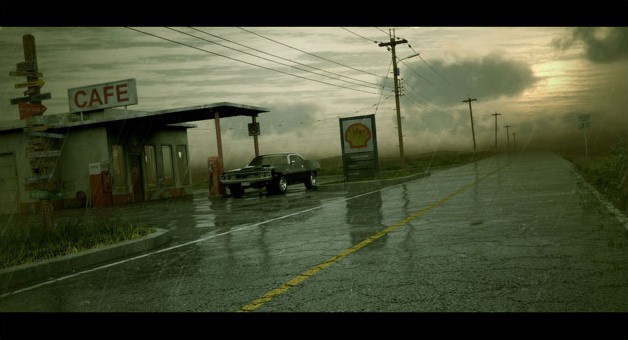 Hello!Â My name is Kashkin Andrei; I'm from Kharkiv, Ukraine, and I would like to present the Making Of my work, "Lonely driver". I will try to pay attention to each creative part of the piece, and tell you about some of the difficulties that I faced and decisions that were made along the way, as well as mentioning any special features during the project. Â I hope that you will draw something interesting from this article for yourself.

This work came about through the studying of new (to me) possibilities using 3D software. Â First of all, I set myself the task of creating a scene under the following special conditions: Â

Inspiration for this piece came from the TV series "Drive" (2007), and the film "The Hitcher" (2007). Â In this TV series I liked the 1970 Dodge Challenger vehicle; I loved its power and the unique style of the car. Â So I had decided that the main objects of the composition were going to be a car and a road.Â  The Hitcher movie then inspired the mood of the piece: infinite roads, a cafe, torrential rain, loneliness and uncertainty. I immediately wanted to capture something similar in my own work.
Â
It was necessary to conjure up a good story and a 3D environment for the piece. Â When I had definitively decided on the mood and composition, I started searching for photographic references for the upcoming modelling stage.

For creation of the work I used the programmes 3ds Max 2008, Vue 6 xStream, Onyx Tree Storm, Photoshop, and also the plug-ins AfterBurn, Advpainter script and V-Ray for visualisation. Â And so, with all this in mind, let's now take a walk through the phases of production (Fig.01). 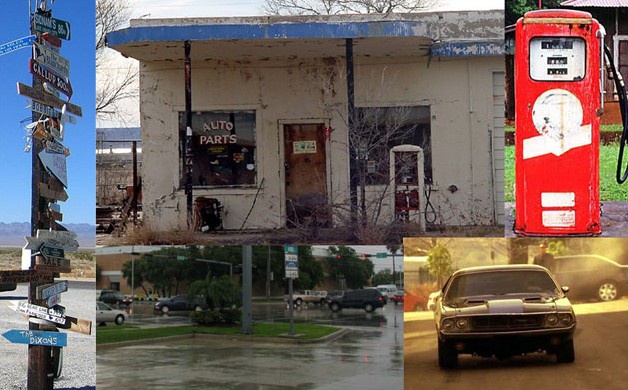 I began with the modelling of the basic objects in low quality, in order to gauge the necessary composition early on. Almost all of the objects in a scene are made of primitives which have been converted into editable poly's and then edited. Objects of the correct geometrical form looked natural, and on their corners I applied chamfers and altered the vertices manually, or by using the noise modifier. Â Bushes were created using Onyx Tree Storm. Â I made some different types of bushes, changing the parameters of the standard presets. Â I made the dried-up stalks of the grass here, too. For the grass arrangement I used the Advpainter script with different options of rotate, inclination and scale. Some kinds of grass were also modelled manually and multiplied using the Scatter function (Compound object). Â To place the grass in the cracks of the asphalt, I drew splines on the displacement structure. This spline was then also scattered. The lawn in the distance was exported from Vue and multiplied with the Advpainter script (Fig02 - 03). 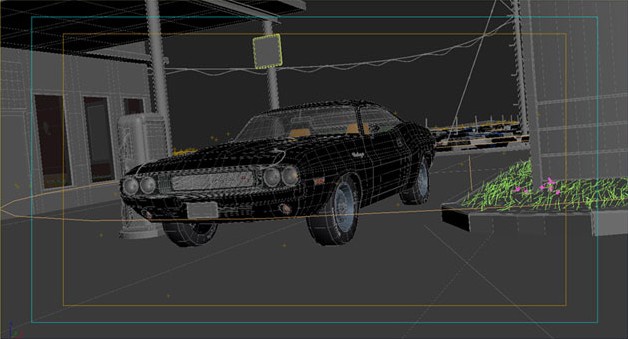 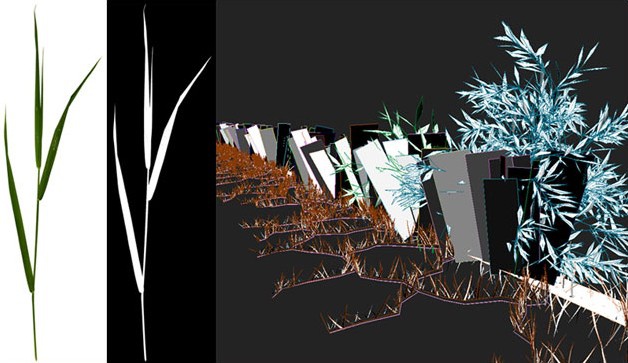 I used vray Physical Camera with 35 FOV. Upon its integration into the scene, I tried to use the principles of classic photography to capture my image in order to achieve a dramatic shot with good composition (Fig04).

Lighting was a very important part of the creation process of this work. With well-established lighting it is possible to achieve tremendous results. With the wrong lighting the mood can be spoilt, as can any good modelling and texturing work.
Â
For this scene I used the sky's HDR, which was made in Vue. In this case, it worked well as the intensity of illumination and its colour depended on a sky texture. I therefore got rid of any wrong adjustment sources of illumination and the rendered picture looks natural as a result.
Â
I wanted the sun to be behind the clouds, close to the horizon line, in order to receive illumination with soft shadows. All necessary parameters were set in the Atmosphere Editor. When I achieved some nice results, I rendered the sky in an HDR file. I also used additional light sources: a VrayLight plane in the building and a VrayLight dome for the whole scene (this way it was possible to supervise the brightness of the scene at invariable brightness levels of the sky) (Fig05).

For the texture creation I used photographs from the Internet and dirt masks from the Total Textures collections. The majority of the materials were made as Vraymtl shaders with diffuse, bump and reflection maps. Â Sometimes, for bump maps, I used noise and smoke maps or a combination in a mixed map.
Â
It was necessary to give special attention to the wet asphalt, as there were two types used in the scene. As a basis I took materials from vraymaterials.de; however, essentially, they had to be altered in order for me to achieve the necessary results. Cracks on the road were made by displacing textures with cracks. Plants were textured with procedural materials (in the diffuse maps there was a noise map with different colours of grass), but because each type of grass had a separate material, it created a realistic-looking result (Fig06 - 09). 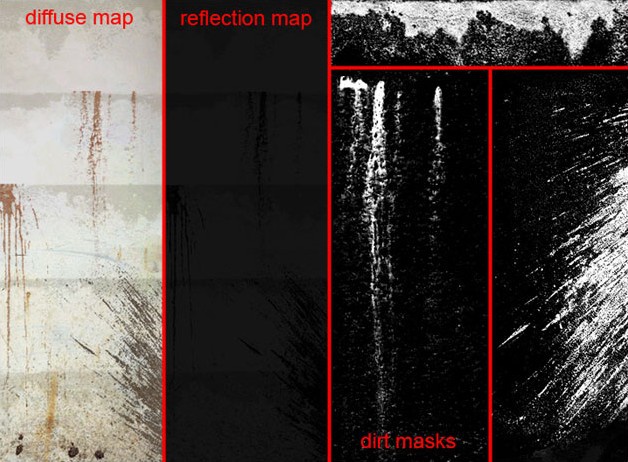 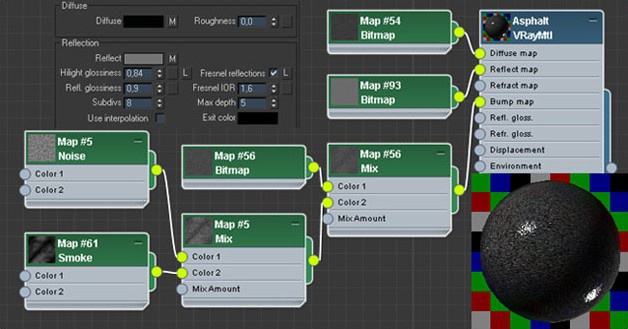 The weather was of great importance in terms of capturing the mood of the image. Â You can see the fog and the rain which were made using particle flow. Â A drip system was bound with gravitation and wind force. Â For the splash deflector I used the UOmniFlect deflector, containing objects in scene (because of the miscalculation of collisions I needed many system resources and a lot of time, and therefore the objects that were low poly modified and the small objects, including the grass, were not involved).

The rain consisted of 6,000 droplets, which were rendered as spheres with motion blur. Â The fog was also made with particle flow with wind force, and was rendered with the AfterBurn plugin. Â It could therefore be animated and non-uniform (which is much better if we simply use zbuffer!).
Â
The scene was rendered in separate layers (the computer simply could not pull the entire scene, plus it was possible to regulate the brightness, and other parameters, separately) (Fig10 - 11). 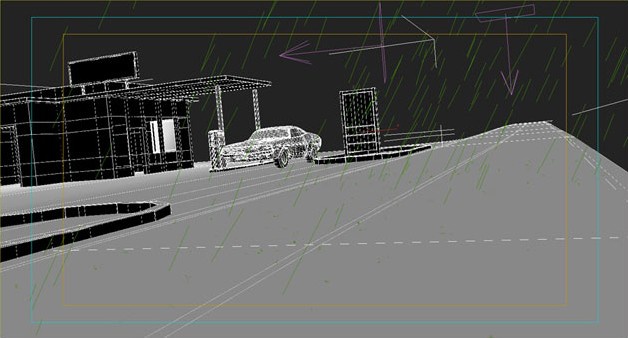 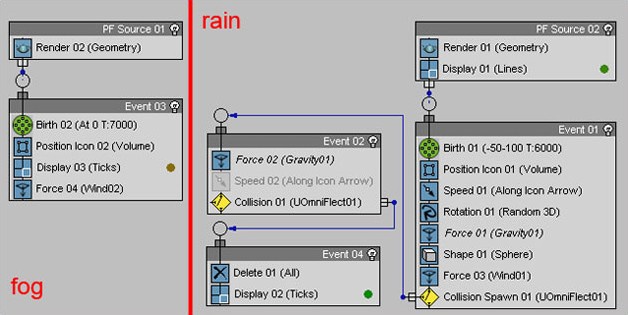 The scene was rendered using V-Ray, without GI in order to reduce the render time and PC resources. Â Standard options were used; I only changed antialiasing on Catmull-Rom and in the Adaptive subdivision window image sampler and I changed the value of Clr tresh to 0,0.

Since the scene was created for animation post-processing work, it had to be easy for any program to use, however for this still image I used Photoshop. All layers were merged, and I also changed the brightness/contrast, colour balance and the saturation. And that's all !

If you have any questions it will be a pleasure to answer them, so please write to me by email (Fig12). 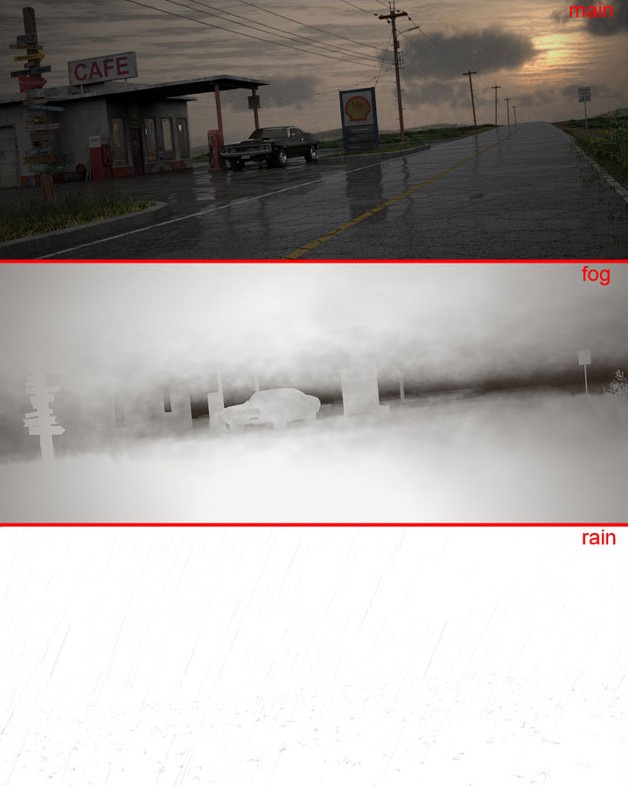 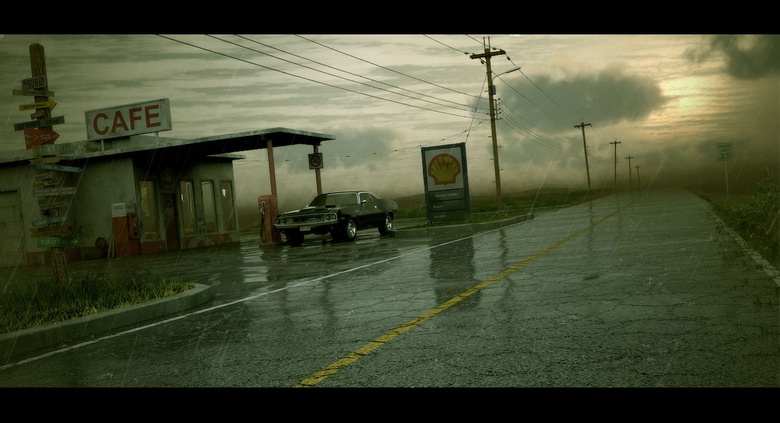