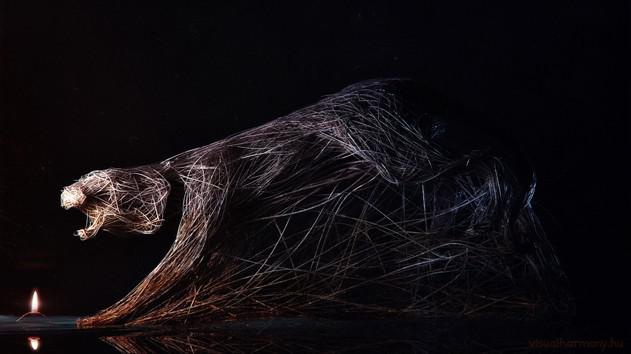 Hi guys! In this Making Of I would like to share with you the techniques with which my piece, named Iron Cat, was created.
Basically this started off as a study for work, in which I had to create accessories and ornaments to go with a building reconstruction I was working on (Fig.01). Once I had finished this, I started to think about all the different objects that could be created with this weaving-technique, which lets you build objects creatively. 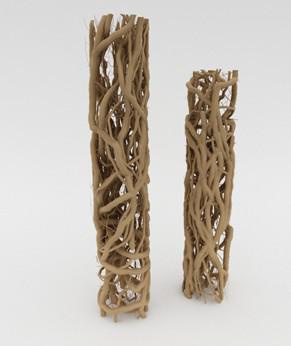 As the recreation of the actual cat would take some considerable time, allow me to demonstrate this technique using a simple object instead.

Things you will need: An object that you would like to weave and a plugin to work with (Plugin: http://www.guruware.at/main/ - a big thank you to the developers for this very user-friendly tool)

There are a few basic principles which should be followed to make life easier. If possible the object's size should be in proportion to what you would like to create. What does this mean? What it means is that, for example, if you want to create ivy (and its branches) then you shouldn't have the dimensions at 10 x 10cm. If your object is this size, then you will either have to readjust almost everything, or otherwise the plugin will only create a very small number of stalks, as in reality only about two leaves fit on a 10 x 10cm area. Therefore the object you want to weave should be realistically large enough depending on how many stalks we would like to place inside of it.

As the intended object is most likely not going to be a cube, you can play around with the gravity value on the plugin (I usually start generating with the default setting, then when the bottom parts have been woven I adjust the gravity to minimum so the stalks can run higher, not just near the bottom).

Place the ivy inside the object and then start generating. It's worth mentioning here that is more aesthetically pleasing to have more stalks running through the object, however this also means a higher polygon volume! After using Turbosmooth I had 13,299,108 polygons! (Fig.03).

Once you've reached the required amount, stop the generation and turn off the leaves. The ivy is now complete, however to allow for further editing, convert it to an editable poly (Fig.04).

Back To The Cat

Returning to Iron Cat, this is the stage where lighting and texturing came in. I put the whole thing into an L-shaped plane like a studio setup (Fig.05) I used three sources of light. For these I made four boxes which guide/arrest the light, similar to that used by photographers. 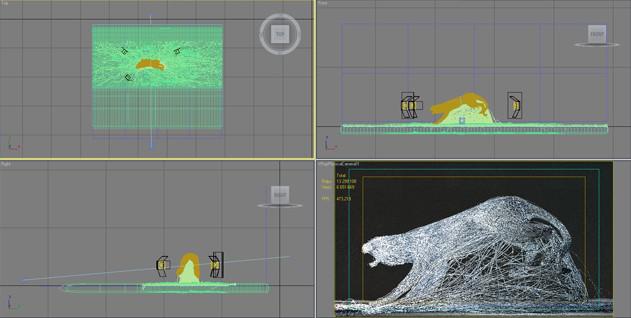 I turned the lights towards these because I wanted to get the feeling that there were only diffused light in the picture (Fig.06). 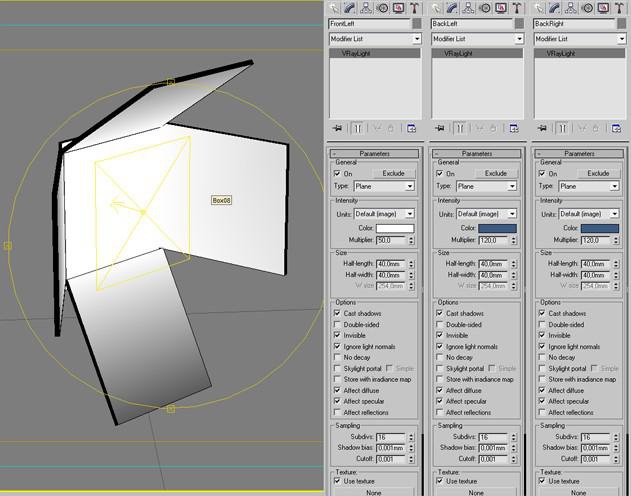 The texture for Iron Cat wasn't too complex and consists of VrayDirtmaps (Fig.07). I created two textures for it (Fig.08) and I used VrayDirt because I find it pointless to Unwrap UVW that many polygons. This way I was able to put some rusty and some not so rusty parts into the picture. I then used a simple UV alteration to stretch these onto the mesh. 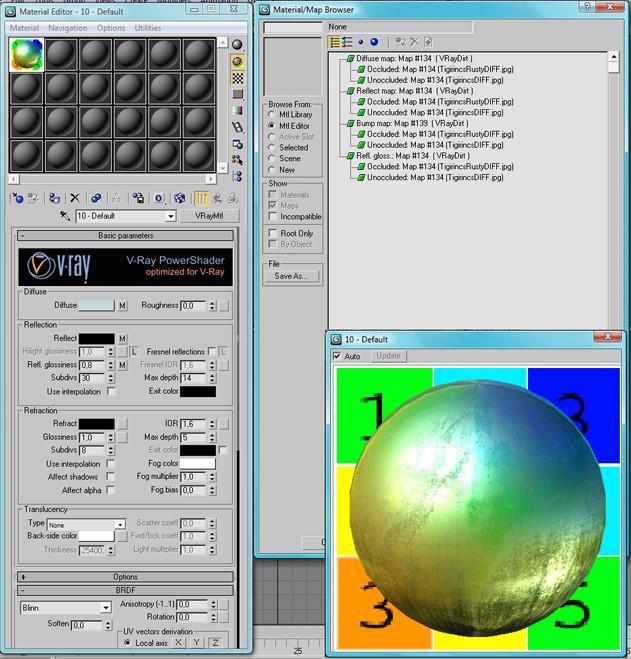 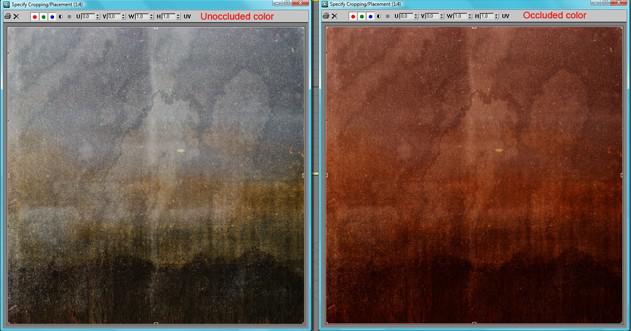 For the rendering I used VrayPhysical camera and logically a Vray render engine for the following adjustments
(Fig.09). 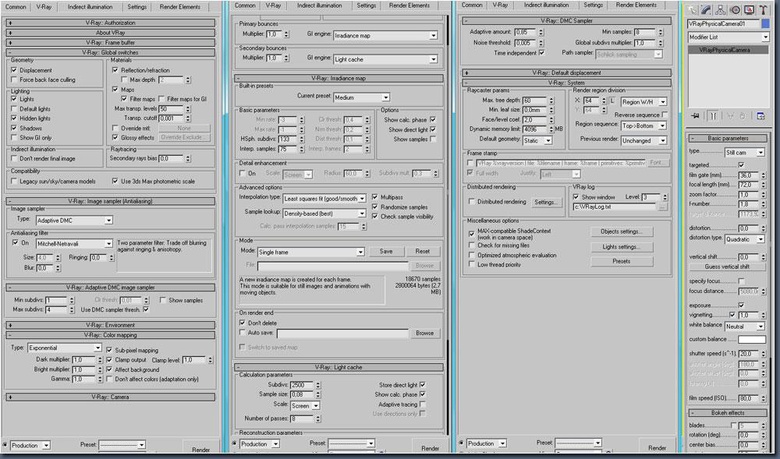 The resulting picture was taken to Photoshop where I fine-tuned it - this is where I put the flame and the hairs on. A few words regarding the creation of this: after the picture was completed I really liked the cat's slightly offensive stance, and I thought it would look good to have a flame as if though it was attacking it (Fig.10).

I Googled a picture of a candle flame and put in on the given layer in Photoshop. As the background was black, I simply changed it to Linear Dodge with 100% visibility, then I duplicated this layer and changed it to Screen before smudging it with the help of Gaussian Blur (using setting 7). This gave the flame a bit of a glow. Now I just had to adjust the appropriate visibility, which was 60% for me. 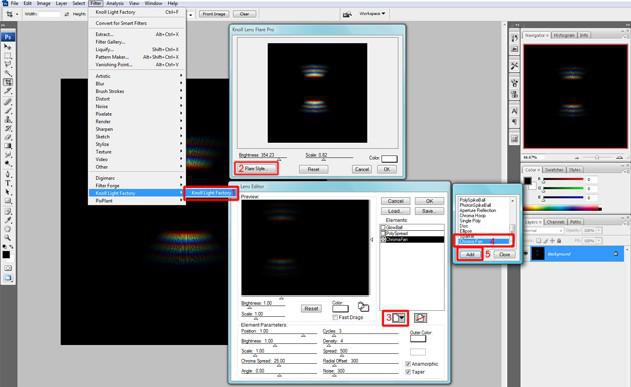 I then pulled this over the original picture as a new layer and adjusted it to Screen with 29% visibility.

I also gave the image a few layers which influenced the color of the whole picture. In Curve Editor I adjusted the color scale so the picture was bluer and increased the contrast. I gave it a slight CA (Cromatic Aberration) and then duplicated the layer on which there was a high pass (the demonstration of this is not practical as the outcome always depends on the picture and how you use it).

However, in this before and after, you can really see the value that post-production has during the creation of a picture (Fig.12) 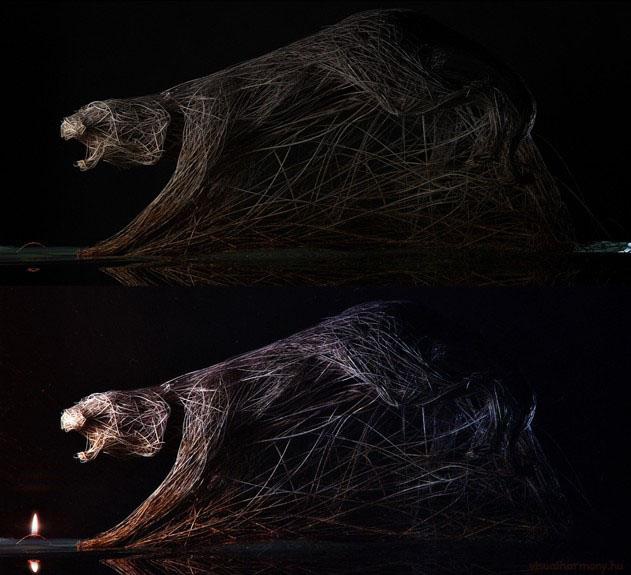 Pay heed next time you hear a pro say that render is simply an uncut diamond!

I hope this Making Of was of use to you and that you will be able to employ some of the techniques I used, when creating your very own works of art. 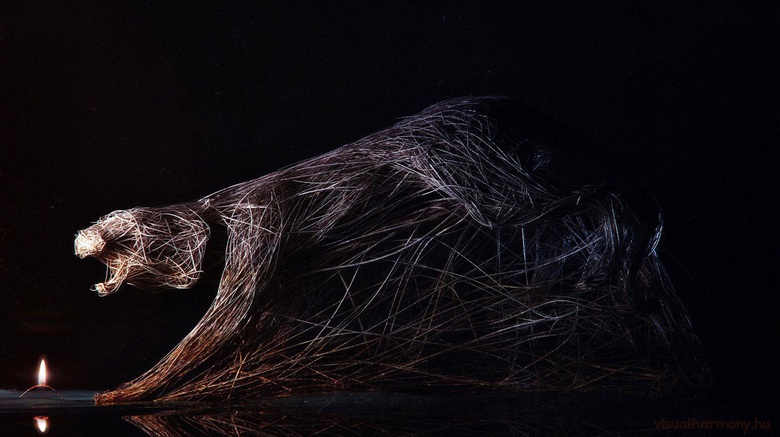