Making Of 'Course of the Young Warrior' 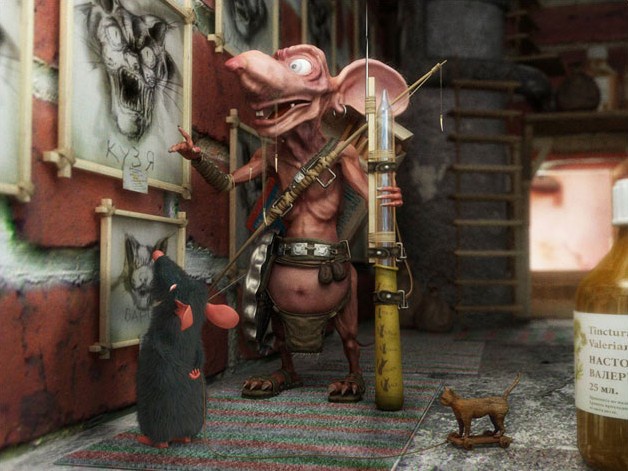 Greetings to All!Â  This project all started when I became interested in several works by artists that participated in the well-known contest, Dominance War III.Â  In short, the idea of this contest helped me to come up with a concept: to think up a story and to create a character with an original artefact and weapon.

Because I was too late to participate in the contest myself, I decided to create something similar but slightly deviating from the very strict rules that the participants were working to.Â  So for the purposes of self-education I decided to develop an unusual, interesting, whilst at the same time laughable, character with even more unusual weapon of choice!

The idea came almost immediately to me after my tomcat got plastered in valerian tincture and began to fight with a toy-mouse.Â  I decided to restore justice, and so the concept of the "old and wise mouse-veteran" was born!

I then began to develop a visual appearance of the veteran, taking into consideration his "real life" and what he could use to defend himself in the eternal and unequal struggle between himself and his enemy: cats.Â  I invented a few details, such as the weapon (an old pipette with a bayonet needle), a shield (the lid of a bottle), bow and arrows (matches) and so on (Fig01). 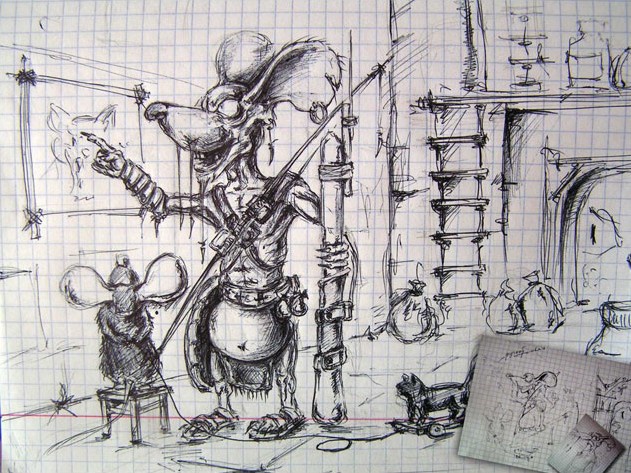 As a base I took an old model of a little mouse which I created for a television spot for the New Year (Fig02a).Â  I mainly used spline modelling for the low-poly model, and as a result of several adjustments I obtained this low-poly (2,500 polygons) model of my veteran (Fig02b). 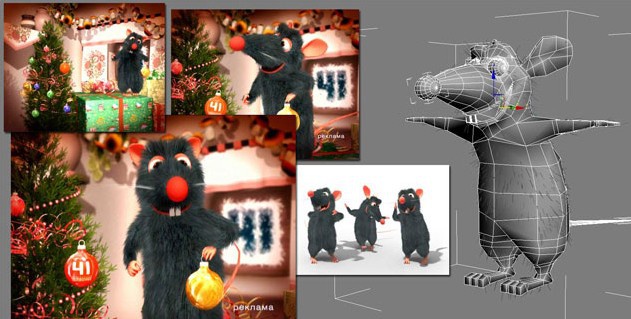 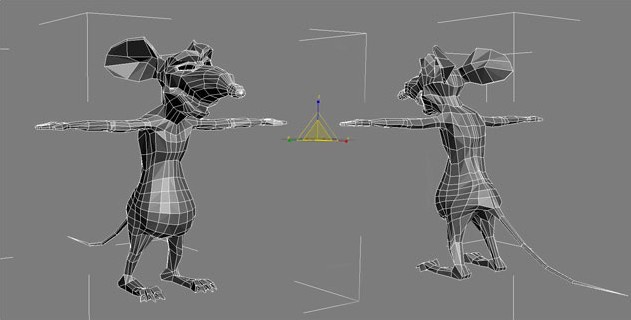 Since I had never worked with unwrapping UVs in earnest before, I started reading through different forums and got myself familiar with different opinions, and as a result I stopped at, in my opinion, a very useful programme called "UV Layout". After studying several tutorials on this, I approximately understood the principle and therefore unwrapped my model.Â  Here is what I got (Fig03). 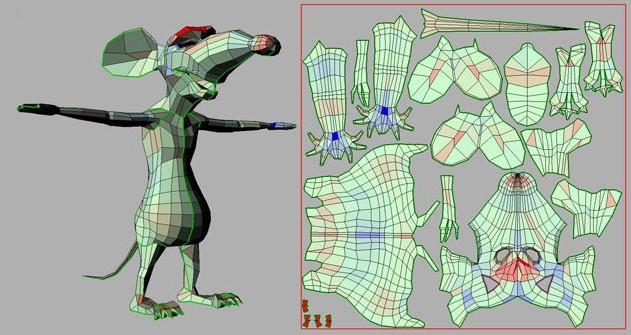 I have no practical experience with complicated unfolding, which is why I perhaps made wrong seams in some places, but this had no special significance because I had proposed to texture with ZBrush anyway. Â But I have to note that, in this case, it should closely follow the absence of polygon overlapping, otherwise the texture may not work well enough.

Working out the Details

I imported my low-poly model into ZBrush and proceeded to detail it.Â  I gradually increased the level of subdivision, trying to work out the details as much as possible, right down to smallest wrinkles and pores.Â
In total there were about 8 million polygons and 7 subdivision levels, which I thought was quite enough (Fig04a - b). 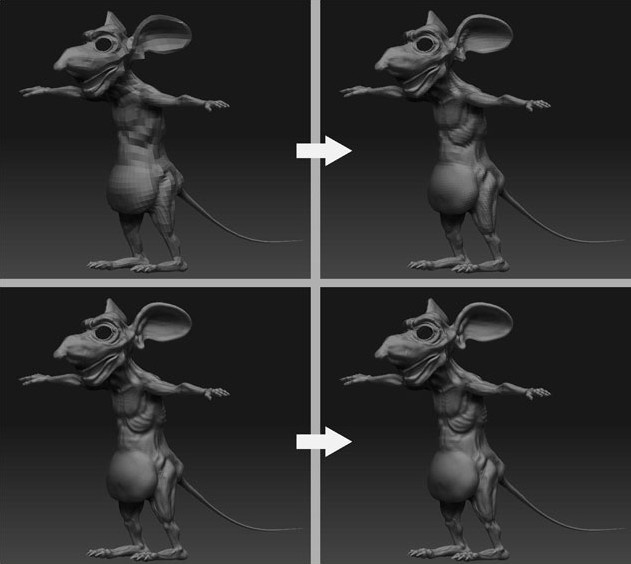 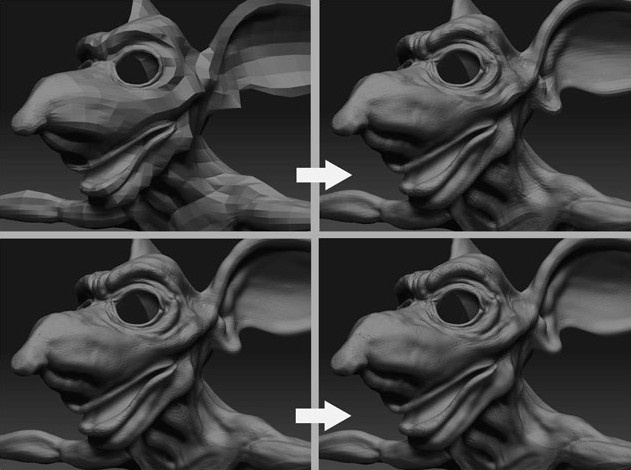 At this stage I started to texture the model with ZBrush. Â It's fully possible to achieve good results using standard brushes and alphas, but using the ZAppLink plug-in the process becomes much faster and the result is even better. 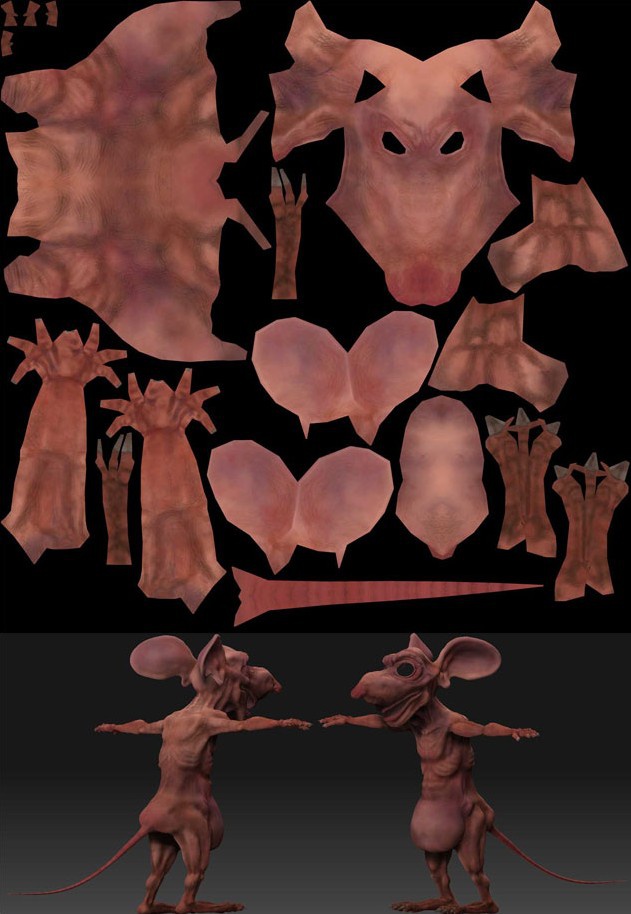 Since I felt I had not investigated enough at this stage, I started to study a few lessons and then started to experiment with the creation of a normal map. Here's what I got: my model with the normal map (Fig06). 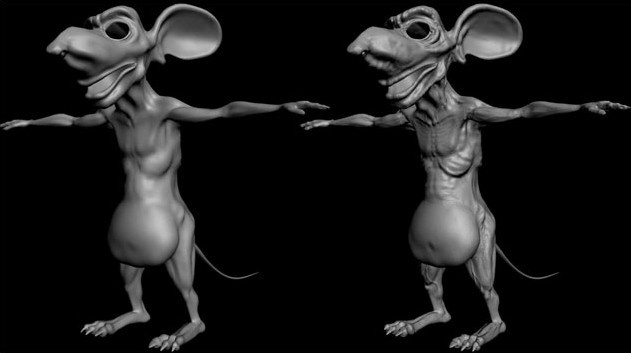 With the model of my veteran ready, I started to look for the most advantageous composition, considering the primary idea which was the "course of the young warrior" (i.e. the veteran instructing and telling his grandson all about his victories in the unequal struggle with cats... but the enemy is not sleeping - the cat is looking into the burrow!). I stopped at this variant (Fig07a). I started working with the lighting a little more at this point, and then found that the result was quite acceptable (Fig07b). 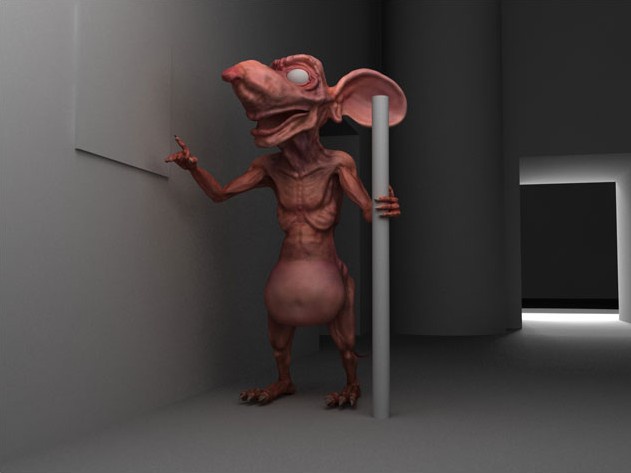 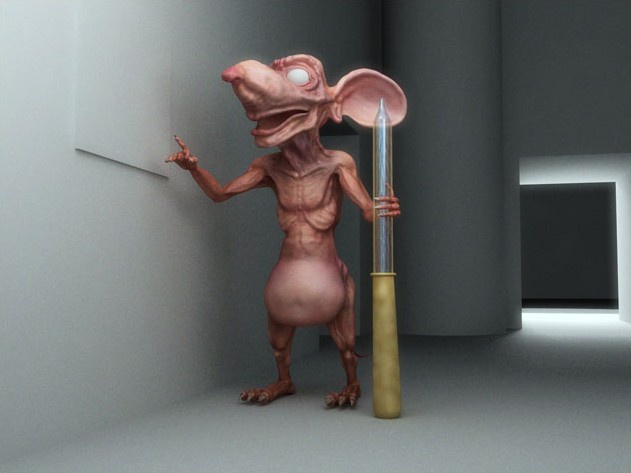 I gradually began to add details of the equipment and objects that the veteran had in his burrow, whilst at the same time thinking about new elements, such as pictures of defeated cats (similar to how pilots once painted the marks of defeated aeroplanes), buckles with the silhouette of a cat, and so on.Â  The consistency of the modelling and texturing was thereabouts the same as in case of the modelling of the veteran (Fig08).

There were about 10 million polygons in the scene, which was far too many and very undesirable, and so I solved the problem very simply: using Vray proxies.

OK, so with the scene almost ready, I added a little bit of depth of field for that Macro feeling, which I think was appropriate in this case. Â And then clicked "Render"!

As a final touch I made a slight colour correction adjustment to the image, and then the "Course of the Young Warrior" was ready.

I hope that you like this work, and I also hope I have been able to cheer up your mood with this piece.Â  Thanks for your attention!