Usually I start working by experimenting with the idea in different forms, lines and colors until I decide how the image should be. Obviously while working on the painting, the image is transforming and the final one might be very different from the original. In this case everything started from a photo of Sorrento which was sent to me by a friend (Fig.01). 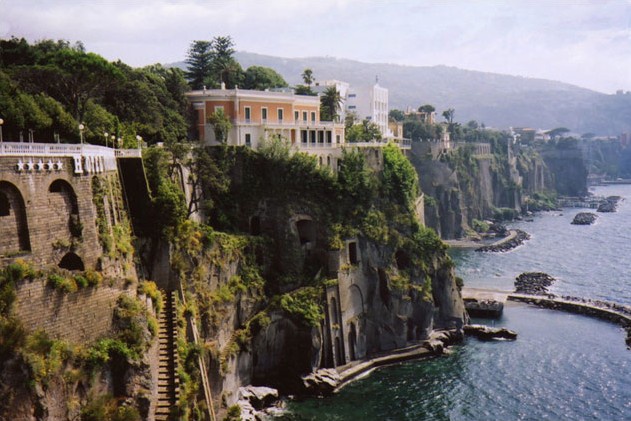 While using this picture as a starting point, I enlarged the canvas around it, resulting in an image that was twice the initial size. My idea was to create an old fantasy image of an ocean coast city that is basking in the colors of the sunset. Using quick strokes I tried to get a feel for the main shapes of the city and after few hours of work I came up with the result I was striving for (Fig.02).

In images like this, most of the times I draw the sky firstbecause I think this is very important for the entire painting. I think that the sky sets the mood of the composition, so using the Gradient tool I laid the foundation for it and afterwards used the Soft brush to start to paint the clouds. To make them look more realistic I used real life photos, some my own, some from the internet image stocks. I took different pictures for clouds and I made changes, experimenting and transforming them using Layer Mode until I was satisfied with the result (Fig.03). 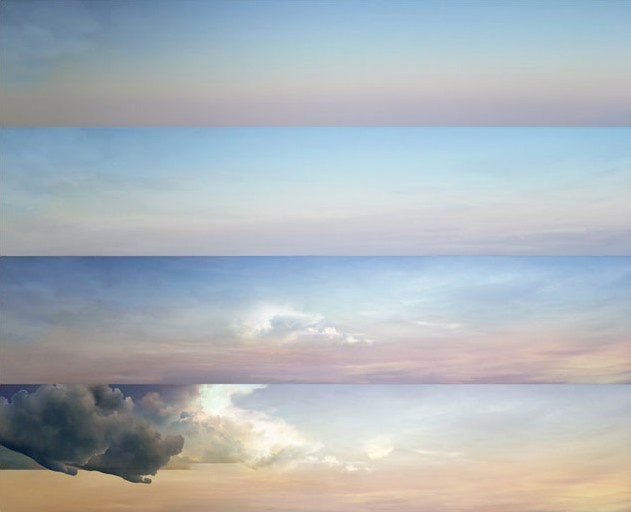 Getting to the main part, I brought the sky over to the main file and started looking for good references that I could use for the rest of the picture. This is the most monotonous, yet very important, part of work. I looked through over a thousand pictures both in my archive and on the internet. I picked several of them, knowing very well that though some would be useful in the work, many might not be. When I am picking out photo references I pay attention to the lighting and texture of the picture and it is not often that I can find ideal ones. I consider that it is better to use photos that don't have a defined border between shadows and light. I also try to make sure that the resolution for the fragments that I use is similar so the difference between textures is not obvious (Fig.04 - Fig.05).

While looking for photo references I also started working in ZBrush, creatingbuildings for my matte painting. You might think that it is an odd choice of program for that and you would be right. However I've seen many tutorials for creating buildings in this program and the results were amazing. So as well as helping me with this project, I was also able to learn new techniques during the creation process. I won't be writing about the specifics of working with ZBrush as I don't yet have enough experience, but to put it briefly the buildings were created from the simplest objects, while detailing was done using Alpha brushes that I created in Photoshop (Fig.06). 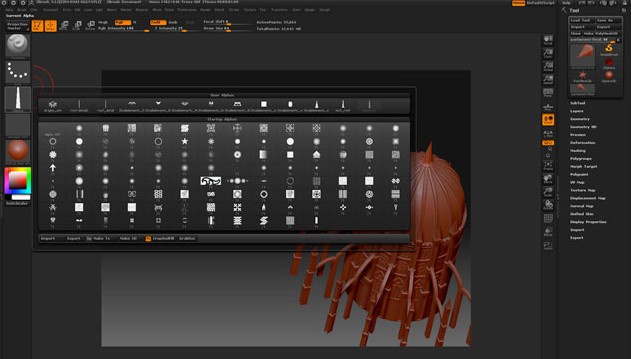 I added windows to my buildings as well as several architectural elements from the right pictures. To me, a city on the ocean's coast should include the effect that time, salt, water and wind leaves on its ancient walls. But it was important to pick textures that would not overdo the effect or lose the details (Fig.08).

To achieve the desired colors I used adjustment layers, which were very convenient as I could later do some extra editing to correct needed details. After this, I finished doing the textures on the buildings, although I returned to them to fix any mistakes or anything else that did not work for the painting. At that point I decided to flip the picture horizontally (Fig.09). 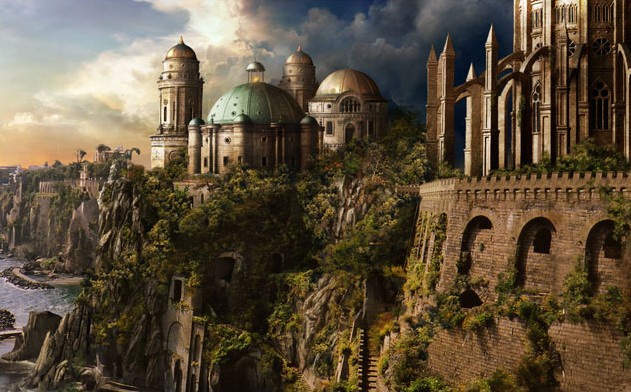 The seawas the next element to be created in my picture. I used my brushes to draw the waves and during the process I used parts of photos to give them a more realistic look. This involved working on the edges of the pictures to make the image flow and was done using the eraser with soft edges to create the aforementioned transitions. Another important factor was adjusting the colors to make them less vivid with added distance. Changing the layering mode to Adjustment I also played around with the layer transparency for a better outlook.

In order to balance the composition, cliffs were created in the left part of the painting. I tried adding some growth to make them look more natural, but unfortunately they still didn't look quite realistic enough. In my original idea the painting was meant to have an airship in it, something similar to a hot air balloon. This airship would have been tied to the cliffs and would have added mystery to my image. In the end I decided against it as this would have drawn attention away from the city. Instead I added caves to the cliffs, which gave me the desired effect. I created the caves by zooming in on the chosen parts and then using masks to better separate the light and shadow where needed. In the far back you can see mountains that were created using similar methods (Fig.10).

The background is a very important part of any image; it adds depth and realism to the entire painting. At this stage detailing was not important and it takes second place to color saturation and the sharpness of image. I had a very clear idea about what I wanted to see in the background and therefore finding image references did not take long. The result was a combination of several layers of mountains and jungles. Using small diameter brushes and a stamp instrument, I created the cliff parts. I used masks and Adjustment layers to soften the image borders (Fig.11).

Here is where I gave more depth to the city and the hills in the background by using the Gaussian Blur Filter and Fill and Adjustment layers. The foliage and the cliffs at the front of the image were created using parts of photos I found on the internet. All I had to do was darken and lighten the appropriate parts (Fig.12).

The painting was almost finished at this point and I thought it would be a good idea to connect the cliffs in the foreground with the beach. I modeled the bridge using the Google SketchUp program, which is good for quickly modeling of simple objects. Minor details were left including the ocean spray and foam near the shore at the bottom of the cliffs. Using a Soft brush in a new layer I also added fog to the foreground and background (Fig.13 - 14).Â 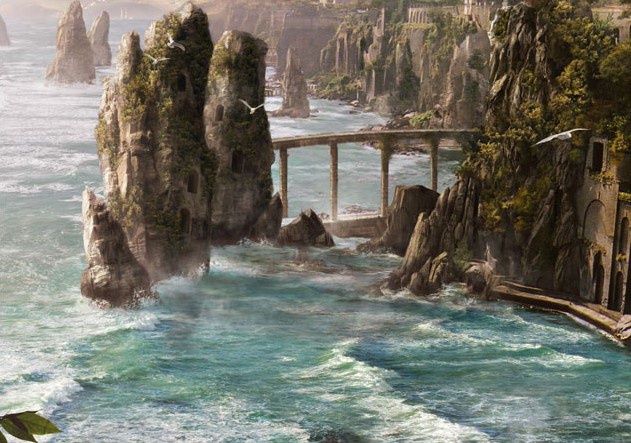 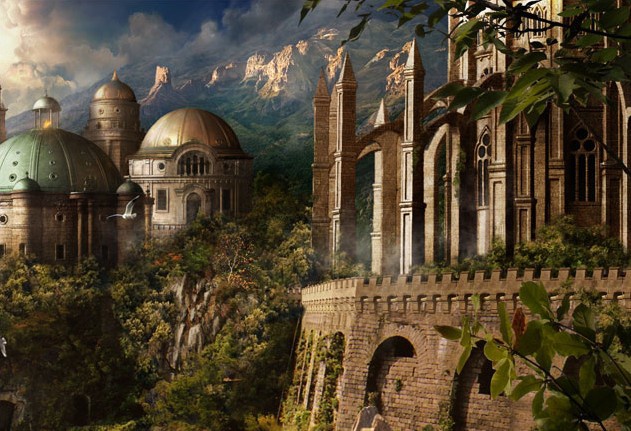 In order to add a glow effect to the painting I used the simplest method: a new layer was created and filled with black, after which a lens flare effect was added and the layer was changed to screen to give a bit more light. I added some seagulls circlingÂ above the water and the painting was finished. Â

Thanks for reading through this Making Of - I hope that you will find it useful in your future creations.