Hi, my name is Daniele Orsetti and I'm a freelance modeller living in Italy right now. The idea for this character came up when I was reviewing the pictures I took a year ago in Tokyo. I always had dinner in amazing places when I was there, and that really caught my attention was a "Kaiten-zushi" restaurant (the ones with plates of sushi travelling around on a conveyor belt) in a traffic-heavy street. I started to think about what kind of chef could work in that place, remembering that they're often kind and smiley, but that sometimes they have an angry and intimidating look... what is he hiding?

I started to search for some reference material on the Internet (pretty easy, the web is full of sushi fans), and of course I also took inspiration from the pictures I'd taken of the restaurant (Fig.01). 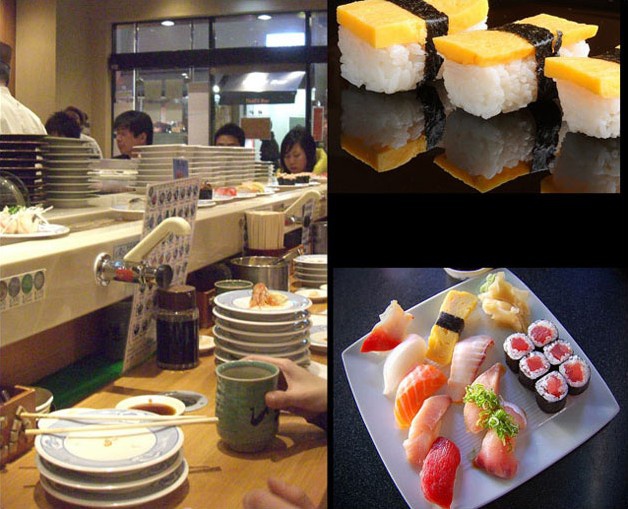 For the chef character, I really wanted to create a link between him and his work/environment. After some sketches I came up with the idea of starting from a piece of tamago sushi, simply sliding the omelette and the seaweed up the rice and rotating the piece by 90 degrees to create his head. I then sketched out his outfit, leaving him in his underwear, thinking that he really doesn't care about trousers, because he's always hidden by conveyor belt (Fig.02). 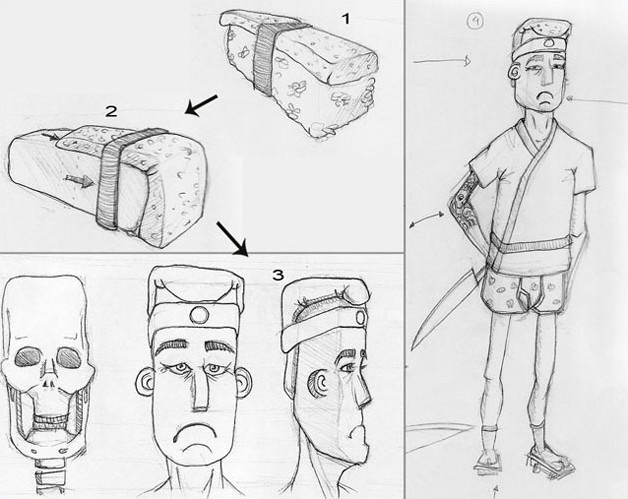 I decided to model this character without any image planes. I really wanted to follow the inspiration of the moment, using my sketches only as a starting point to understand his personality.

I started to model the head directly in ZBrush, from a sphere polymesh and, very quickly, I tried to work out some major volumes. I always like to sculpt meshes with correct edge loops, so I drew my topology on the rough model with the polypainting tools and retopologized the mesh before detailing it (Fig.03).

I then imported the topologized mesh into Maya to create the UV's (I know, usually these processes are done at the end of modelling and detailing, but I like to get all of the technical stuff done as quickly as possible so that I can have more fun later!), and added eyes, hair, and the headband (Fig.04). 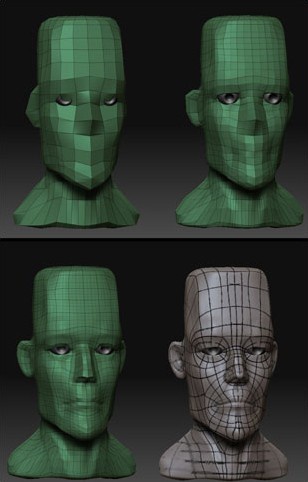 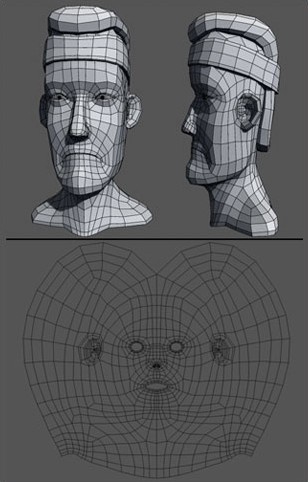 I finally started to sculpt all the meshes together in ZBrush, trying to get the most I could from every subdivision layer before adding another one. During the sculpt I also created a number of facial expressions, exploring some possibilities for his final pose. Every expression was stored on a layer, so I could easily jump from one to another, or neutralise him again, without losing anything (Fig.05). 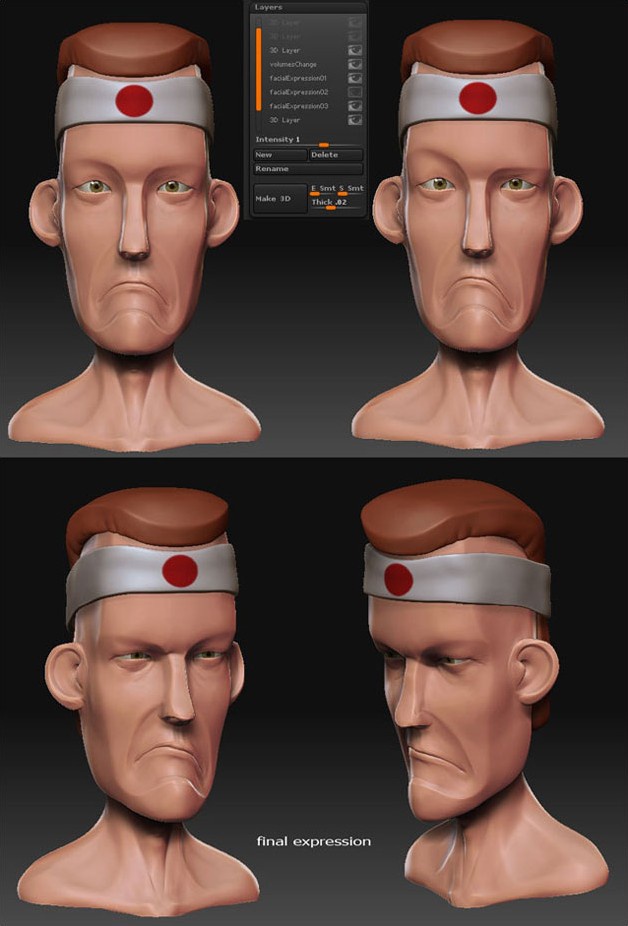 The process for the body was pretty much the same; first I blocked a base mesh inside Maya, and then imported everything into ZBrush for sculpting. I also sculpted his legs, not yet knowing his pose and position in the final render (Fig.06 & Fig.07). 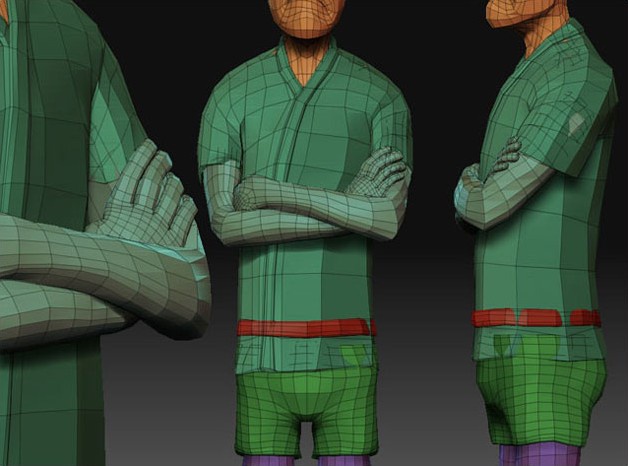 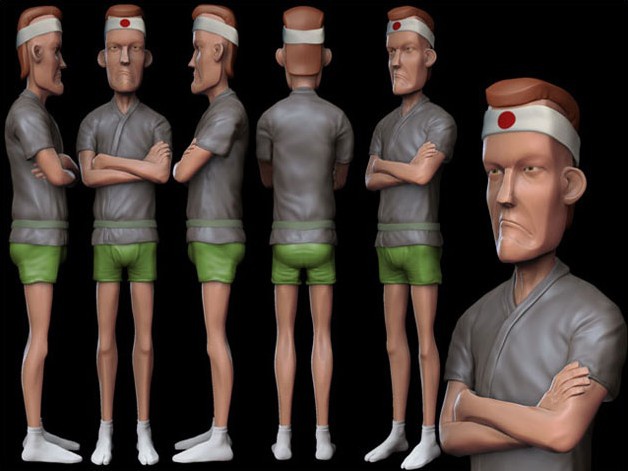 The environment didn't need any advanced sculpting; I simply modeled everything in Maya. I tried to recreate some objects from the restaurant in Tokyo, just to keep a link between the cartoon world I was creating and my memories (Fig.08). 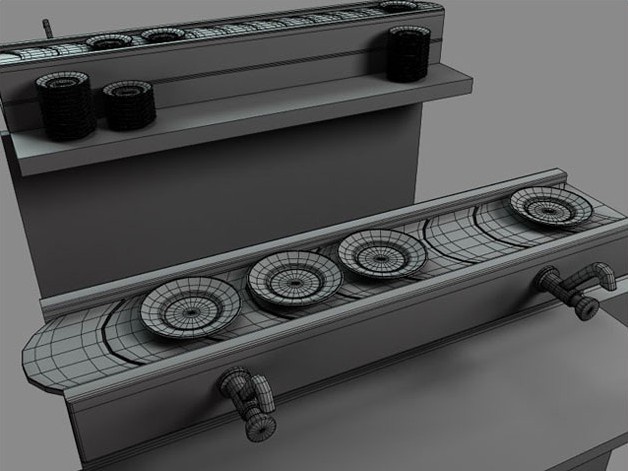 For the sushi food, I used some previous models I had prepared for an older job, since they were only in the background and I didn't want to spend too much time on them (Fig.09). 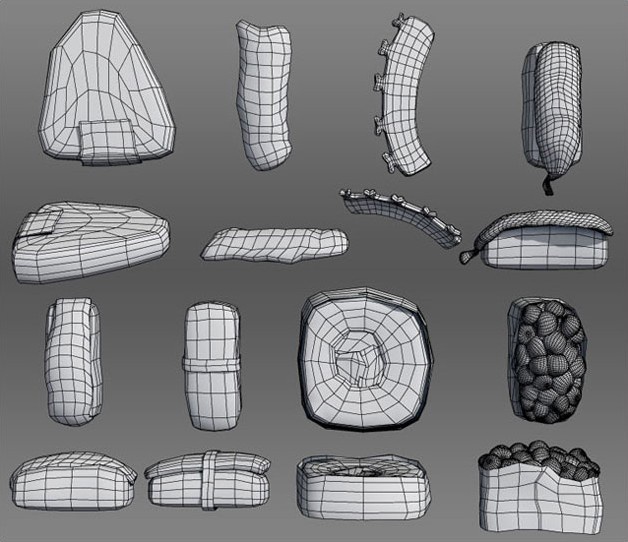 All of the texturing was done in ZBrush with polypainting, except for an occlusion pass, generated with mental ray in Maya. I used the mental ray mia materials and fast skin sss shader with the textures exported from ZBrush (Fig.10 & Fig.11).

The light setup is pretty simple. I used mental ray area light (One key light on the top right, and then two rim lights and a fill), and I rendered all the passes in mental ray, with final gather and image based lighting activated for the reflections only (Fig.12). 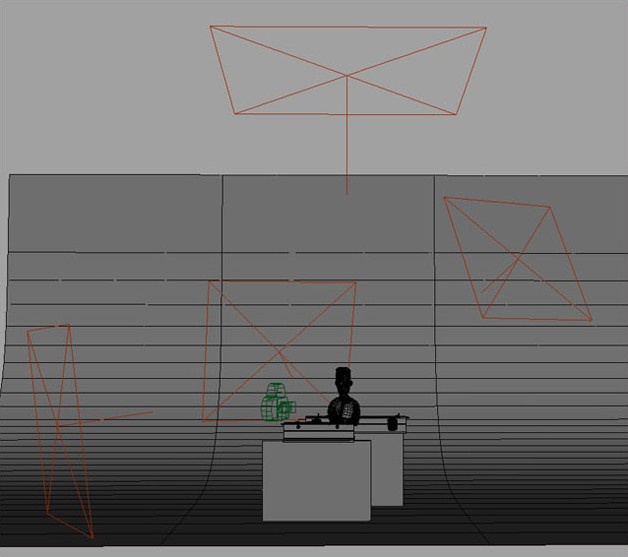 I finally imported all the passes (lights separated, diffuse, reflection, occlusion, zdepth, and separated alphas for each object) into Photoshop, for further refinement and a little painting (Fig.13).

That's all for this piece. I named it "Zabuza" (that means "he who never cut a thing twice") as I think it's a good link to his fish cutting ability and also hints at something else (Is he a killer? Does he use this restaurant for his Yakuza affairs? Who knows ...?)

I hope you enjoyed this "Making Of". Thanks to everyone who helped me with this character, thanks to 3dTotal for this opportunity and, of course, thanks to all of the readers!