Making Of 'Breath On Your Neck' 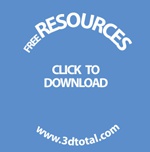 I don't know about you, but when I begin a painting there are usually two ways the idea arrives in my noggin: either it's a happy discovery  while making random marks on the canvas, or it's something that came to me while I was out and about living in "the real world".

Like how at the movies watching a comedy I get the idea to paint flowers and robots, or while I'm in the shower scrubbing shampoo off my head I envision a captive mermaid screaming at heaven ... You can never really be sure where you'll get your inspiration, but when it does come, hold onto it like a lifeline! It can be the fuel to your flame on those days when picking up the pencil seems like a journey.

In the case of this piece, I initially really didn't know where I was going until I passed by a blind man on the street who seemed perfectly capable of his surroundings. The moment granted me a solid visual to my idea. After that it was all cheddar cheese easy ... Well, not quite, but at least I felt a little more confident with where I was heading!

I began this piece mundanely enough by using the default scattered Maple Leaves brush, with settings of:

Then it was all about making some marks on the canvas! I first of all filled the canvas with a dark blue, since I was going to make my character an orangey hue. Utilizing color complementaries will help make your piece pop, and as long as it's done subtly it won't come off as tacky or crass (Fig.01).

I very quickly established the general lighting and texture for the background; I also started to bring in varying greens and oranges on top of the blue (all on the same background layer) (Fig.02) - keeping things rather subtle, spending little time on it, and letting it all flow freely.

On a new layer I started to pose the character and the lighting. He was looking like Mr. Smoke here - interesting, but not what I wanted (Fig.03). At this stage I was thinking: What the hell am I going for here? Is it a guy looking at something in his hand? Is this a confused ape? Or a bald ferret the size of a man?! So I decided to take a walk, clear my head, and that's when I came across the blind man in the street and - pop! - things fell into place enough for me to head back to the canvas.

Here I started solidifying; better defining where the lighting was coming from - the top-right corner in this case, with a slight bluish accent on his back (Fig.04).

For now, the focus is on subtracting and adding to the shape of the character, keeping the flow in the gesture while not making it overly exaggerated and cartoony; I want to keep this piece somber. To me, lighting, gesture and silhouette are the aspects I must focus on and struggle with in a painting. I feel that if the lighting is convincing you can make anything come to life! If the gesture is convincing, any shape can be interesting, and if the silhouette captures your imagination then the piece will be remembered long after.

At this point I noticed that whatever he had in his hand was starting to look a lot like a potential infant skull, which I thought was gross, but intriguing ... (Fig.05) And then I decided to make it a bestial skull instead (yeah, I chickened out!).

I continued nailing down the shapes. It's easy to get carried away, especially when you are 300% zoomed in and think, "Ooh that eye looks so nice", or, "Those lips - how plump!" But then you zoom out only to realize everything has a separate light source. So stay broad and not pinned down!

The canvas was flipped to get a fresh perspective (Fig.06).

I then added a little character holding onto the skull, since I felt the piece was lacking something like this. I could then start deciding on the details and where to place them; like the tattoos on his face, or the way his ear is shaped, and what's dangling out of his hair. This is usually where the painting comes to a crawl, and also where the painting enters its ugly stage, so I just had to accept that for the next little while, I wasn't going to like what I was seeing and kept reminding myself of the overall vision at the end, which (I prayed) would be more pleasant (Fig.07).

Continuing to refine, I was pretty much ready to start adding textures to the skin, and blending the transitions. The brush - which I am giving away for free with this article, simply click on the Free Resources logo to download it - was just a simple speckled brush. I applied it first using darks, then I subtracted from it with lights; this way it melded and blended into itself (Fig.08). This process required some patience, so I always advise some music or an audio book handy at this stage!

Okay, so it took about twice as long to get from Fig.07 to 08 as it did to get from Fig.01 to 07, but I was finally starting to like what I saw here, and could at last stop squinting so much! I shifted things around slightly, lightened aspects, trying my best to balance the lighting and allow for a realistic sense of fantasy. I also flipped it again - I like it more facing this way (Fig.09). Just a gut thing!

I pumped up the contrast by pushing the blacks and lightening the focal points. I also saturated the areas that weren't in direct light or totally veiled in shadow by creating a layer above the whole piece, setting the layer blending to mode to Overlay and painting in the colors I wanted.

Truth be told, the process of creation is the most enjoyable bit for me; the results in comparison are usually pretty anticlimactic. Taking a look at this piece for instance: I am pleased with the final render but at the same time not too certain that this was exactly what I was searching for. I feel that, as strong as the lighting is, it could have still been better refined and the character's shoulder anatomy could also be revisited.

Alas, this is usually the case when it comes to my work; I can't help but analyze it every time I return to it. While I'm sure this sounds pretty frustrating, in the end every artist is their own worst critic, and ultimately it's this mentality that demands more from me and challenges my expectations, which in turn spurs me to strive for better, so the fact doesn't really annoy me! In the end, the gratification of another project complete is still there, and that's a fuzzy feeling for sure.

I hope you have enjoyed this article. If you have any questions please feel free to get in touch. Cheers!