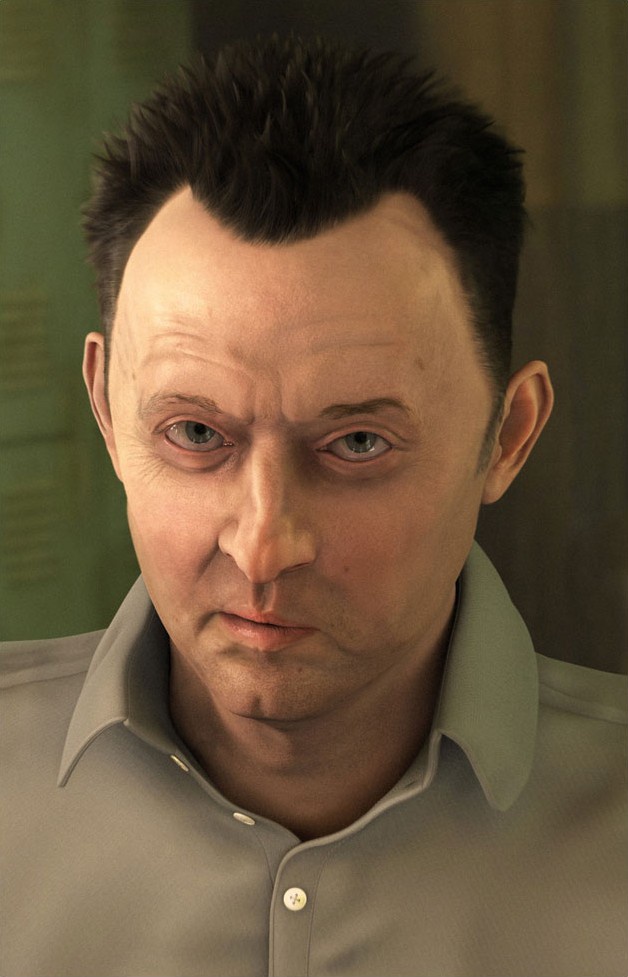 Hi, my name is Eder Carfagnini, from Italy, and I am very glad to share this "Making Of" with you (thanks to 3D Total for this opportunity). The purpose of this project was to create a portrait of a real man, to test my skills. The likeness was my main goal. First of all, I decided the subject of the portrait. I wanted a person with peculiar physical features and, in the end, I chose Benjamin Linus, my favorite character on Lost, played by Michael Emerson. The reference images on the internet were small and few (Fig.01), but I was determined to realize this character. 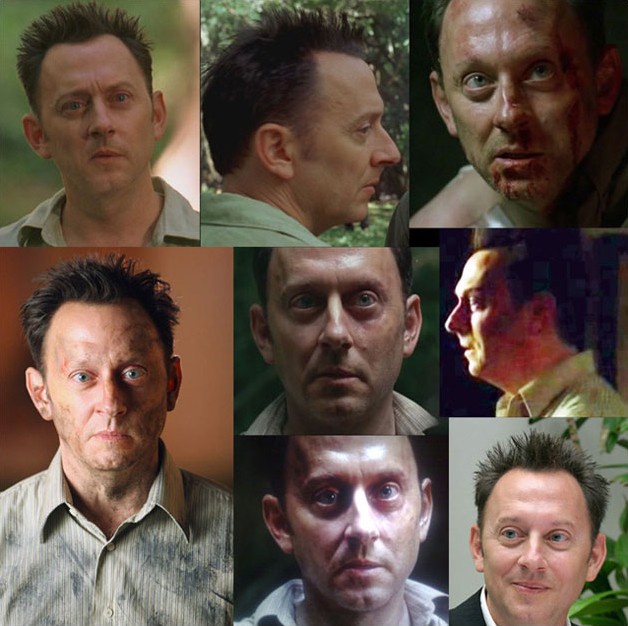 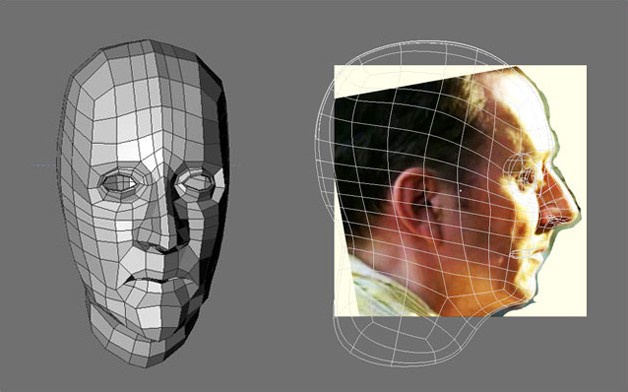 I then imported the base mesh into ZBrush and I sculptured and painted it (Fig.03). 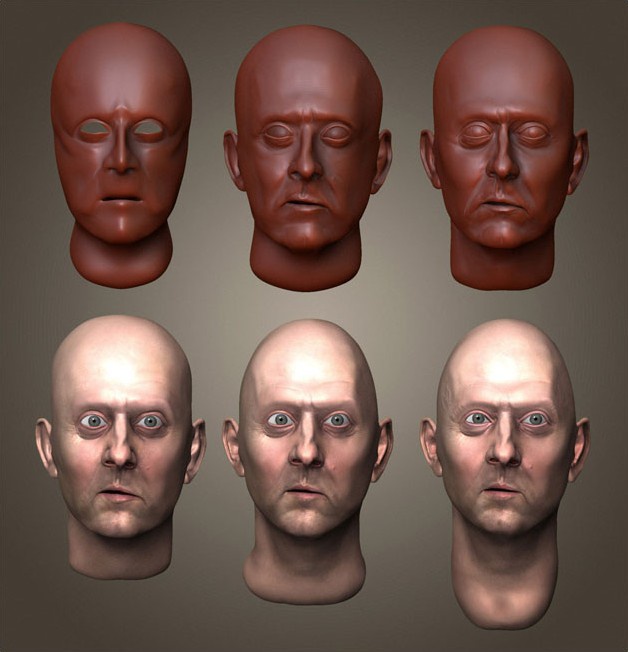 After that, I exported the sculpted model, a color map and a displacement map, and I imported the .obj file into Cinema 4D, with a high (but not highest) level of subdivision. For the skin I used an Oren-Nayar material, I put it in the color and displacement channels and then exported the map from ZBrush, and selected the SSS effect for the luminance channel. Next, I modified some details of head model with the brush tool (Fig.04) and I modeled the eyes (Fig.05), the shirt and its buttons and seams (Fig.06). 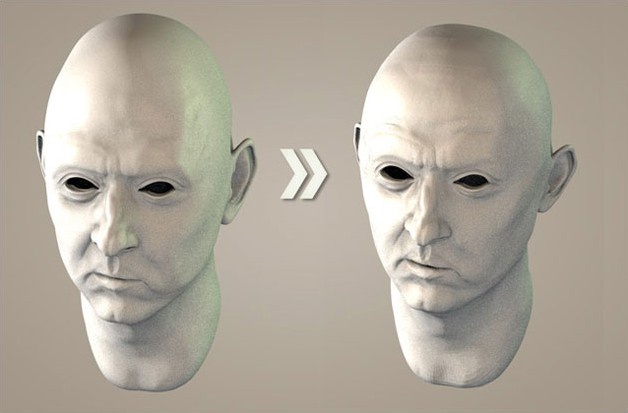 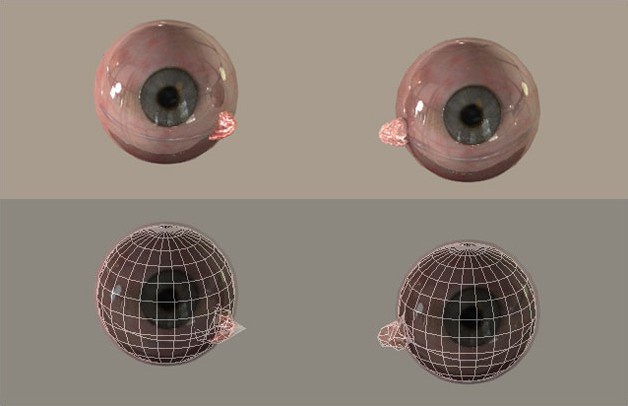 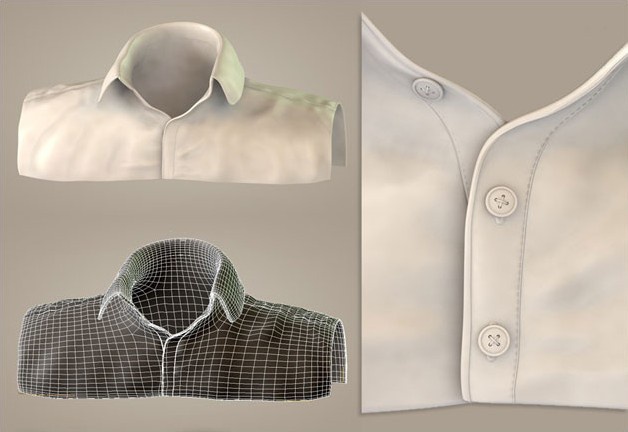 First, I created eyebrows and eyelashes with Hair Module (Fig.07). That was easy, but the hairstyle was a nightmare! It was my first test with human hair and I spent a lot of time trying to decide how to proceed. Finally, I opted for four groups of hair (Fig.08) with different parameters (Fig.09). 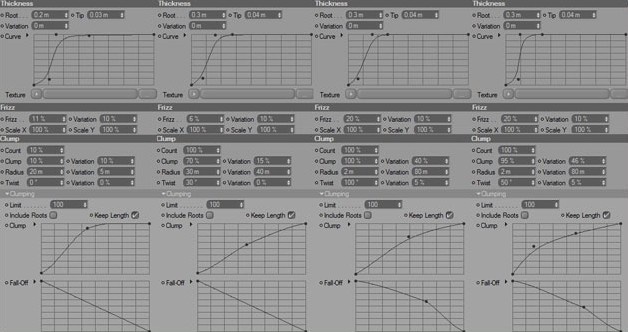 I used a sky object, with HDRI, and a floor, both invisible to the camera, but useful for the Global Illumination and reflections. I also used a background object, with a blurred image (Fig.10) for the visible environment. 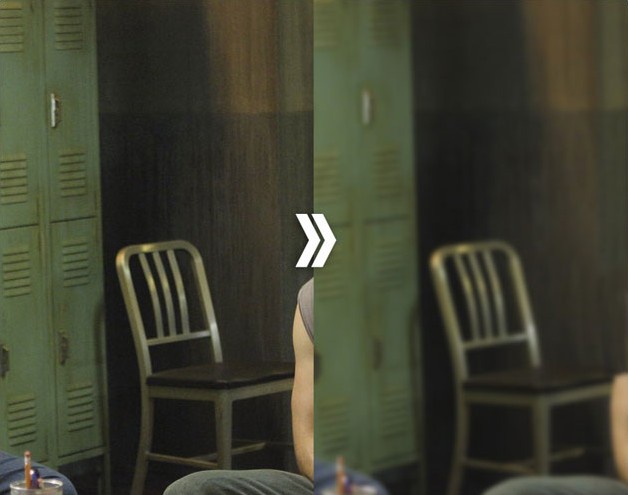 I used three omni lights: two frontal, white and orange and one rear, green (Fig.11). I also had to add a small set of lights only for the hair, because the Global Illumination had no effect on it. 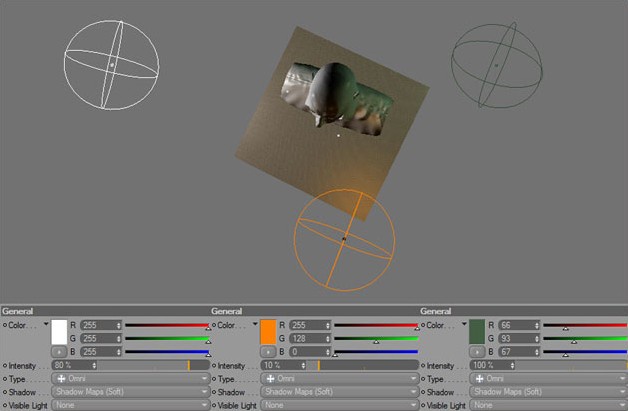 I used a very slight Ambient Occlusion and the Global Illumination on Sky Sampler Mode (Fig.12).I rendered the image with separated passes (Fig.13) and I imported into Photoshop and modified them. 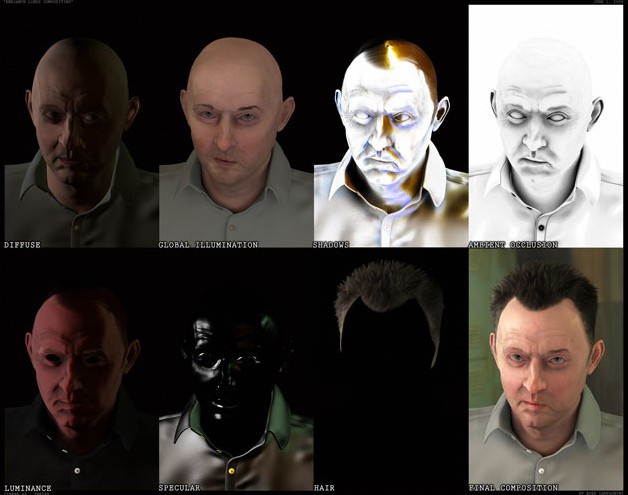 Next I adjusted levels, curves, brightness and contrast (Fig.14) and I retouched some of the details. 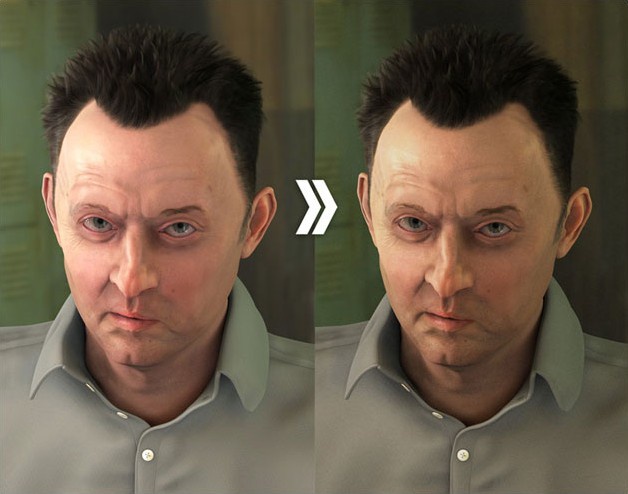 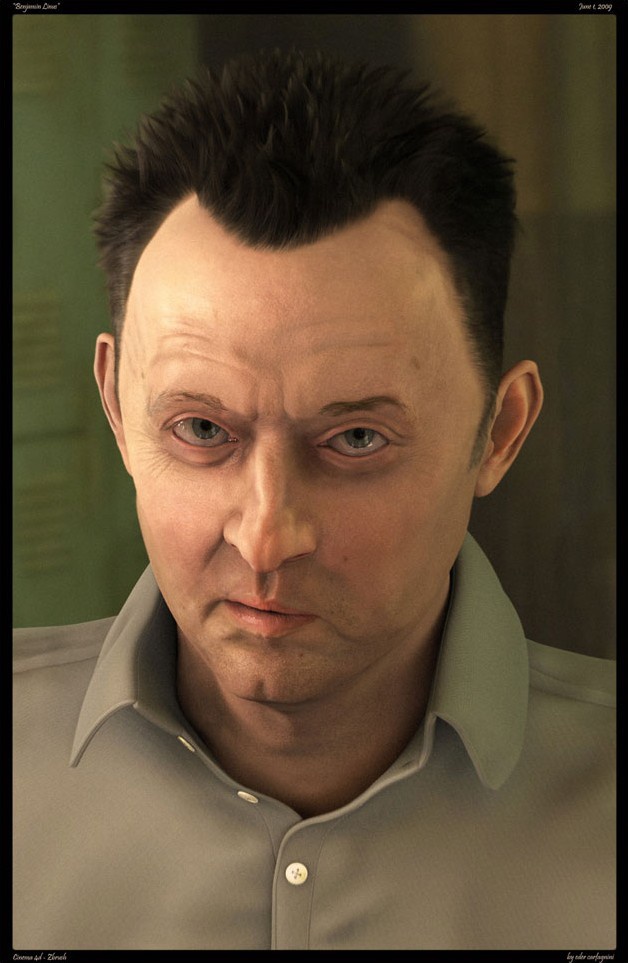 I hope you've enjoyed this "Making Of". Thanks for reading!