My little tutorial covers the texturing process of my backyard scene.
Of course I will not deal with everything - no one would read the whole story :)
Most of the textures were taken from the 3D TotalTexture CDs. The plants are my own textures though that would be a good idea for a new 3D Total Texture CD ;) 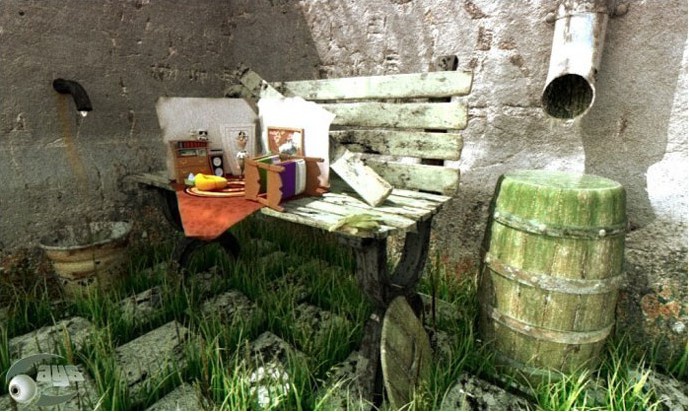 Let's start with the barrel full of water:
I applied a color-map and the corresponding bump-map for the metal and wood. As the barrel is supposed to look very old, I added moss and alga with a simple procedural texture and one of the dirt-masks for blending (in Lightwave the dirt-mask has to be above the moss-layer with the belnding mode set to "alpha"). 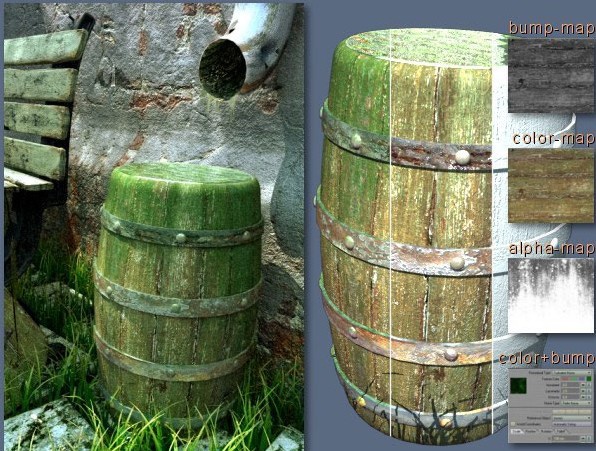 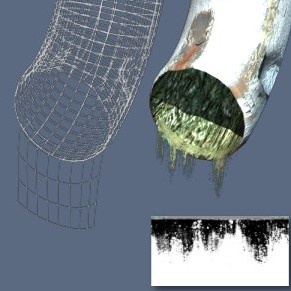 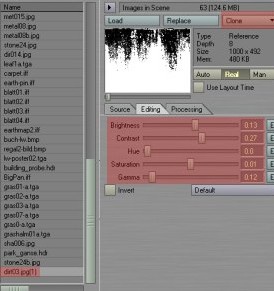 Continuing with the downspout...

To assign a texture map to the pipe I modelled a simple tube and created a sperical UV-map.
After that I bended the lower part.
That's much easyer than assigning a UV-map to a bent pipe. So sometimes it's quite comfortable to assign UV-maps before the model is done.

The outer surface is a rusty metal texture with bump and specular map while the inner material is a bark-texture.
Of course there's no wood inside of the pipe but that texture could also be used for this kind of dirt.
In reality the dirt doesn't stop at the end of the spout. Therefore some dirt hanging down the from it is necessary.
Many people would not think of it but those details are vital for natural scenes.
To clip the dirt I used the same dirt-mask I already used on the moss. There are many dirt-masks on the Total Texture CDs but I wanted to show a handy little feature in Lightwave.

It is possible to clone images and edit each individual clone in Lightwave. You can create many varieties of one texture and save much memory. If one texture in many different colors is needed just clone and edit it or assign various shaders.
Here I increased the contrast of the map to achieve a sharper clipping without affecting the texture file.

As for the walls...
A simple mesh with many textures: The base texture is a brick map. The bump maps on the TotalTexture CDs are not just grayscale versions of the the color-maps. A color map in the bump-channel often looks wrong!
Again it's the same mix of color-, bump- and alpha-maps like before.
This time I did not only use the dirt-masks for clipping but also in the bump-channel (figures 3 and 4) because the plaster
has a certain strengh you can see at the border of the holes.
Finally one moss-layer running up the wall restricted by another dirt-mask. 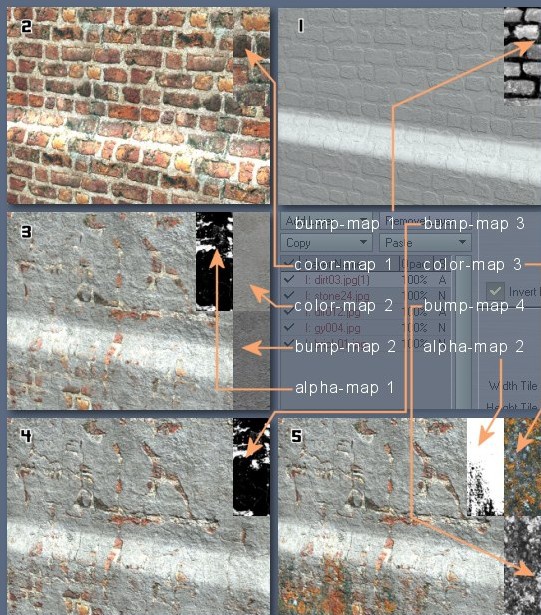 Now, the plants...
You won't find plants on the TotalTexture CDs but it's an important part of the scene.
I searched the web and found many nice images of grass and plants. In winter (I'm writing this in december) it's hard to take photos of green plants, you see. ;)
That was the simple part.
Unfortunately they had no alpha maps so that was my job.

About shadow maps...
With shadow maps you can fake shadows without the object that would cast them.
In lightwave you can assign projection images to spot lights. In other packagit will work as well, of course.
It's easy to use but there is one disadvantage:
You may see pixels if the camera gets to close to an object where the shadow is cast on.
A blur filter solves the problem because it's independent of the texture resolution. 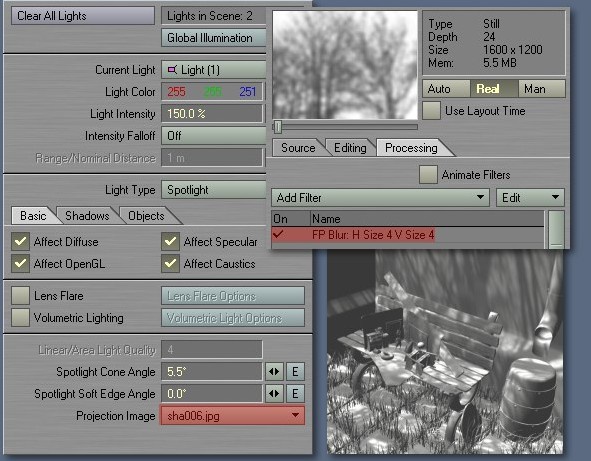 Well, it would not have been that easy without these great textures.
I can really recommend the TotalTexture CDs without a doubt. Great quality for a reasonable price.
Buy Buy Buy !!!

Thank you for reading and have fun!