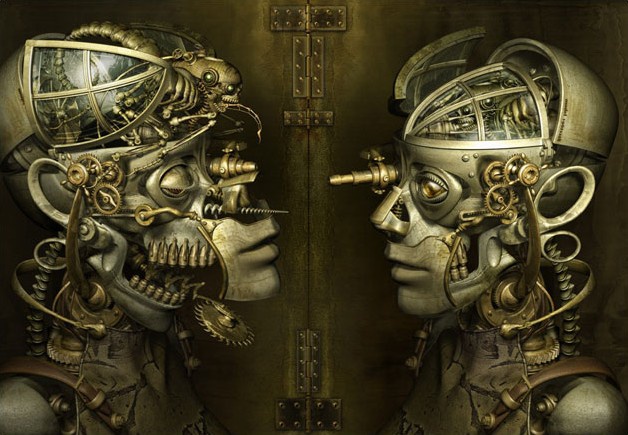 The idea of "Automaton" was born from the unique corporal images from anatomy models, crash test dummies, and mechanical dolls. I became deeply interested in the variable structure and antique mechanism of these bodies. Then, I hoped to add the pleasure of this variableness to the character I designed. In order to represent surreal images of stillness and motion symbolically, I produced the countenances before and after a change, in a symmetric composition, as if they were mirror images.

"Shade" was used for modeling. Most of the model configurations were produced with spline curves, and rendering was carried out with "Callist" employed by Shade. I first produced each part, including the skull, eyes, nose, and mechanical parts, and assembled them in a balanced manner. In particular, rotation joints were incorporated into the eyelids, nose, head frame, and jaw, so that the countenance of the character can be freely changed later. 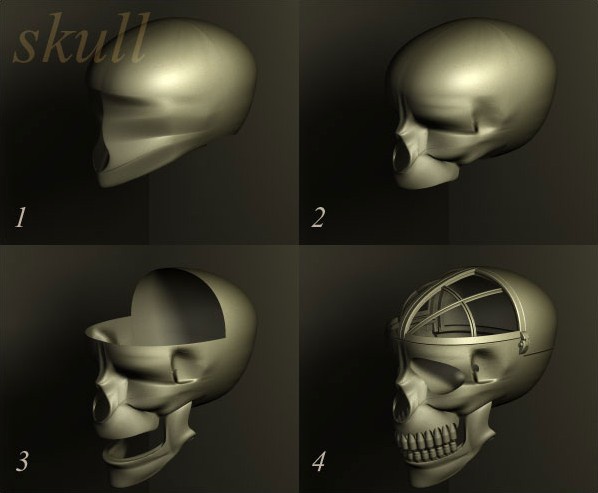 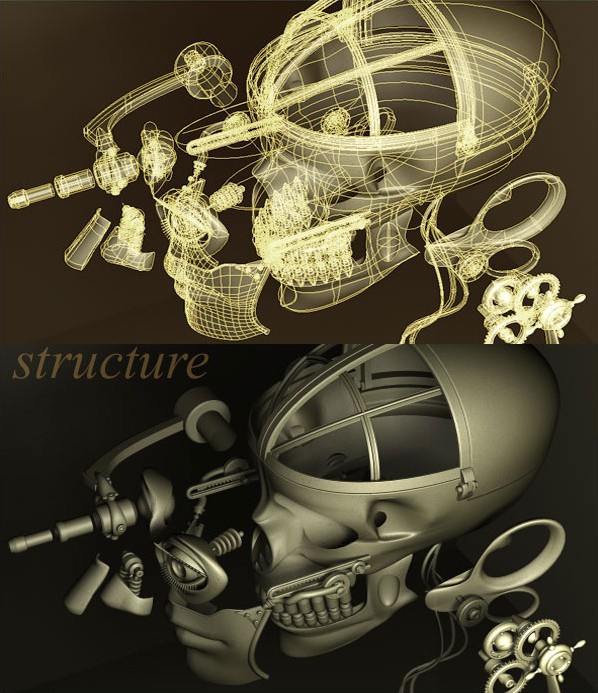 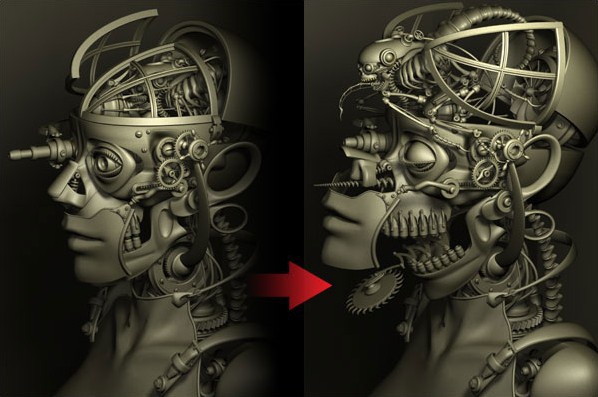 I wanted to add mechanical textures of antique machines and armors, etc. to the skin of the character, and pursued an atmosphere like the combined machine tools and aged mannequins one might find in a corner of an antique shop. As for the material for mapping, texture images were selected and used from "Total Textures CD" (v1, v2, and v5). The contents of the Total Textures CD were all amazing, and so I wondered which image to use. I was able to obtain the texture as I imagined, by combining several texture images and adjusting colors and color density.. 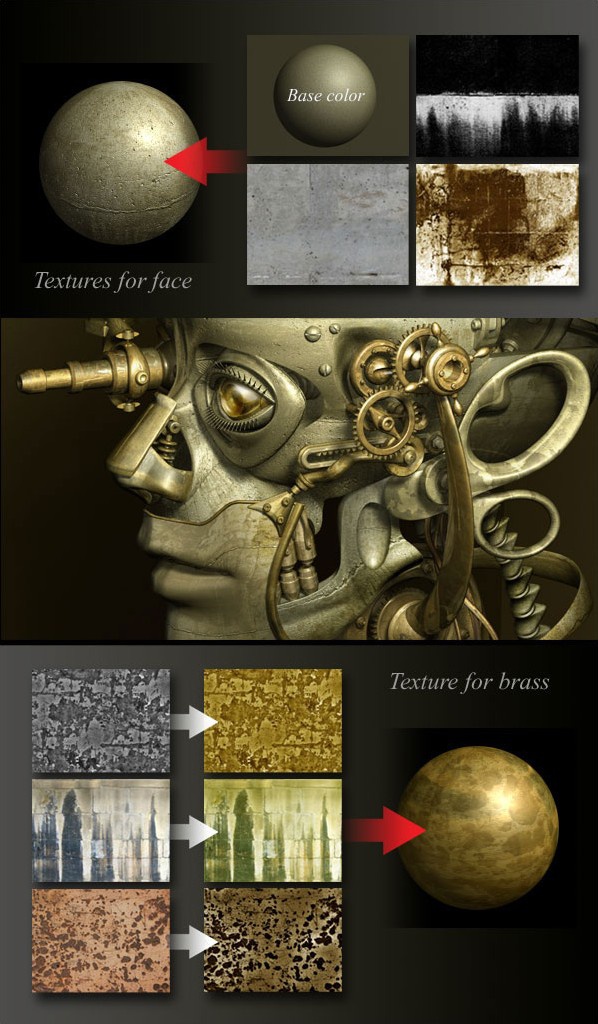 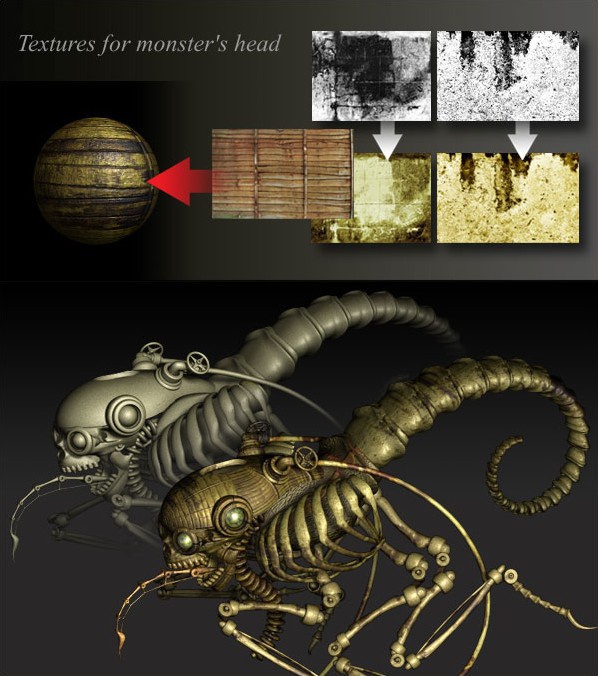 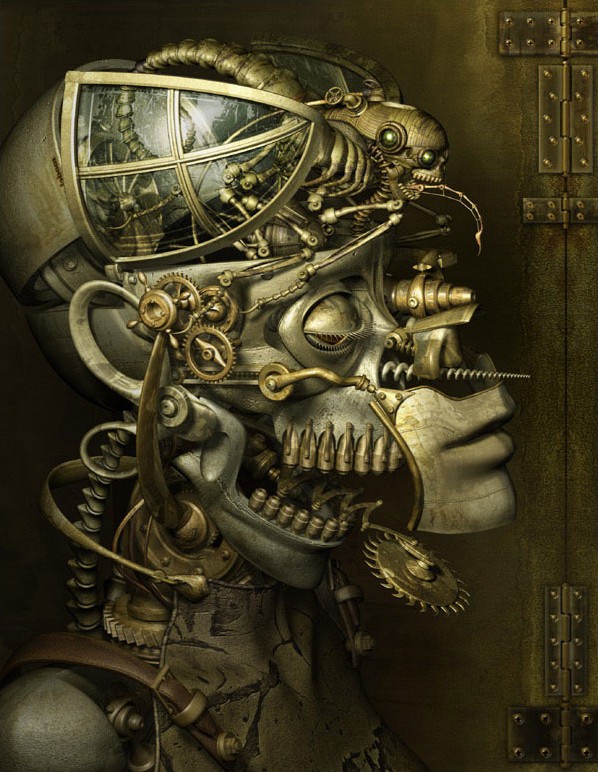 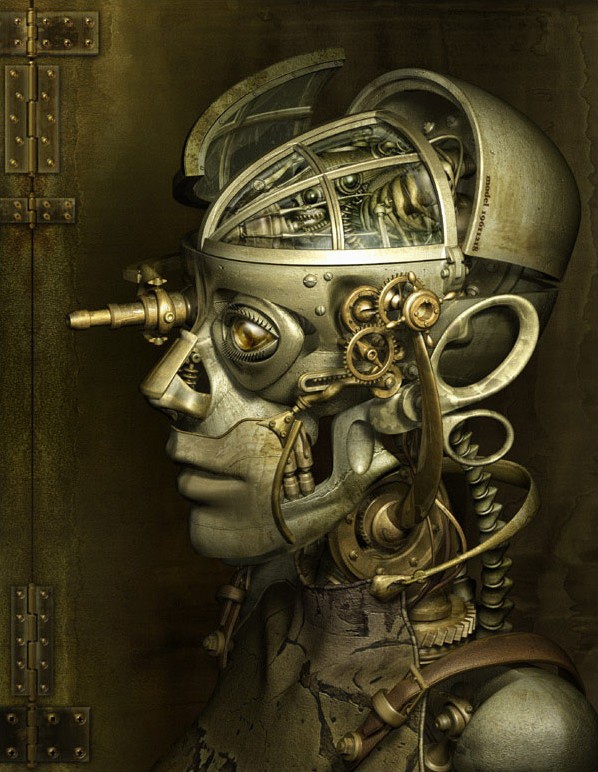 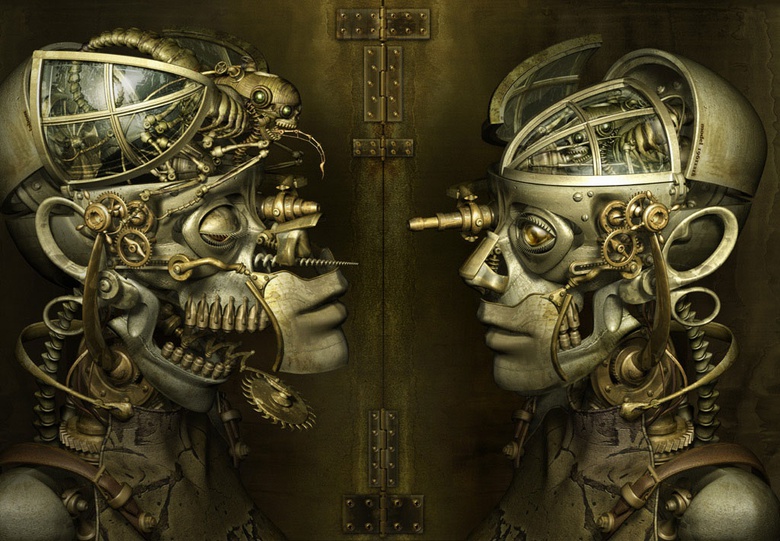