Hi everybody! Thanks for reading this Making Of - I am really pleased to share it with you!

My name is Ruslan Anisimov (aka ars_1024) and I'm from Russia. At the moment I work from Yarko! Design as a 3D artist and this picture was produced there. My primary goal was to make a picture and animation for a website. The concept for the characters wasn't mine, because the client had 2D sketches already (Fig.1). But anyway, those two pictures didn't limit me too much and I was free to change the guys a little bit, to make any environment and any 20 seconds animation I wanted. So, I decided to make a short cartoon plasticine-like animation and pictures, and to settle the guys on a small asteroid called N351. 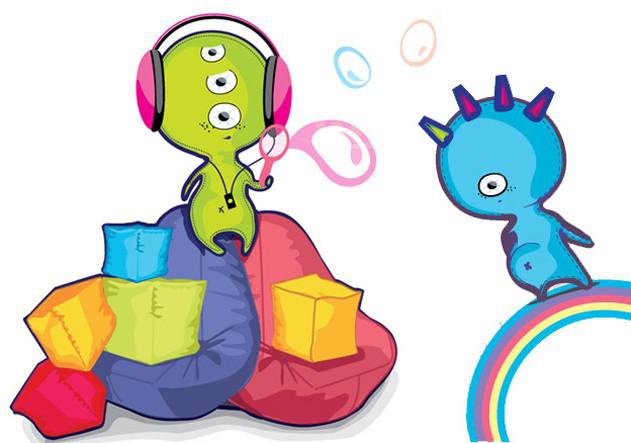 The modeling process wasn't very difficult because the base models were pretty simple. I just kept in my mind that I needed to make an animation with these guys and so I tried to make the topology to friendly to bones. Everything was modeled from a simple box.

When the base models of my aliens and all the stuff like chairs, stars and asteroids were done, I exported them to UVLayout to make unwraps. I like this program; it's very easy to use and in a short time you can get a good result.

Then I exported my models into ZBrush to make hi-poly meshes to get normal, displace and cavity maps. According to my idea of making something like a plasticine world, I found pictures of fingerprints on the internet and used them as alpha maps for brushes. My main tool was a standard brush with an alpha map, but I used rake and slash brushes also. I decided that stitches on everything would look pretty cool, so I used a standard stitch brush for this goal. When I became satisfied by the result, I made normal and cavity maps with ZMapper (using 3ds Max tangent space best quality configuration) and displaced the maps with the multi displacement tool.

The next step was drawing the diffuse maps. They were not very complicated; I used cavity maps from ZBrush as a base and added some details like stripes and freckles for my buddies. It was a little bit difficult to make seamless maps (mostly because of stripes), so I switched between 3ds Max and Photoshop until it was ok. Here's an example of the textures that I used (Fig.02). All the textures were 4k. 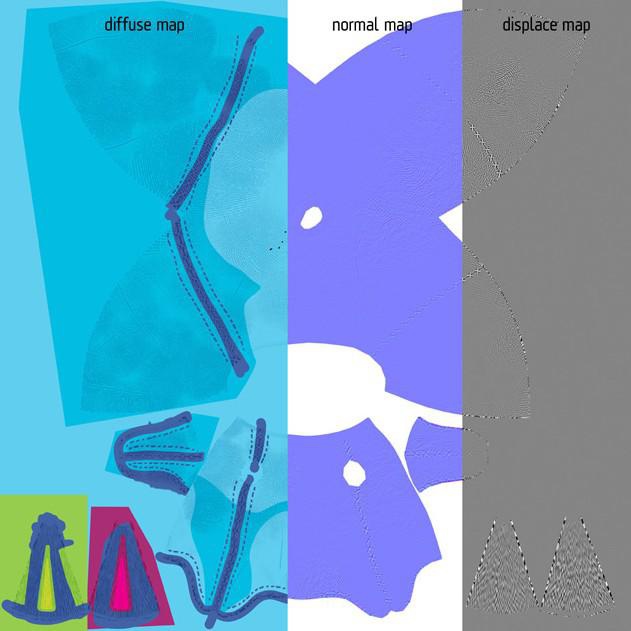 For rigging I used standard 3ds Max tools - bipeds for my dudes and bones for the boxes and chairs. The bipeds needed to be changed a little bit to fit my mesh (Fig.03). Then I applied a skin modifier and changed the weights of vertexes to avoid problems with moving. To get the wires that connect headphones with a player to move in the right way I used the spline IK control tool with three point helpers linked to the head and one to the spine bones of the bipeds. 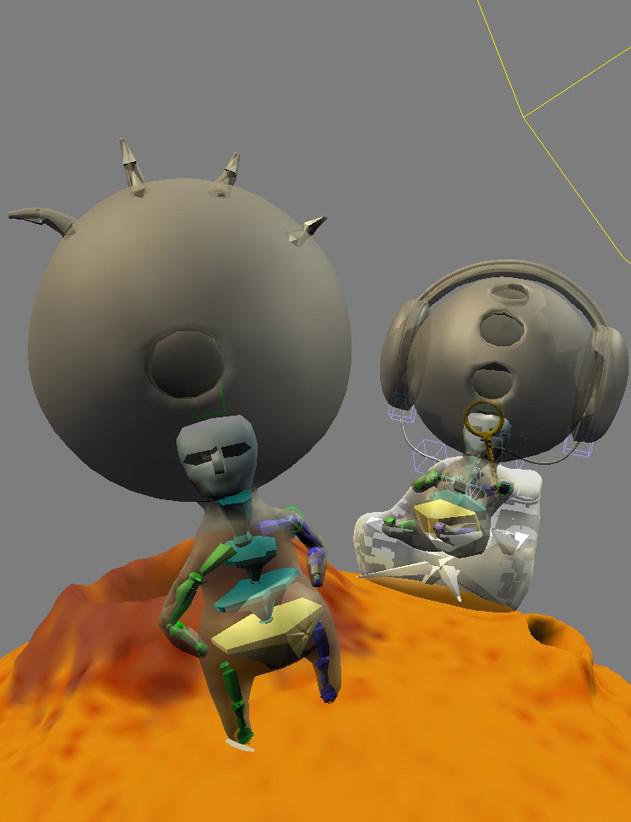 The material of the guys was a VRay material with the following settings (Fig.04). In the diffuse channel I used two similar diffuse maps with different output settings. The material of the chairs was the same, with just other colors of a falloff map in the reflect channel. 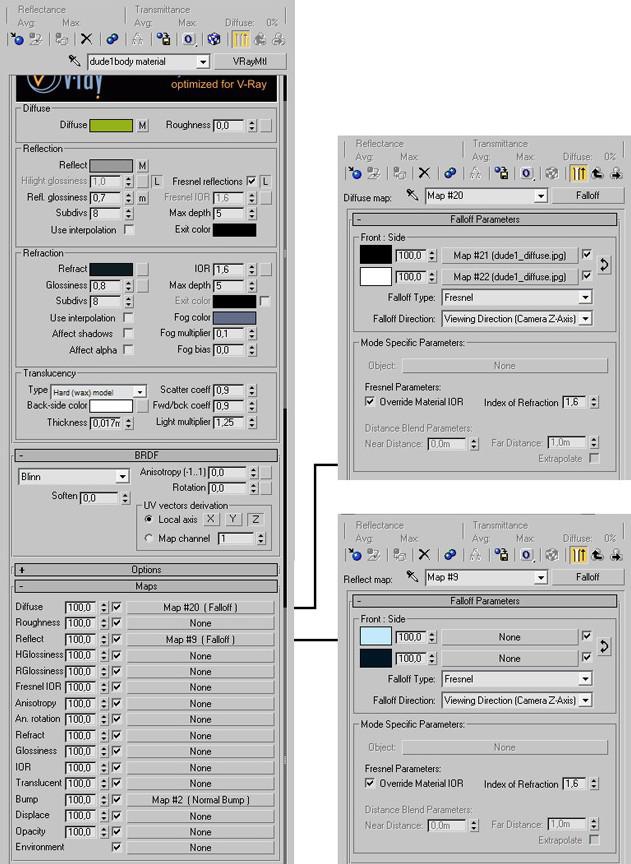 The material of planet and stars was a little bit different. I decided to use a VRay blend material. The coat material was almost the same as the material I used for the guys/chairs, along with a VRay fastsss base material with the following settings (Fig.05). 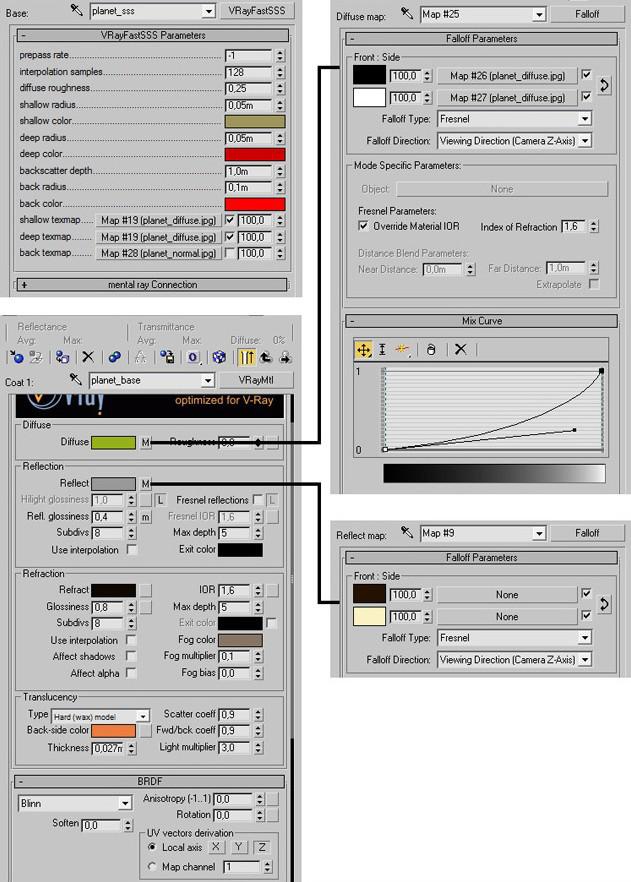 For lighting I used two VRay spheres and even two VRay suns (I decided that in space there could even 10 of them!) with different parameters and some objects excluded. Here's a schematic (Fig.06). 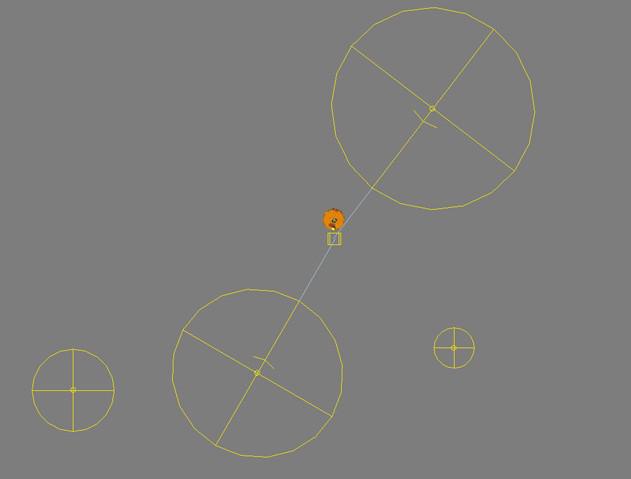 For the environment I used pictures of a dark night sky (something like a gradient from dark blue to dark violet). It gave me a nice bluish tint for the picture. The irradiance map was set to high and the light cache was 600 subdivs. There were a lot of render elements having been rendered, but it doesn't mean that I used them all - it's never late to delete some of them! 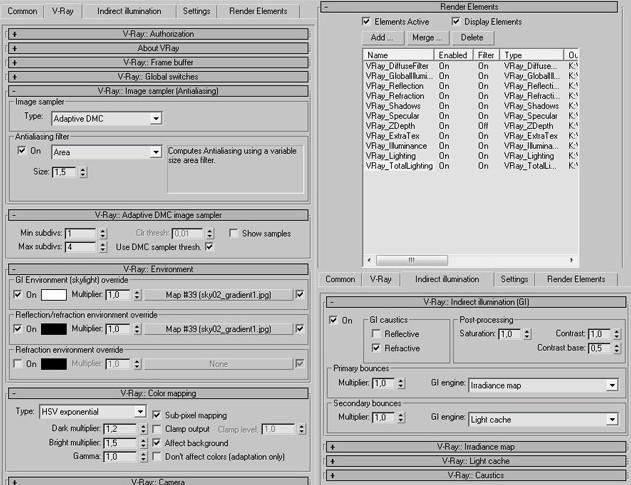 Here is a clean render and some render elements (Fig.08). I don't think that the final render has to be perfect and I never cared that much about it. The result is much more important than everything else and it doesn't matter what programs were used to achieve it. A lot of things could be done much more easily while composing. A good render is only about 70 percent of work, I think. 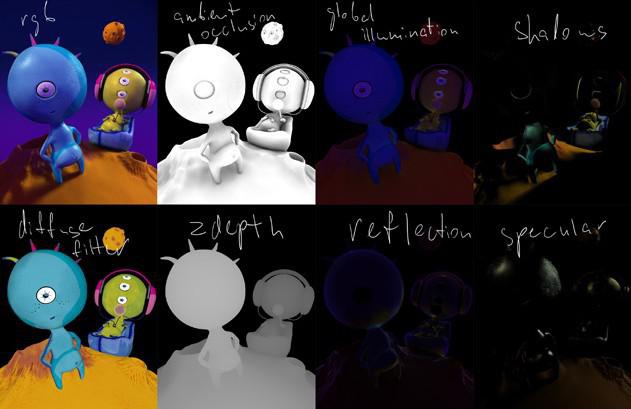 I'm not going to explain all the details of post production, because it's a very individual process for everybody and I don't want to make things like a template. At first I usually combine all my render passes to get picture I like and then work with this new picture: I make a lot of layers with different effects and mix them in different combinations until I like the result. For this goal I use both standard Photoshop (or AE - for animation) tools and some plug-ins like Digital Film Tools and Nik Color Efex. The last step is final tweaks - color correction, levels and so on. It's often a good idea to use masks to make different color balances for some parts of picture. The smoke was done with a great Ron's smoke brushes, but for animation fume fx were used. Another important thing while making postproduction is adding some depth of field for picture and also chromatic aberrations, which could make it more realistic, you just should use it very carefully. The best result for me - when you can't see it clearly and it provides very slight effect.

I'm not going to explain all the details of post production, because it's a very individual process for everybody and I don't want to make things like a template. At first I combined all my render passes to get picture I liked and then worked with this new picture: I made a lot of layers with different effects and mixed them in different combinations until I liked the result. For this goal I used both standard Photoshop (or AE - for animation) tools and some plug-ins like Digital Film Tools and Nik Color Efex. The last step was the final tweaks - color correction, levels and so on. It's often a good idea to use masks to make different color balances for some parts of picture. The smoke was done with a great Ron's smoke brushes, but for the animation fume, FX were used.

Another important thing while doing post production is to add some depth of field to the picture and also chromatic aberrations, which could make it more realistic. You should just use it very carefully; the best result for me is when you can't see it clearly and it provides a very slight effect. 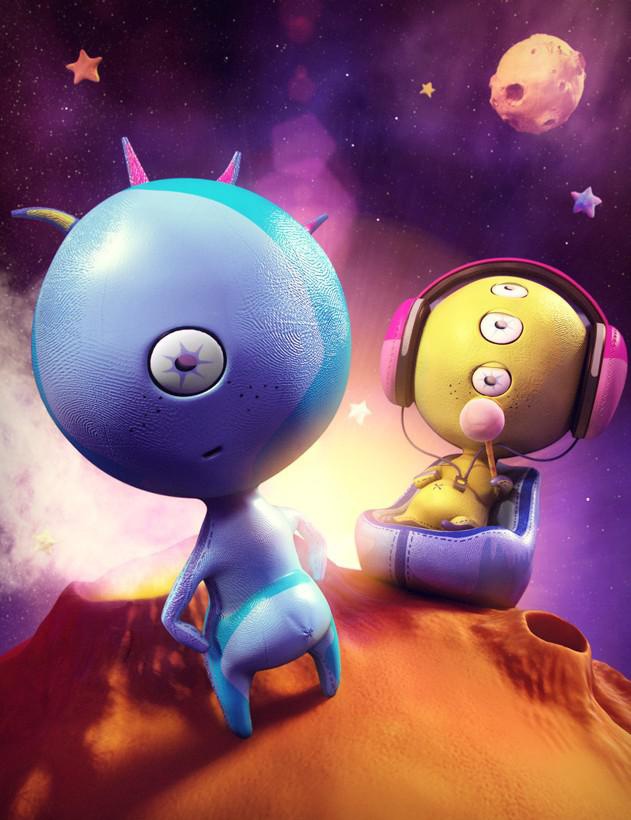 Watch the animation below - Duration: 28secs