Making Of 'Alfama' by Miguel Fonseca

Hi and welcome to all of the comunity!

This scene has been made with 3D Studio Max 5, but this tutorial is valid for any 3D package. The tutorial is divided in two parts: modelling and texturing. So, let's go to the 'making of' of Alfama. 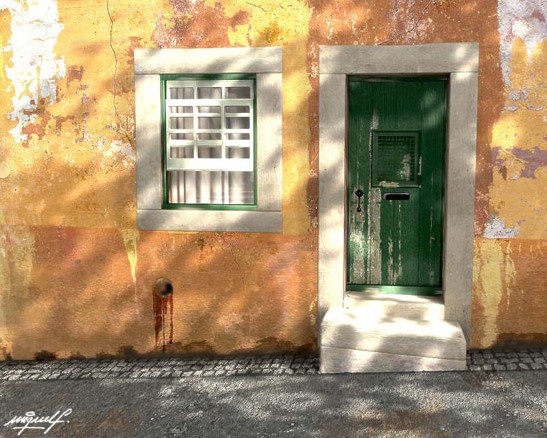 Well, when Tom (Tom-3DT at Threedy.com, proud owner of 3DTotal) proposed writing this tutorial to me, the first thought that came to my mind, was to make an image that would take the best advantage of the great 3D Total CD Textures Pack, so I realised that the modelling wasn't the main part...and I started to think: an easy modelling scene with a strong hardwork texture skill...
So I began to search for some references...

I decided to make a typical street from an old neighbour in Lisbon called Alfama. After I decided what kind of scene to make, I'm only focused on two things: urban and old.
I picked some images from the internet, perfect for what I had in mind: small streets, very dusty, eroded walls with plenty scratches, old rusted doors, typical windows and walkways and a unique light. (Lisbon has a superb and incredible light). Here started the challenge... 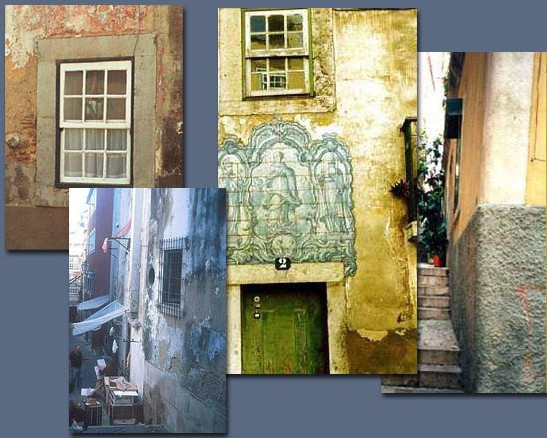 As I said before, the modelling part wasn't the main objective of this tutorial, so I basically used primitives and editing poly for some deformations.

The most difficult part was the walkway, I had to make a displacement map and apply to very high detail plane mesh which turns my file very heavy and a slowly render, also it didn't seem fit with the wall, I had to improve several times until I got what I wanted. (see texturing part).

Wall: I simply used a box, divided in a few segments; boolean operations for the holes: window, door and small hole in the wall
Railing and Frames (around door and window): are simple chamfer boxes that I post edited with editing poly (make some face selection and smooth them)
Walkway: I used a plane with 400x400 segments and just applied a displacement map
Window: just chamfer boxes with some boolean operations and editing faces
The Curtain is an extruded spline with some mesh smooth;
Steps: I used a chamfer box, because the rounded corner makes them like as if they were eroded by time, editing poly too.
Door: Simple editing poly from a box. Some of the other object are irrelevant for this modelling part.

Ok so I have my scene complete now, let's start the texturing part.

This was the most challenging part of the job. I started to browse the 3d Total Texture CDs, to choose the right textures for my scene, every textures seems to fit with what I had in mind, so it was a very hard task to pick only a few of them.

Wall: With the help from the reference images, I wanted to make a complex texture, so soon I realised that I had to work on them separately in Photoshop, with many scratch- and dust-areas. Most of theses walls were paint several times with differents colors, so they have many layers which result in an misc textures. I used 7 different textures with a lot of masks, selections masks and blending changes of layers, as u can see below. 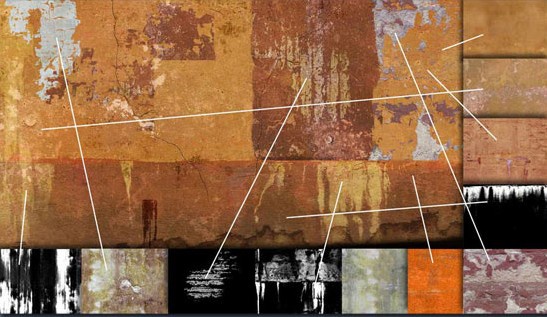 Here's a detail of the wall and how it was set up: 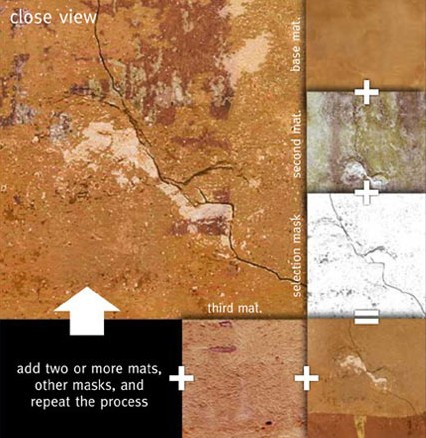 Steps: For this object, I use the blend material in 3ds max, 'cause the texture wasn't so complex.

Door: Blend material again, the door was eroded by time, dirt map mask was perfect for it.

Window: Simple blend, the materials seem to be the same, I wanted to make a smooth mix, with some dirt mask areas.

Walkway: This was a hardwork part, I had to compose the texture in Photoshop, because I wanted to make a mix compose between concrete and the typical portuguese sidewalk. So I did the texture, the bump and the displacement map. 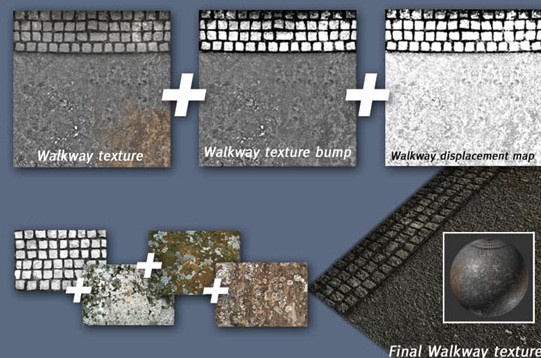 Well, my scene is almost complete. The lighting is amazing in Lisbon: these streets are very straight with some trees on them, it's perfect to make a tree shadow map projection, I used one of the shadow maps from the 3D Total Texture CD's, selected a part of it to get a zoomed projection and a blurry effect. In these scene two target spots were used: one with 2.5 multiplier (to make a hard hightlight projection on the wall), a light burn yellow RGB (255;246;210), shadow map; and the tree shadow map on the projector map slot. The other was a clone with 1.5 multiplier value, the same color, and shadow map. 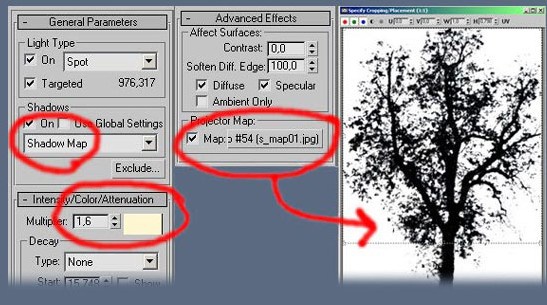 Why two lights in the same place? I have to consider two things: I want a hard light on the wall but with the projector map they loose much of the multiplier effect, but I dont want to blow up the exposure in the other objects, so I created two lights and used include/exclude tools.

After this whole process, I opened my image in Photoshop to make some colour corrections, work on the levels and make some adjustments.

About the 3D Total Texture Pack:

In one word.....WOW ....I have to say, this collection is fabulous, outstanding textures, very high detail dirt/mask maps, with high resolution. Congratulations to 3D Total crew for this beautiful and very useful collection, I recommend it to all 3D Artists, who want to make great images with realism- they are really worth a lot.

Special thanks to Tom and Chris for the unique chance to make this tutorial for the 3D Total community. I hope you really liked it as much as i had fun doing it!