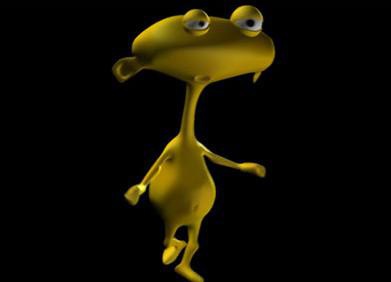 This is a tutorial which covers the basics of modeling and rigging a toon character. It doesn't go into much detail and it is definitely the quick and easy method for fast results. It's for the intermediate user and assumes knowledge of edit mesh editing and the 'modifier stack'

Every aspect in this tutorial could have at least a whole chapter written about it so please excuse me for 'skimming the surface' a little. 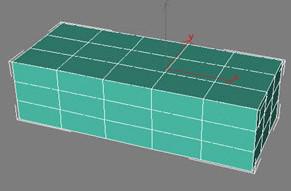 The technique is 'box modeling' with subdivisions. The subdivisions come from the meshsmooth modifier set to NURMS 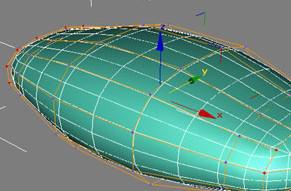 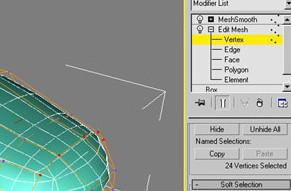 All the modeling is done at the low-poly level (Edit mesh in the stack and then use sub-object) but by turning on the 'show end result' you can see the meshsmoothed model take form at the same time. 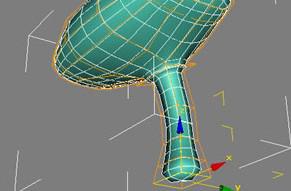 The bulk of the model is created by extruding faces down through the neck, body and limbs in sub-object polygon mode 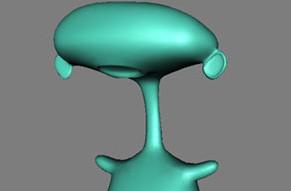 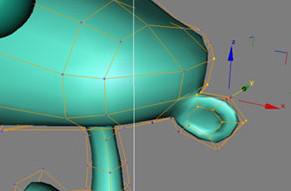 Back in into sub-object vertex mode to tweak the form a little. Here soft selection in turned on as well to help shape the model 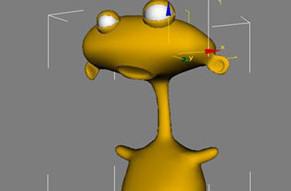 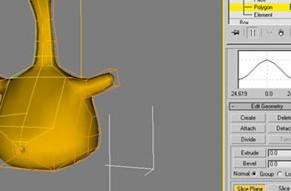 Back in sub-object polygon and turn on the slice plane to divide the set of front polygons into two and give another row of vertices to work with and to make the neck 5 sided. 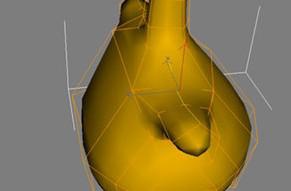 Slicing the polygons here also, so the limbs have 5 sides to them (avoid the cube look with 4 sides) 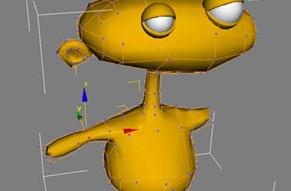 Into sub-object vertex to scale in certain parts and refine the overall form. 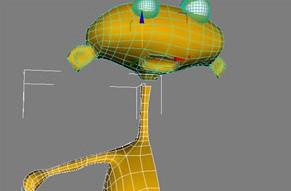 I have now decided to work with half the model and clone a mirror duplicate over which is set to reference. This side will then update automatically. I have detached the head as I have modeled it in a non symmetrical manner already for a more quirky look.

Ahem, for a while here I forgot to take screen grabs and you can now see he suddenly has legs and is welded back together but the remainder of the model was created with the same technique and refined in sub-object vertex mode. Then the central points were welded in vertex mode also. 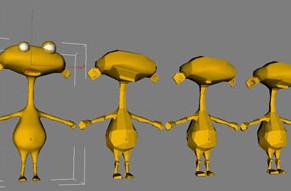 This stage shows the creation of the morph targets. I want a simple set of three (hence the 3 clones) and I recommend you make them at the low-poly edit mesh stage in the stack also.

Edit which ever bits you want. As a biped skeleton will control most of my models movements I am only using them to adjust the mouth and ears. I make the three 'mouth big' 'mouth small' and 'ears back' and adjust the vertices accordingly. 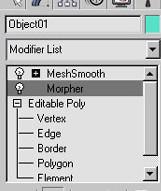 Add the morpher modifier to the stack. Make sure it is below the meshsmooth as you should have created your morph targets at the low poly level.

Load in the targets and start playing with the sliders ASAP ;) 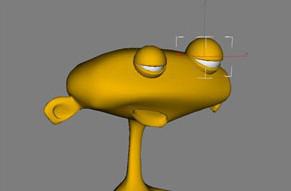 As I mentioned before the eyelids are just a sphere with slice turned on. This slice value can then be animated for the blinking action. 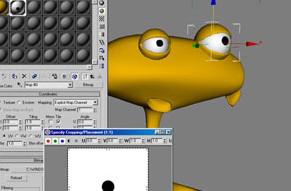 A very simple texture is added to give the eyes a direction (always usefull!). 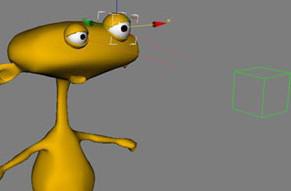 Then a 'look at' rotation controller is applied to each (in the animation tab > assign controller > rotation > look at) and
a dummy is created and set as the target for both.

Again as soon as it is set, start playing again, making him go cross eyed etc. 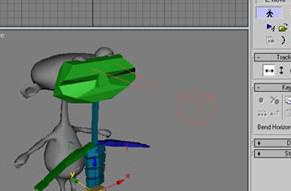 Once created In the animation tab go into figure mode (click the man symbol) and then scale each section of the biped to match your model as close as possible. I also went into the structure roll-out and set the neck links to 3 and the finger and toe links to 1. 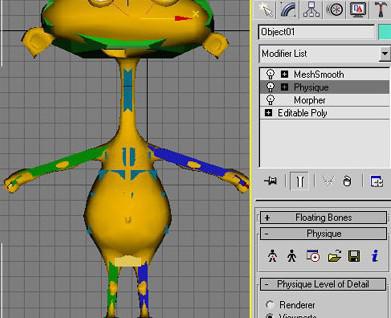 Once the biped 'fits' your character's mesh then you need to select him and apply the 'physique' modifier.

Again apply this under the meshsmooth. This is very important as you will see in a minute

Then click the attach to node button and select the biped's pelvis. 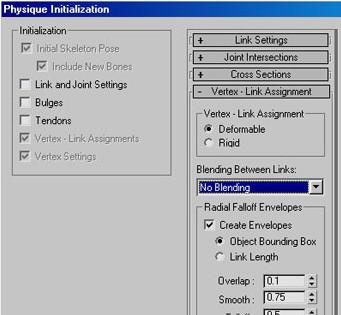 Up pops the 'physique initialization' window. This next step is an important time saver if your after quick results and cuts out almost the entire envelope and weighting process.

By setting the blending to 'no blending' you are choosing the most basic mode to deform your character but as you have applied this modifier to the box model the meshsmooth automatically blends the the higher poly mesh between the joints and has a similar effect to the falloff of envelopes. 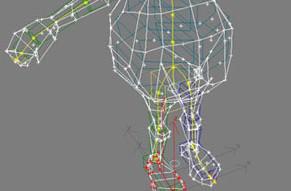 You will still have to spend a few minutes adjusting and assigning some of the points to the correct parts of the biped. Usually these are toes and fingers and making the head ridged. 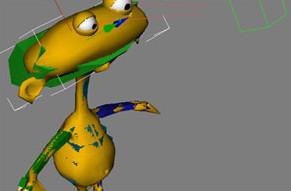 A quick first test shows some finger points have been assigned to the head ?! 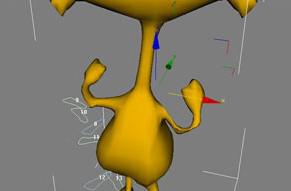 A second quick test (by loading in a biped footstep file) shows some arm points are incorrect and it appears to squash this limb.

Another quick fix and he's ready to go, it really only takes a few minutes when you have had a bit of practice.

It is not the most professional set up I know but it has always worked well for me giving me time to concentrate on other areas. You can see how well it deforms by clicking the animation link at the bottom. 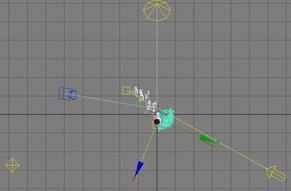 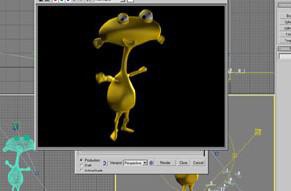 Play around with it for a few minutes more until a satisfactory look is achieved. 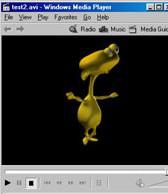 Above is the render form the first animation test (a pre-made biped 'ballet' file). Overall its a good way to set up a project especially if you want to spend a lot of time animating and refining your work cos it gets you off to a flying start. I personal think there's nothing worse that spending a whole week adjusting envelopes but every project is different and I admit for some it is necessary.