My name is Vichar BN. I am a digital sculptor. I hold a Masters degree in fine arts specializing in traditional sculpture. With over 20 years of work experience, I am currently with Technicolor India as Asset Department Director in the Games Division .

When 3dtotal asked me to create something themed "Primate and Aviator Canine or Primate Aviator or Sportsperson, I thought of using the opportunity to create a low relief portrait of a sportsperson, thereby giving tribute to one of the greatest football players I grew up watching.

An artist is an explorer - Henri matisse

The main goal for me on this was to find ways of creating relief sculpting in ZBrush. While this felt interesting and evoked a sense of curiosity in me, I knew this would bring along a degree of artistic mystery, which is something I look forward to exploring in every artwork I create.

The term relief is from the Latin verb relevo, to raise. A type of sculpture in which forms project from a flat surface. This type of sculpture is usually viewed from the front, like a painting.  Reliefs are classified according to the height of the figures’ projection or detachment from the background.

In a low relief, or bas-relief (basso-relievo), the design projects only slightly from the ground and there is little or no undercutting of outlines. In a high relief, or alto-relievo, the forms project at least half or more of their natural circumference from the background and may in parts be completely disengaged from the ground, thus approximating sculpture in the round. Middle relief, or mezzo-relievo, falls roughly between the high and low forms.

When creating 3D art, be it realistic or stylized, using reference is one of the most important parts of the process. Since the creation of any art asset starts with building reference, you can go as far as saying that the final quality of the finished product is largely defined by the effort you put into reference in the beginning. Gathering reference is the first step in the process. 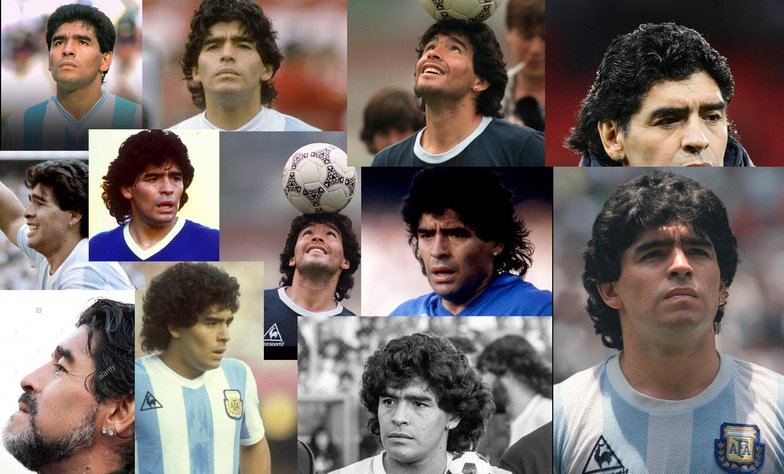 I always start with research. I spent at least 1/3 of my time doing research downloading photos and analyzing them. I will make a collage. This way I get to know my subject better and I get a clear image of what needs to be done. I cannot stress enough how important this stage is.

Starting with the Demo head female in ZBrush, I start to block the character basics anatomical proportions and main features and planes of the face and hair volume. At this point I'm not going with any detail, so it is very rough and this will be guide and base for my further sculpting

Preparing base for the relief

Starting with a basic primitive quad mesh so that I can subdivide multiple times to get more subdivision for sculpt.

Once I was happy with my sculpt I used alpha from mesh – when pressed the form mesh button will convert the selected mesh into a 2D alpha. A transform window will be launched to allow it to rotate, move, and size adjustments to the alpha before accepting. The transform window will also have a slider to control the resulting alpha pixel size.

● Used vdm brush and alpha and drew with full intensity

● Played with morph target slider to get desired height

Note: Morph Targets are a way to store a geometry configuration so that you can recall it later. You can only create one Morph Target per SubTool at any one time and it will be linked to the subdivision level on which it is created. 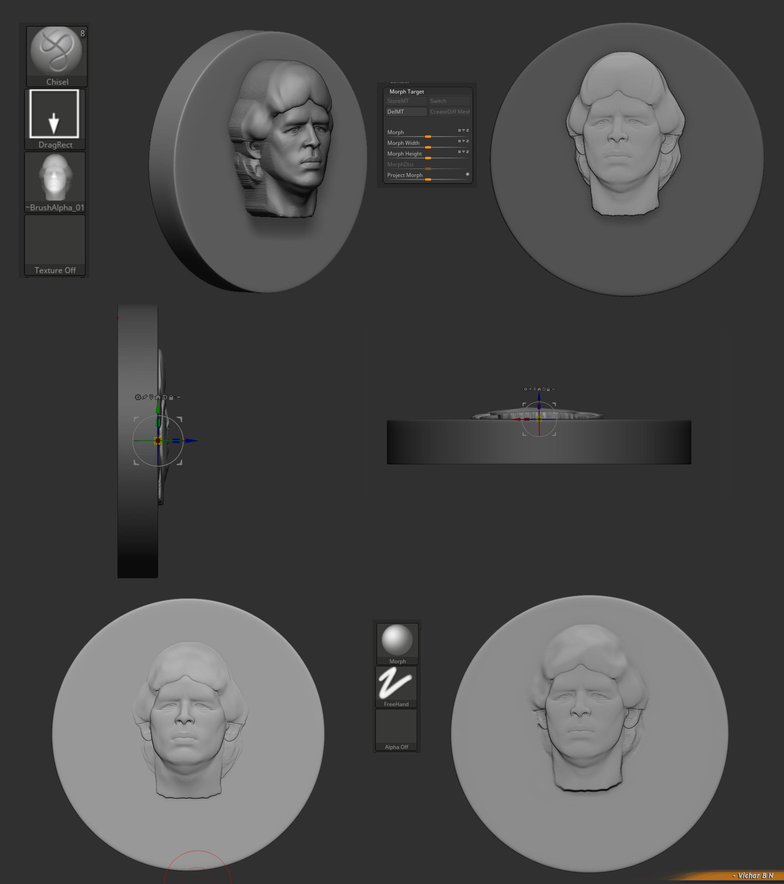 Once I was happy with the blending of plane and alpha, I started blocking the T-shirt and started to refine the likeness and fine-tune the facial feature using the Clay brush with a very low intensity. I used a Dam standerd brush to get the outline and for hair. For eyes I used a Morph brush to create the purple depth, and I have also used it to blend the hair to the plane after detailing.

Note: Always try to sculpt in the flow of muscles to make the model look real. Make sure to move the light to see subtleties in the sculpt and to get whether the forms are looking correct and natural. Also, you need to keep in mind how the forms blend while doing the low relief sculpt. 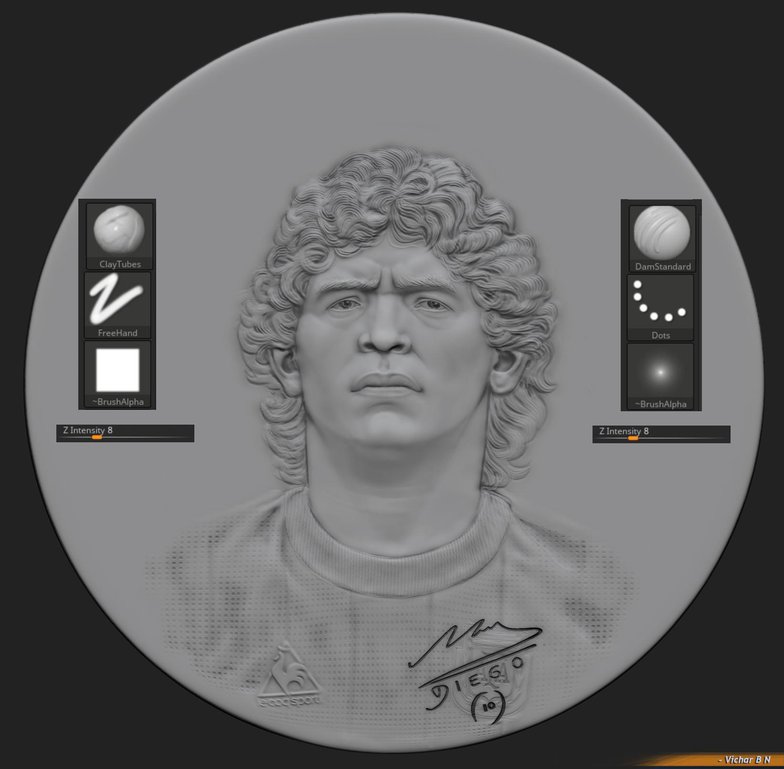 After sculpting and finalising the T-shirt, I used noise maker to get a small pattern of T-shirt and collar to enhance the sculpt. Before dropping to the model I had created a layer so that I can play with the patterns using layers.

Creation of logo and signature

I used the vdm brush with the image directly as an alpha, with draw rectangular stock to create the logo and signature. I created a separate layer for each logo so that I could play with the depth using the layer.

Note: 3D Layers allow for a non-linear workflow. You are able to work with a model at many different stages of development simultaneously. You can add details then turn those details off and refine the major forms underlying them, it’s a very powerful tool in ZBrush.