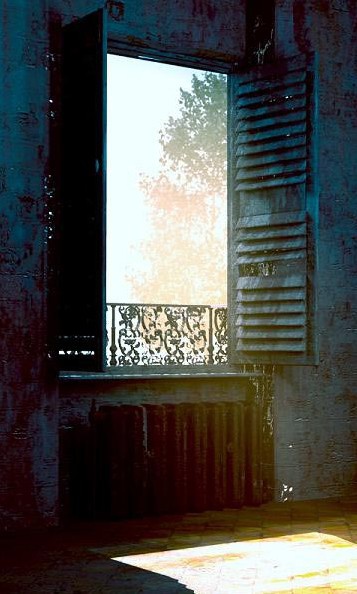 This is a relatively simple image to create.

The objects are mostly basic shapes with small modifications. Much of the effect comes from using layered textures - a technique used extensively in this scene.

All the textures in this scene can be found in the Total Textures collection.

We'll start with the floor. The basis is a nice map of some terra cotta tiles which have been applied using planar uv mapping on the Y-axis. A greyscale of the same image is used in the bump channel. This looks OK but repeats are clearly visible - particularly a line of yellowish tiles running from top left to bottom right. 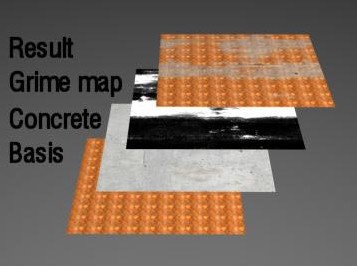 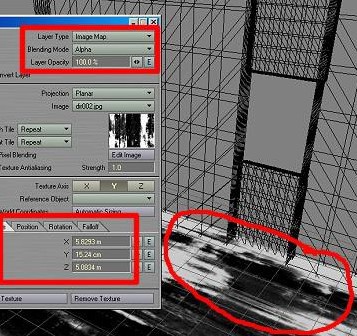 Using the solid modelling mode of your 3D package, you can set the u & v scale and position of your grime map to get the effect you're looking for. Remember that the concrete texture will show up where the grime map is lighter. Here, I have set the grime map so that plenty of dirt shows up where the walls meet the floor. 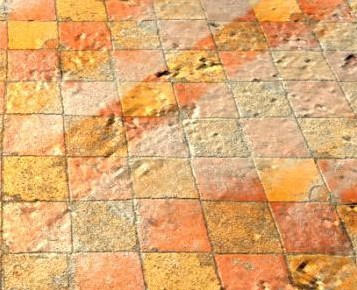 The corresponding concrete bump map and the same grime alpha map were used on the bump channel to add the extra pockmarks. Note that for more complexity and interest, I used the alpha map at a different scale in the bump channel with the result that some of the pockmarks appear outside the dirty areas (you could even use a different bump map too). The colour map does not always have to match the bump map!

Proceed to page two, to learn more about texturing the rest of this scene 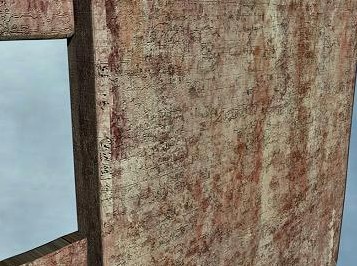 Exactly the same technique was used on the walls. I used a brick colour map as the basis, then I layered a plaster & stone map over the top and used another alpha map to blend them together. In the bump channel I only used the brick bump map this time, ie no other layers. This helps give the feeling that the dirt is on the surface of the bricks. 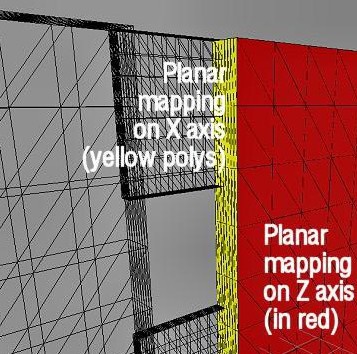 Again, planar uv mapping was used on a "per-surface" basis. Thus, whenever the wall turned a corner, the new surface has a new map applied. This makes setting the texture scale much easier. 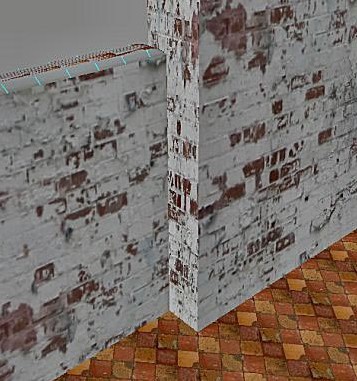 One important point to note is that the brick maps must be scaled to make the bricks look a reasonable size. Also, the bricks must be positioned sensibly at corners and at the top & bottom of the walls. Note also how the tiles of the floor are aligned so they meet the wall at a logical point in their pattern. This is achieved by tweaking the u and v repeats. Take your time over this part - by careful positioning of these textures, certain features within them can be hidden or brought out. 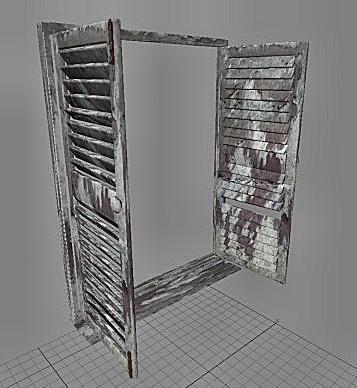 The shutters are painted with a stone texture! This may seem a bit odd but another thing to bear in mind is that you can often fake convincing surfaces by using unlikely textures. Again, another layer is added and blended using a third texture as an alpha map. This time, cubic uv mapping was used because the shutters are visible "in the round" meaning that more attention had to be paid to making the textures consistent over the whole object. To add further interest to the shutters, the same stone texture that was used in the colour channel was also loaded into the glossiness (roughness) channel. This makes the darker areas of the surface less glossy as if they were exposed wood whilst the lighter areas are more glossy, like peeling paint. The overall effect makes the shutters look nicely weather-worn. This technique was also used on the floor to make the dirty or damaged areas dull and the tiles shinier. 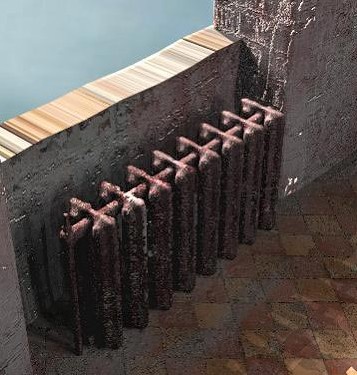 Moving on to the radiator, here only one texture map was used - a rusty metal. It is present in the colour, bump, specularity and glossiness channels. This particular map is so good it needs no help from others! Careful adjustment of the cubic u & v scale and the position of the texture on the model allowed a single stripe of surviving paint to be visible on one of the fins of the radiator. 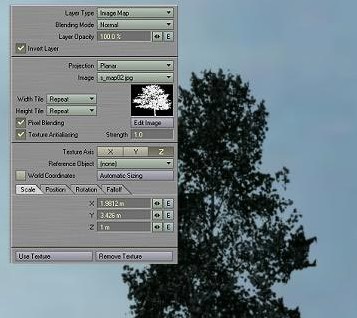 Finally, the tree is a simple plane with a tree silhouette map in the transparency channel.

I hope this tutorial has been helpful in illustrating how complex texturing effects can be achieved by combining texture maps. All the textures I used in this scene were taken from the excellent Total Textures CDs.