In part 4 of our "Know the Basics: After Effects" video series, we take a look at adding titles, from the beginning through to the end credits...

In part 4 of our "Know the Basics: After Effects" video series, we take a look at adding titles, from the beginning through to the end credits...


When I refer to titles I really mean any text or graphics that you might overlay on top of your footage. This could be to communicate to the viewer what the video is about or maybe to introduce a person being interviewed on screen. There are a whole host of useful tools to enable you to set up these types of titles quickly and professionally. We'll be taking a look at some of those.

Step 1: What are titles?

Once you've got all your footage created and brought into your timeline it's only a matter of time before you'll want to add some form of a title. This could be at the start to introduce the video or it could be in the middle of the video to add someone's name to the screen. Motion graphics artists make great use of this when they make text look like its following objects in the footage. 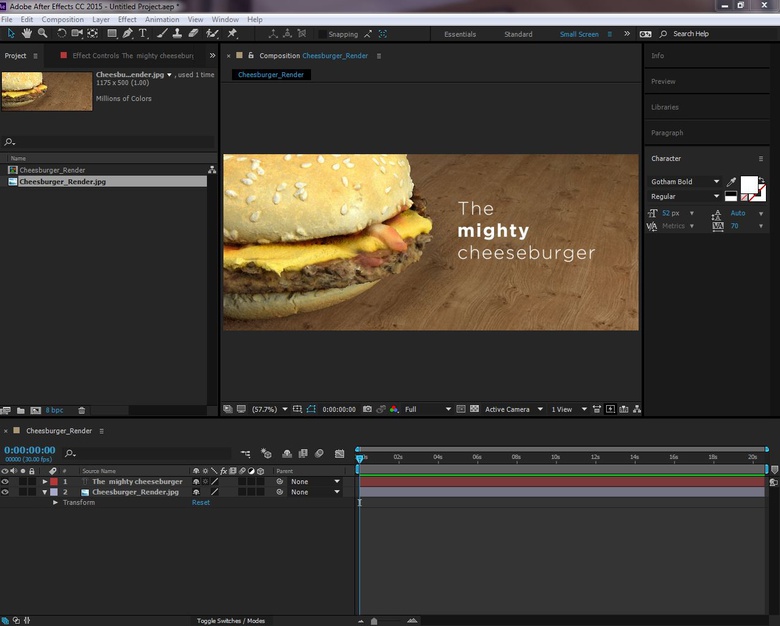 Adding text to your scenes is super simple. The toolbar right at the top of the interface, just underneath the menu bar, gives you access to a whole range of tools including the 'Text' tool indicated by a capital 'T'. To add text to your composition simply select the tool and then drag and drop in the composition. If you begin typing you'll see your text appear on screen. A word of advice, make sure the text box is big enough to see the text at the set font size because otherwise you won't be able to see the text!

With your text inserted into the composition you'll want to customise it. You can do this using the 'Character' window. If this isn't visible in your interface simply go to the main menu bar at the top and to 'Window'. It gives you the option of changing the font, its size, its color and a few other more niche properties.

Customise what your text looks like using the 'Character' tools

To further customise your text you can use the 'Paragraph' window. This opens up properties such as how the text is justified. You can also indent the text in a variety of ways. I tend to just use the main justification tools but depending on your requirements you may use the others.

Move your text around using the 'Paragraph' tools

Depending on whether you're running a Windows or a Mac you'll have access to a different selection of fonts. To get the exact look you want may require downloading and installing a new font. On a Windows platform you can simply drag and drop the font into the 'Fonts' folder inside the 'Windows' folder on the C Drive. On a Mac simply double click the font file and choose 'Install font'. 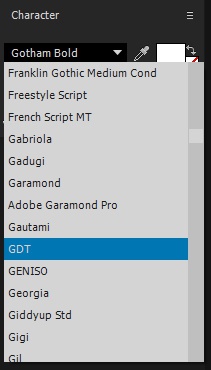 Customise your text even further but downloading and installing new fonts

In the last article we covered effects and you may have noticed that there was a couple of effects in the 'Text' folder. The first one is the 'Numbers' effect which generates random or sequential numbers in different formats. The second one is the 'Timecode' effect which creates a text overlay that displays either the timecode or the frame number.

In a lot of cases you'll want to make sure that your layers are aligned to specific parts of the screen. The most common for me is to make sure something is centralised. Rather than guessing or working it out mathematically you can use the 'Align' window to do this quickly and easily

Quickly move your layers using the built in Align tools

Titles don't have to be only limited to text. You will likely want to import an image. This could be a company logo or just an image to represent the point being made in the video at that moment in time. Do this in the same way that you import footage; either drag and drop in the 'Project Browser' or right click in the same window and select 'Import'. 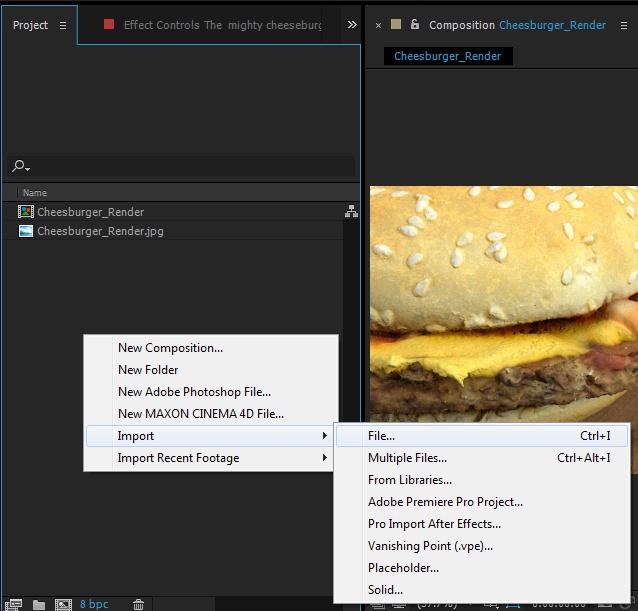 Quite often you'll want your titles on a background which isn't your footage and isn't the default background of your composition. You can do this by creating a 'Solid' layer with a set color. Do this by going to the main menu bar at the top of the interface and select 'Layer' followed by 'New' and 'Solid'. Select your color and click okay. Make sure this layer is underneath your text etc. and you're good to go. 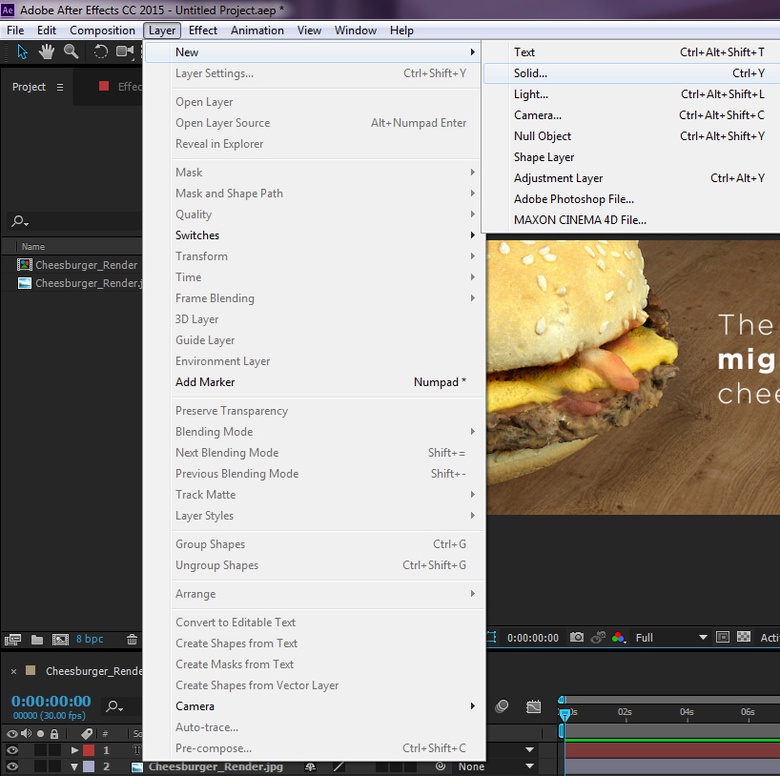 Change the background that your titles appear on

It's important to note that After Effects can handle vector graphics very well. If a logo has been created properly then it's likely to be in a vector format. Simply import this in the same way as we did with an image in step 8. To ensure that your vector graphics stay smooth even when scaled make sure that you click 'Continuously Rasterize' for that particular layer. 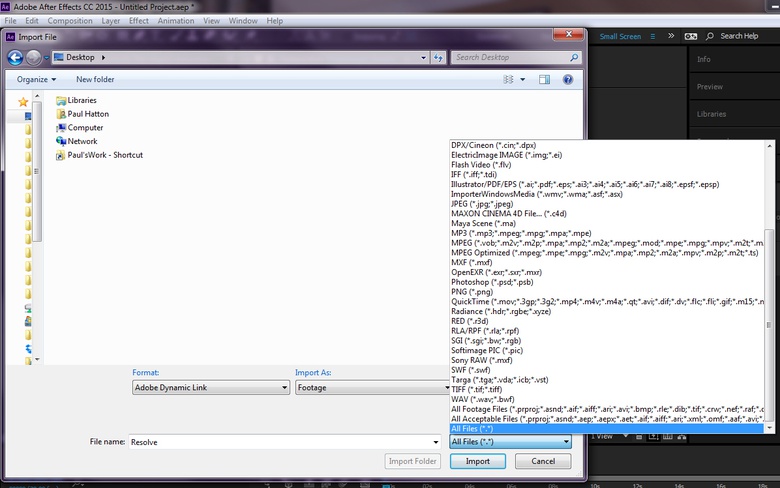 Import vector graphics from programs such as Adobe Illustrator

Quite often you'll be part way through your project and you'll need to replace some footage that you previously imported with some new and updated footage. This is easy in After Effects. Simply right click on the footage in the 'Project Browser' and select 'Replace Footage' and 'File'. Select your new file and this will automatically overwrite what you had previously. 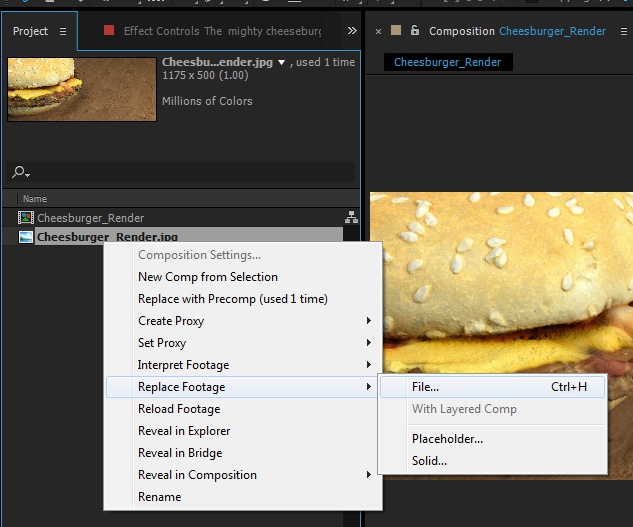