The purpose of this Making Of is not only to show how we achieved the final shot for this animation, but also to point out the main problems we had to solve and why we choose one technique over another (Mov.01).

First off all we should start by pointing out that our main worries about making this shot were that we need to make a cool and stylish environment where we could place our 3D character ... but we couldn't spend too much time working on shaders or having hours and hours of rendering in HD resolution.

So we decided early in the process that we were going to go with a camera projection technique for the environment. This would give us a quick way of laying our painted environment over a base 3D model which our main character reacts to. Of course we knew this would pay off because we were going to have a lot of shots of this same environment over the episodes of the series, and doing projection would only leave us the character for the render stage which would help us to save a lot time.

The cons of going along with this technique was that we were a bit limited with the freedom of movement with the camera, so we had to really pay attention at the pre-production stage. We had to make a strong storyboard defining where the camera was going to be and how it was going to be moved around the scene, because in this particular case each different camera position needed a different background painting and projection. Therefore the projection technique and process is the core of this tutorial.

So once we were decided about the technique, we started with the concept design for this environment. We gathered all the reference material possible, from photographic books, illustrations, the internet, anything really.

The action takes place in a luthier's workshop, so we knew from the very first moment that the place needed need to be full of tools and instruments; that there should be things hanging all around. It should be chaotic and full of stuff, but also have a cozy feeling - as if it would be a great place to work in.

The illustrations were made and once we were satisfied with the result, we moved forward to the modeling stage (Fig.01 & Fig.02). 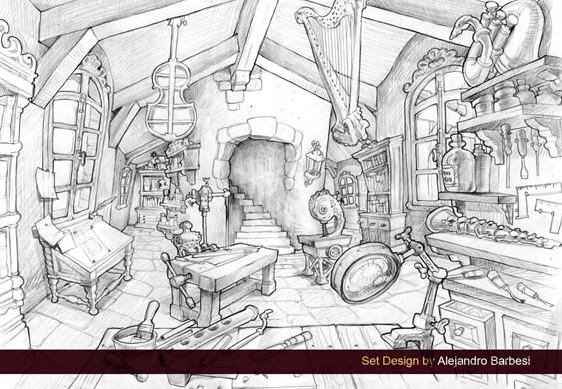 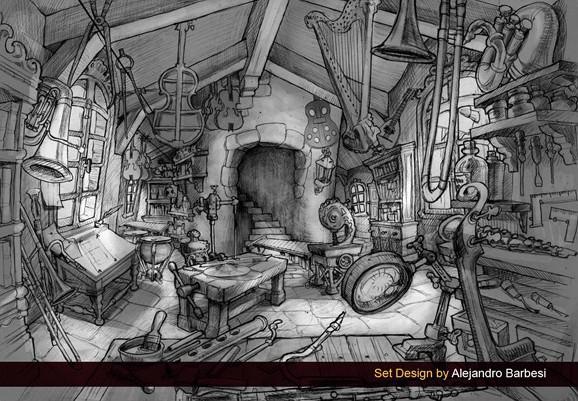 During the modeling stage we took the design to a full, fairly high level, model because even though we knew we were only going to use base or proxy models for projection at the end, we also knew that having the set all modeled and lit was going to give a lot of detailed information and a solid base for taking that full, still frame of the 3D environment to Photoshop for the painting process. If we hadn't modeled the full environment, we would have been faced with an incomplete, vague base mesh to paint over.

But it's all about making decisions based on how you can achieve the better result in the less amount of time possible, so even though we understood that making the whole model of the environment was going to take more time we were sure that it was going to help us a lot at the painting stage, and it did (Fig.03 - Fig.05)! 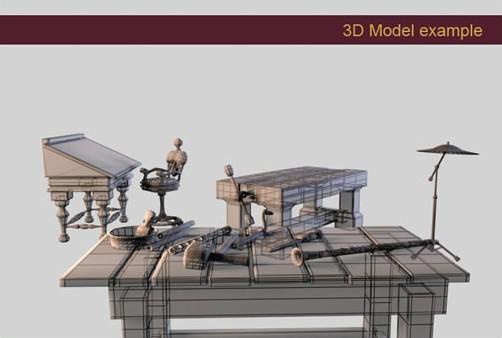 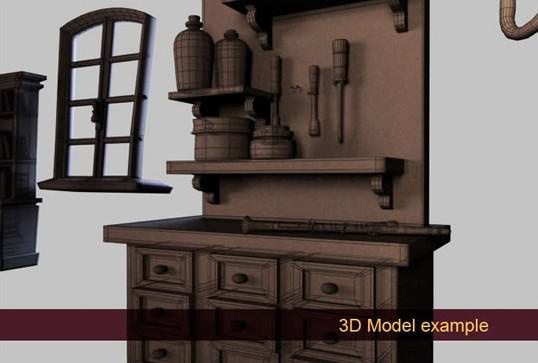 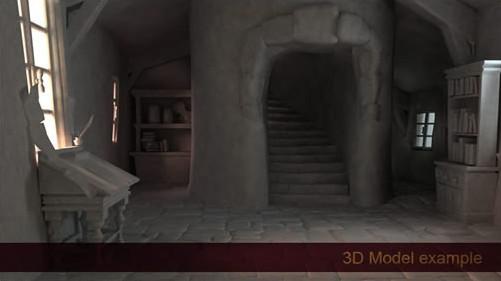 The painting process was great because we had our full HD 3D base render, and it was all about coloring and playing around with textures and developing, at this early stage, the final look of the environment.

But despite the fact that the theory of dividing the paint according to the distribution of elements on the set was working pretty well, we did run into a couple of problems.

For this stage we used the Camera Map Per Pixel material that comes with the latest 3ds Max versions, and this is a really easy process. You just need to choose the camera you are going to use to project the image and then under the Texture option you pick the image you want to project over the mesh (Fig.08 & Fig.09). 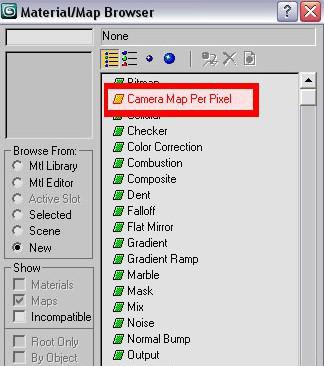 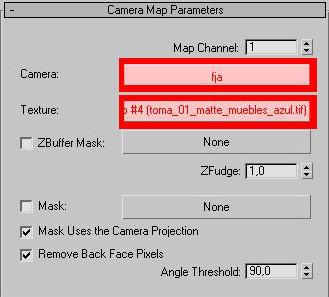 There's something very important about the workflow when you're working with projection. At the very beginning of the process you need to decide the exact camera position in your scene for the camera that is going to be used for the projection. We named it "locked" camera, because once you choose the position you must never change it. Remember that this "locked" camera is where you are going to get your 3D base render from for the painting process.

Now you can play around by adding a starting key at frame 0 and an ending key at the last frame of your timeline. You are going to make a camera movement you like, where at the exact halfway point of the motion you are going to match the "locked" camera position. This is going to help you understand how much of the original paint - the one you did over your 3D base render - you are going to need to extend in order to cover the new mesh that appears when moving the camera (Fig.10 & Fig.11). 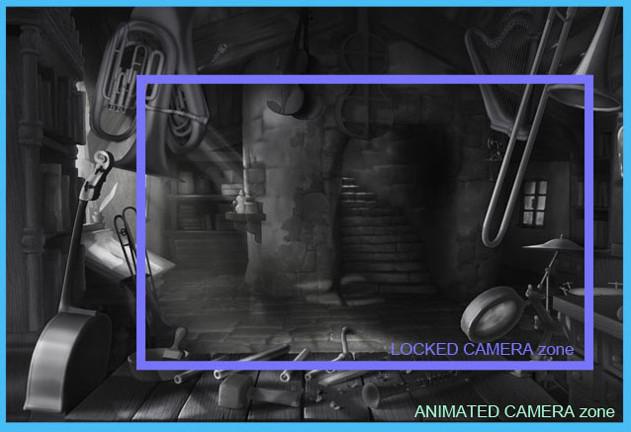 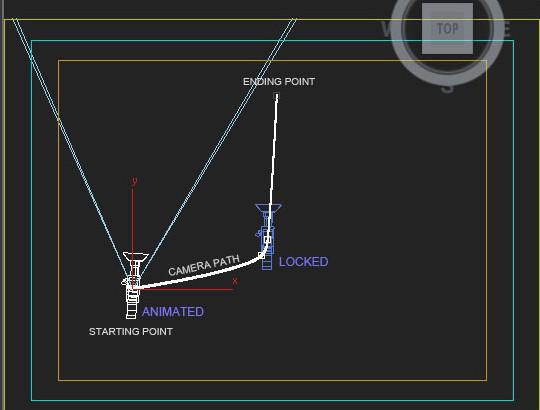 This projection technique relies on the concept of getting a complex animated scenario with the minimum time of rendering possible, so in order to get that result, we need to optimize the scene. This means we are going to replace all of our high model objects with very low meshes - in most cases a simple plane mesh will do just fine. Remember that the high level models were only made so that we could get a good and solid base 3D render to paint over it; they weren't intended to be used at the moment of projection. If you use the high models you'll end up having the following problems: weird artifacts, strange behavior of the projected texture on your mesh and crazy rendering time that you don't want!

So as you can see in this scene we replaced our original high model scenario with a proxy version of it, and for all the elements such as tables, musical instruments, shelves, etc we simply used plane meshes for each object.

Here are some useful tips about the setup that worked best for us:

You may find some differences when you compare the original paint you made with the projected render, like over-exposure, brightness and contrast differences, etc. This was a problem we suffered at the beginning. We erased all the lights in the scene but the problem was still there and it was really annoying. We found out that by changing the settings of levels and ambient from the global lighting it worked just fine, so we changed the level to 0 and Ambient to pure white (Fig.16).
When you export your paint images for projection, remember to save the alpha channel data. You can use extensions like TIFF or TGA for that.

Keep it simple when moving the camera around. This technique gives you the possibility of using a single frame paint and moving a camera around, but it doesn't make miracles! 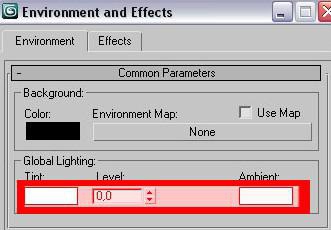 The render stage in this scene was really easy and enjoyable! The only thing we rendered traditionally was the character; we used the high model scenario to place our character and to add the lights in order to use it to cast the shadows properly. Then the rest of the elements were all projected and rendered separately.

We took all the renders to the composition software and we just layered them following the correct order of relation towards the camera. Then we took advantage of having each element separated so that we could adjust levels, brightness, contrast, color correction - anything that helped us to create a sense of depth in our composition (Fig.17 & Fig.18) (Mov.03). 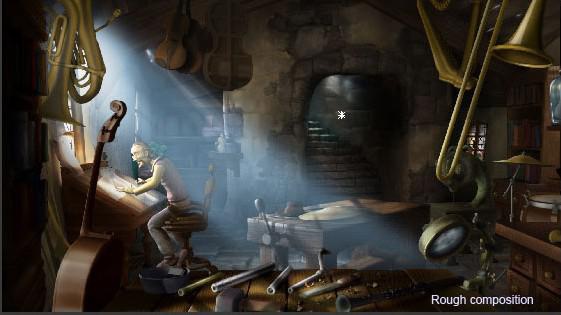 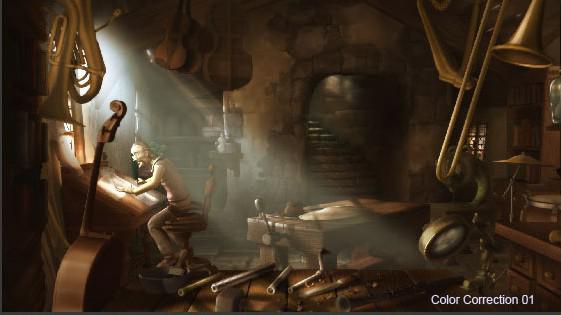 We hope this Making Of overview helps you in some way and we just want to point out that this workflow is the one that worked for us, but that doesn't mean it's the best one.