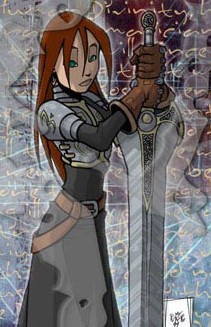 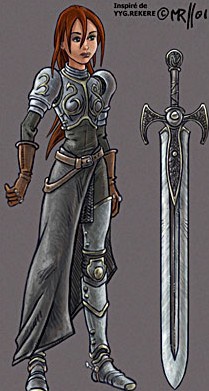 While visiting the site of YYG.REKERE, I was very impressed with gallery of characters and though it would be great to model one of them. I decided to create this tutorial about modeling and texturing while working on this character.

I would like to thank him for the kind authorization to make this tutorial and for inspiring me by his illustration
of Joan of Arc. Check out his site.

This is the final tutorial I will be doing for 3DSMax.
It takes lot of time to develop this tutorial and I would like to dedicate more time to my personal projects. 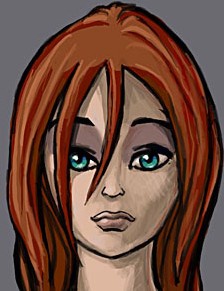 Before I start modeling, I prefer to prepare drawings and sketches to precisely define the look of the character. 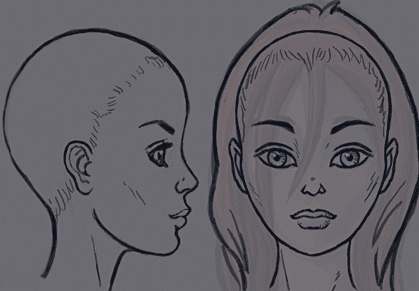 Here I carried out the minimum necessary i.e. picture in 3/4 view, color for future textures, picture of the face and body from front and left side. 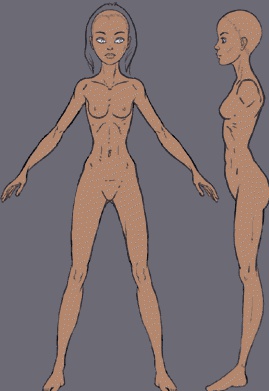 The complete set of pictures for a full design could comprise various sketches of the face, perspective, 3/4 view and the back of the character, varoius standard expressions for the faces for possible moprh targets.

This would build the personnality of the character.

However, this is not a tutorial on Character Design :)

The method we will use for modeling is called the low polygon modeling (LPM) as the inital stage and then sub-divided and smoothed with the meshsmooth modifer set to NURMS mode.

This technique starts to be really interesting from max 4 version onwards, and you will see its advantages at the time of the mapping and the skinning.

To use this tutorial you need to understand basics of polygon modeling already.